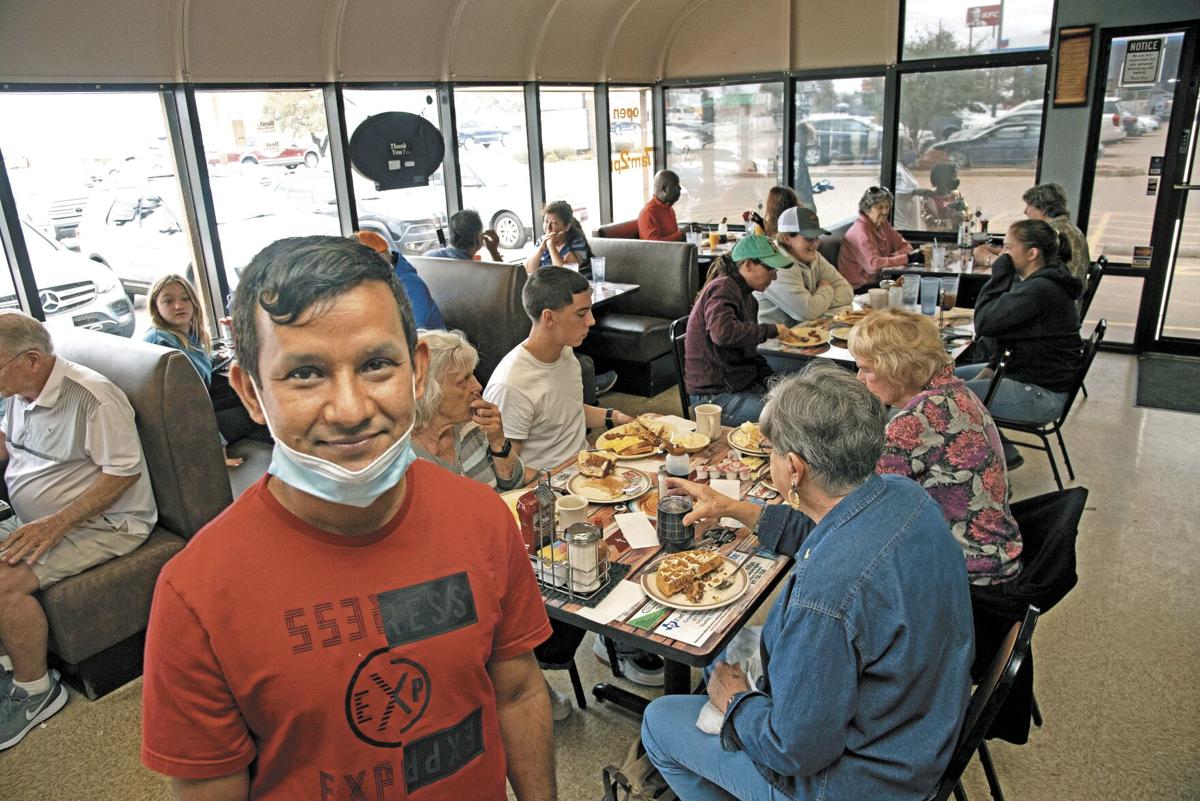 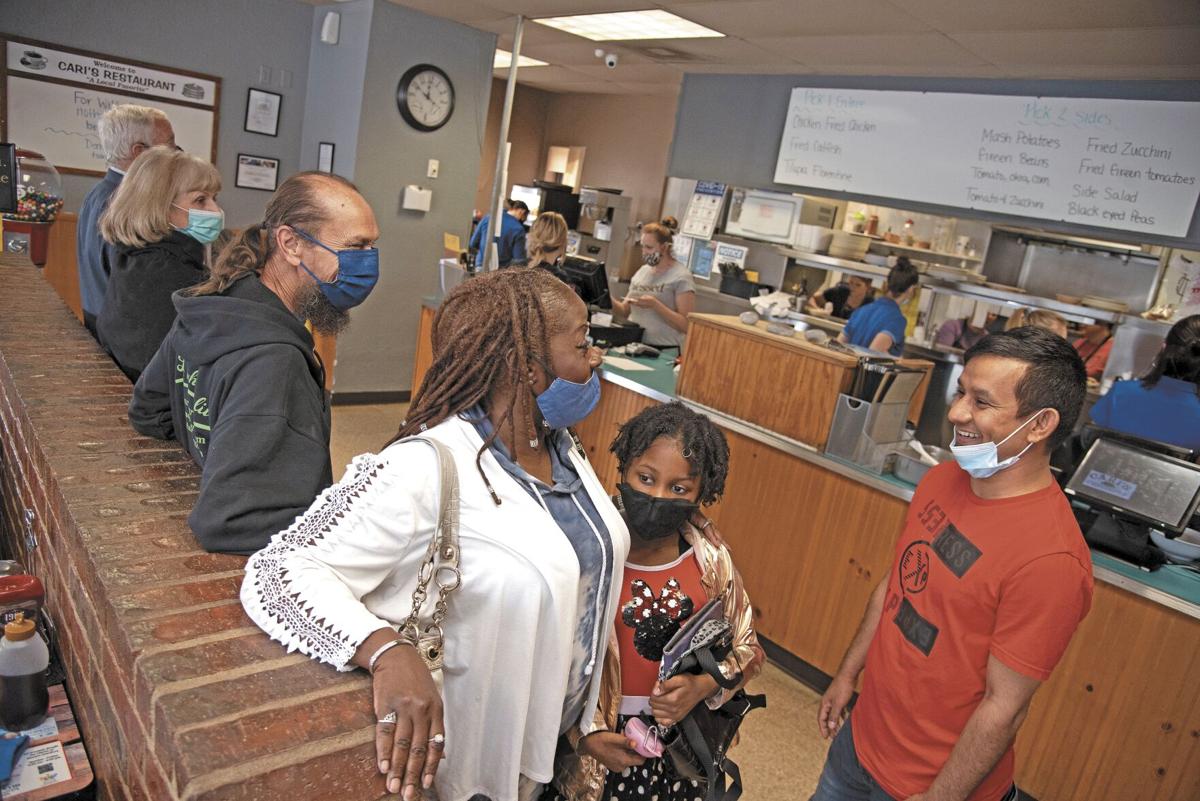 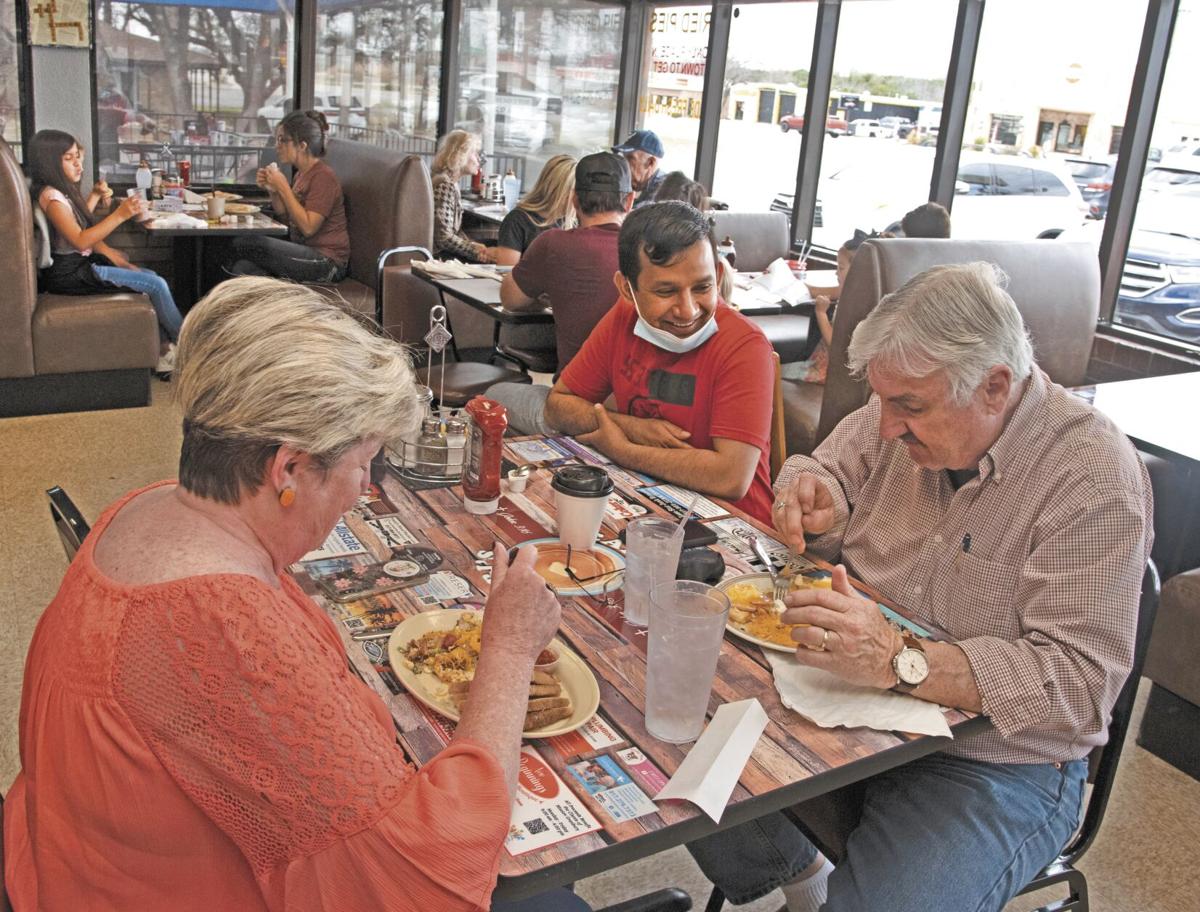 Marvin Karki has come a long way since that time when, as a young man new to this country, he told a customer at the diner he co-owned that the cook would not be able to prepare him a cheeseburger.

“I told him, ‘Sir, we only have hamburger. We don’t have cheeseburger here,” the Nepal native said.

Karki, who earlier this month became the new owner of Cari’s restaurant, a local institution popular for its breakfast and brunch fare, laughs at that incident with self-deprecation.

“I didn’t understand,” he said, explaining that, for all he knew back then, a cheeseburger was entirely different from a hamburger.

Karki, 40, moved to this country in 2008. In Nepal, a sovereign country in South Asia that lies between India and the Tibet Autonomous Region of China, he owned a private school at the age of 21. He said that he served as its principal and had 47 employees.

Karki’s first job after coming to America was at Walmart. He worked there for six months and then began pursuing his dream to be an independent businessman.

At the same time Karki was working toward a master’s degree in business administration (MBA), which he obtained from Upper Iowa University in 2018, he owned four businesses in Waterloo – two restaurants, a bar and a convenience store.

His wife Sumi earned an MBA last year, and his niece, Pragati Sharma, who is helping him at Cari’s, also recently obtained an MBA.

The Karkis moved to Keller in 2018 and are the owners of the Beacon Cafe on Beach, a diner similar to Cari’s.

The couple has a son, 12, and a daughter, 8. Karki said that the family will soon relocate to Granbury. For now, he’s making the drive every day, which is about an hour each way.

Karki took ownership of Cari’s two weeks ago, buying the restaurant from longtime owner Cari Gradney. He said he doesn’t intend to change a thing, not even the name. Loyal customers will still be able to order the usual Eggs Benedict, pumpkin pancakes and BLTs.

All 14 employees have stayed on as well, and Karki is thankful. Although he has plenty of experience in the food industry, he is nevertheless learning how things are done at Cari’s while also learning the culture of Granbury, which is different from that of Waterloo, Iowa.

Granbury and Waterloo are both wonderful towns in Karki’s view, but they are not the same.

Karki met Gradney in 2014 after his brother-in-law, who owns the nearby Chevron station and convenience store, told him that she was interested in selling.

But Gradney wasn’t quite ready and neither was Karki.

For Karki, buying the diner would mean having to come up with the money and also making a lot of life changes. And, too, he wasn’t sure about it at first.

Thinking he wanted to be in a bigger city, Karki looked within a one-hour driving radius around the Dallas-Fort Worth area for possible business ventures.

“I don’t find better than this one. I don’t find it,” he said, referring to all the pluses that Cari’s and Granbury had to offer.

One of the pluses was the hours. Cari’s is open Tuesday through Sunday from 7 a.m. to 2 p.m. Since the restaurant doesn’t serve dinner, Karki has more time to spend with his family.

Karki said that for a while he was planning to participate in a business venture in Bridgeport that involved the purchase of 118 acres. The down payment was similar to the purchase price for Cari’s.

He thought about mentioning the diner to his Bridgeport business partner and suggesting that they go in together on Cari’s instead, but something stopped him.

One day Karki decided to move forward with attempting the purchase on his own. He put out inquiries to banks. Some of them were willing to loan him part of the amount needed but not all, and some were hesitant to loan him anything because of COVID-19’s impact on the restaurant industry.

“I said, God, what my option now?” Karki related.

Karki began reaching out to family members and “very good friends” for loans. He had helped some of them financially over the years.

God had provided an option.

Since buying Cari’s, Karki has been introducing himself to customers, filling their coffee cups while getting to know them and letting them get to know him.

He indicated that he has received nothing but support.

“Everybody excited for this place,” he said. “Everybody tell me, hey, Marvin, whatever you do, keep Cari like Cari. This is legacy.”

It certainly is for Gradney’s longtime employees, some of whom cried over the sale, not because they dislike Karki but because they love Gradney.

For 17-year-old Lexsee Boone, whose mother was once a waitress there but “hasn’t really been in the picture that much,” Gradney was a second mom.

“She was very protective over all of us,” Boone said.

Daria Cradduck, who has worked there for eight years, said that she was “a crybaby” at first.

“It wasn’t too bad until we tried to do the truck order and we called her,” she said of Gradney and the emotions that hit at unexpected moments.

Cradduck said that she moved to Granbury eight years ago because she was helping her dad and was also going through a divorce. She didn’t plan on staying but liked Granbury and liked Cari’s. During her time there, she has become skilled at waiting tables, working the cash register, cooking and washing dishes.

Adjusting to having Karki as a boss has been “pretty easy,” she said.

“He jumped in with both feet. He’s been trying to learn it all. He knows what he’s doing, it’s just a matter of (learning) how we do it here,” Cradduck stated.

Manager Amanda McNatt said Gradney asked the employees to “stay here and run the restaurant the way that she would run the restaurant. And so that’s what we’re doing. And Marvin’s a great boss. We’re just working to build our relationship with Marvin to carry on what Cari created.”

Karki believes in God and believes that everyone is here for a reason. He feels that God gave him gifts and that maybe his purpose is to provide jobs for others.

Karki hopes to do so well with Cari’s that he will one day open a second restaurant here in the town where he and his wife plan to retire one day.

Sitting in a booth after the final customer had left for the day and employees prepared to close, Karki pondered God’s plan, his role in it and his own ambitions.

“Got big dream, you know?” he said with a smile.