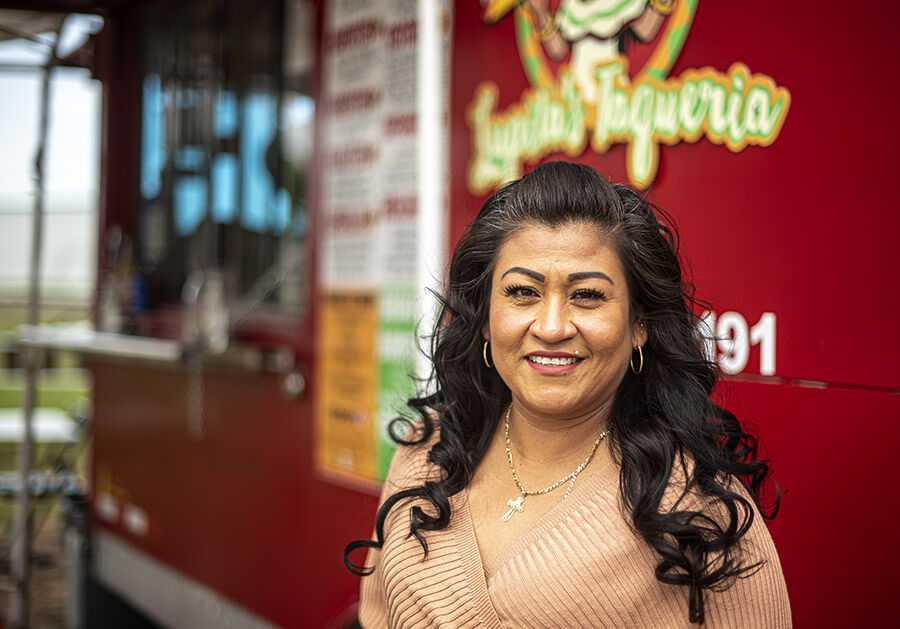 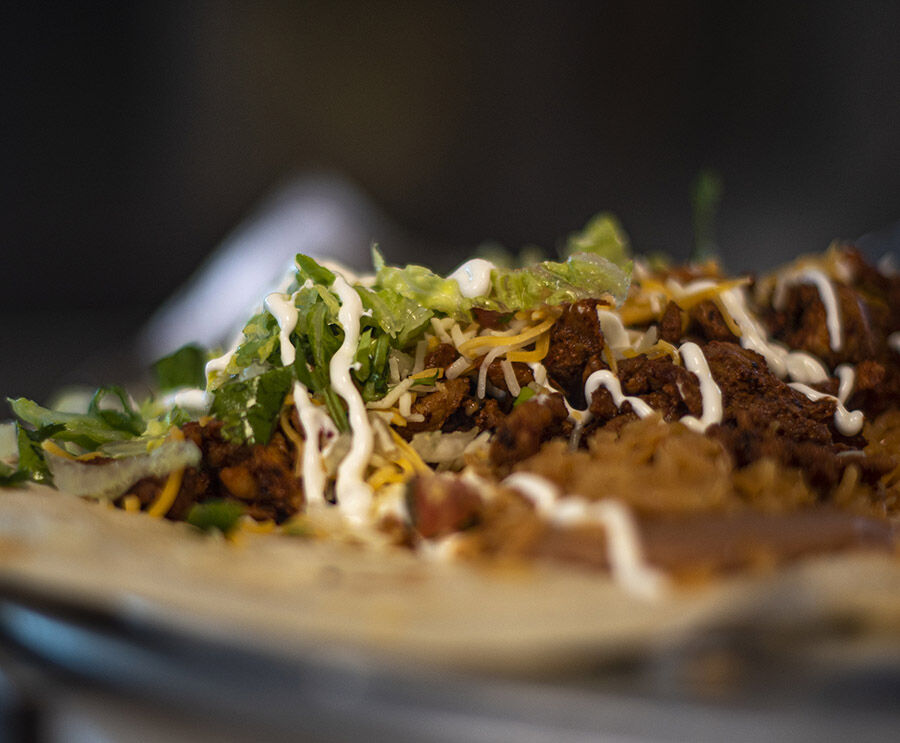 An al pastor burrito, served hot and fresh at the Lupita's Taqueria food trailer at Hwy. 144 near Mambrino Highway. 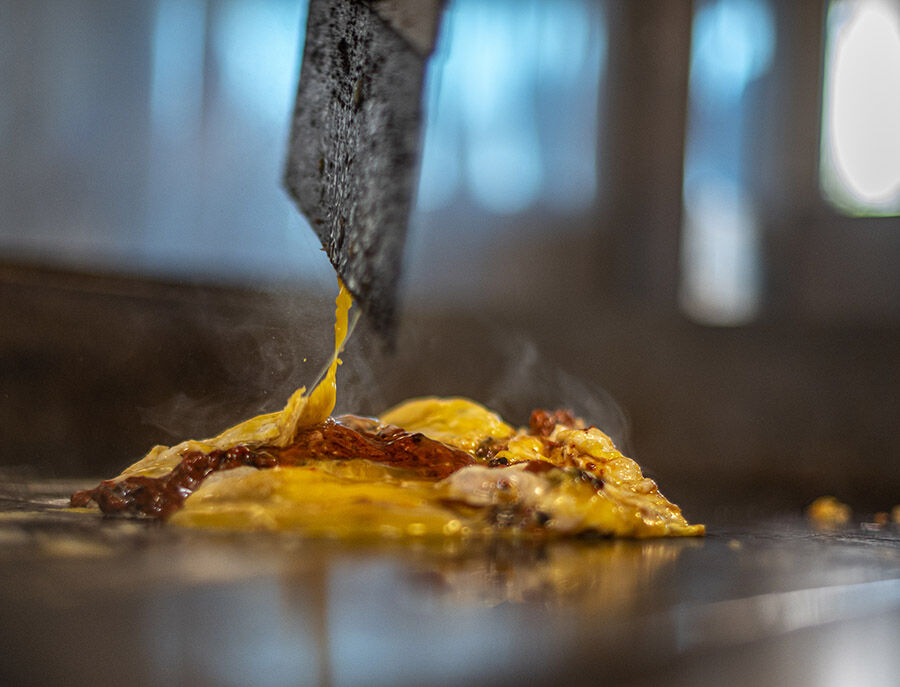 Egg and chorizo cooking on the griddle at Lupita's Taqueria. 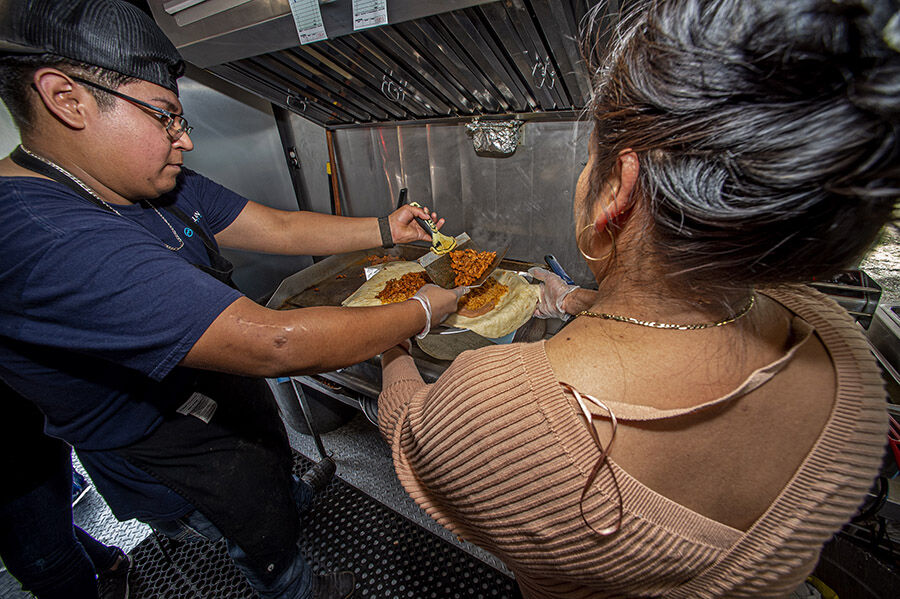 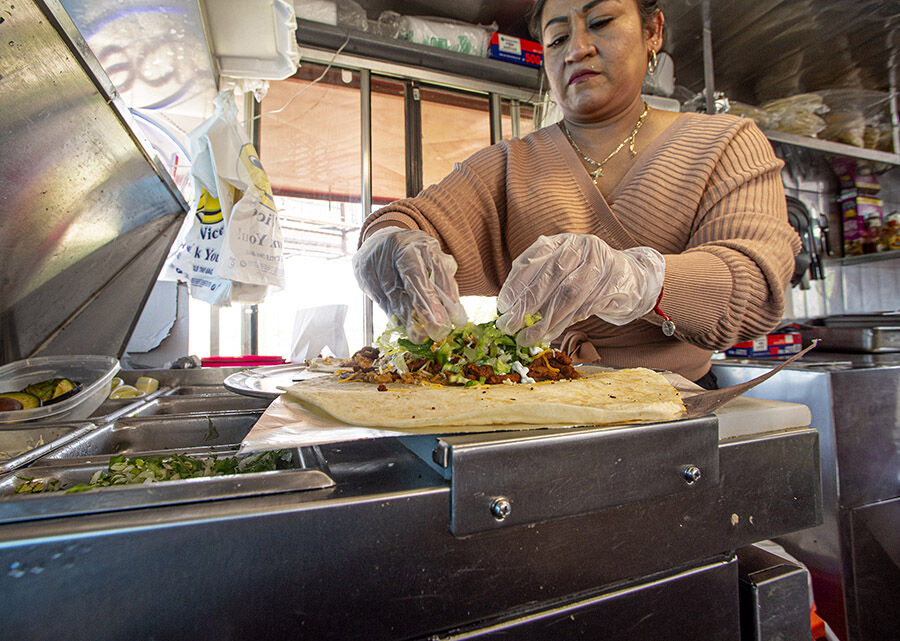 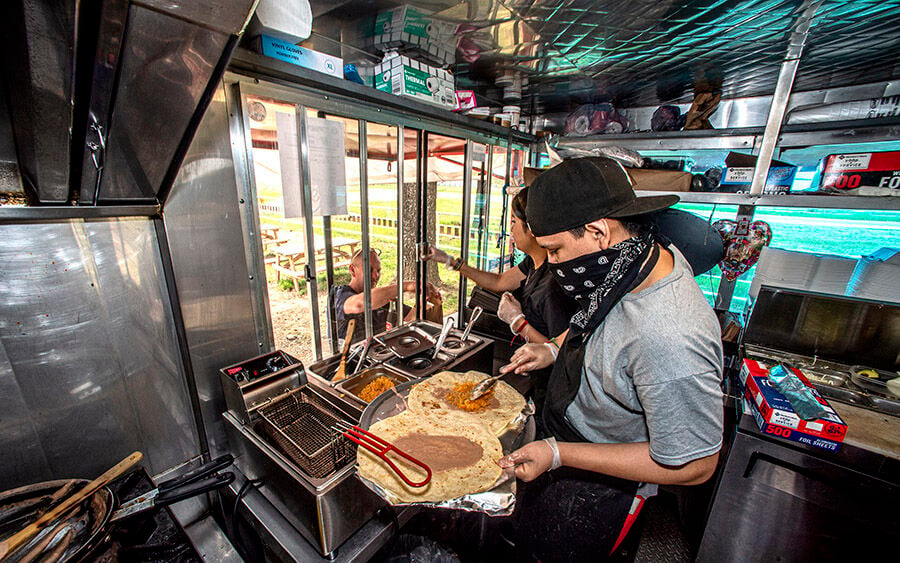 Jose Gorgora, front, and Anna Garza fill orders for customers at the window of Lupita's Taqueria.

An al pastor burrito, served hot and fresh at the Lupita's Taqueria food trailer at Hwy. 144 near Mambrino Highway.

Egg and chorizo cooking on the griddle at Lupita's Taqueria.

Jose Gorgora, front, and Anna Garza fill orders for customers at the window of Lupita's Taqueria.

If you don’t already know, that’s Spanish for “Oh, my God,” and you just might be saying that after taking a bite of the true Mexican fare cooked and served fresh at Lupita’s Taqueria.

The little red food trailer has migrated from Glen Rose to just south of the SH 144/Mambrino Highway intersection. (If you’re driving from Granbury toward Glen Rose on 144, it’s on the left.)

Owned by Maria Uriostegui and operated with the help of family members, the trailer’s service window opened for business in December 2019.

Uriostegui’s confidence had been boosted to a point where she decided to stop dishing up Tex-Mex at other people’s restaurants and start selling her own recipes made with the distinctive flavors of her native Guerrero, a state on Mexico’s Pacific Coast containing the resort city of Acapulco.

Uriostegui, 46, had worked as a server for years, working at one Tex-Mex restaurant during the day and another one at night. The mother of four worked in the food industry in Mexico as well before moving here 25 years ago to “follow the American dream” and earn a better living for her family.

The food industry jobs in Glen Rose brought Uriostegui into contact with workers at the Comanche Peak Nuclear Power Plant. As friendships developed, she told them about how, from the time she was 7, her mother had taught her how to make fresh tortillas and other delicious native dishes.

One of those employees knows her husband, Javier Galindo, and once took a plate of Uriostegui’s homecooked food with him to work after visiting at their home.

Word spread at the nuclear power plant like a mushroom cloud, and soon Uriostegui began receiving order requests for 10 plates of food, then 30, then 50. After a while, she began thinking that maybe her food was good enough to sell to the general public.

Oscar Suarez, one of Uriostegui’s sons, said that when his mother opened Lupita’s at a gas station across from the Somervell County Expo Center, the owner got mad because crowds grew so large that it became difficult for his customers with trailers to pump gas. (Uriostegui is not fluent in English, so Suarez interpreted for her for an interview with the Hood County News.)

At the Glen Rose location, Uriostegui had to drive the trailer home every night, which was a pain. When she nearly had an accident while hauling the trailer, she began scouting for a new location.

At the Hood County site, she is able to leave the trailer overnight and drive it to her nearby home once a week for a good cleaning. She is also able to have a few outdoor tables and chairs, and there is a parking lot where she doesn’t have to worry about customers blocking gas pumps.

A Catholic, Uriostegui named her food trailer Lupita’s in honor of Our Lady of Guadalupe, or the Virgin Mary, and also in honor of her own daughter.

Suarez said that most of Lupita’s customers in Glen Rose were tourists and nuclear plant loyalists. At the Hood County location, customers include Pecan Plantation residents, area workers and the same nuclear power plant fans who love her food so much they are willing to drive a longer distance for her tacos, tortas, burritos, tostadas, gorditas, flautas, empanadas and other menu items.

Uriostegui has been doing so well with Lupita’s that she has acquired a second trailer and is planning a return to Somervell County. She plans to open Christina’s by Hammond’s BBQ in May or June. That trailer is larger, and the additional room will allow for the preparation of other recipes passed on to her by her mother, who died last year.

When she opens Christina’s in Glen Rose, Uriostegui plans to hire employees and have the same hours of operation as Lupita’s.

Her family-dominated operation offers catering services in addition to take-out.

Although her focus for now is on her food trailers, Uriostegui hopes to one day pursue another “American dream”: opening her own brick-and-mortar restaurant.