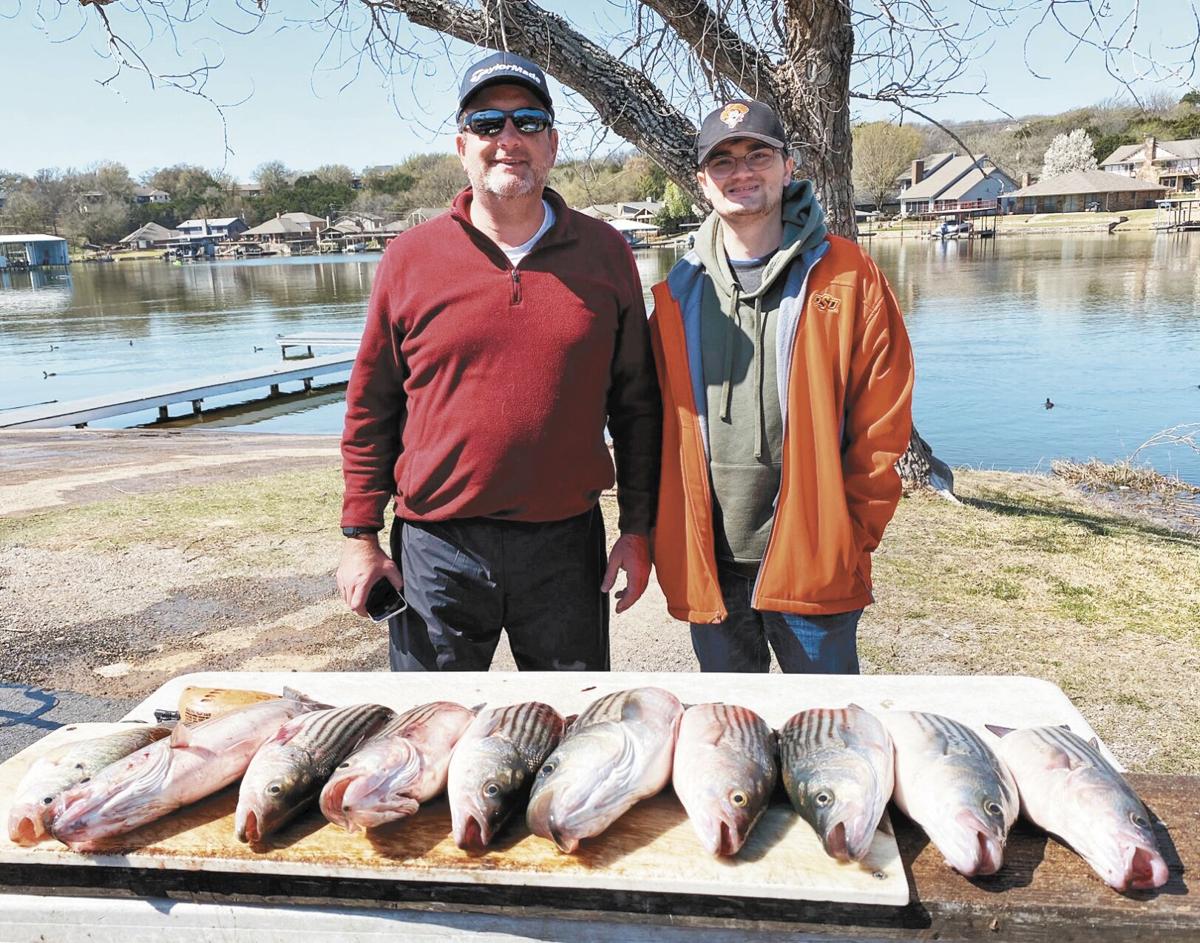 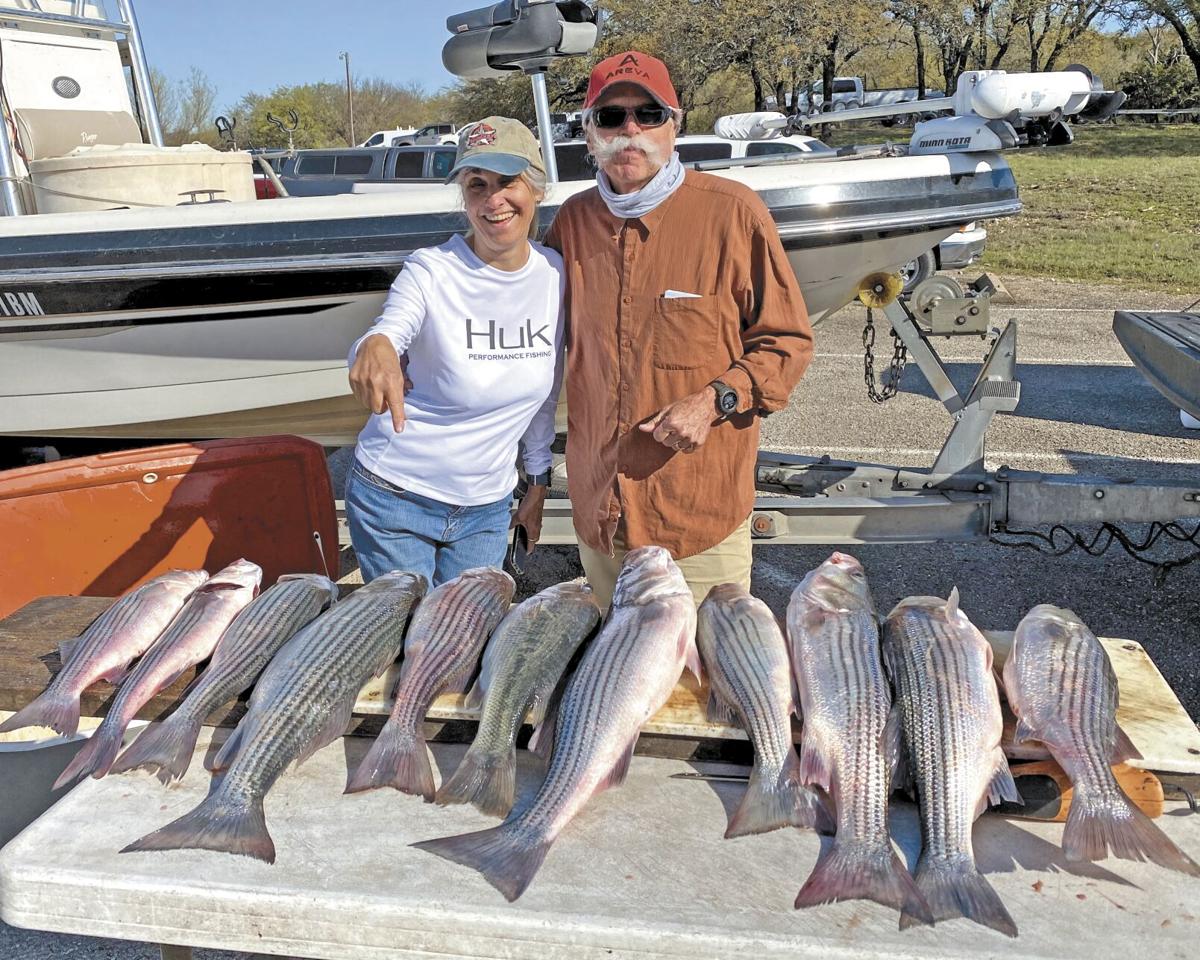 Many folks focus on slabs, crappie or — as they call them in Louisiana, sac-a-lait — in the spring.  These tasty species can be caught most anytime of the year, but during the spawn they move up in numbers in real shallow water. These fish are very predictable this time of the year and they are relatively easy to catch.

The crappie fishing on Lake Granbury has been really good.  Good catches are reported on many creeks, canals and in the river upstream near Tin Top.   The key is to locate fish in these high percentage spawning areas. Typically these areas are extremely shallow flat areas with plenty of weeds/structure and/or rip rap.  Getting to these areas with a carefully placed jig or minnow, you will more than likely get hooked up.    Crappies tend to move more than many folks think. Prior to spawning when the shallow water warms, these fish will make early season runs into shallow water to feed and then move back out deeper. These early runs are generally prior to spawning.

Many anglers will fish the backs of creeks waiting for schools of these fish to pass through.  Typically these early spring runs will be later in the day as the shallow water warms much quicker and baitfish and predators will move in. When you do get on a moving school the action can be fast and furious.  With water temperatures in the 60s, these crappies will locate to suitable spawning areas. This event is currently ongoing and has been for a few weeks.  Usually it takes a steady water temperature, which means that some consistent weather will make it prime for their spawn.  Some of the best areas I have found for catching spawning crappie are areas with reeds typically in the back of sloughs and creeks. Other areas with a lot of brush and weeds can also produce. They will get in the midst of this structure and set up their beds.   When working these shallow areas, you need to make sure you do not spook the fish. This is the time where you need to be quiet, especially if you are close to the fish. Too much movement where the fish can sense you or see you and you will probably not get bit.

I would work the edges of these structures with a long cane pole or crappie rod. After working the outskirts, you then can start moving your boat into the weed beds slowly working the area. Some folks will cast a small jig or minnow on a float to stay away from the bedding areas.  Casting can make splashes that can spook the fish so be careful.

An effective pattern is to use small jigs on light fluorocarbon leader (4- to 6-pound test). 1/32nd or 1/64 ounce feathered jigs or tube jigs carefully placed on the bedding areas will get you a strike. Some will use a really small float to keep the jig suspended. Place your jig or minnow carefully, as too much of an unnatural action may spook the fish.  Some common colors that are effective include white, chartreuse, black and pink.  If you happen to accidentally spook some fish, those fish will settle down eventually. You might just have to come back to that area a little later.    Unlike striper fishing, spring crappie fishing is generally known to be better during nice weather so a nice warmer afternoon may be a great time to head out.  If the water is clear, you may be able to see the fish with a good set of sunglasses.  Many anglers will sight fish for the bedding crappies.

Nothing is better than a mess of crappie filets in the frying pan with fries or hush puppies.  These are known to many as the best eating fish around.  If you are a crappie angler you know what I am talking about.

Water temperatures are in the low to middle 60s and the spring feeding continues for all species. Lake Granbury sand bass and crappie fishing is good in the river above Granbury near Tin Top.  Most every creek and/or slough has crappie being caught.  Striped bass are good to excellent to 11 pounds on swim baits or live shad fished from Sandy point to the Shores of Granbury. Largemouth bass continue to be good to 6 pounds near bedding areas in the backs of most every creek. Catfish are good on feeding flats on cut bait or other prepared baits. Big blue cats continue to be caught on the upper ends.

On other reservoirs, Lake Whitney striped bass continue to be excellent to 13 pounds on Alabama rigs and live bait fished near McCown Valley. Possum Kingdom Lake striped bass and white bass are good near the state park and near Costello Island.

As a licensed professional fishing guide, Michael Acosta shows you how to find them. A Granbury resident of more than 35 years, he has been fishing all of his life, and has been a licensed guide since 1998.