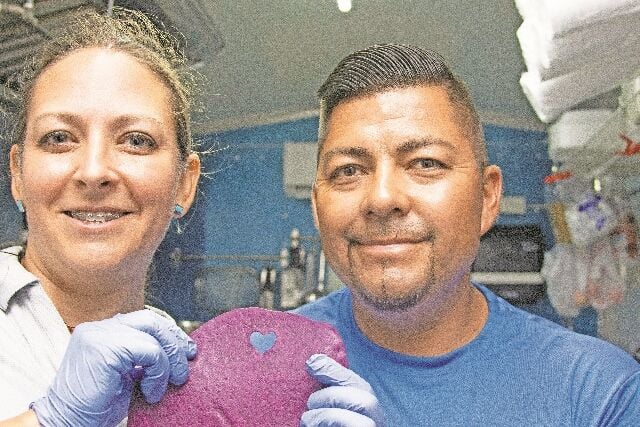 PERFECT PAIRING: Jessica Stangenwald and Juan Martinez are partners in their personal lives as well as in their sideline taco truck business. 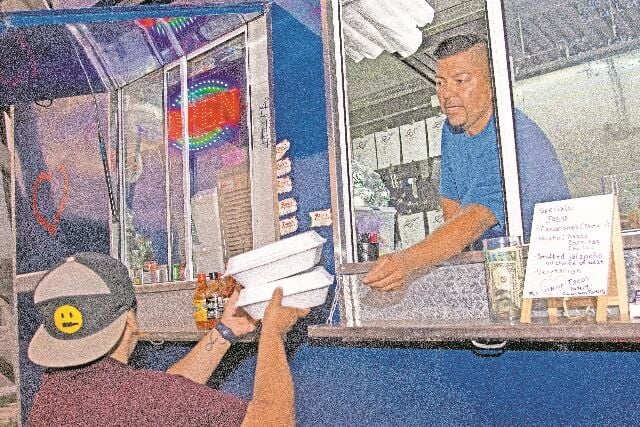 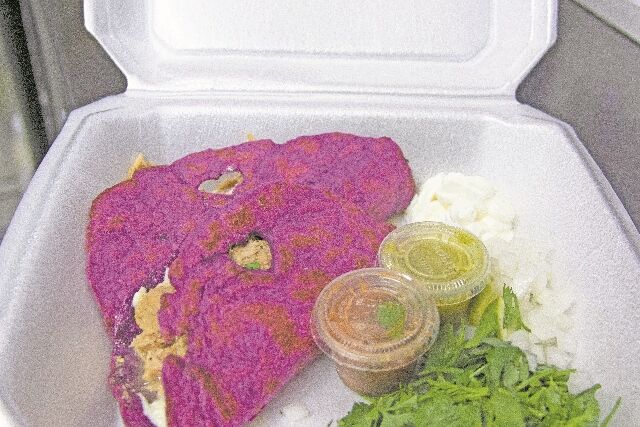 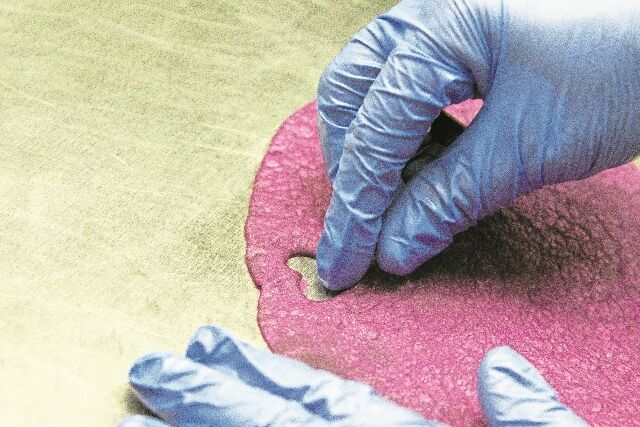 MADE WITH LOVE: Co-owner Jessica Stangenwald stamps each of her handmade tortillas with a heart.

PERFECT PAIRING: Jessica Stangenwald and Juan Martinez are partners in their personal lives as well as in their sideline taco truck business.

MADE WITH LOVE: Co-owner Jessica Stangenwald stamps each of her handmade tortillas with a heart.

Jessica Stangenwald and Juan Martinez are no strangers to hard work. Each is involved in multiple business endeavors, and each is raising children. Jessica has four daughters, and Juan has three sons.

Martinez, a 2005 graduate of Granbury High School, manages Accent Rock in Granbury. He also has his own landscaping company and a power washing business.

Stangenwald, who lives in Euless, is a chiropractor and a family nurse practitioner. She also owns Anytime Fitness in Granbury.

So, what in the world made Martinez want to add operating a taco truck to his to-do list, and what possessed Stangenwald to agree to the idea?

Maybe it has to do with the fact that the couple just seems to click, and when they started tossing around ideas about what operating a taco truck might look like, things just took off.

“Juan and I both love tacos,” Stangenwald said. “We could eat tacos every day.”

One of them, they can’t remember now which one, came up with the idea of coloring the homemade taco shells a shade of Granbury Pirate purple. The purple of the taco shells and the green of the lettuce combine to make a colorful, appealing meal.

As an added touch, Stangenwald stamps each taco shell with a heart.

“This stuff is really made with love,” she said. “This is not fast food.”

Mi Amor means ‘my love,’ which is a term of endearment Stangenwald frequently uses when referring to Martinez. The couple is not married, but they are partners in every sense.

The pair operate their taco truck from the parking lot of Anytime Fitness at 4305 East U.S. Highway 377. There are eight picnic tables.

For most people, eating tacos is a treat by itself, but Stangenwald and Martinez add to the fun by offering yard-sized versions of games such as Jenga, Dominoes, Checkers, Connect 4, Ladder Ball, and cornhole.

The couple also provide chalk and block off a portion of the parking lot where kids can create their own works of art.

The food truck’s hours of operation are limited. It is open only on some Friday and Saturday evenings, from 7 p.m. to midnight. It is closed on weekends when Stangenwald’s girls have cheer or gymnastics events or when there is some other type of commitment involving the kids.

Martinez and Stangenwald communicate with customers verbally about upcoming dates when they know they’ll be closed and post information on their Mi Amor Tacos Facebook page.

“We want to take time for our children and make sure that they get quality time (with us),” Martinez explained. “The people with children understand.”

The entrepreneurs are proud that everything they serve is fresh, and the corn and flour tortillas are made by Stangenwald on site. Customers can watch her make them through the truck’s window.

“And we use nothing but the finest meat,” Martinez said. “When I cut the meat, I make sure I cut off most of the fat.”

The purple coloring, using in professional bakeries, does not change the flavor of the taco shells, Stangenwald noted.

The couple also serves a purple-colored beverage: Horchata. It is a sweet Mexican drink made from rice, cinnamon sticks, hot water, and other ingredients.

Elote, or Mexican corn in a cup, is also on the menu, and there are food and drink specials. Regular drinks on the menu include Coke, Diet Coke, orange, Sprite, Dr Pepper, bottled water, Mexican Coke and Topo Chico (Mexican sparkling water).

“That way,” she said, “if they’ve been working on a house project or they just finished their kid’s baseball game, or whatever, they can have fresh food.”