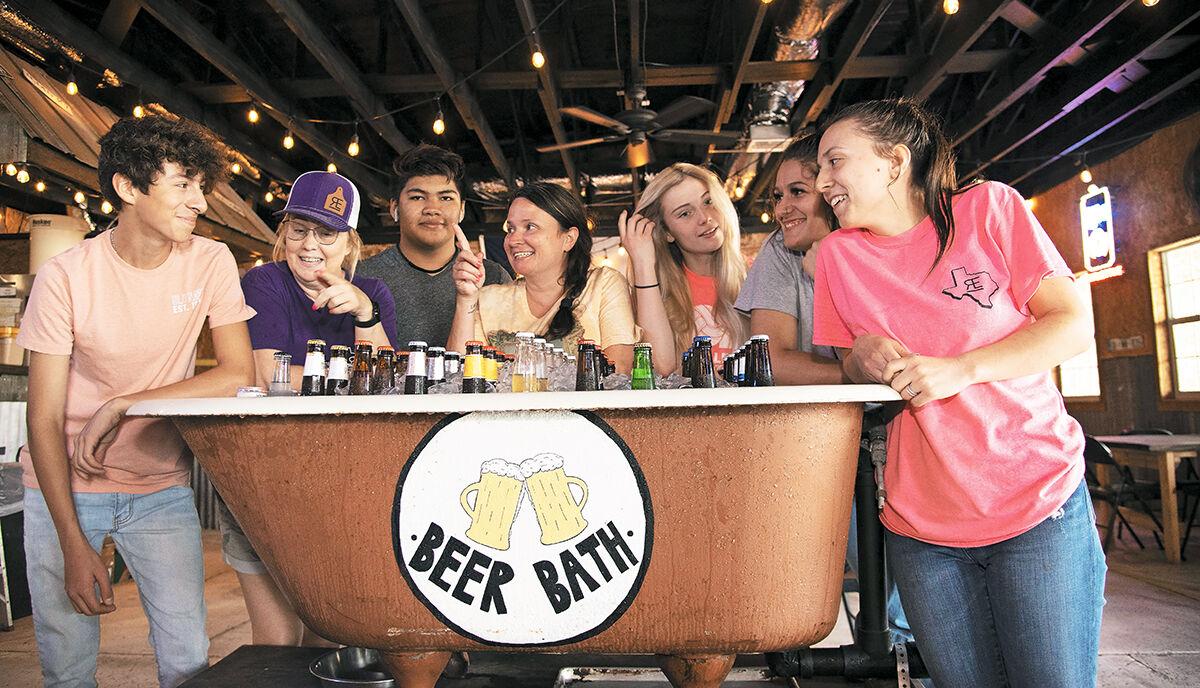 A crew of staffers serves up burgers, beer and more at Razorz Edge in Tolar. 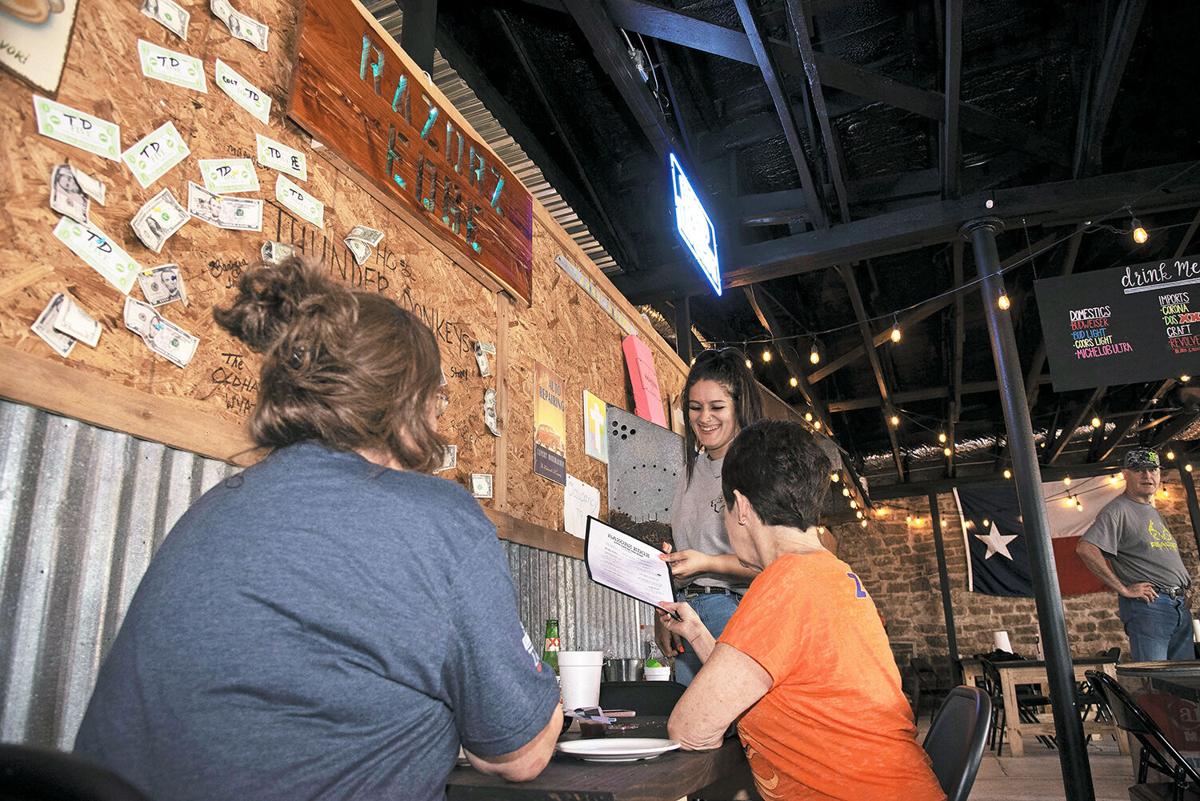 Owners Lauri and Bill Rousseau streamlined their menu when they opened Razorz Edge during the pandemic, but there are still plenty of choices. 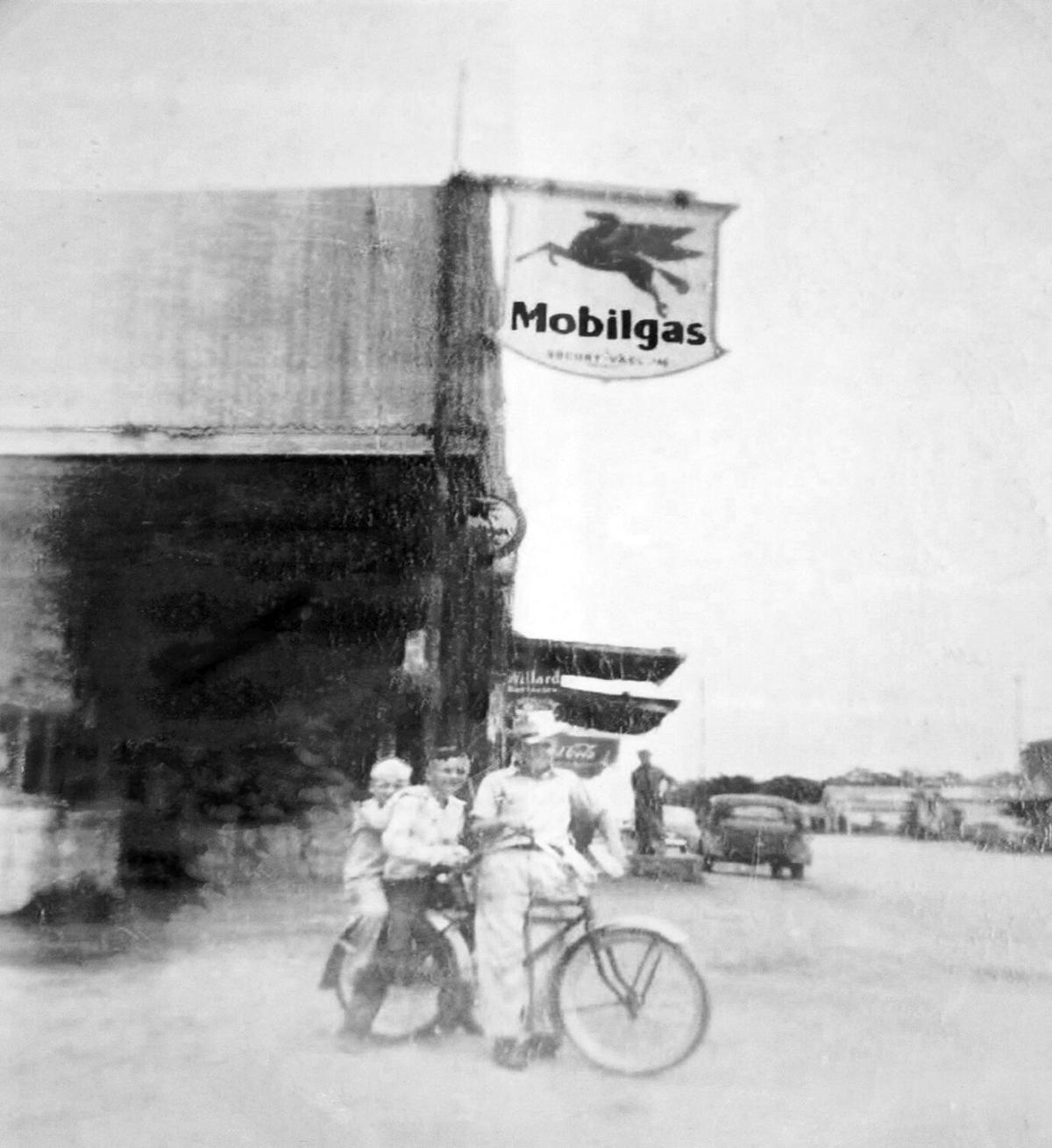 This vintage photo of the main strip in Tolar shows where Razorz Edge is located today. 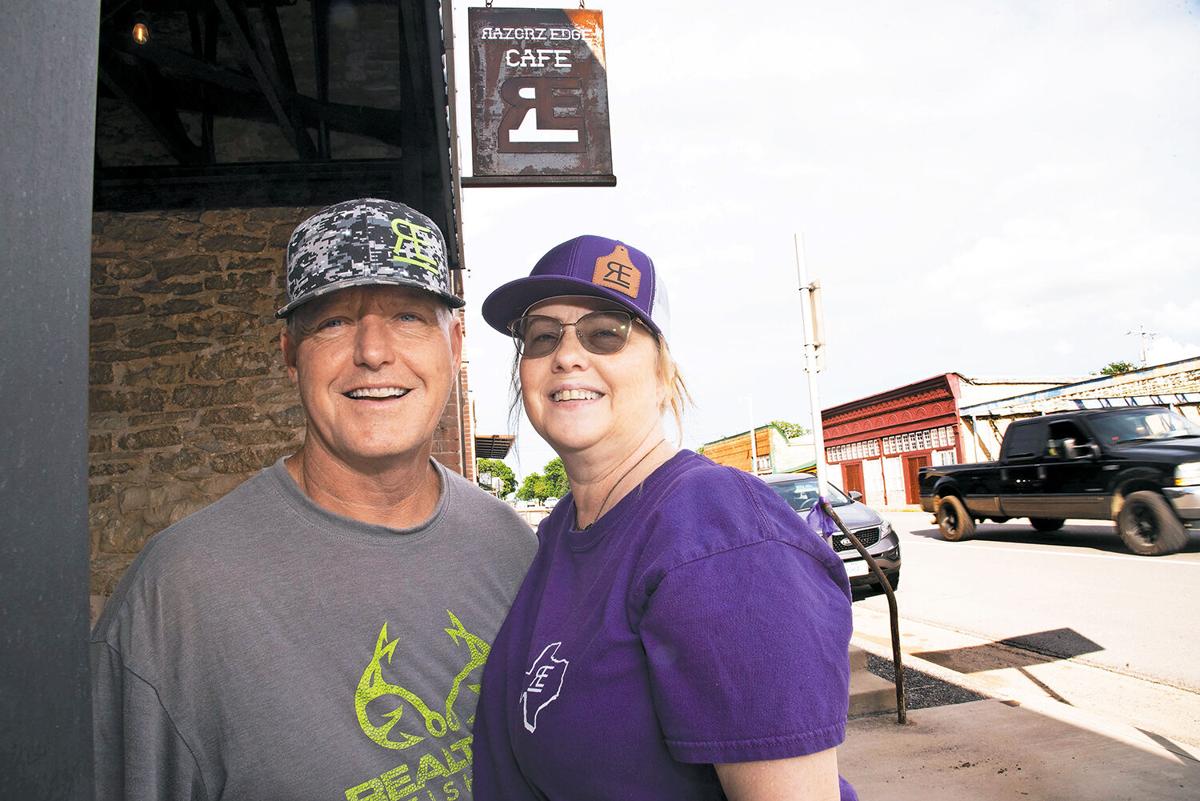 A crew of staffers serves up burgers, beer and more at Razorz Edge in Tolar.

Owners Lauri and Bill Rousseau streamlined their menu when they opened Razorz Edge during the pandemic, but there are still plenty of choices.

This vintage photo of the main strip in Tolar shows where Razorz Edge is located today.

Some people might think that a risky move such as opening a restaurant during a pandemic is living on the edge.

It is perhaps appropriate then that Lauri and Bill Rousseau’s casual dining eatery in Tolar is called Razorz Edge Bar & Grill. The menu even encourages patrons to “Live life on the edge.”

Razorz Edge opened on the town’s main strip, at 8718 W. US Hwy. 377, last November. Because of COVID-19, the Rousseaus felt they would be wise to keep their menu simple.

The starter selection includes onion rings, fried pickles, chips and salsa, and cheese fries, and there are four burger variations. Sandwich choices are patty melts, grilled chicken, ham and cheese, and club. There is a dinner salad and chef salad.

Those in the mood for a hearty entre can take their pick from ribeye steak, chicken fried steak, chicken strips or hamburger steak, all served with fries. And, hey, why not have dessert? Razorz Edge offers only one, but it’s fried ice cream, so who needs another choice?

The Rousseaus moved to Hood County four years ago because Bill used to come to the area for team roping and they both fell in love with Granbury. They wanted the daughter who is still living at home to attend school in Tolar, though, so that’s why they put down roots there. Trinity will be a sophomore in the fall.

The couple lived in Tulia between Lubbock and Amarillo for more than 20 years and owned an insurance agency. They sold it to move Los Angeles for the benefit of their middle daughter, who did some acting.

After about five years in LA, the Rousseaus were ready to come back home to Texas. That’s when they set their sights on Tolar.

“We always knew we wanted to be in this area at a point in our lives, so when we were coming back from California, we were like, let’s do it,” Lauri said.

After going to the same Mexican food restaurant for three years, the couple decided to open their own restaurant to help expand the community's dining choices. They prayed about what to call it, and one day the name “Razorz Edge” popped into Bill’s head.

Lauri has some restaurant experience because her mother was in that line of work. At Razorz Edge, she does the cooking if the restaurant is short on kitchen staff. As for Bill, he likes to go from table to table welcoming patrons. The restaurant’s capacity is 78, but there is also seating on a front patio.

The Rousseaus are boosters of the community. They hosted a Tip A Senior night to raise money for Tolar High School’s Project Graduation.

The restaurant not only survived COVID-19 it has emerged from the worst of the pandemic with loyal customers, some of whom drive from Stephenville, Glen Rose, Weatherford and Fort Worth.