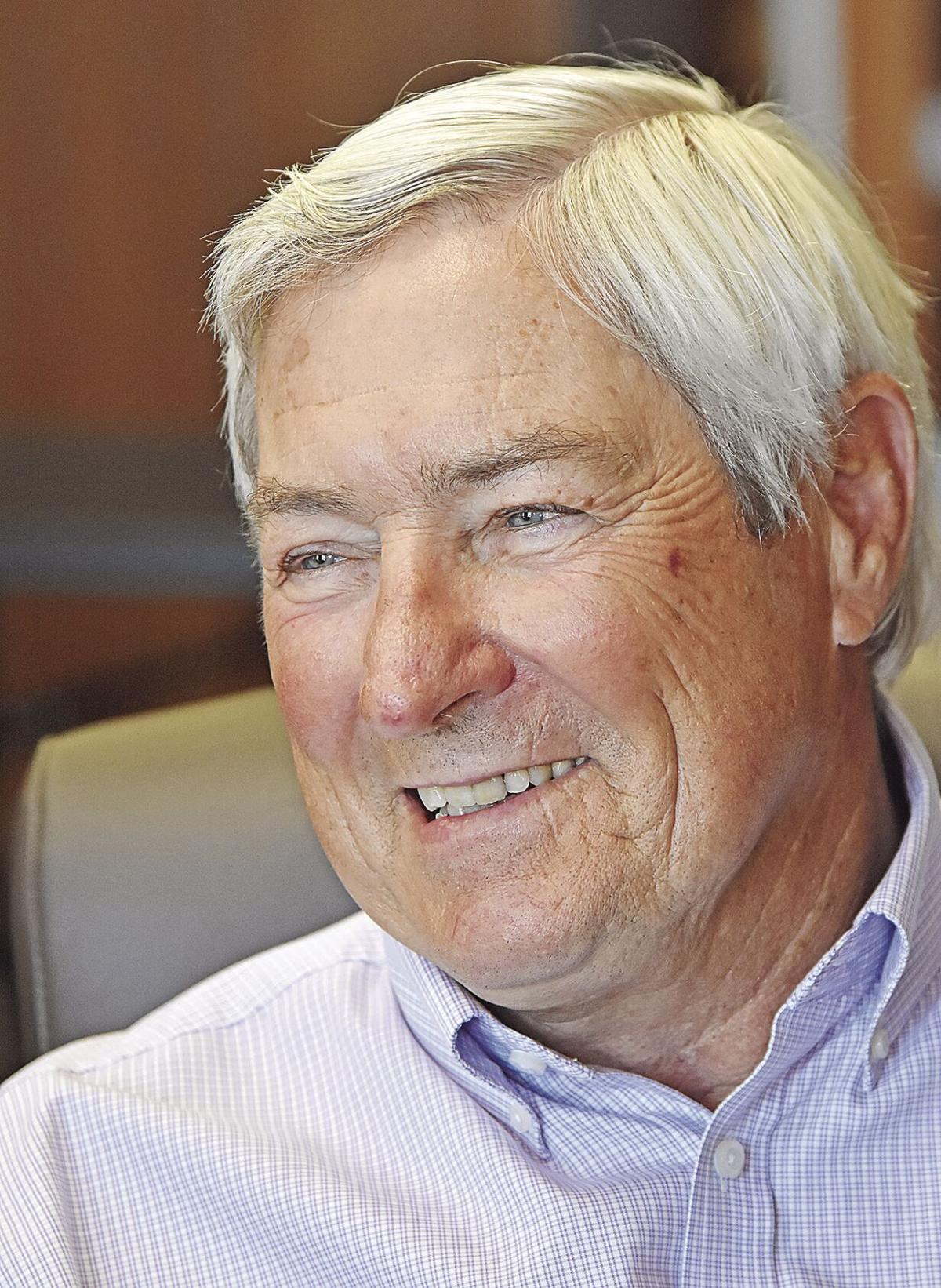 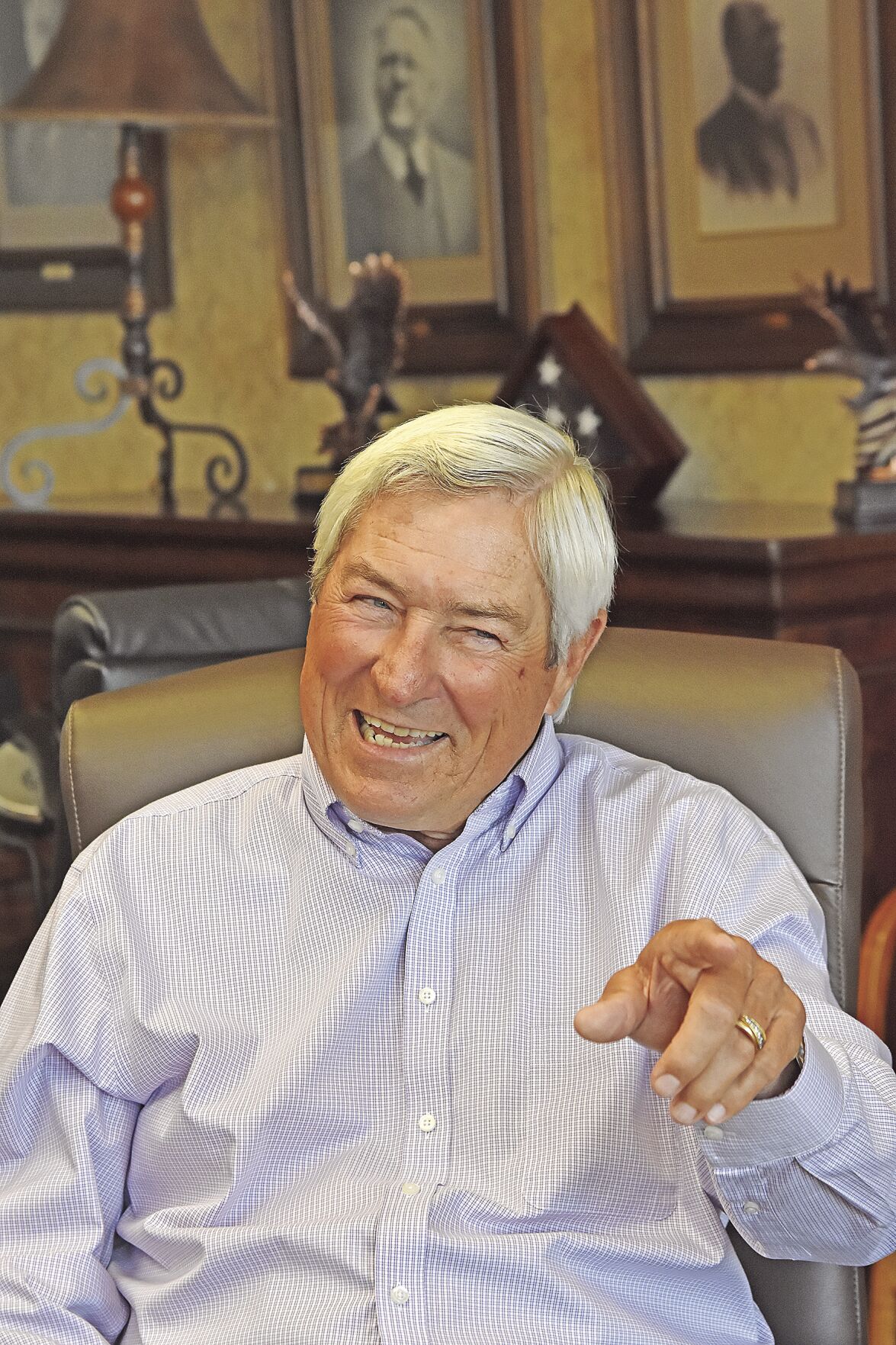 Imagine landing your first job after college and enjoying it so much that you never left — even 50 years later.

First National Bank President and CEO James Hodges, 73, never believed he would become a banker, much less, that he would make a lifetime career out of it.

“I didn't know what I wanted to be. When I started college, I thought I wanted to be a math major, because I was pretty good at math and then I ran into linear algebra. I didn't even understand that. I had to beg for a D, honestly. My mother was a math teacher and then, you know, she couldn't even help me," Hodges said, chuckling. “I got out of that major.”

Hodges was born in Gorman and raised in Granbury with his two brothers. He was active in all sports and received All-State recognition in football in 1966 as a member of the Granbury High School Pirates. Following his graduation from GHS in 1967, he attended Texas Christian University (TCU) on an athletic scholarship, where he lettered in football twice and received his bachelor’s degree in Business Administration in 1969.

It wasn’t until after he was about to graduate from college when he was approached by the father of John Henry Luton, the First National Bank of Granbury president at the time.

In 2015, he became the bank’s president and CEO, the position he holds today.

As he progressed up the ladder in his career, there were certain parts of his day-to-day routine that really fulfilled him as a banker.

“A customer counted on you. They came in and they needed the money, so it was a good, fulfilling kind of feeling,” he said. “Also, just generally working with good, honest people inside of the bank. Mr. Luton was a big influence on me and he said, ‘You treat people the way you want to be treated and you take care of everybody, but above everything else, you're gonna be honest, you’re gonna be fair and you're gonna follow rules,’ so that's what we've done all this time.”

First National Bank was chartered in 1887 by Texas pioneers Dan Cogdell, John Traylor, E.A. Hannaford, Jess Baker and James H. Doyle, according to the First National Bank website. The early years of the bank’s existence were economically prosperous for the area, but the Great Depression and droughts during the 1930s negatively impacted the community.

Over the years, First National Bank has grown exponentially — and this can be shown with the bank’s numbers.

“When I went to college, I had a pair of blue jeans, a couple of shirts, tennis shoes and that was it. All my worldly possessions were in one bag,” Hodges said. “And now Su Lin (wife of 52 years) and I own two cars. I will say that luck follows knowledge a lot of times and good luck follows hard work as well. More often than not hard work will overcome talent and attitude overcomes all of them. The only place that work doesn't come before success is in the dictionary.”

First National Bank of Granbury remains the only locally-owned community bank in Hood County, with 52% of the total local market continuing to choose FNB as their "hometown bank."

“When a new bank moves in, we still maintain our edge,” Hodges said. "Really, it's about the way we treat people and the way that word travels. People come in town to open their accounts and they say, ‘When I came to town, we asked our realtor where to bank and they said ‘First National, they're the only community bank in town.’' But there's a lot of people who move here and they already bank at Chase so we won't ever crack that nut, but if somebody comes to town and looks for a hometown bank, we're the only one left.”

In the 1980s, a gentleman who owned ceiling fan shops in Fort Worth, Granbury and Arlington filed bankruptcy. Hodges and crew had to go around the country loading ceiling fan blades.

“There wasn't a new one in the bunch, just parts. We had to hire extra guys and rent U-Hauls; that was probably one of the most interesting ones but we were the Ceiling Fans 'R Us,” Hodges said, laughing. “We had any kind of blade you wanted.”

During bank repossessions, Hodges would typically get invited along, just because of his size.

“They would take me because I was the biggest one here at that time, in pretty good shape, and not knowing why he took me. We'd repo something and of course we'd have to steal and hide it half the time from them,” he said, with a grin.

Hodges has been a member of the First National Bank Board of Directors since 1980. He is a past president of the Granbury Optimist Club, the Granbury Chamber of Commerce, Granbury Sports Association and Pirates Booster Club.

He is a current member of Acton Baptist Church and the TCU Letterman’s Association. He was also one of the founding directors of the Granbury Education Foundation.

Hodges married his high school sweetheart, Su Lin McSmith in 1969. They have three children, Jason, Justin and Jodi, who blessed them with 12 grandchildren and two great-grandchildren.

He enjoys ranching, spending time with his grandchildren at sporting events, attending TCU football games and spending time at their summer home in Ruidoso, New Mexico.

Hodges plans to retire from the First National Bank of Granbury by the time he turns 75. When asked what he has planned for the future of the bank, he replied, “I think for me, the future is now.”

Due to the bank’s success, Hodges doesn’t feel as much pressure and worry that he did in the past and believes that “these are the good days.”

"It takes a lot of the worry and fret out of worrying about this loan that we're fixing to make. It's really easy now, because back in the day when you couldn't afford to make a mistake, it was just really hard,” he added. “We're 870 million (dollars) now and they always say, 'the sweet spot is a billion dollars,’ but I think we're already there. If we keep going the way we’re going, we'll be a billion by this time next year.”

The main office of the First National Bank of Granbury is located at 101 E. Bridge St. on the historic Granbury square. Hours of operation are 9 a.m.-3 p.m. Monday through Thursday, 9 a.m.-6 p.m. on Friday. The drive-thru Motorbank is also open 9 a.m.-12 p.m. on Saturday.

'A Christmas Carol unlike any other;' Immersive theater returns to Granbury for month-long production