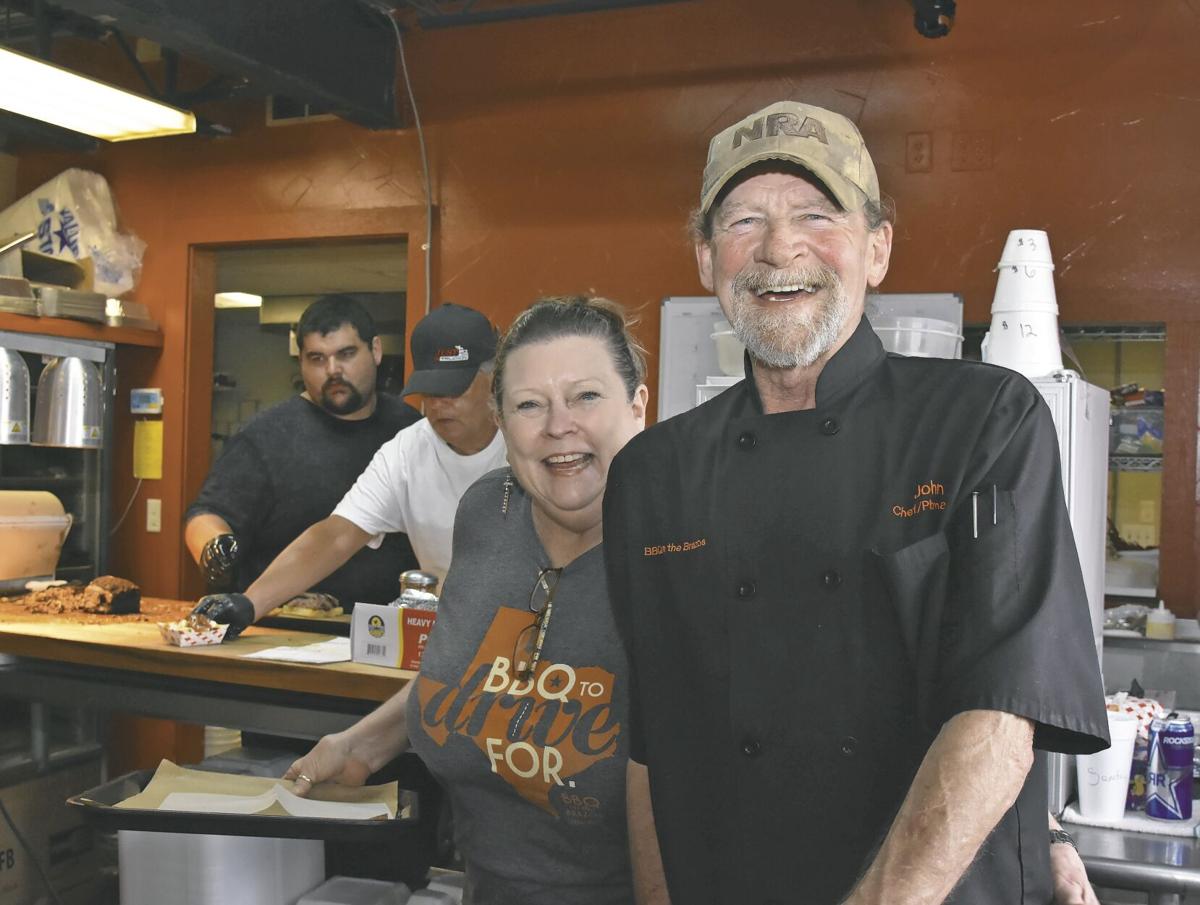 ALL SMILES: Kathryn Warren and John Sanford opened BBQ on the Brazos in 2013. Eight years later, the husband-and-wife duo are still just as happy serving their customers now as they were during their opening day. 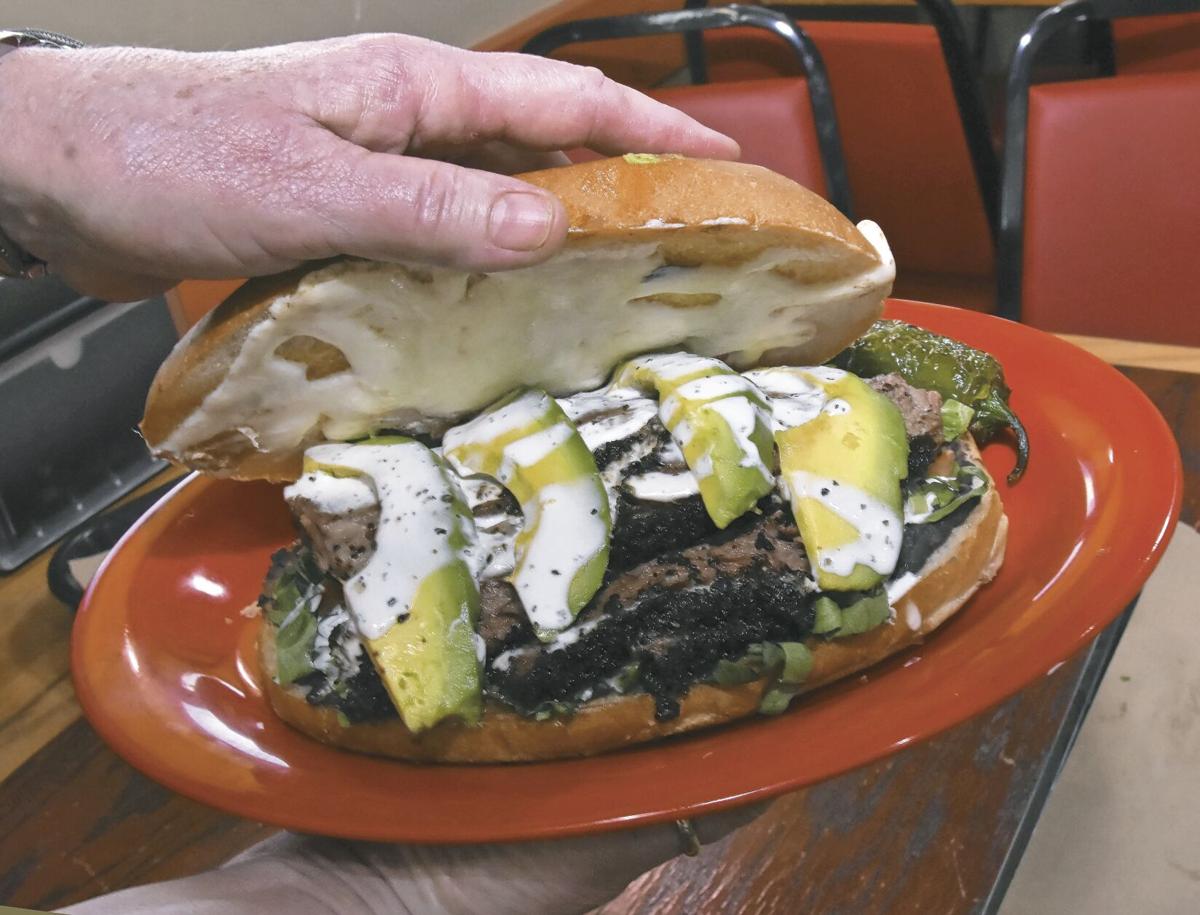 QUALITY INGREDIENTS: Sanford and Warren use the "freshest, best product" that they can get their hands on, whether it's meat, jalapenos or Roma tomatoes. "We use only prime brisket; that's the only thing we use," Sanford said. 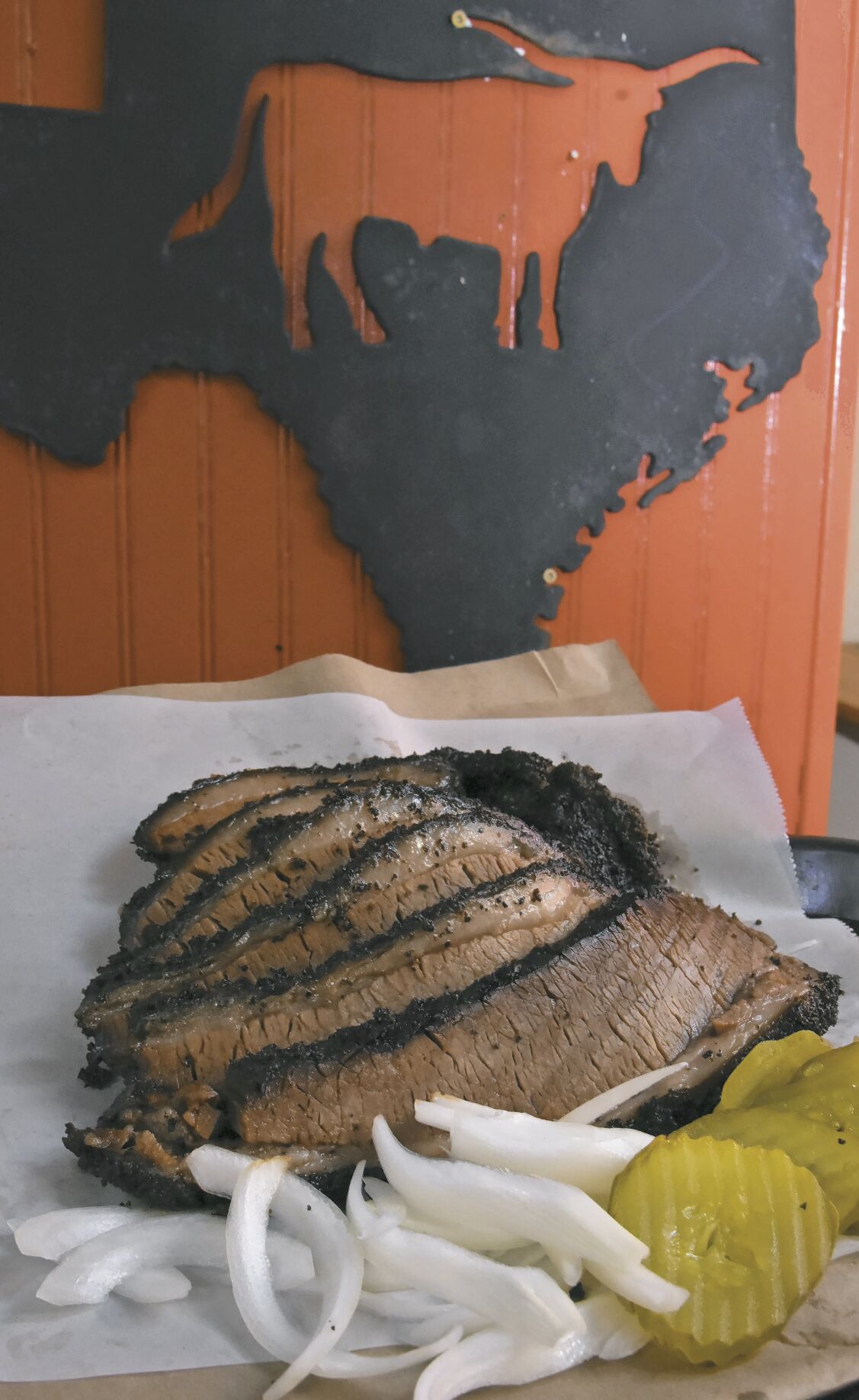 ALL SMILES: Kathryn Warren and John Sanford opened BBQ on the Brazos in 2013. Eight years later, the husband-and-wife duo are still just as happy serving their customers now as they were during their opening day.

QUALITY INGREDIENTS: Sanford and Warren use the "freshest, best product" that they can get their hands on, whether it's meat, jalapenos or Roma tomatoes. "We use only prime brisket; that's the only thing we use," Sanford said.

It might seem a little odd to open a barbecue restaurant inside a Texaco gas station in a small town — and in the middle of nowhere — but for Kathryn Warren and John Sanford, it works.

In fact, it’s been working for the past eight years.

Warren and Sanford are the owners of BBQ on the Brazos, a barbecue restaurant in Cresson that’s been steadily popular ever since its opening day in 2013.

“When we first opened, we opened up at 6:30 a.m. and I believe we were the earliest opening barbecue restaurant in Texas that sold barbecue at that time,” Sanford said.

It didn’t take long for the news to reach major media and news organizations about the local favorite.

Articles about the restaurant have been published in “The Fort Worth Star-Telegram,” “Dallas Observer,” “Thrillist” and “Texas Monthly."

“Daniel Vaughn, a barbecue editor for ‘Texas Monthly’, came in June of 2013 and wrote a nice article,” Sanford said. “We missed getting in the top 50 (barbecue joints in Texas) in 2013 by two weeks. So, the next year, we made the list of the top 25 new-and-improved barbecue joints in Texas. In 2017 in June, they came out with a new top 50, and we're ranked number one in Fort Worth, number three in DFW and, I think, number four in North Texas.”

Although pitmaster Sanford doesn’t even eat barbecue, that hasn’t stopped the restaurant’s success.

BBQ on the Brazos serves brisket, ribs, pulled pork and smoked turkey, but one favorite of many customers is the “Gobble” sandwich.

The couple also recently introduced another popular menu item called the barbecue torta that is only available on Thursdays.

The special, Thursday Torta, is a play on the traditional Mexican sandwich, but the main ingredient is barbecue brisket.

“We do black beans, lettuce, onion and tomato with a pepper corn crema, our brisket and then fresh avocado on top of a similar type of home cream and Oaxaca cheese,” Warren said. “And it's coming (along). People are going nuts.”

Sanford has been cooking professionally for about 25 years. He opened his first barbecue restaurant in 1996, called Sanford’s Fort Worth Barbecue near Saginaw.

“We’re just trying to serve good food,” he said. “We've had several people from out of state come eat with us and that's why our logo says, ‘barbecue you can drive for,’ besides also being beside the racetrack (Motorsport Ranch).”

BBQ on the Brazos is next to Motorsport Ranch, and that has definitely been a draw for the restaurant.

“Our customers love to sit on the balcony and watch the races too; that's a big plus here,” Warren said.

The products that Sanford and Warren use are of great quality, which is why they have so many returning customers.

“We use the freshest, best product we can get our hands on — that goes from meat to jalapenos to Roma tomatoes,” Sanford said. “We use only prime brisket; that's the only thing we use.”

“We open at seven and start breakfast, and it's made to order. It's not already done,” Warren chimed in. “When they order, it's fresh and made right then.”

Although BBQ on the Brazos is considered a favorite barbecue restaurant for many, its popular status didn’t come without hurdles.

In July 2018, as BBQ on the Brazos was becoming more popular, Warren and Sanford’s landlord wanted to raise their rent, so they took a few months off, moved a trailer onto the racetrack to serve their food and opened another restaurant in Fort Worth.

A few years later, one of BBQ on the Brazos’ customers was trying to buy back the restaurant in Cresson.

“He wasn’t going to buy it unless we came back,” Sanford said. “I said, ‘Well, get your hands on it and we’ll come back,’ so here we are.”

Unfortunately, Warren and Sanford had to close their restaurant in Fort Worth in May 2020 because of electrical storm damage.

“That storm came in and electricity was knocked out for two days. We lost about $5,000 worth of product, so we weren't making hardly any money. We couldn't replace all that stuff,” Warren said. “So, to me, something wanted us to come back because this is home. I mean, I love this place, and our customers are fantastic.”

When asked what their goals are for the restaurant, Warren and Sanford showed a slight difference in opinion. Warren replied, “Grow, grow, grow,” while Sanford chimed in with, “I want to go fishing, fishing, fishing.”

“I'm gonna try to start slowing down and maybe they'll let me this time,” Sanford said, chuckling. “I have one hobby. I like to fish, and I'm ready to go fishing.”

One way that the couple has managed to persevere in their restaurant business is all thanks to their passion for it and their customers.

“A lot of restaurants that are mom-and-pop restaurants, there's not very many of them anymore. It really makes a difference when your customers come here and get the same thing every time and it tastes the same way every time,” Warren added. “If you want to be in this business, you gotta have a passion for it or it will not work.”

Sanford added, “We lost the restaurant in Fort Worth and got this one here. We’re very fortunate we had a place to go. This is kind of where our home is. We’ve met a lot of great people, got some great customers and a (heck) of a crew. We just keep on pushing. That’s all you can do now.”