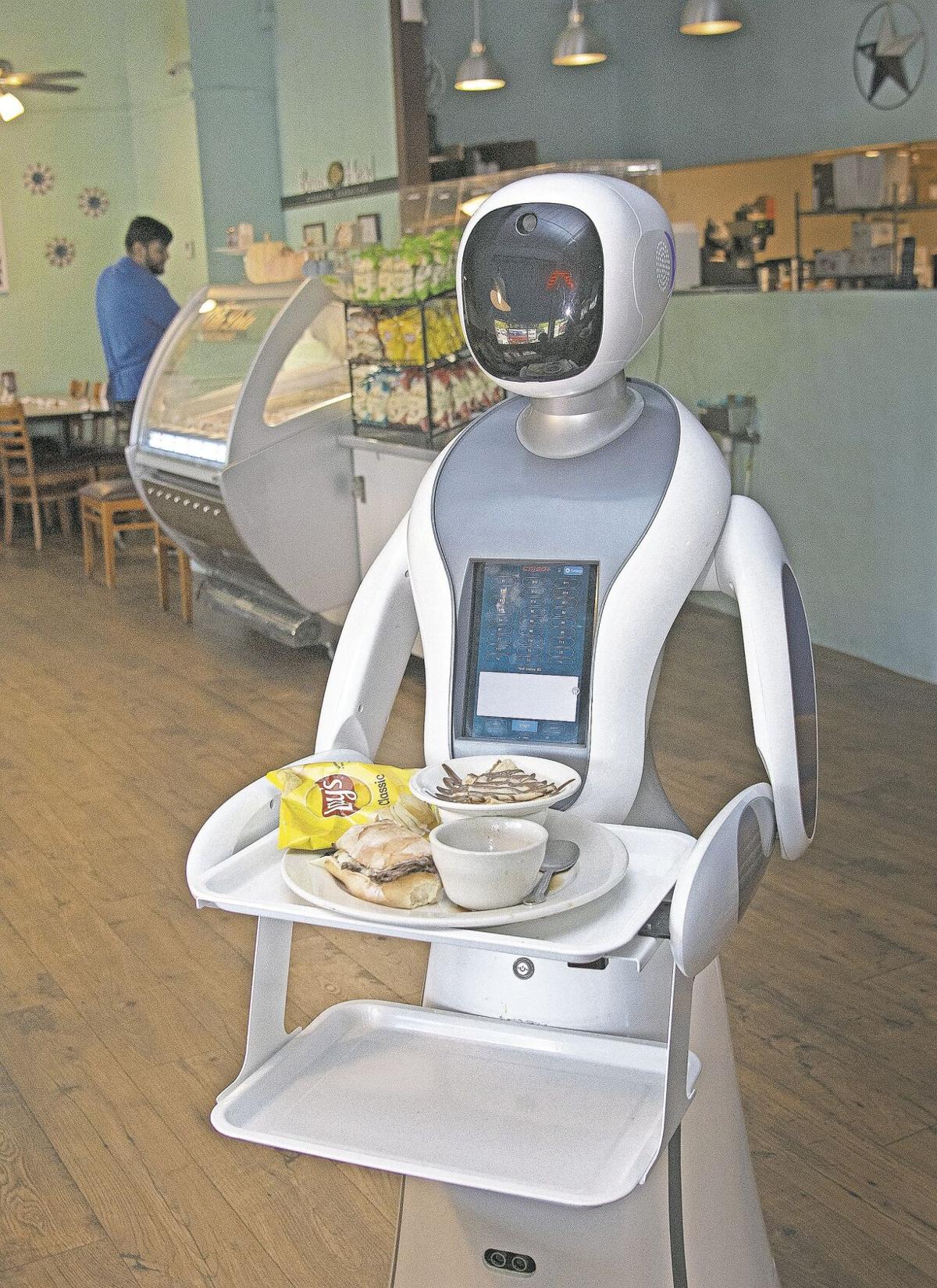 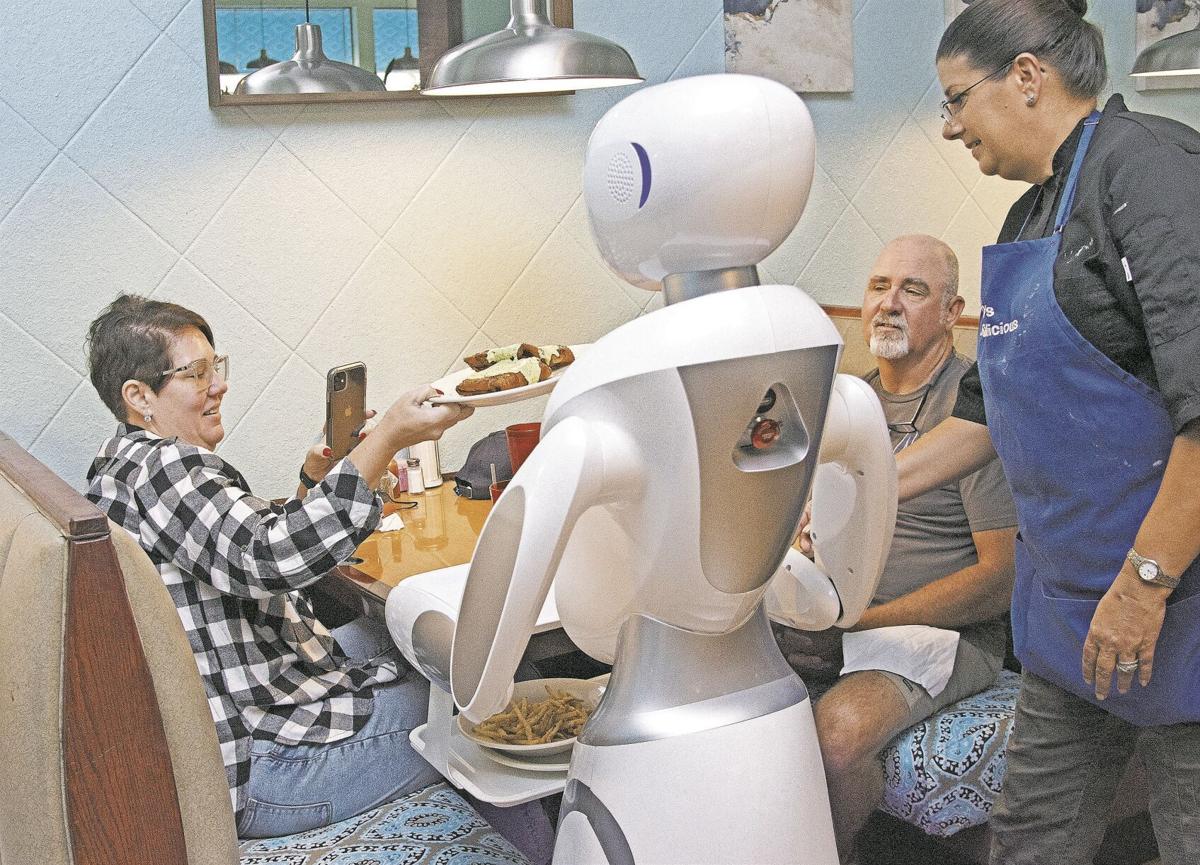 TABLESIDE MANNERS: Amy is capable of bringing food to tables on her own. The owners picked her because of her human form. 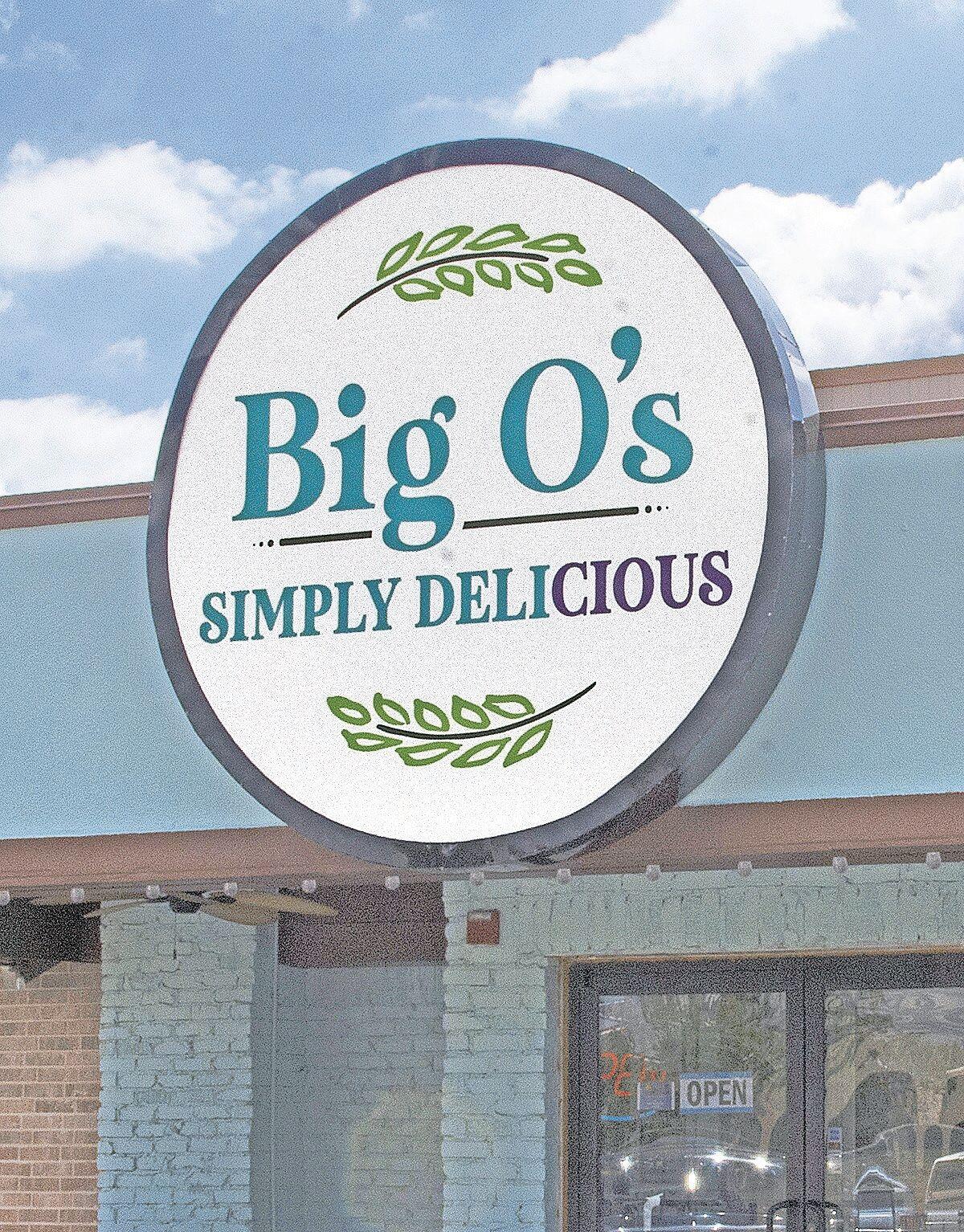 NEW PLACE: The deli sits in a building just off South Morgan Street.

TABLESIDE MANNERS: Amy is capable of bringing food to tables on her own. The owners picked her because of her human form.

NEW PLACE: The deli sits in a building just off South Morgan Street.

Big O’s Simply Delicious in Granbury is putting a new spin on the phrase “automated service” with Amy, the deli’s waitress robot.

Standing at just under five feet, Amy is equipped with a head and face, torso, a touchscreen monitor and two trays — perfect for being able to carry food to customers.

“We've got all of the tables programmed into her, and she will take food out to the table,” explained Sherry Weir, co-owner of Big O’s. “She could do it on her own. She takes the food out and we go out with her and she just helps bring trays of food with her. She talks and she rolls around and she's got like a little apron skirt on, so it's cute. Out of all the robots that we actually looked to purchase, I like her because she had more of a human form.”

Weir purchased Amy during COVID, so she could take out food to cars in the parking lot at the deli’s original location in Stephenville.

Now, with the addition of Amy, Weir is hoping that Big O’s will become just as popular in Granbury as it was — and is — in Stephenville.

Sherry and her husband, Oliver, originally opened Simply Deli — the original name for Big O’s — in Stephenville 14 years ago on College Street before moving Simply Deli inside Rockin’ P, one of the town’s popular bars.

Unfortunately, that wasn’t the best place for Simply Deli.

“We had to take signs down and erase graffiti in bathrooms every day and go through about a case of Febreze,” Sherry said. “Our customers are just so amazing. They're like, ‘When are you guys gonna find another location?’”

Eventually the couple found a perfect location for their deli and changed the name for the final time to Big O’s Simply Delicious.

The couple opened their second location in Granbury on July 6, as it had been their goal for the past three years.

“We don't do it to make money. We do it because we love food. We live simple. We really enjoy people and we enjoy food, and that's really our biggest mission,” Sherry said.

A brand-new breakfast item was just added to the menu on Monday, the SOS, which features sausage and gravy served over a waffle.

“We're not directly competing with the people who've done biscuits and gravy and done it well for years. I don't want to take anything away from anybody; I want to bring a new level of food to Granbury,” Sherry said. “We did a batch last week, and we test marketed it with some of our customers, and of course, the staff and everybody just loved it. They really did get that comfort food of biscuits and gravy but in a unique way; you get it in Big O's style. It's a different demographic here and those people like biscuits and gravy, so I'm giving them Big O's biscuits and gravy.”

She said the most popular item in Granbury is the Reuben sandwich, which contains pastrami, rye bread, Swiss cheese, sauerkraut and either traditional or Dijon mustard.

The top-selling sandwich in Stephenville is the chicken salad.

“We put a ‘Big O’ spin on everything we make,” Sherry said.

The menus at both locations are identical because she said she hopes to eventually franchise.

“In the state of Texas, you must have three operating restaurants that are following the same model,” Sherry said of franchising. “Right now, it's gonna be at least I think 12 months before I could actually walk away and open up another store, but we're debating on the two W's: Weatherford, or Waco.”