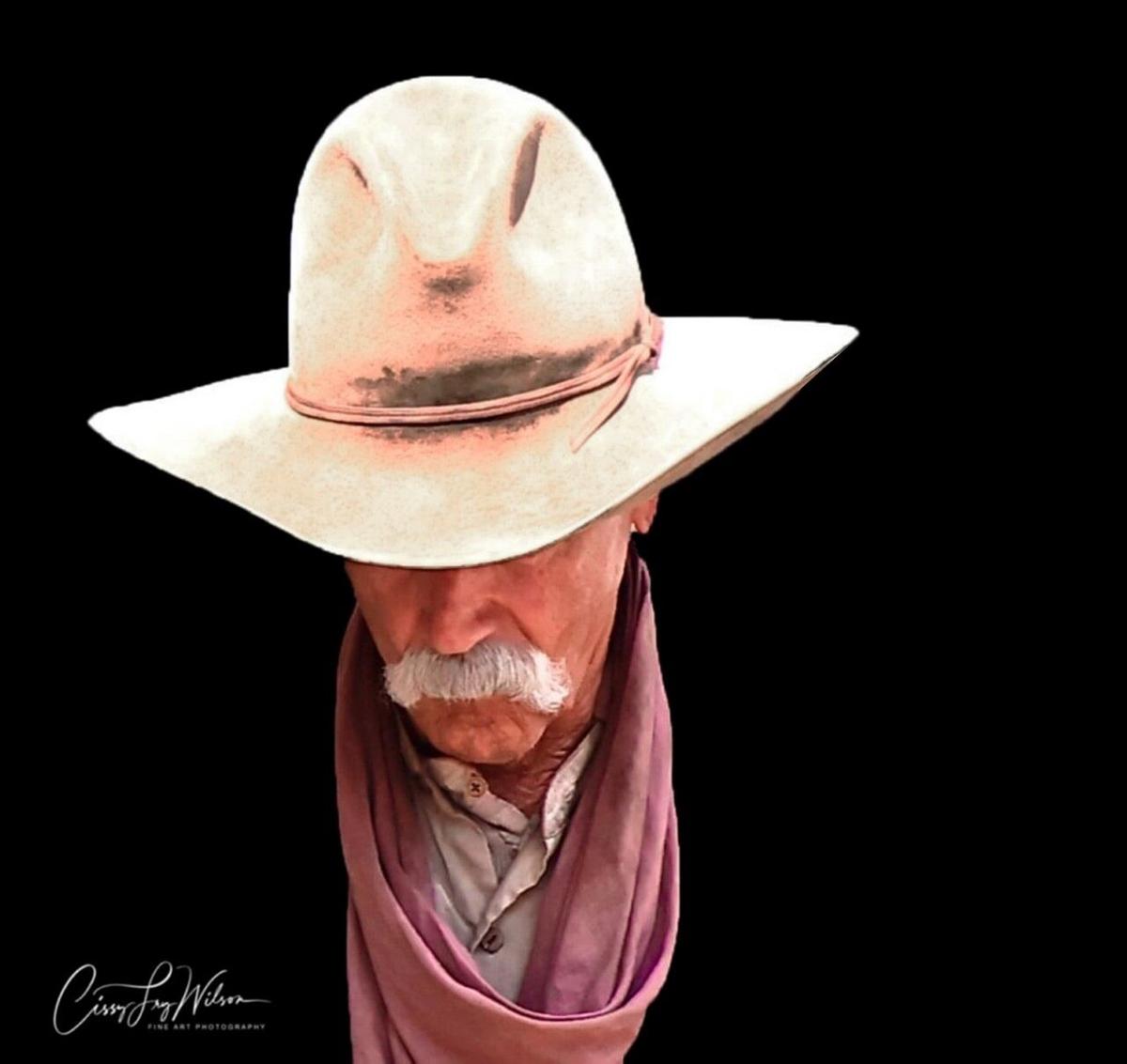 IMPACTFUL SHOT: Cissy Wilson chose the perfect moment when Sam Elliott looked down to shoot a quick photo of the famous actor when he was in Granbury to film “1883,” the prequel series to “Yellowstone.” She darkened the background during post-processing to add the finishing touches to her award-winning photo. 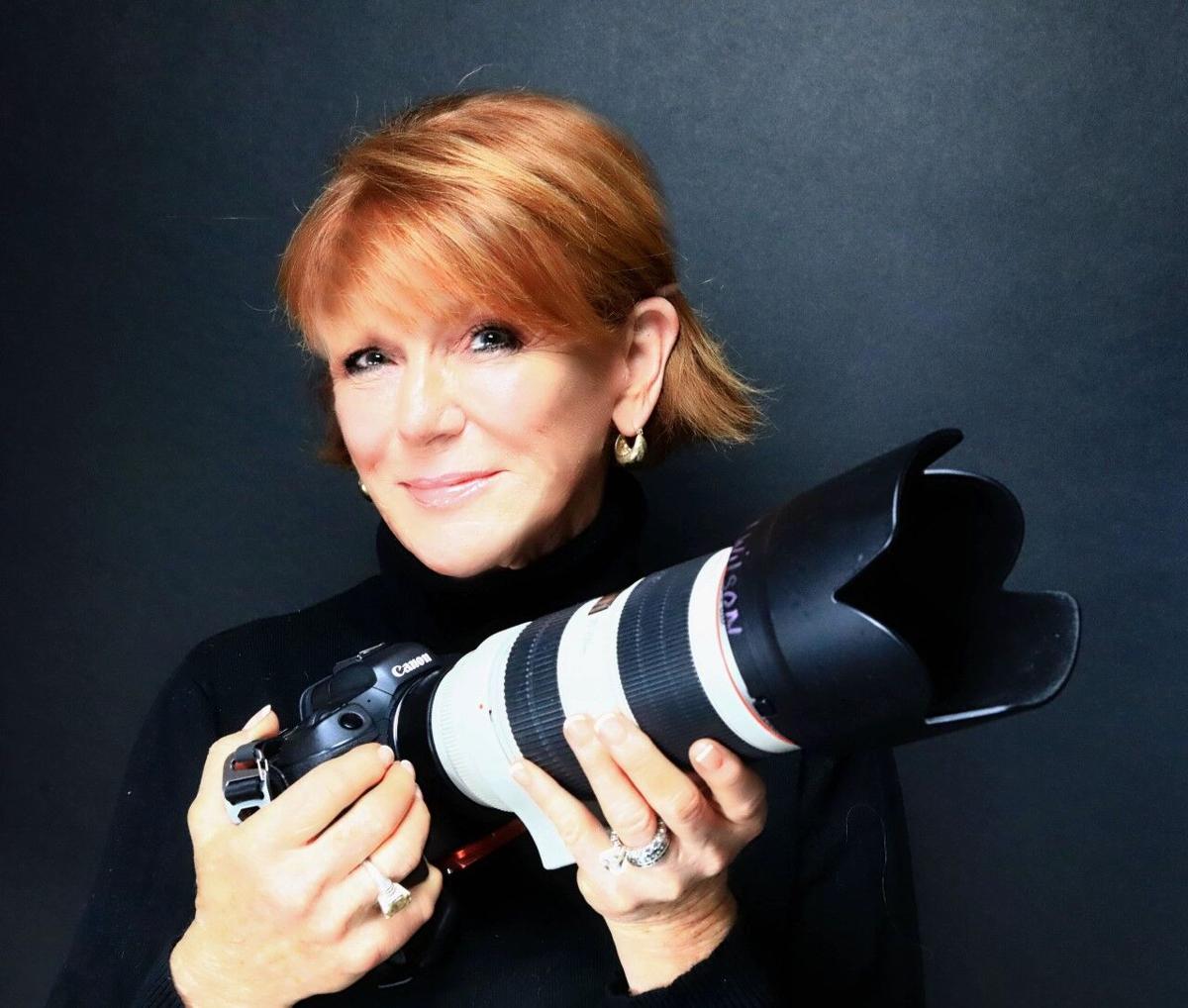 NEW PASSION: Cissy Wilson's husband prodded her to pick up a camera and she said, "I'm so glad he did."

IMPACTFUL SHOT: Cissy Wilson chose the perfect moment when Sam Elliott looked down to shoot a quick photo of the famous actor when he was in Granbury to film “1883,” the prequel series to “Yellowstone.” She darkened the background during post-processing to add the finishing touches to her award-winning photo.

NEW PASSION: Cissy Wilson's husband prodded her to pick up a camera and she said, "I'm so glad he did."

Cissy Wilson, a former Granbury City Council member, was surprised to discover that she loved photography about six years ago. Her newfound love and interest in the hobby was rewarded when her shot of actor Sam Elliott was selected as Photo of the Month for September in The Universe of Colour Photography’s international photo contest.

Wilson submitted a photo of actor Sam Elliott that she shot when he was in town for the taping of the “Yellowstone” prequel, “1883.”

“The crowds waited patiently for an appearance by Sam and he did not disappoint when he arrived,” she said. “I'm beginning to learn to trust my instincts when I see something. He was walking towards the corner of Bridge and Houston in that photo and he just happened to look down at his feet. That was my shot. I have two others but I don't think any of them are as impactful as that one. In post-processing I darkened the background to remove the busy-ness of the scene and voila, I had one of the best shots I believe I have ever taken.”

Wilson wouldn't have started her newfound hobby if it weren't for the persistence of her husband, Bob.

“My family saw something in me that I didn't because I was scared to death of cameras, and my husband pushed me kicking and screaming and I am so glad he did, because I found my gift,” she said. “Where it truly got started was at our family cabin that my brother and sister and I inherited from our parents when they passed away in Grand Lake, Colorado. I shoot the sunrises at the end of the dock — that's the gift I give myself every morning when I'm up there, but I literally photograph everything now. Anything that attracts my attention I go after — including Sam Elliott.”

The Universe of Colour Photography is an international photography platform and community for photographers that first began as a Facebook group by a woman who resides in Spain. Now, the platform has expanded and established its own website.

“There are over 55,000 members from around the world,” Wilson explained. “The monthly competitions are highly competitive with thousands of photos submitted each month. Of those submitted, the administrator, her team and the curators selected the winners from the mountains of submissions. I am thrilled and honored to have my recent image of Sam Elliot selected as one of the Photos of the Month.”

Wilson said when she submitted the photo in the contest, people recognized that it was Sam Elliott in the photo just by his mustache.

“It’s just a cowboy with a hat on, really, but we all know it’s Sam Elliott,” she said, chuckling. “It spoke to me when I finished that photo. It has emotion to it, and that's why I entered that one. To me, it just said ‘Cissy, do it.’”

Wilson also got invited to be a Fort Worth camera ambassador for a second year, along with two National Geographic photographers.

“There are some really high-powered photographers,” she said. “And then there’s me.”

Wilson said she was thrilled that her photo received such an honor recognition.

“Of all the photos that I've taken, this one really touched me,” she added. “It's just a dramatic photo and I was able to clean that one up and it speaks to so many people; that means a lot to me.”

Monday is final day to register to vote, change address for March primary

GPD: Man charged with felony after fleeing on motorcycle