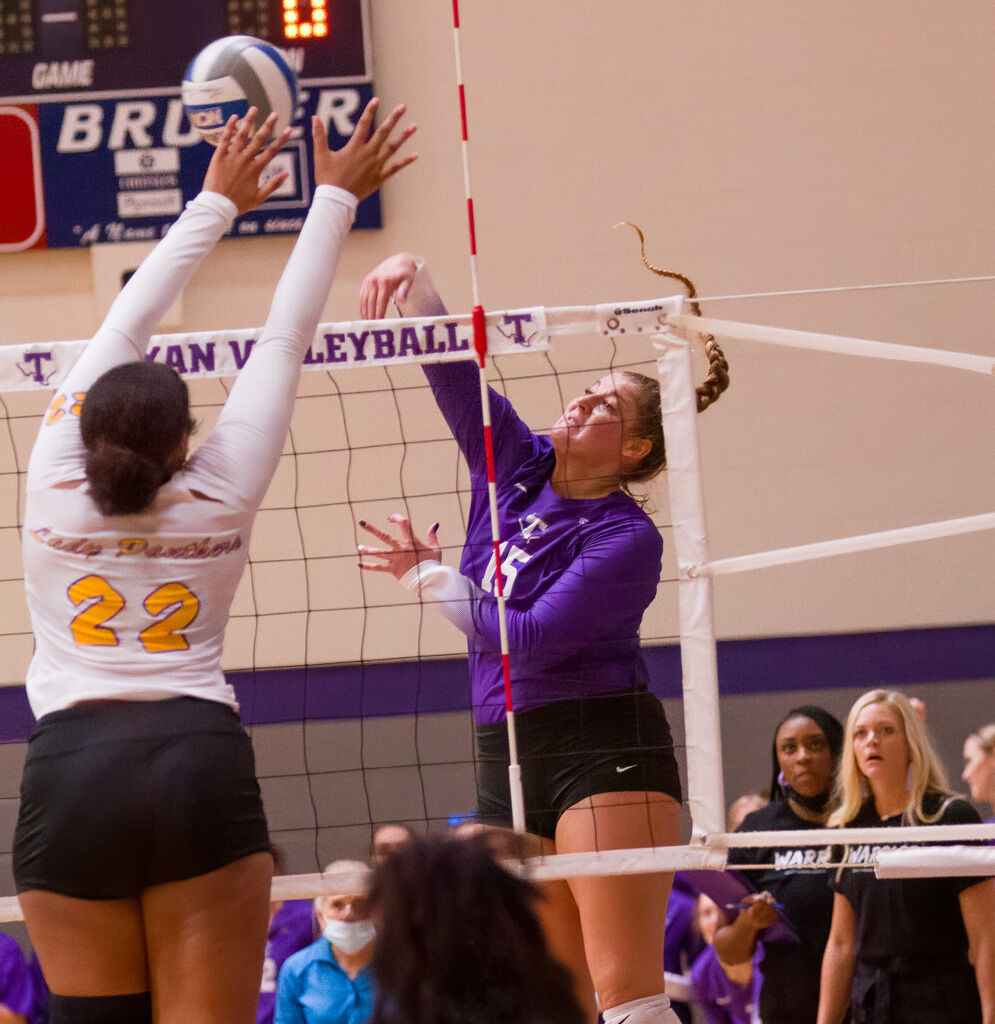 CRUSHING IT: Amber Strange is a familiar name to fans of Granbury High School’s Lady Pirates' sports after her stellar high school career as a four-year letter winner in volleyball and basketball. 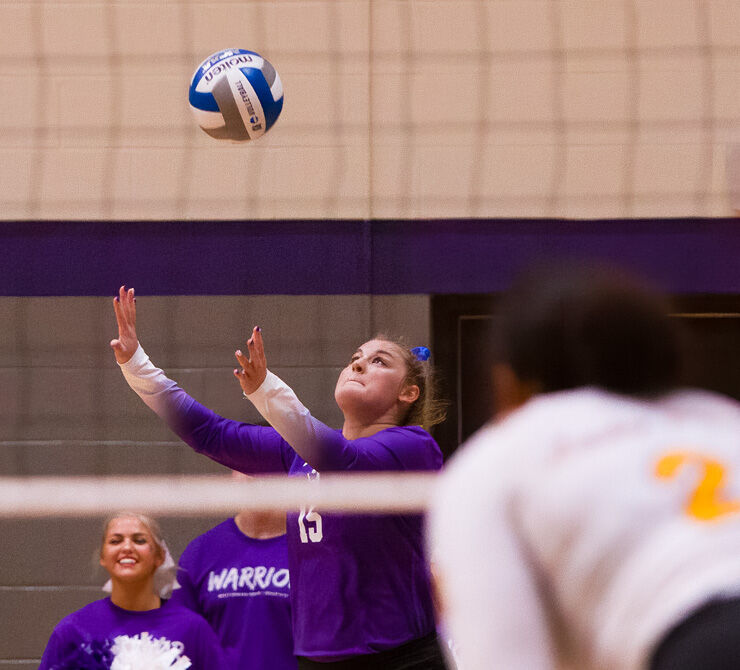 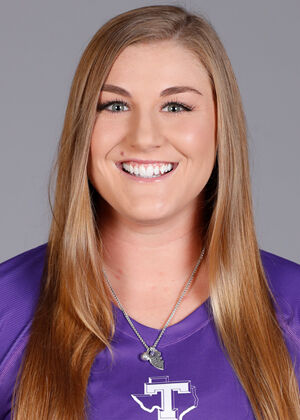 Granbury's Amber Strange can crush a volleyball, and she enjoys doing it.

"If you don't enjoy what you do, then it's not worth doing," Strange said.

While Strange can't pinpoint someone who gave her that advice (multiple people), it is something she is prepared to pass along as she prepares for a career in teaching and coaching.

Strange is a familiar name to fans of Granbury High School’s Lady Pirates' sports after her stellar high school career as a four-year letter winner in volleyball and basketball. Her leadership was on full display and included being a team captain in both sports.

Strange was tabbed as a "next-level athlete" early in her athletic career at GHS and was named to the American Volleyball Coaches Association Phenom Watch List her freshman season. She holds the GHS volleyball record for career kills with 1,628.

When it came to picking a college, Strange had plenty of choices, and she also had a desire to play – right away. While basketball was her favorite sport, volleyball was a close second, and it offered Strange those "right away" opportunities at the next level.

Strange's impact was immediate as she proved she had the all-around skills needed to succeed in the Lone Star Conference. She was twice named LSC Defensive Player of the Week in her freshman season while also recording 238 kills on offense.

The accolades would keep coming even when the competition got better.

In her sophomore year, Tarleton enjoyed its winningest season ever with a 32-5 record. It was a year of highlights for the Texans, who also won both the conference and the LSC tournament for the first time.

Strange's contributions included a career-high 15 kills against Western Washington in the Elite Eight of the NCAA Division II Championship. She was the only Tarleton player named to the All-Tournament Team.

When Tarleton elected to make the step up to NCAA Division I two years ago, Strange stepped up her game, too.

She was named the Western Athletic Conference (WAC) Offensive Player of the Week for a 22-kill performance (career-high) against Big 12 program Texas Christian University in March 2020. Strange has more than 1,000 career kills, and the count is still going up.

Playing top-level college volleyball is generally enough challenge for any athlete, but Strange's love of basketball was still whispering in her ear.

In her junior year, Strange became Tarleton’s first athlete to play volleyball and basketball in the same school year since Jasmyne Brown in 2011-12. Strange played in 119 volleyball matches and balanced her studies and practice schedules well enough to play eight basketball games.

With Tarleton's transition to NCAA Division 1 sports and graduation looming, Strange decided to focus entirely on volleyball and set her sights on the next level of her education with the pursuit of a master's degree in kinesiology. She plans to teach and coach in the future.

"I would love to be able to coach and teach in Granbury someday," Strange said. "If that doesn't happen, I will be teaching somewhere because I want to work with kids. I love working with kids and sharing my passion with them."

Strange used a day planner to prepare herself to make sure she got her schoolwork done early.

"I didn't want to have to worry about my studies on game days. I would get my studies done on Monday and Tuesdays, so I didn't have to do them later in the week," Strange said.

What was the biggest challenge between high school and college volleyball?

"The speed of the game is so much faster than it is in high school," Strange said. "That was definitely the biggest adjustment I had to make."

Does Strange have any advice for high school players?

"When you get to college, you are on your own when it comes to time management," Strange said. "We have study hall and tutoring, but you have to schedule yourself and be prepared to stick with it."

For fans who would like to see Strange finish out her career, three home volleyball matches remain for the Texans — against Incarnate Word on Oct. 26, Stephen F. Austin Nov. 4, and Sam Houston State Nov. 6.