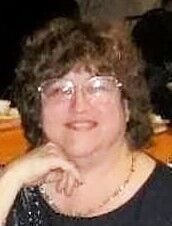 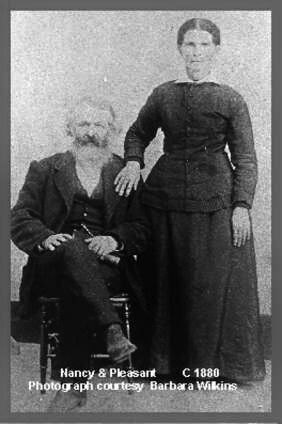 Melinda Jo Ray is a longtime Granbury resident, writer, and a retired public school librarian. Her post retirement job has been as a writer of local history articles for a magazine, which formed the basis for her book “Limestone Legacies.” She is author of a novel, “Safe in the Arms of God,” based on the beginnings of settlement in the Granbury area.

Editor’s note: The following is from the book, “Limestone Legacies,” written by Melinda Jo Ray.

A hardy pioneer from Virginia, Pleasant Earl Thorp settled on the west banks of the Brazos River in 1854.  Naming the spot for himself and nearby springs in a branch of Stroud’s Creek, Thorp envisioned not just another settlement but an important town, and he spent almost the next forty years making the dream come true.  At his death in 1890, the eighty-one-year-old pioneer had lived to see his vision become reality. In that year the town’s population was over 1,000, and it was known statewide.  Many later, lesser settlements are now familiar names.  But Thorp’s dream blossomed only for a short, glorious season, then withered.  By 1980, the population of the once-vibrant town was estimated at 184.  Pleasant Thorp could not have been pleased.

The young blacksmith wandered to the wild place called Tejas while it was still under Mexico’s oppressive rule.  He fought in the 1836 revolution for the Republic of Texas, married a young widow named Nancy Hicks Oldham McEwen, and started raising a family in Burleson County of the lower Brazos Valley, beginning a lifelong love affair with the country along the banks and bluffs of the Brazos River. But he was not yet content to settle down.  He dreamed of more and better land, for running cattle, horses, with some set aside for farming … perhaps a great rock house on a gentle slope … maybe even a settlement, with his name on it.  Thorp’s vision was northwest, upriver, in the heart of Comanche country. Pleasant knew the spot – he had seen it. In January of 1841, he rode with Brig. Gen. Edwin Morehouse’s Indian hunting expedition, penetrating far up the Brazos.  The expedition proved futile, but Thorp wouldn’t forget what he saw upriver around a majestic double-mesa, the river weaving a pattern around it.  He saw the land he wanted — a certain spot, beside a stream with a natural spring nearby.  Pleasant knew that someday he would be back to get it.

Someday came in the early 1850s. At last, Thorp made his move.  Over the years, he grew his stack of land certificates — trading, buying — adding to his 340-acre land grant in what would become Hood County.  In 1853, he made the long ride upriver to survey his more than 18,000 acres as well as Nancy’s father’s claim of 1,280 nearby. It was a very different place “where the Cross Timbers seemed to struggle between mountain and valley for room.”  It was a land to test even hardy pioneers.  Treeless for miles, then thickly wooded. Rising above it all was the ancient companion to the Brazos, Comanche Peak, which loomed just a few miles from Pleasant’s land.

In 1854, the family became the first settlers on the west banks of the Brazos in that area.  Shortly after the move, another girl was born — Nancy Elizabeth, “Lizzie,” was the first white child born in a brand-new frontier outpost called Thorp Spring — Pleasant’s town. Setting aside land for the townsite, Thorp feverishly pursued his plans.  Streets were laid out forty feet wide; and work was started on the big stone house, with Thorp’s few slaves providing most of the labor.  But after five years, there were only a few families settled at the village.  But there were still other settlers nearby and Thorp was not discouraged.

The year 1860 was hard for Hood County.  Storm clouds of the Civil War were gathering. Pleasant didn’t suffer financially, for he was frugal.  In that “bad” year, his real estate was valued at $56,000 and personal assets at $18,000, a fortune at that time.  And even more land came to the family when Nancy’s father died, leaving her an adjoining 640 acres. But with secession came realities of war and frontier conditions deteriorated.  Most young men joined the Confederate army.  Federal troops left the area, inviting Indian attacks.  Many frightened settlers deserted the area.  But Pleasant was not about to abandon his dream or his land — the Thorps were there to stay.

After the war, a semblance of “normalcy” came. More settlers pushed into and past Hood County, and relative peace settled into the area. More people soon settled in and around Thorp Spring; and, to Pleasant’s delight, the town began to flourish.  He came to be known as “Col. Thorp,” an honorary title often given to flamboyant or powerful figures.  And the spacious house, begun before the war, was finally completed.  It was “a showplace of rock and boards brought from New Orleans by ox-cart,” — a real mansion for its time.   Shaded by a towering live oak, it boasted a panoramic view of the town, Comanche Peak, and Pleasant’s beloved Brazos River.

In the 1870s, a colorful character appeared.  Capt. Sam Milliken, a Kentuckian who had plied the Ohio and Mississippi rivers as owner of several steamboats, was lured to Thorp Spring by its location and excellent water.  Milliken invested heavily, buying a large portion of Thorp’s acreage.  Some of Milliken’s land was on Sulphur Spring Branch, and his vision was to promote the springs as a summer resort.  The place was already known, having been a rendezvous for frontier soldiers.  Families vacationed there, and it was not unusual to see up to 100 campsites in the area. Milliken opened a feedlot and livery stable in anticipation of stage coach teams, and travelers’ stock.  He built a comfortable house to welcome tourists, a springhouse and bathhouses to accommodate the visitors he hoped to draw for bathing, swimming and boating. His wife welcomed overnight guests with appetizing meals and clean beds.  The venture became a great success in the 1870s, attracting a large share of the traveling public.

The town square boasted a variety of enterprises and, of course, the post office.  Local religious sentiment did prohibit the saloons found in nearby towns. Nonetheless, the village became a relay point for mail coaches on the Texas – Fort Yuma stage route, longest in the world in 1879.  Originating in Fort Worth, with the Concord coach and six-horse team to Thorp Spring often loaded with tourists as well as mail, it switched to a two-horse surrey going on westward. Pleasant’s vision was becoming a busy, well-known place, and not just as a resort.  In 1872, Pleasant decided on a bold move – to build a school — not just a cabin for one teacher, but a college, with one fine building at first.  He chose a six-acre site west of his house, on the highest point of the townsite, built a two-and-a-half story white limestone building. and began a search for staff.  The story of the college which prospered for many years in Thorp Spring is told later in this volume. But suffice it to say that for a time both the college and the town prospered, the population peaking by 1890. In that year, Col. Thorp died, with most of his dream intact.

There were many other contributors to the town — farmers, ranchers, doctors, lawyers, shopkeepers, teachers, and preachers.  However, the leaders in the early days had been two men of different, though complementing, styles – the stoic Thorp, with land and capital, and the flamboyant Milliken, affable promoter-speculator.  What this partnership lacked was the personality or inclination for “playing politics.” There were two bad omens of things to come and both events were largely the result of a lack of political influence.  After Hood County’s boundaries were defined in 1866, Thorp Spring came in second in a hot political war that ended up locating the county seat in Granbury, then called Lambert Branch.  Later, aggressive politics again came into play when the all-important Fort Worth & Rio Grande Railroad route was also set through Granbury. Those two defeats didn’t seem to matter for a time, though there were lingering bitter feelings. But they eventually emerged as the first two strikes against the stability of Thorp Spring.  The third strike came as a series of other events just prior to the turn of the century.

Capt. Milliken was killed trying to stop a team of runaway horses.  Larger and finer vacation spots were developed, tourism dropped off sharply at the resort on Sulphur Spring Branch, and it was closed.  The cotton gin burned and, with the coming of the railroad through Granbury, stagecoaches were phased out.  The loss of Milliken and Thorp, the prime movers, was a blow.  But, in 1895, the decision was made to relocate AddRan Christian University to Waco and that was the final blow from which the town would not recover. There was a gradual withering.  Some businesses closed or moved away.  After AddRan left, Thorp Spring kept a college for years, but never so large, and the school was closed for the last time in 1930.  Pleasant and Nancy Thorp’s “showplace” home was occupied for years by their son Jim’s family. Jim’s son, John, died there alone in 1935. In disrepair, the house partially collapsed and was finally razed.

What remains of a pioneer’s vision sleeps by the swollen Brazos near where it becomes a full lake and water backs up to cover the springs that bubbled up cold sulfur water.  There’s no downtown, just a smattering of churches, a grocery store, and a couple of service stations along the highway.  The hilltop where Thorp’s first college stood is bare; the nearby university campus a lonely sight. A few ancient structures and foundations barely suggest the grandeur of a bygone day. The stop on the major stage route no longer has a post office.  Acreage Thorp gave to the county for a park at the spring sits untended by backed-up water. Pleasant and Nancy Thorp are buried with many descendants and other pioneer settlers in the old cemetery right outside of “town” on a hill above Blue Branch of Stroud’s Creek, under the ever-watchful eye of Comanche Peak, and just a stone’s throw from the Brazos River — always the river...