Starting at
$100.00 for 365 days
Get Started
View all rates
You are the owner of this article.
Edit Article Add New Article
You have permission to edit this article.
Edit
Home
News
e-Edition
Diversions
Columnists
Multimedia
Obituaries
Classifieds
Best of 2022
Share This
1 of 4 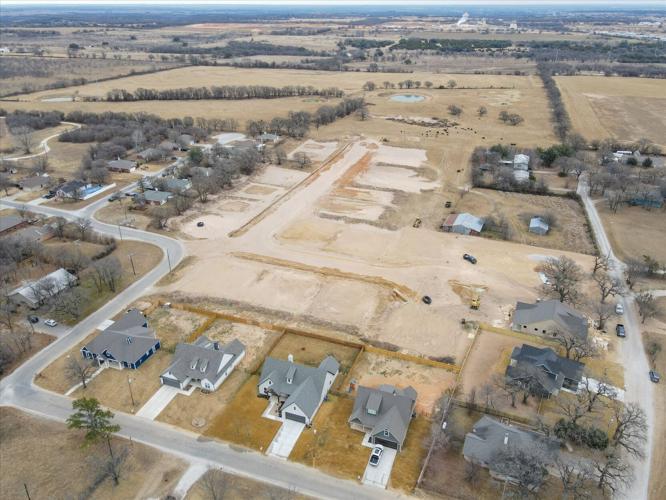 Construction on the first three homes in Phase 1 of Rattler Ranch is expected to begin in February. 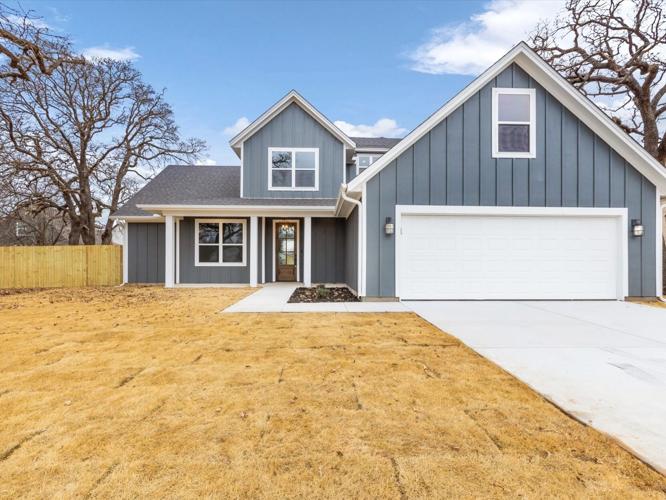 Homes in Rattler Ranch will be in modern farmhouse design. 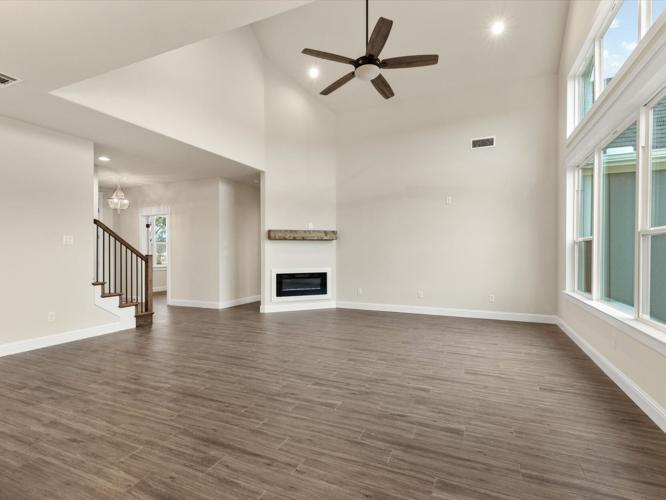 This view is of a living room in a house built by True Texas Builders, whose owners, Ben and Nicole Swaim, are developing Rattler Ranch. 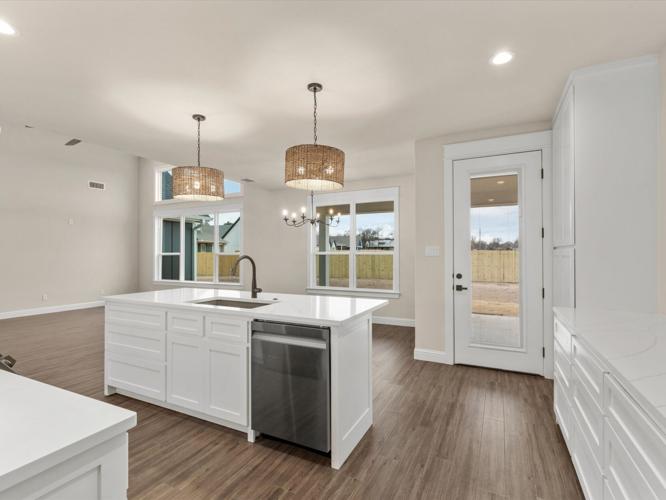 Construction on the first three homes in Phase 1 of Rattler Ranch is expected to begin in February.

Homes in Rattler Ranch will be in modern farmhouse design.

This view is of a living room in a house built by True Texas Builders, whose owners, Ben and Nicole Swaim, are developing Rattler Ranch.

With so much growth happening in Granbury and Cresson, it might be easy to overlook quiet, quaint Tolar on the county’s southwest side.

But Tolar, with its above average schools and the coming Rattler Ranch housing development, might be a hidden gem.

Tolar High School graduate Ben Swaim and his wife Nicole, owners of True Texas Builders, plan to start work on the first three houses in the first phase of Rattler Ranch within the next couple of weeks.

The first phase, comprised of eight acres, will feature 20 homes with “modern farmhouse” design on quarter-acre lots. The price range will be around $330,000-$340,000.

“We’re trying to stay below the 400 mark,” Nicole said, adding that some homes that are more customized may run a bit higher. “Our goal is to try to keep them as affordable as we can.”

Rattler Ranch will be built in five or six phases and will eventually consist of 268 homes, Ben said, but the full buildout won’t be completed for quite some time.

The development will be built on 60 acres that have been in his family for 70 or 80 years.

Both Ben and Nicole earned graduate degrees in business from Texas Christian University (TCU) and worked for a while in the corporate world. They met when they were both working in Fort Worth.

Over a period of several years the couple undertook some remodeling and design-build projects and discovered that they enjoyed it. They founded their Tolar-based True Texas Builders and began making plans to develop Rattler Ranch with their friend Donald Bridges serving as construction supervisor.

Bridges has more than 30 years’ experience in new home construction.

Wilkins said he has been promoting Rattler Ranch through videos and other types of marketing. He said that people have been tagging their friends on social media to alert them to the coming development.

Rattler Ranch is a short distance off U.S. Hwy. 377 and, according to Ben and Wilkins, less than 10 minutes from the Granbury Square, The Home Depot and Starbucks — probably a quicker drive than from other parts of Hood County where there is greater traffic congestion.

“Coming from Granbury, take a right on Oak Street, which is at the Church of Christ in Tolar,” he said. “Go straight back on Oak. It T’s into Third Street. We built the four houses on the right at Oak Street, and then Rattler Ranch, you would take a right on Third and it’s immediately behind those houses.”

Tolar is about an hour’s drive from Fort Worth, but the Cresson Relief Route, which is supposed to be finished late next year, should shave some time off that commute. A bridge will carry motorists above the railroad tracks, which means no more traffic back-ups at the railway switching yard located at the 377/SH 171 intersection.

Ben noted that he recently read an article that stated that opportunities to work remotely have greatly increased. Considering this, he feels that Tolar and Rattler Ranch offer “the best of both worlds.”

Ben and Nicole, who have a daughter in junior high and a son in elementary school, have been thrilled with Tolar’s schools.

Nicole, referring to the care her special needs son has received, said, “He could not be more loved and well taken care of than he is at Tolar Elementary School.”

The Arlington native jokes that she is a “migrant” to Tolar, but now calls the little town home.

“This is our community,” she said. “The Swaims have been here since 1908. Ben’s grandfather was literally born down the street from where we live.”

Ben and Nicole indicated that they intend to build a quality development in the town where they will be neighbors with people who will live at Rattler Ranch, where the farmhouse-style homes will fit in with the laid-back character of the community.

“Really, our ultimate goal above everything else is to help build and shape the community that we love,” said Nicole.