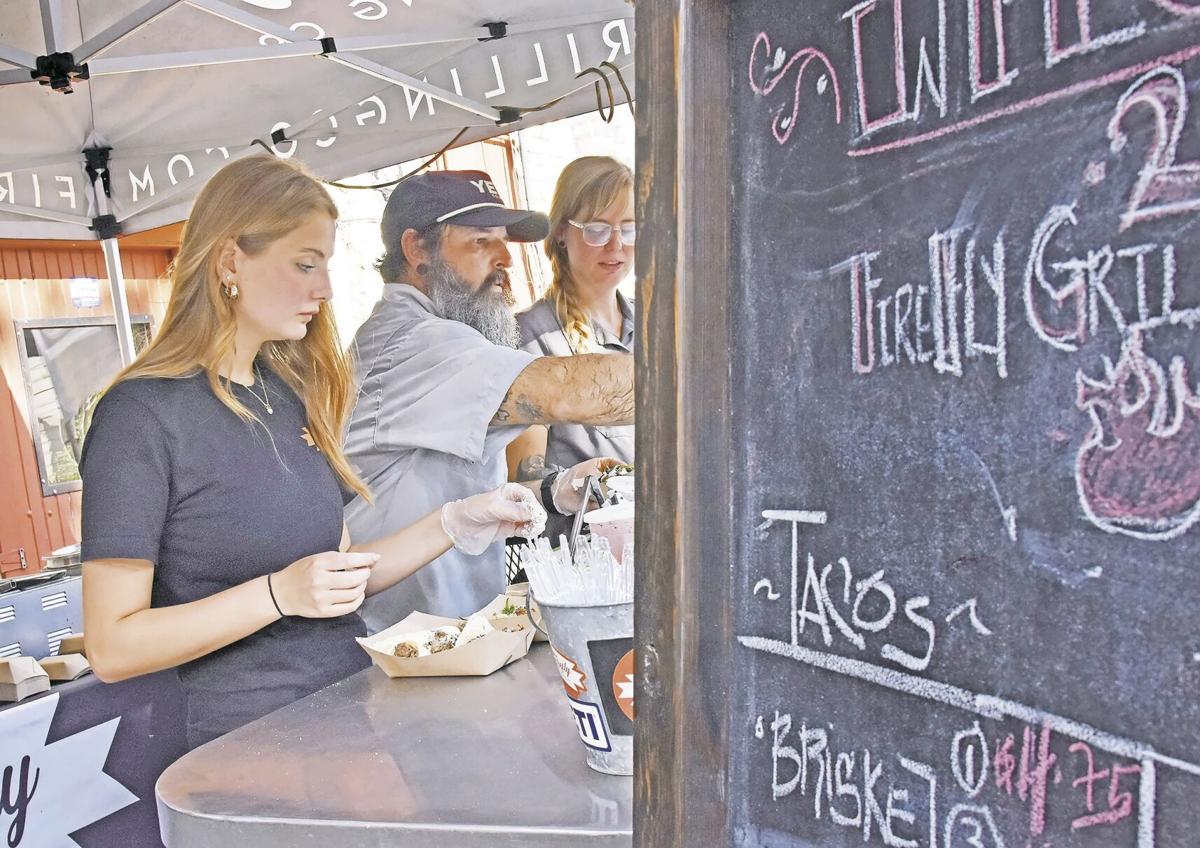 SERVING IT UP: Firefly Grilling Co. works to prepare food during the Tacos & Tunes event behind Silver Saddle Saloon on Tuesday, June 29. 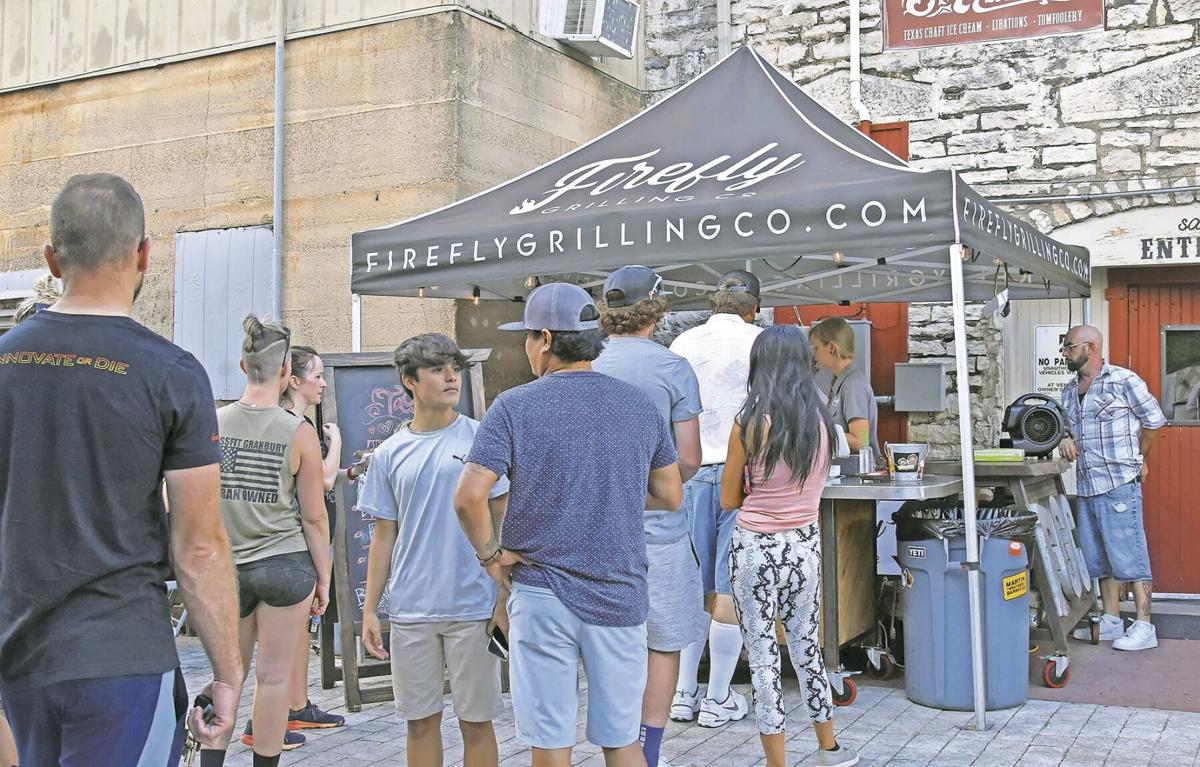 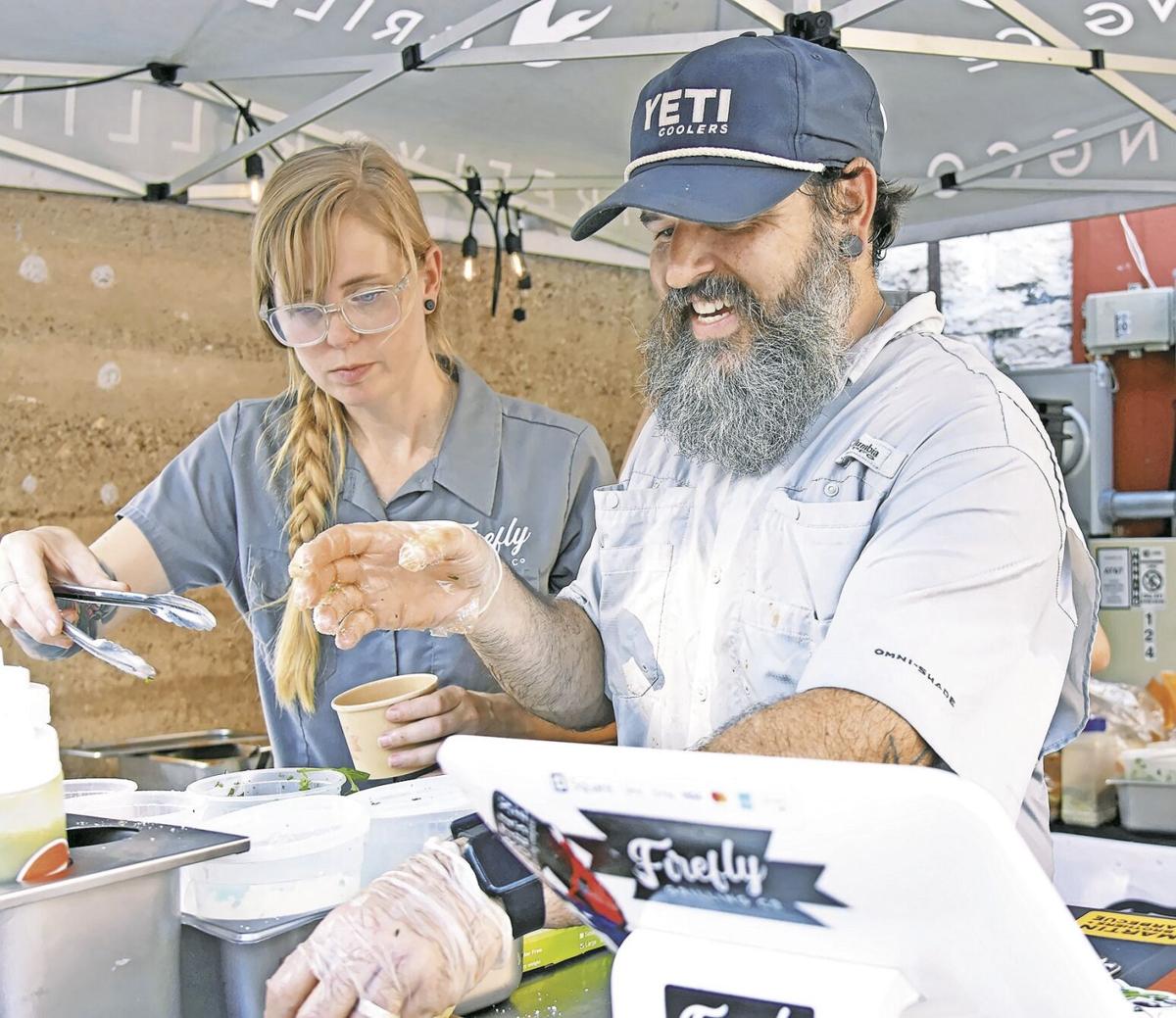 SERVING IT UP: Firefly Grilling Co. works to prepare food during the Tacos & Tunes event behind Silver Saddle Saloon on Tuesday, June 29.

Firefly is described as a “one-stop shop” by owner John Wayne Shaw. He and his partner Kevin Rennels decided to combine their skills of fabrication and cooking to create a pop-up food truck with custom-made grills, smokers and other cooking equipment.

“We do everything from caterings, drop-offs, as well as all the fabrication and everything we cook on,” Shaw said. “Right now, we’re at that point where we’re getting about five different pop-ups and multiple builds every week.”

Shaw and Rennels have “popped-up” in Fort Worth and Weatherford, as well as Granbury. Shaw said they have plans to manufacture an open-fire pizza oven for a wedding in Brownwood.

With help from Shaw's wife, Michelle, they have cooked everything from hogs to two-pound tomahawk steaks to hot dogs — proof that Firefly definitely has something for everyone.

Having a pop-up venue is definitely different than owning a brick-and-mortar restaurant, but Shaw said having a pop-up establishment actually benefitted them in the long run during COVID-19.

“So many places shut down, and I think it was because of the trailer that we were able to stay afloat,” he said. “It's just nice to be able to go to different places and see a lot of new faces, instead of staying mundane between things. With this, we can literally pop up in the middle of the woods and have power. We have a three-compartment sink that we hooked up to a pump and a hot water heater with propane and a battery, so we can bring it all with us and then be ready to go.”

As for the fabrication side, Rennels makes custom offset smokers, collapsible grills and Santa Maria grills.

“Everything's cut and welded by us,” Shaw said. “Kevin does most of those. He has a background in civil engineering so his welds and measurements are a lot better than mine. Pretty much anything you can think of, we can build it. You need it? We can do it.”

Due to an abundance of orders and an increase in popularity, Shaw said if anyone wants a smoker, it will take him and Rennels about six months to get it to the customer.

“We were nominated in Parker County for Parker County's Best of Burger, and we've only done like five pop ups,” he said. “We were the last seed so we were 16th seed. In our bracket against the number two seed that was picked, they only beat us by about 30 votes. I'll take that as a win because most of them were blown out of the water by like, 300, and they have residency. I was like, ‘I'll take that. That's a win to me.’”

Shaw and Rennels have also participated in a number of local philanthropic events, including King’s Kid Ranch in Weatherford and Second Chance Farm in Hood County.

Firefly Grilling Co. is only going on its second year of business, but there are already plans for the future.

“We're looking to Fort Worth to try to get a small brick and mortar,” Shaw said. “We're slowly trying to get over to south side Fort Worth. We're just trying to get some more kinks worked out.”