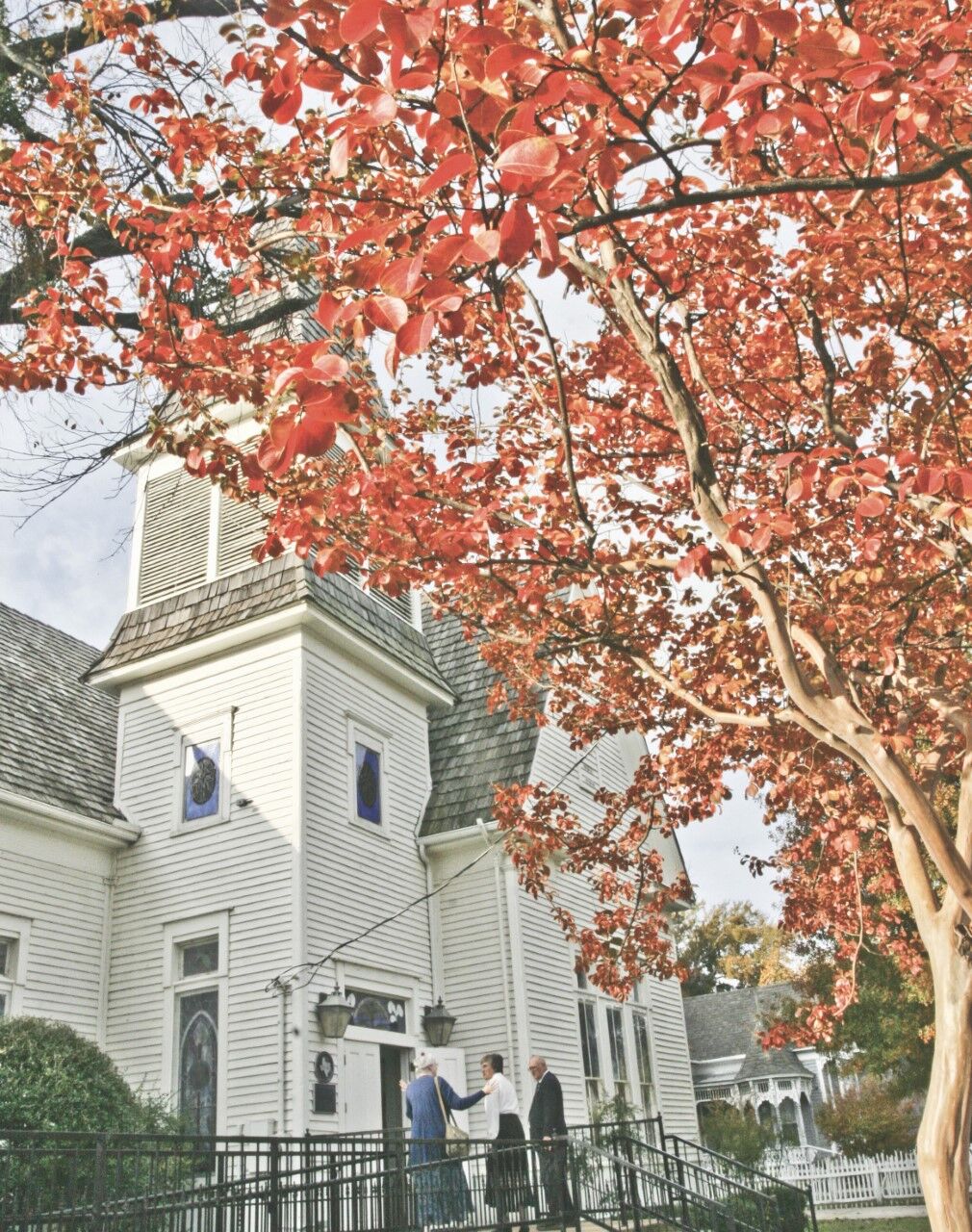 FALL COLORS: Leaves will be changing color at First Presbyterian as the temperatures drop. 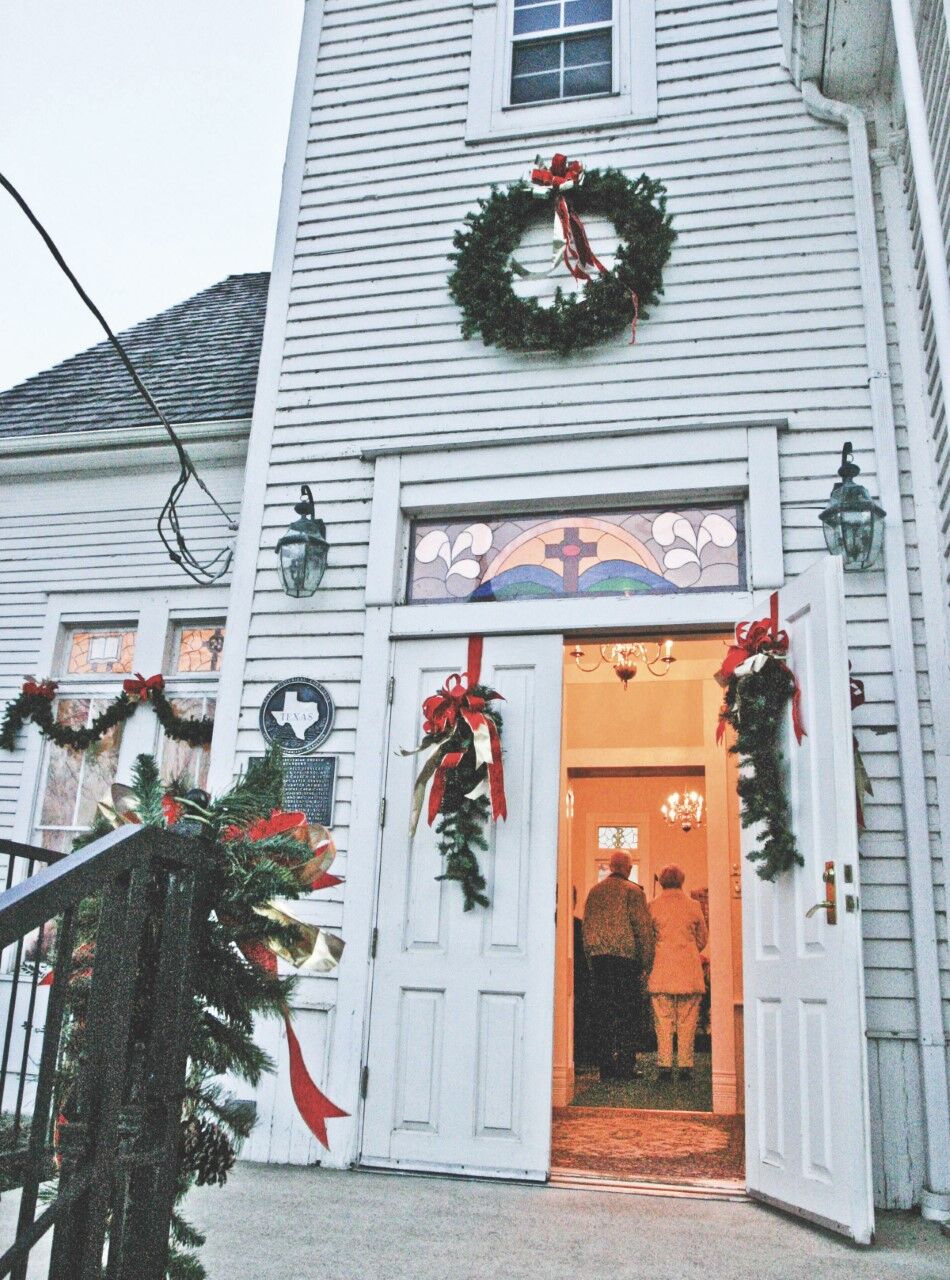 FALL COLORS: Leaves will be changing color at First Presbyterian as the temperatures drop.

The First Presbyterian Church of Granbury was built in 1896, making it one of the most historic buildings in town.

To celebrate the building’s 125th birthday, the church’s current congregation will be hosting a total of seven events throughout the next several months as a way to honor and commemorate the historic occasion. The first event will be held on Friday, Sept. 17.

HISTORY OF THE CHURCH

Although the building wasn’t constructed until 1896, the church was actually chartered much earlier, in 1879.

The minister at the time, Rev. H.G. Martin, held services at the courthouse on the first and third Sundays of each month, according to the Granbury “Vidette,” an early newspaper.

The next reference of Presbyterianism is in the Jan. 31, 1885 issue of the Granbury “Graphic,” which reports that Rev. A.S. Carver was holding services in the Baptist Church on the first Sunday of each month.

There were two schools of Presbyterianism: the Old School and the Cumberlands.

On May 12, 1892, the Cumberland Presbyterians purchased the lot on which the church now stands for $300. They later purchased the manse — the house occupied by a minister of a Presbyterian church —that was housed next door to the church, on Dec. 10, 1894, for $465.

Rev. C.C. McConnell moved into the manse on Dec. 12, 1894. In March 1895, the contract for the foundation of the church was awarded to I.M. Walley and the construction of the present building was completed in April 1896.

The congregation decided to wait until all debts of the building were paid before holding a formal dedication. The mortgage was paid off on Nov. 6, 1897, and the dedication service was conducted the next day, according to the book, “Historic Hood County.”

From 1913 to 1918, there were nearly 70 members of the church and regular attendance was in the 60s. During this period, the church hosted adult and children’s Sunday school classes and incorporated a 10-piece orchestra that played every Sunday at the church.

In the 1960s, the presbytery, (an administrative body representing all the local congregations of a district) felt that there was no future for the First Presbyterian Church of Granbury and were making plans to close the church.

Legend has it that when the presbytery committee came to talk to the members about this decision, Elder Jake Morris conveniently misplaced the key to the building, according to “Historic Hood County.”

Morris stated at the time, “We are getting old, and if God does not want a Presbyterian Church in Granbury, He will let it die with us.”

“Here we are many, many years later,” said Drew Travis, the current pastor. “The church is on an incline again, and doing good things, so we're glad we're still here.”

Not only is the church still standing, but not much has changed in 125 years. Travis said five years ago, the church received new paint, new pews and new carpet, but “essentially, it’s pretty much the way it was when it was first built.”

"The stories of all the folks that have worshiped in that place for 125 years are very meaningful, and I think there's a history of just walking in the doors, and a sense that you can appreciate all the things that have gone before,” he said. “They have been a part of this community of faith and part of this larger Granbury community; I think you can really feel that.”

He said the church still has its original bell and every Sunday he allows one of the children in the church to ring it.

“It's kind of fun, because where we sit at the front of the church, the bell is not really easy to ring and sometimes you do see little feet come flying by as they're pulling the bell and it picks them up off the ground,” he said, chuckling. “It’s a good reminder that the church continues. Folks get older and history moves on, but little people come in and are part of it.”

Travis described the church as “ecumenical,” meaning it allows Christians who belong to different denominations the chance to work together and promote Christian unity.

“Back in the 70s, a Lutheran Church and the Catholic Church all worshiped in this sanctuary together. They needed space to worship, and the Presbyterians did that,” he said. “It's been ecumenical in nature as it's grown and changed.”

Brenda Church, associate pastor, explained the logo for the celebration, which features three hands on top of each other.

She described the 125th celebration as “the past reaching into the future.”

The First Presbyterian Church of Granbury is hosting one event each month to commemorate the history of the building.

The first celebration event will kick off at 7 p.m. on Friday, Sept. 17. The Granbury Sax Quartet will entertain the congregation with its music and a Granbury historian will be the guest speaker.

The future celebration events are listed below:

“Being one of the older historic buildings in town, we think that's pretty special, that we get to worship in that building,” Travis said. “We hope that we're going to be able to give something of substance to the community as a ‘thank you’ for the way the community has supported this congregation for these 125-plus years.”

“We are not at the end of the story,” Church added. “So, 125 years in, we’re still building the foundation upon which we have built, and maybe 125 years from now, we will still find God and still be serving our community.”

Travis also agreed with Church’s theme of the “past reaching into the future.”

“This is our time to reach back into the past and to remember who we have been and to remember those folks that have made us that way,” he added. “But it's also time for us to look forward to what our future will bring and how this group of Christians who worship here in the First Presbyterian Church now will be moving into the future. One day somebody will reach back and remember what we've done in ministry in this community. We're going to be here for a long time.”