Starting at
$100.00 for 365 days
Get Started
View all rates
You are the owner of this article.
Edit Article Add New Article
You have permission to edit this article.
Edit
Home
News
e-Edition
Diversions
Columnists
Multimedia
Obituaries
Classifieds
Best of 2022
Share This
1 of 3 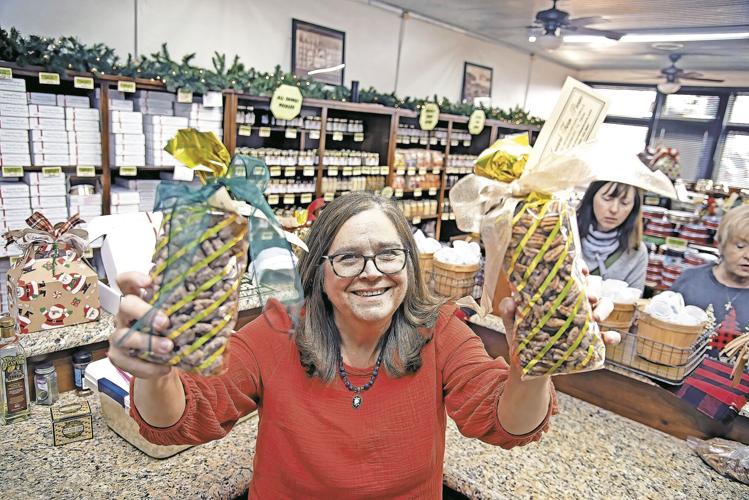 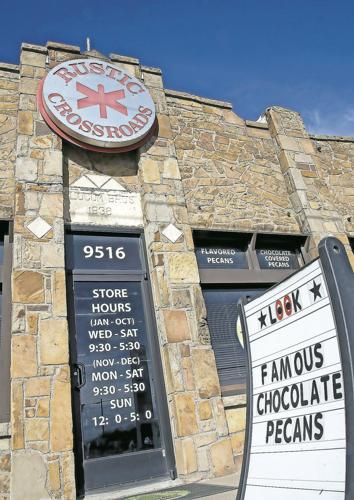 CRESSON CROSSROADS: The store was established in 1988 as a way for the public to purchase pecans grown at Anthony Orchards. 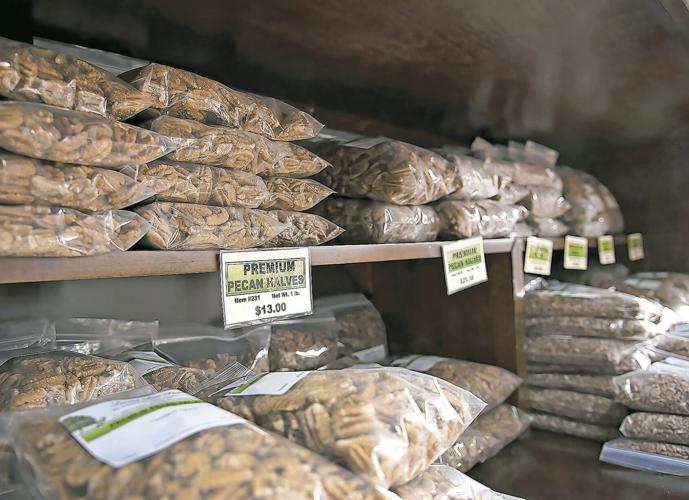 PECAN STATION: Bags of pecans line shelves inside the store. The nuts are the main ingredients in the ever-popular pecan pie, which became the official state dessert of Texas in 2013.

CRESSON CROSSROADS: The store was established in 1988 as a way for the public to purchase pecans grown at Anthony Orchards.

PECAN STATION: Bags of pecans line shelves inside the store. The nuts are the main ingredients in the ever-popular pecan pie, which became the official state dessert of Texas in 2013.

CRESSON — When Texans think of holiday foods, turkey and ham are some of the most popular meats that come to mind. Then there is the ever-popular pecan pie, which became the official state dessert of Texas in 2013.

Ben Anthony, the general managing partner of Anthony Orchards that operates Leonard Farms Pecan Store and Ranch Oak Smokehouse, has found a way to combine the holiday favorites of both meat and pecan pie into one convenient local store — creating the ultimate holiday gift business.

The retail store, located in Cresson at 9516 E. Highway 377, specializes in freshly harvested pecans and the finest quality of smoked meat.

The pecans are fresh and grown at Leonard Bend Farm, a 1,500-acre pecan orchard in Pecan Plantation.

Anthony’s grandfather, O.P. Leonard, began planting pecan trees in the 1930s and his father, James E. Anthony, began working in the orchard in the early 1960s. Over the years, the family has expanded the orchards to cover more than 6,000 acres.

“I grew up in and around the pecan orchards and committed my career to the pecan industry in the early 1980s,” Ben Anthony wrote for the company brochure.

“They originally started with selling just pecans out of like the back of the truck at the corner of 377 and 167, just people buying pecans in the shell, nothing else,” said Donna Meriwether, assistant manager for the pecan-side of the business. “Around 30 years ago, he (Anthony) started sending some of them off to be chocolate coated and then would bring them back here and put them into gift bags and started a mail order Christmas seasonal business. It grew over the years and so they added a little store.”

The Leonard Farms Pecan Store was established in 1988 as a way of offering the pecans grown in the orchards directly to the public.

Mail order has also been an important part of Anthony’s pecan business. Each year the company ships pecans to all 50 states and several foreign countries.

Shelled pecans have always been the company’s staple product, but its signature product is the chocolate-covered pecan. The pecans are enrobed with chocolate on the Leonard Bend Farm using two enrober machines. Enrober chocolates are typically when the center of the chocolate is made first and is then coated in a thin layer of chocolate.

“The pecans come through a conveyor and the chocolate comes down and splashes up from the bottom and covers them. Then, it goes through a long 20-foot or so cooling tunnel to cool it all down,” Meriwether said.

The chocolate pecans are then packed into gift cans or boxes and shipped nationwide.

Originally, the store was located inside a smaller building behind Tommy’s convenience store on Highway 377 and pecan products were only sold in November and December.

However, as the business continued to grow, Anthony decided to expand the hours and open the business year-round.

“We added products that we've never carried before — the jams, jellies, the pickled veggies,” Meriwether said.

Around that same time, in 2018, Anthony purchased Ranch Oak Smokehouse from Tom Misfeldt, who had owned and operated the smoked meat retailer since 1981. Due to the owning of both businesses, Anthony moved his entire operation to its current location.

“It's the same business; it's just a different product,” Meriwether said. “It's the same mail order business. It's a holiday gift business. We do it all year, but Easter and Christmas, those are the two good seasons of the year.”

“We don't smoke meat,” Meriwether said. “We buy them from a distributor and so they're the ones that cook the meat. We don't have any raw meat in the facility except we have two bacons that aren't cooked. Everything else is cooked, smoked and ready to go.”

“Milk chocolate was the first, and it’s pretty much the favorite,” Meriwether said.

She said they are constantly looking for new flavors to add to the batch, like finding a good recipe for a spicy or a sweet and spicy flavor or even something small, like adding a tiny amount of lemon into the white chocolate.

“We continually look for new flavors and test them out, like coconut, just all kinds of stuff. But are we going to add more business or are we just diluting the business by adding another flavor? The spicy one would add business; we get asked for that all the time. That's something people are really interested to find in a nut,” Meriwether said.

She said she has worked for Anthony for the past 13 years and loves working with him and the other employees.

"The ones that cook and make all of this stuff, they just really take it seriously and want it to be right, not just for sanitation, but to make it taste, cool, melt and all those things that have to be done to make it consistent,” Meriwether said. “Then above all that is the Anthony family that I've worked for. I just really appreciate Ben and his brother, John and his dad. It's an important part for him (Ben) honoring his granddad's work and being a part of that and continuing it as much as we can.”

“Anthony Orchards and Ranch Oak Smokehouse appreciate the many customers we have served throughout our rich histories,” Ben Anthony wrote on the company brochure. “Whether purchasing for yourself or gifting to family and friends, we are committed to providing you with the quality you have come to expect. As we work to combine our two businesses under the same roof, our number one goal will remain providing quality products at competitive prices with friendly and responsible service. I am excited to combine these two classic businesses and offer some of the most popular foods the holiday season has to offer.”

Shaw sentenced to life in prison for 2018 murder

Police: No charges in GISD gun incident due to failure by officers, attorney involvement