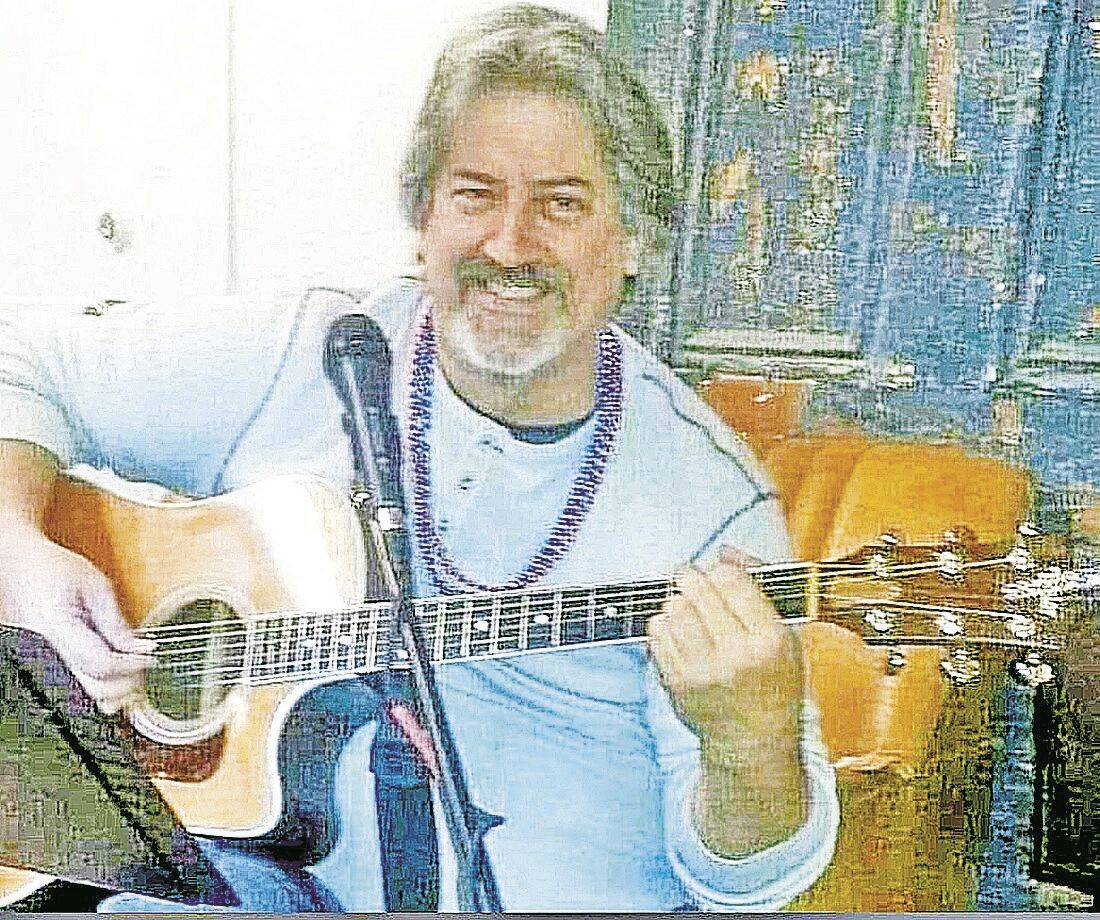 GONE BUT NOT FORGOTTEN: Jesse Overton, a well-known and loved local musician, passed away on Thursday, Sept. 23, from COVID-19 complications. 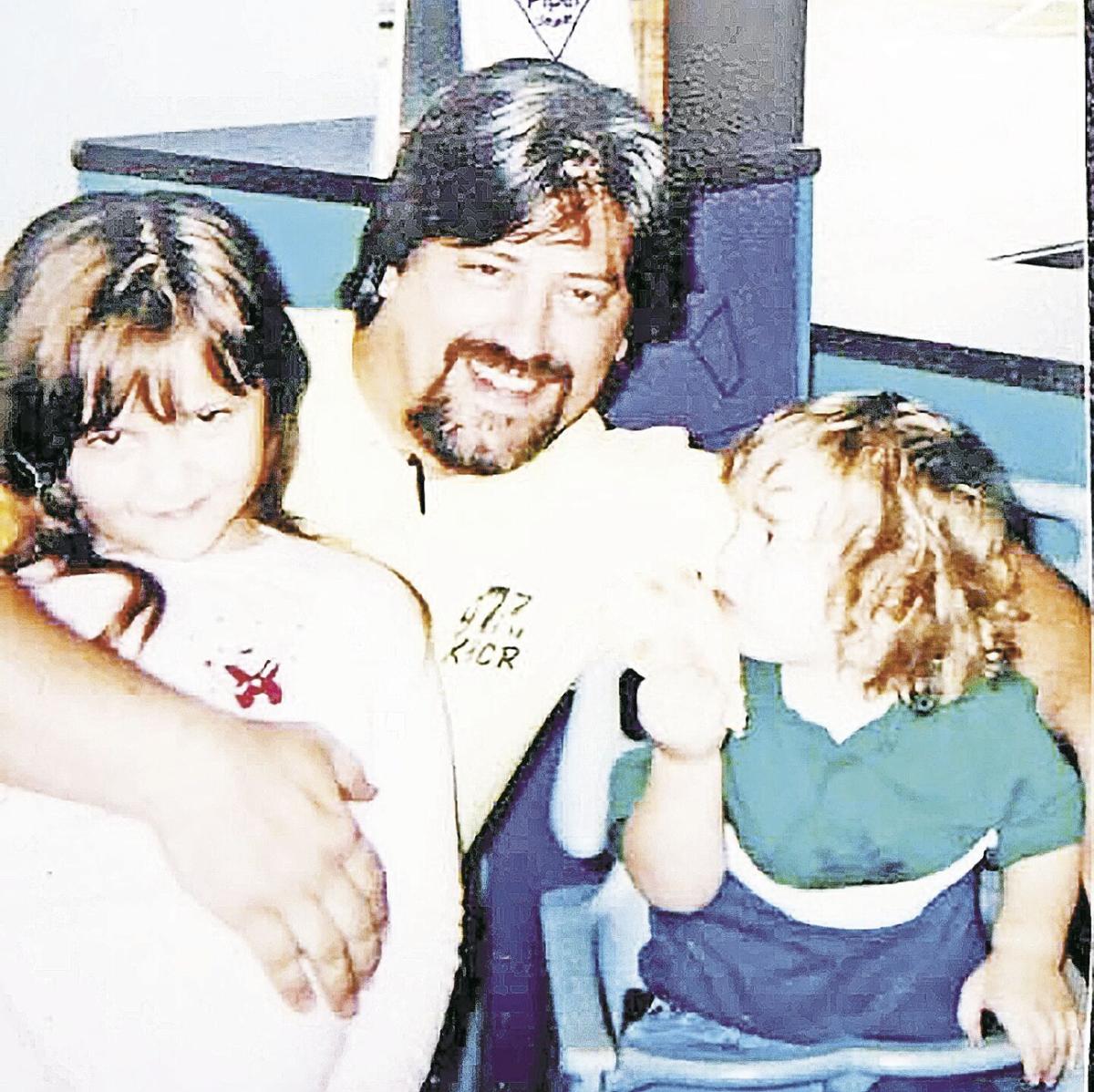 FAMILY MAN: Jesse Overton is pictured with his oldest daughter Ariel, and his late son Dominic. 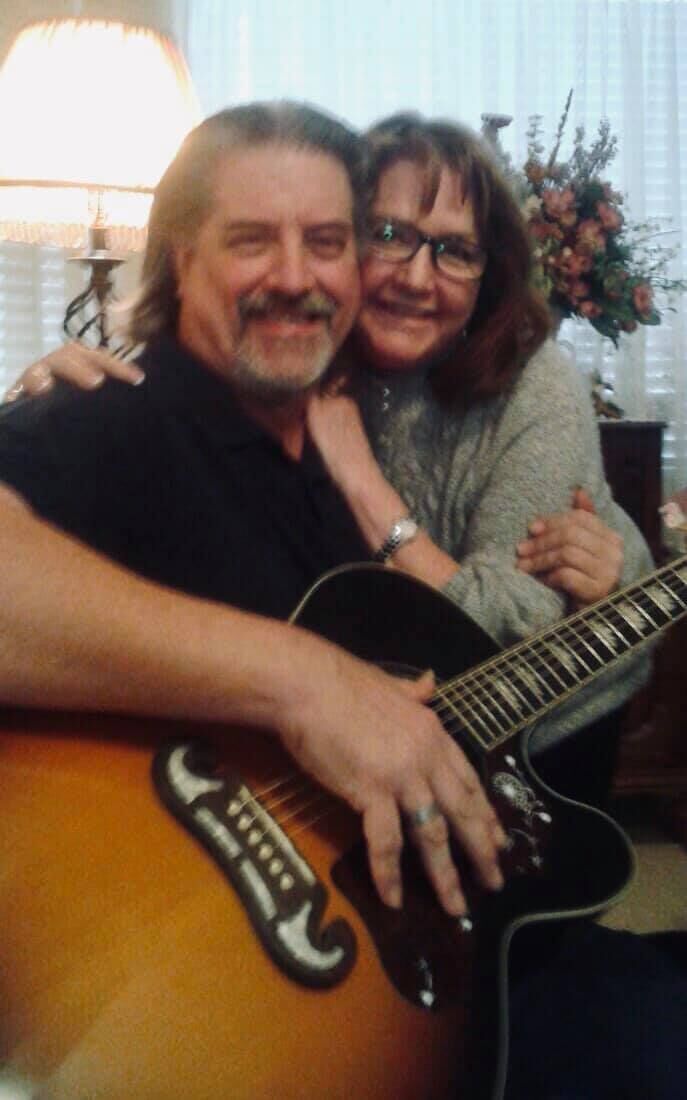 PASSION FOR MUSIC: Jesse Overton is pictured with his girlfriend Linda Lemmons, and also holding a guitar. His dad bought him his first guitar when he was 13 and he has been playing and singing ever since.

GONE BUT NOT FORGOTTEN: Jesse Overton, a well-known and loved local musician, passed away on Thursday, Sept. 23, from COVID-19 complications.

FAMILY MAN: Jesse Overton is pictured with his oldest daughter Ariel, and his late son Dominic.

PASSION FOR MUSIC: Jesse Overton is pictured with his girlfriend Linda Lemmons, and also holding a guitar. His dad bought him his first guitar when he was 13 and he has been playing and singing ever since.

The Granbury community is mourning the loss of locally famous musician Jesse Overton, who regularly performed all over town at venues like D’Vine Wine, Farina’s and Mesquite Pit.

Overton passed away on Thursday, Sept. 23, due to COVID-19 complications. His family and close friends are remembering Overton for the joy he brought others in his music and quirky personality.

Overton, who was 61, first learned to play guitar after watching his father and older brother Larry play regularly. His dad bought him a guitar when he was 13 years old, and he has been playing and singing ever since.

“We both grew up Church of Christ. His parents were missionaries. That's where we both learned to sing,” said fellow musician and Overton’s friend of 13 years Jerry Allen. "Jesse went out to Abilene and took acting and music lessons. He was into the artistic theater type stuff, so that's kind of where he got to do a lot of that, but mostly singing. He had a wonderful singing voice.”

Overton started his own music company, Overton’s Overtones, and he regularly played both guitar and piano at area restaurants, public venues, private parties and weddings.

“He was a great musician. He was a wonderful singer, wonderful guitarist. He played piano, just not as much as he played guitar. Guitar was very important to him,” said Emily Hope, Overton’s youngest daughter.

“A lot of people don't know this, but dad was actually a writer — composing music and lyrics — but he actually wrote short stories,” said Ariel Gibbons, Overton’s oldest daughter.

Allen said Overton enjoyed playing for the community and was always trying to book gigs.

“He had more hustle than anybody I know, but he didn’t always do it for the money,” he said. “A lot of times he would just come over and play at nursing homes or maybe a Sunday service. He was just a really good, giving person.”

Overton brought to each venue five huge binders that were filled with song lyrics, and Allen noted, “He made a lot of tips because he played what people want to hear, which is what you do.”

Overton loved playing songs by The Beatles, but he was known for playing “Unchain My Heart” by Joe Cocker at D’Vine Wine on karaoke nights.

“Nobody's gonna touch that one (song) anymore because that was Jesse's song,” Allen said. “It's a great song, but I kind of felt like at some level that he really wanted somebody to unchain his heart, that he could go ahead and let loose too and would love him the way that he was capable of loving.”

Overton even brought the joy of music home with him. Over the course of two years, Overton would play songs for his three daughters: Emily, 24, Arianna, 25, and Ariel, 27 every night before they went to bed.

“He didn't just do one song; he did a series of songs like ‘Here Comes the Sun,’ and ‘Cats in the Cradle.’ Growing up, I remember we would all leave our doors open, and he would sit in the hall and he would play songs until all three of us were asleep,” Hope said. “That always made him so happy because his father was a guitarist as well, and his father played and did the same thing with his kids.”

Allen said Overton never let his physical disabilities get in his way, especially when he was onstage. For the last couple of years, Overton had a problem with his leg, but you would never know it whenever he performed.

“He just had that big smile and would laugh and play,” he said. “When he was onstage playing, I think that was probably when he was most alive.”

A heartbreaking accident happened in 2005 when Overton’s 4-year-old autistic son, Dominic, drowned. When Dominic passed, Overton wrote a song called, “The Smile of My Heart,” which was his favorite description of his son, according to a June 2017 article in “Granbury Now” magazine.

“My girls were grieving with his death,” said Overton, as he was quoted in the article, “so I wrote a song called ‘How Do You Like Heaven?’”

“I know he loved his kids intensely and it shook him to the core when he lost his son, and that was really something that severely stuck with him,” Allen said. “He has a special needs daughter, Arianna, and he doted on her all the time and tried to go ahead and make sure she was taken care of.”

He performed eight times at the Granbury Opera House over the years, including appearances in “Fiddler on the Roof,” “1776” and “A Christmas Carol.”

“He was playing one of the ghosts in the Opera House version of the Dickens tale, ‘A Christmas Carol,' and he shined in that role. I mean he loved it,” Allen said. “He loved the theater. He loved to entertain people. He was a ham.”

Overton loved sitting through the credits at the end of movies and “could not tell a joke to save his life,” as his oldest daughter Ariel pointed out.

“He messed up the punch line on every single joke he told, and yet if you got him in the right situation, he would come up with these one-liners and have you bust your gut laughing,” she said.

“One of the times we were driving down the road, and there was this garage sale. At the time our air conditioning went out, and it was real hot in the house and so we were looking for fans,” Hope said. “And I saw a fan, and I was like ‘Dad, look, there's a fan.’ And he's like, ‘Oh, well that's a box fan and I'm not a fan of that.’ I cracked up. I thought that was so funny. He wasn't even trying to be funny or anything. He's just like, ‘Oh, that was a pun, wasn’t it?”

Overton also had a huge sweet tooth, and one time had taken Hope to Six Flags to have her taste the popular and delicious Pink Thing ice cream. Unfortunately, that ice cream had been discontinued.

“The sadness on my father's face,” Hope said. “My dad sits me down with a regular old ice cream in hand, and he's just kind of disappointed with it and he tells me this story. He's like, ‘Emily, I'm gonna tell you this story and I'm very proud of this story.’ I'm like ‘OK.’ He bought about 17 Pink Things and he ate them all, threw them up and then went back and got more. When people asked him, ‘Why are you grabbing more Pink Things?’ He's like, ‘I've got room for more now.’ As he's telling me the story, I'm mortified and my dad has this smile on his face like, ‘I did a good thing. I did a good job.’”

“He had this really warm presence about him,” Gibbons said. “He was actually quite a simple guy. He loved food, he loved movies, he loved his family, just a good ol’ Texan country boy. He was a big guy with a teddy bear heart. He had a really uplifting spirit that lifted others up.”

The 817 hosted a fundraiser on Oct. 3, in which several musical acts came together to honor Overton, and donated the tips they earned to his funeral and medical expenses. Gibbons also sang and played her dad’s guitar during the tribute.

Overton was well-known around the Granbury community, where his music and spirit will continue to live on for generations to come.

According to his obituary at wileyfuneralhome.com, every night Overton told his three daughters to, “Wake up with a smile on your face and a song in your heart.” Because of her father and his love for music, Gibbons is keeping up the family tradition of playing songs before bed for her own child as well.

“I'm gonna miss him,” Allen said. “I already do, but anytime that I play any of the songs that he did, it'll be with a little bit of a tear in the eye, I can promise you that.”