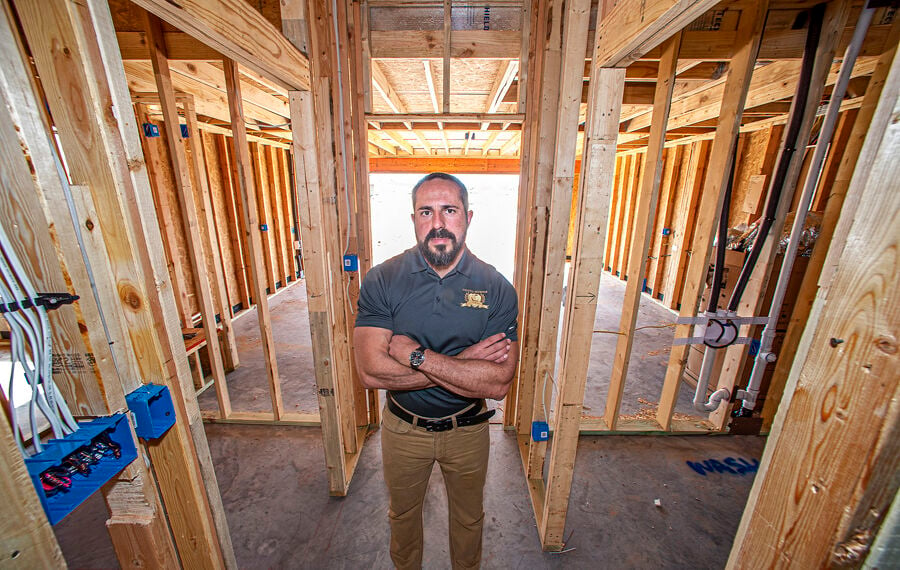 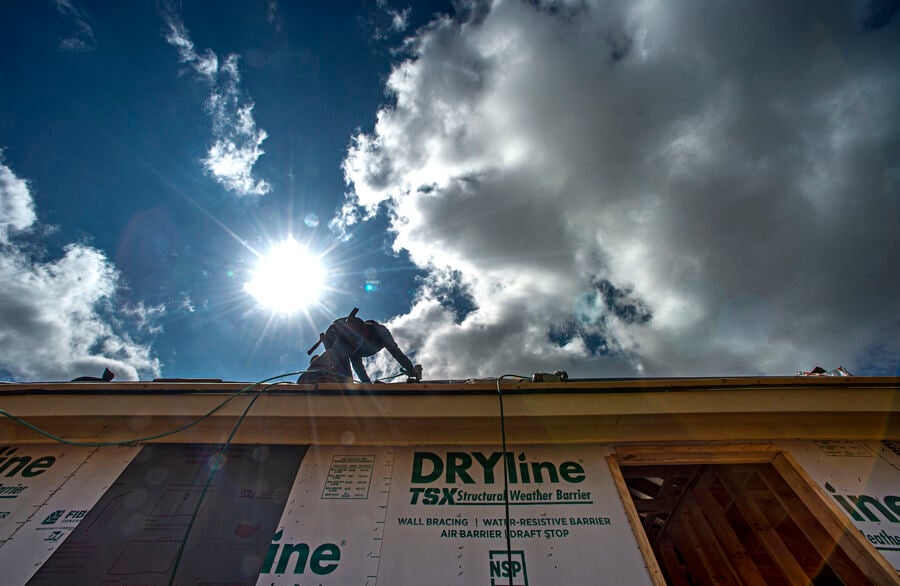 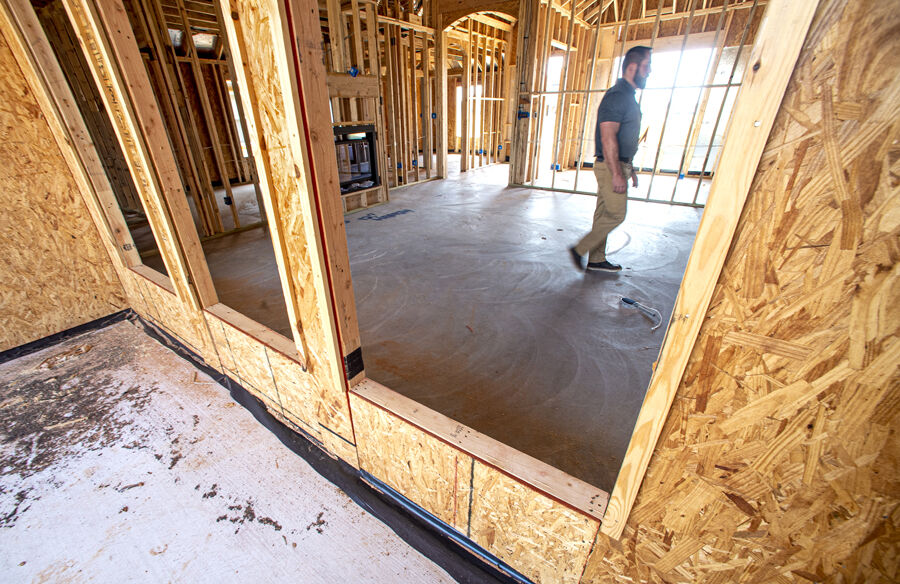 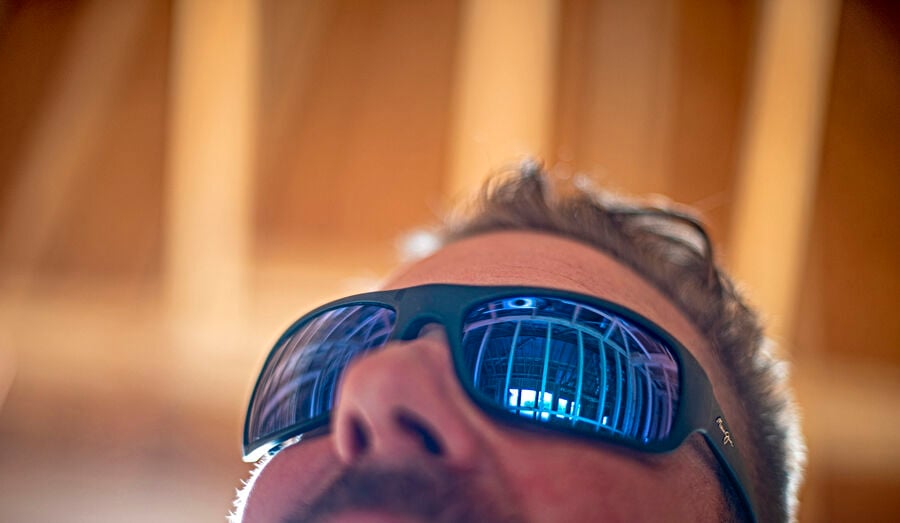 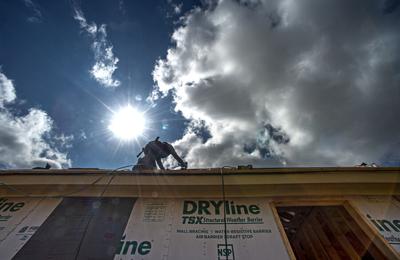 Lumber supply-and-demand headaches caused largely by the pandemic are expected to continue impacting construction for the remainder of this year and possibly part of the next, causing delays and financial hits to builders and homebuyers alike.

Nevertheless, people are still flocking to Hood County, even though shortages of lumber and other building materials have added thousands to the cost of their home or forced them to downsize on the home of their dreams.

Some in the industry say they are booked out for months or have so much business they aren’t taking on new clients for now.

Donny Couto of Couto Homes said his company is booked with new customers through the end of August.

“There’s an abundance of customers,” he said. “Interest rates are helping. They’re able to secure historically low rates, close to 3%, which has never been seen. Some of them can justify pulling the trigger on building a new home.”

In Couto’s view, the COVID-19 pandemic that led to backlogs fueled an already strong influx into Hood County, deemed one of the fastest growing counties in the country by the U.S. Census Bureau. He feels that the pandemic led to the realization that many jobs can be worked from home, which has caused a “great flock to the suburbs” nationwide.

People find Hood County appealing for several reasons, he said. Taxes are “reasonably low.” The schools are good. The county is convenient to the Metroplex and about an hour’s drive from DFW Airport. Granbury, though growing, still has “small town charm” and, with the lake, there are leisure activities.

“The quality of life is considerably better here,” said Couto, who began building custom homes in Hood County in 2001, following in the footsteps of his father, Al Couto. “You can work from home and have an acre of land, which continues to be very popular, for considerably less money than other areas.”

Casey Wallace, chief operating officer for Henson Lumber, which employs about 60 people at its Cresson plant and its Cresson retail store, voiced a similar opinion.

“We have so many people moving in from out of state,” he said. “I think with this pandemic, Texas has a lot of attractive things in terms of cost of living. It’s a new world with the pandemic. A lot of people are going to continue to work from home.”

Henson has been struggling to keep up with demand, Wallace indicated. For now, the company is not taking on any new customers because it is focused on meeting the needs of existing accounts.

“Business is very strong,” Wallace stated. “It’s strong for us, it’s strong for all the builders. The huge problem is the supply side of getting the product.”

Windows are taking 6-12 weeks longer because of backlogs, he said, and there are also delays with other things that are considered millwork, such as doors and interior trim.

“Builders aren’t able to complete houses in the timely manner they’re used to” because of not being able to get certain items quickly, Wallace said.

Although those wanting to build on an acre or more may find that land is reasonably priced, the lumber spike has added an additional $24,000 to the cost of an average, new single-family home since last April, according to the National Association of Homebuilders. The additional costs are even more for larger homes and those with more upscale amenities.

“It’s crazy. Prices are just off the charts,” Wallace said.

The Henson executive explained that when COVID-19 hit, lumber mills and related businesses laid off and furloughed employees under the assumption that demand for their product would drop dramatically. Instead, the opposite happened.

“People stayed at home and spent money on home improvement projects because they couldn’t travel,” he said. “When the lumber mills needed to be running full blast, they were not. When they tried to get back up and running at full capacity, they had a difficult time.”

Wallace said that as mills got further and further behind, prices escalated.

The cost of the wood panel product Waferboard, or Oriented Strand Board (OSB) - “one of the big items used in new construction” - has risen more than 300% since COVID-19 hit, Wallace said.

Couto said that copper, concrete and steel rebar are seeing “significant increases” as well, and there are sometimes delays with appliances, which are often made oversees.

“Everyone is in the same position,” Couto said of fellow homebuilders across the nation. “Everyone is dealing with some kind of supply chain issue.”

Couto said that a year and a half ago, a $400,000 home built by his company would involve about $35,000 worth of lumber. Today, that same amount of lumber costs more like $80,000 – and is continuing to rise, proving to be “a headwind” that is causing some clients to hold off on building or to reduce the square footage of their home.

Will Steed of Will Steed Homes, who has been building custom homes in Hood County and surrounding areas for 22 years, said that one thing most people don’t realize is how bank appraisals are being affected.

“For those homeowners who need construction loans to build their homes, the appraisal of their new construction has been below the actual cost to build the home since the lumber crisis began about halfway through 2020,” he stated. “This has made it more difficult for homeowners to get loans and, for some, it has made financing quality construction out of reach.”

Steed said that in some cases homes are 30% higher than they would have been if built a year ago.

“The higher material costs are not at the builder level, they are at the producer level, so we as builders and homeowners are having to deal with some unpleasant consequences of these higher prices while it seems the producers are happy to maintain the status quo,” he said.

Steed continued, “As far as my company goes, we will never sacrifice structure or energy efficiency, so we are having to rethink luxury items such as outdoor kitchens and fireplaces to make up at least some of the difference. Instead of building out these items during construction, we are putting the rough-ins in place for a later addition. And until we can produce more lumber and more skilled labor or stave demand, I’m afraid costs will continue to remain elevated.”

Couto said that his company is currently “eating” $15,000-$18,000 per home. He explained that prices are locked in once a client signs a contract, but the cost of materials continues to rise during the construction process.

Wallace said that the supply chain problems have caused some companies to take “force majeure.”

Force majeure is a clause included in business contracts to remove liability for natural and unavoidable catastrophes that cause disruptions and an inability to fulfill obligations.

Additionally, the United States is dependent upon other countries for many of the products used in the lumber business and those countries are “struggling mightily” with COVID and are running behind on production, which has caused costs to rise sharply, Wallace said.

“We are on allocation on so many items that we have had to quit taking on any new business,” he stated. “Building remains robust with new or resale houses selling quickly and sometimes over the asking price.”

According to LBM Journal, which describes itself as the leading media company serving lumberyards, building material distributors, wholesalers, manufacturers and service providers, during a four-week period that ended March 21, 39% of homes in 400 U.S. metro areas sold above their list price, “an all-time high and 1.9 percentage points higher than a year earlier.”

Wallace said, “With the struggling supply chain in our industry, the current supply and demand pace cannot be sustained. Demand needs to shut off for a month or so to let supply catch up. Realistically, that is not going to happen, so I don’t see prices going down for the foreseeable future.”

Steed is more optimistic. He hopes that things will improve before the end of the year.

“I know the National Association of Homebuilders is lobbying the current administration to urge suppliers and mills to increase production, and I sincerely hope they achieve success,” he said. “I’m also hoping the administration will consider further reducing tariffs on Canadian soft wood that were put into place in 2017. With looming inflation and rising interest rates, we may also see the demand side catch a breather later this year.”