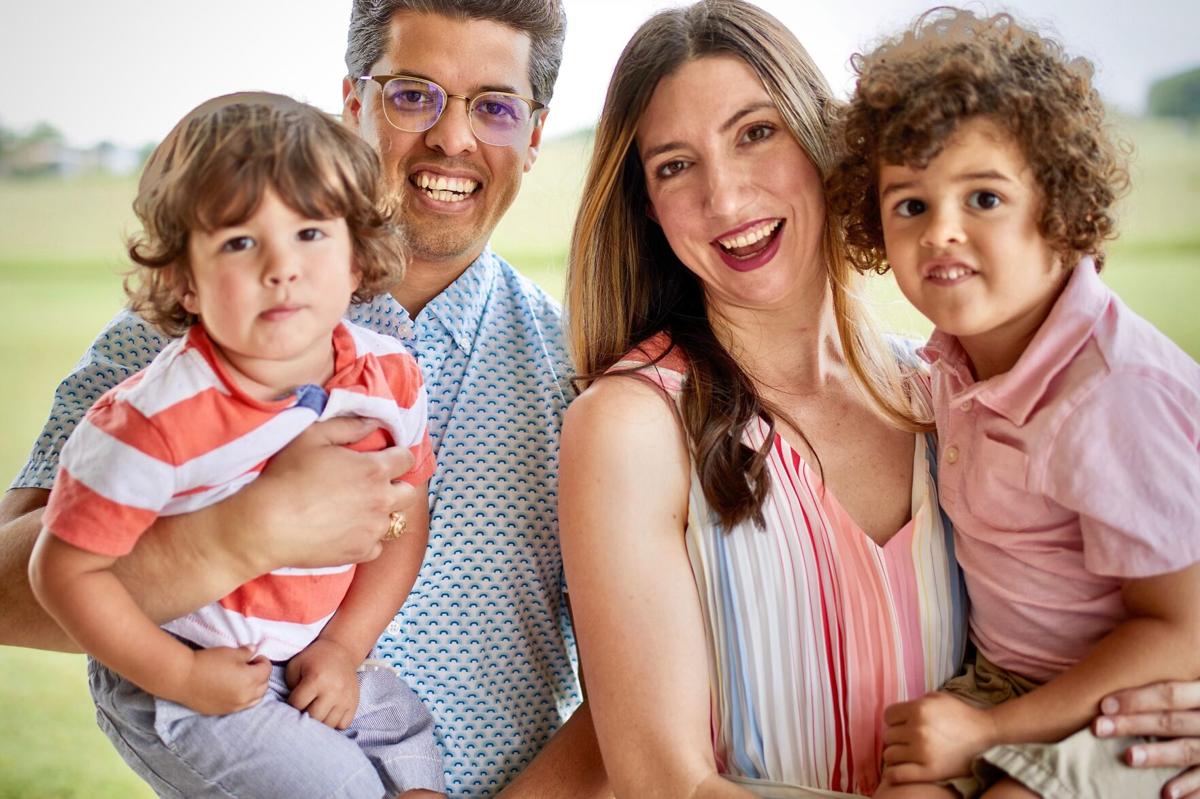 The Alvarez family posed for a Mother's Day photo. 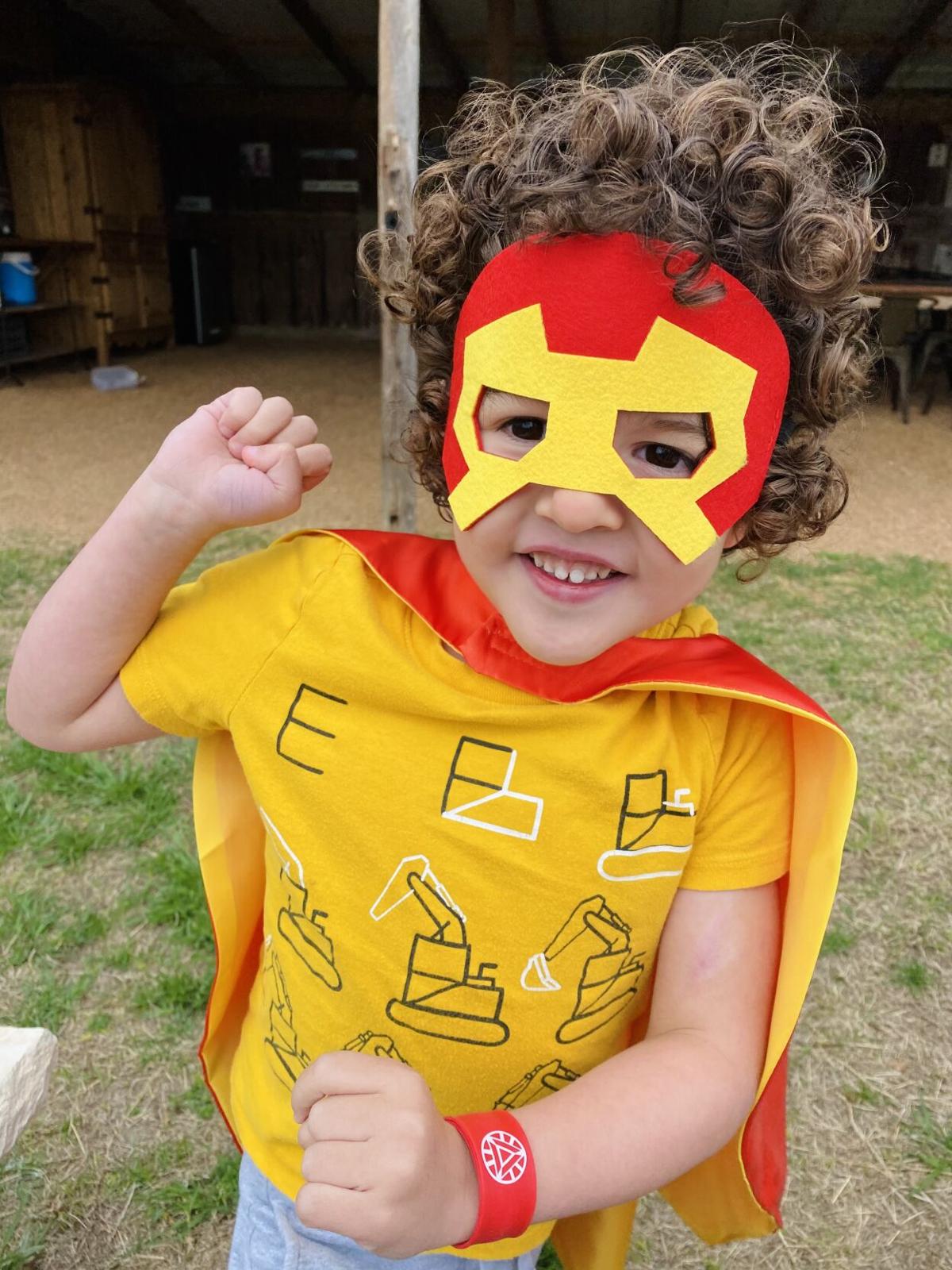 Ollie Alvarez had a superhero party for his fourth birthday. 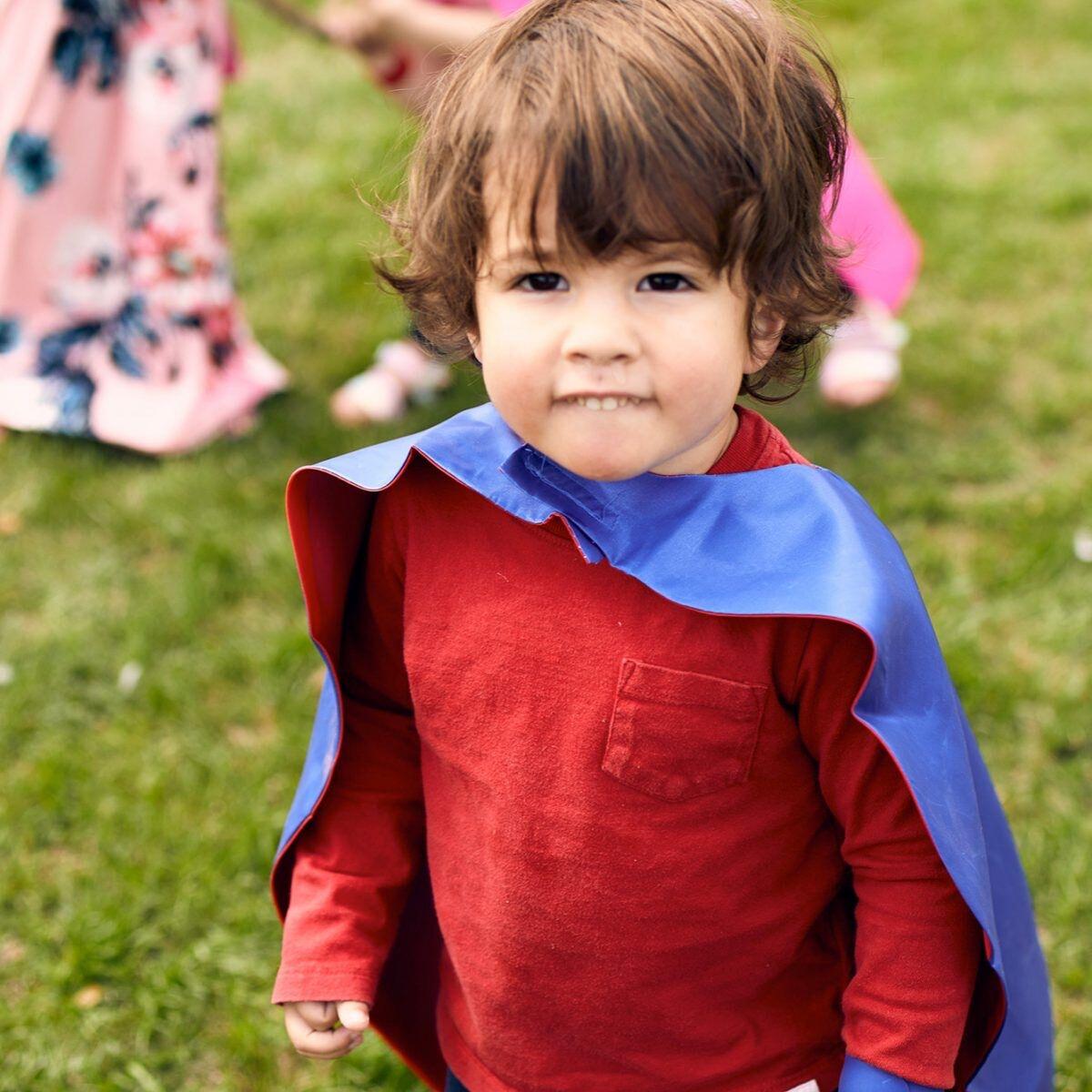 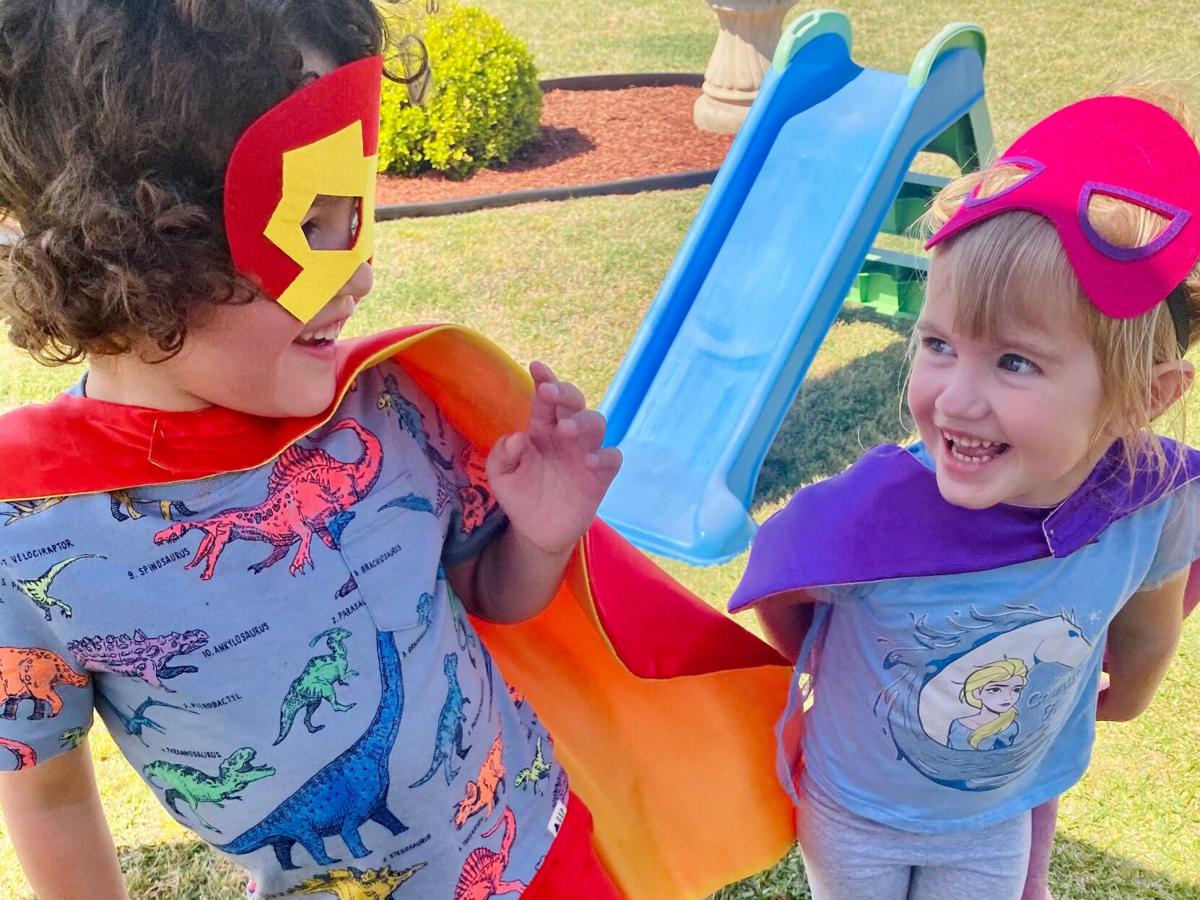 Four-year-old Ollie Alvarez is a beloved playmate to Emma Swindle and other local children. 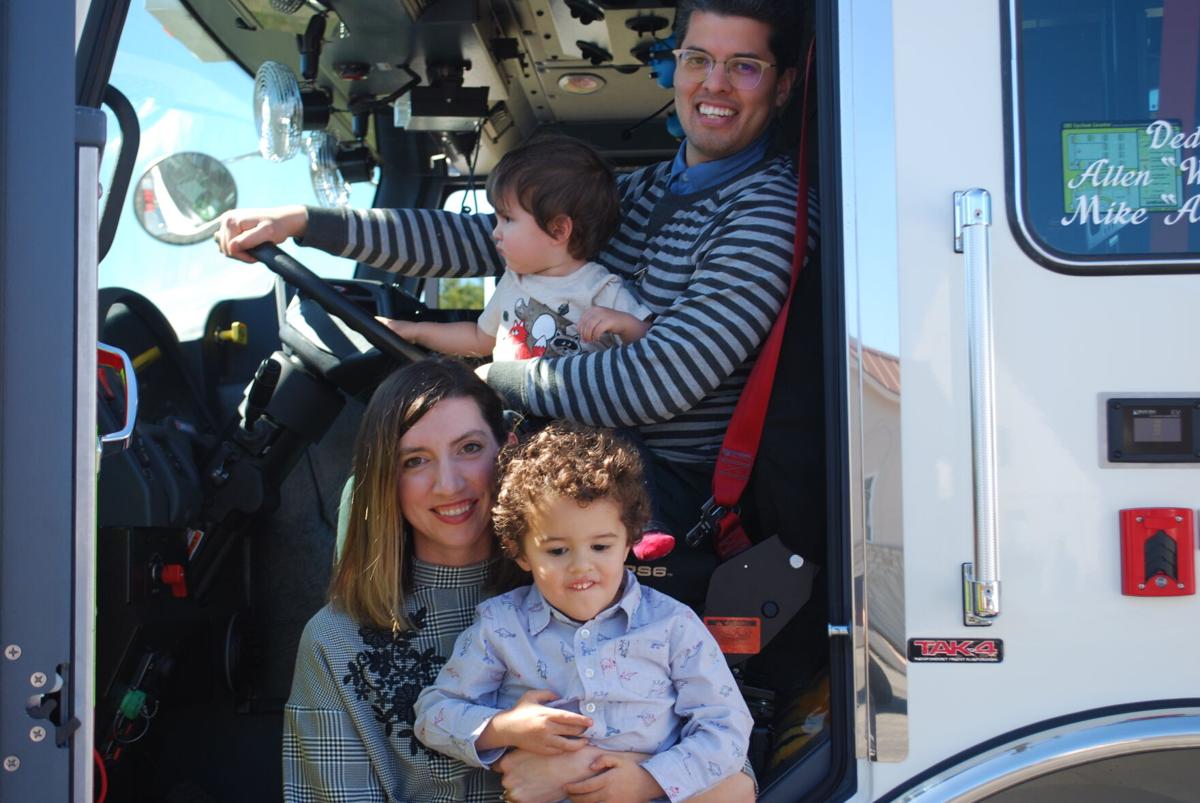 The Alvarez family shares a light moment together. 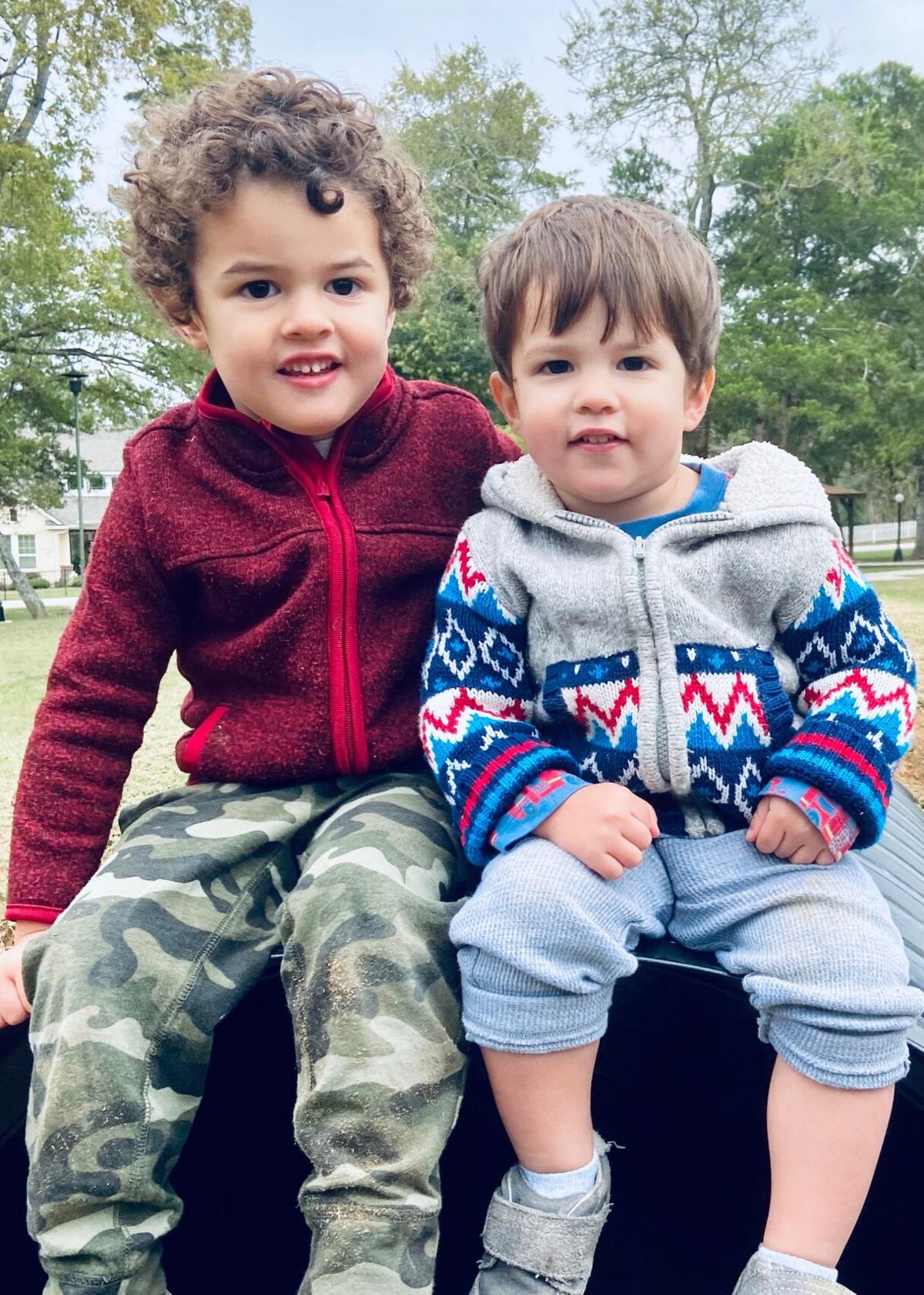 In September, Hugo and Ollie Alvarez will travel to a clinic in Boston that specializes in Duchenne muscular dystrophy. 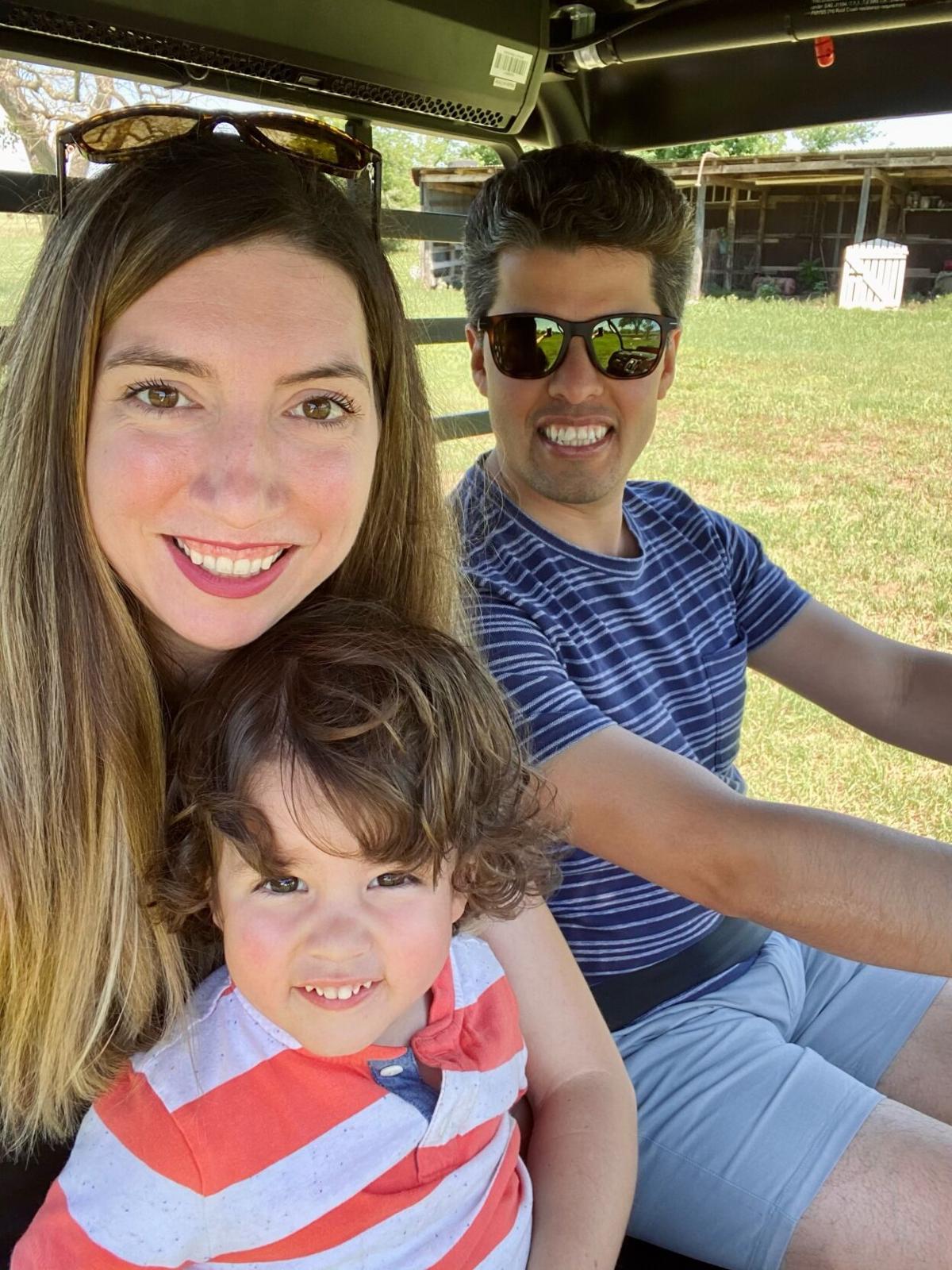 Paul Alvarez, shown here with wife Natalie and youngest son Hugo, said he is heartbroken by the medical diagnosis given to both his boys. 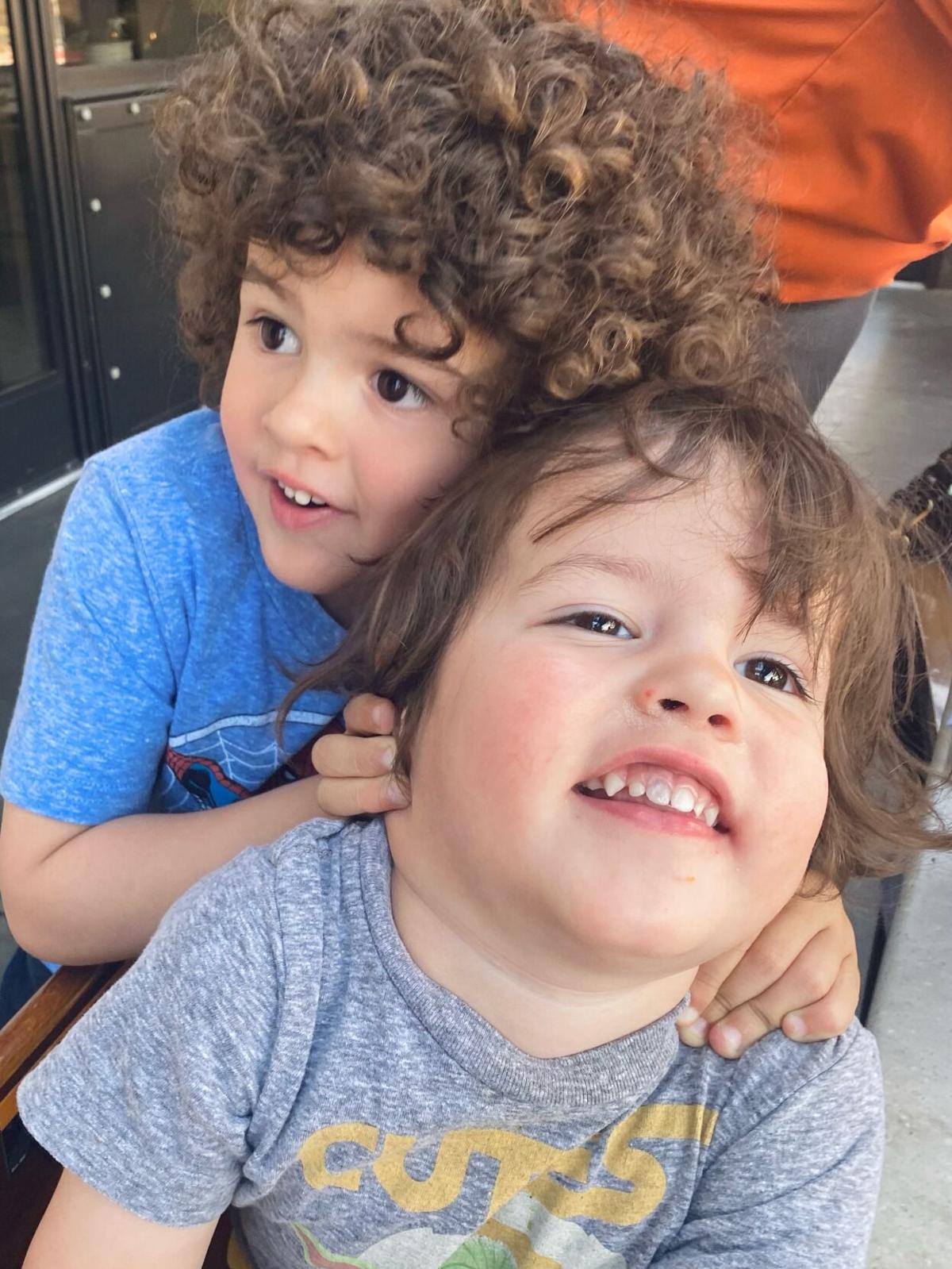 The Alvarez family posed for a Mother's Day photo.

Ollie Alvarez had a superhero party for his fourth birthday.

Four-year-old Ollie Alvarez is a beloved playmate to Emma Swindle and other local children.

The Alvarez family shares a light moment together.

In September, Hugo and Ollie Alvarez will travel to a clinic in Boston that specializes in Duchenne muscular dystrophy.

Paul Alvarez, shown here with wife Natalie and youngest son Hugo, said he is heartbroken by the medical diagnosis given to both his boys.

At just 4 and 2, Ollie and Hugo Alvarez may not know exactly what a superhero is, but they love dressing up with friends in colorful capes and masks for fun play dates.

The little boys are too young to understand that their days of carefree play are likely numbered. And they cannot yet comprehend that some courageous crusaders are not fictional characters but flesh and blood humans like their own parents.

Since last fall, Natalie and Paul Alvarez have been coming to grips with a devastating diagnosis for both of their energetic little boys.

Ollie and Hugo have Duchenne muscular dystrophy (DMD), a rare genetic disease caused by changes in the dystrophine gene. Over time it leads to loss of muscle and decreased muscle strength.

The disease typically affects boys, but girls can be carriers and mildly affected. Symptoms include frequent falls, trouble getting up or running, a waddling gait and learning disabilities.

Without a cure or advances in treatment, Ollie and Hugo will likely be in wheelchairs within a few years. Life expectancy for those with DMD has gotten better, but not by much. A lucky few have made it out of their 20s and lived to their early 30s. At 49, Tom Sulfaro of Michigan is the longest-living person with DMD, but he has been on a ventilator for many years.

Life for the Alvarez family took a turn last October when Ollie’s teacher at Lake Granbury Montessori Academy told Natalie that the little boy was having difficulty keeping up with his classmates physically and verbally.

“He also had a lot of falls when he was a toddler, and I was concerned about his posture,” Natalie said. “When I spoke with a physical therapy friend of mine, we realized he had Gowers’ sign, which is a common early sign of muscular dystrophy. I knew when she mentioned it that that was what it was.”

Natalie was already familiar with DMD because her brother had it. He was also born with Down syndrome and died at 14.

Gowers' sign is an indicator of muscle weakness, particularly in hip and thigh muscles.

After the parent-teacher conference, Natalie scheduled an appointment with Ollie’s pediatrician.

“We tested the protein levels in his blood, which were extraordinarily high. We then got him genetically tested on Oct. 15,” she stated.

Natalie had Hugo’s blood tested and he, too, had high levels of protein.

“His diagnosis was then confirmed with genetic testing,” she said of the toddler. “They are both missing exons 46 and 47 on the dystrophin gene.”

Paul said that he was working on a proposal for a job for his home design company, Cuaddro, when his wife contacted him with the news. He became emotional reliving that day.

“All I remember was feeling sick to my stomach,” he said. “I couldn’t believe it. There was a lot of anger. I just couldn’t believe it was happening to both boys. I think we knew that it was a possibility that the boys would have it because it is genetic, and Natalie’s brother had it. I think I was in denial, even though I saw some symptoms.”

Ollie started weekly physical therapy sessions in January and went on steroid medication two weeks ago. According to Natalie, steroid medications have extended the lives of DMD patients by about 10 years but one medication in particular costs $80,000 per year.

Ollie’s life has changed in another way in addition to medication and physical therapy. He’s wearing leg splints for 30 minutes each evening to prepare him for eventually wearing them all night.

The splints have not gone over well with the active four-year-old. As soon as his parents leave the room, he takes them off, Natalie said.

After the boys’ diagnoses, Natalie and Paul discovered a clinic in Boston that specializes in Duchenne muscular dystrophy with a neurologist who focuses solely on that disease.

The couple is excited about new research that is being done and the possibility that the brothers could perhaps be involved in gene therapy trials.

They have scheduled the boys for a two-day appointment at the clinic Sept. 15-16. The appointment will involve testing, a lengthy consultation with the neurologist and discussions on such topics as nutrition and therapies.

Natalie noted that a lot has changed with DMD since her brother’s death. She said that anything that might delay Ollie and Hugo’s reliance on wheelchairs or that might add even a year or two to their lifespans is “a big deal.”

Paul, 33, is a Granbury High School and Texas A&M University graduate. He worked for architectural firms in Fort Worth and Houston before starting his own company.

Natalie described Ollie as her “sweetheart” - a friendly little boy with a warm personality.

“He loves people,” she said. “He loves to have fun. He’s just a loving guy. He always comes up to anyone he sees and wants to give them a hug.”

Hugo, she said, is smart and witty and has an independent spirit.

“He talks all the time,” Natalie said. “He wants to do his own thing his own way.”

Whitney Pacanowski, a friend of Natalie and Paul, is spearheading a fundraiser for the family at CrossFit Full Sail, located at 2001 Hideaway Bay Court. It will be from 9 a.m. to 1 p.m. on Saturday, June 12.

“Ollie’s Super Wish Fundraiser” will feature a Competitive Partner Race, a Family Fun Race, a Dog-Lovers’ Dog Walk and lawn games. Food and drinks will be available through The Local Café’s food trailer and Brew Drinkery.

Details can be found at Ollieswish.com, and tickets can be purchased online. There is also a link on the website to the Ollie’s Super Wish GoFundMe page.

Money raised will fund the family’s trip to Boston in September and other medical-related expenses. According to Natalie, DMD patients have in-person appointments at the clinic once or twice a year.

“Paul and Natalie are our dear friends,” Pacanowski said. “We just love them. When the boys were diagnosed, I just wanted to do anything possible to help get them to Boston. I was happy to do it.”

Pacanowski said that another friend, Jessi Swindle, came up with the idea of having a family-friendly fundraiser at CrossFit Full Sail. The Alvarezes, Pacanowkis and Swindles are part of a group of young couples who attend First Christian Church of Granbury.

“It’s just heartbreaking,” Pacanowski said of the family’s struggle. “And I think that’s why I’m so thankful for the friends in our group and the community that we’ve built. I think we’re determined to walk with them through this journey.”

Natalie expressed gratitude for the love her family is receiving.

“We’ve just been overwhelmed by support from the community,” she said.

As a couple, Paul and Natalie are coming to grips with the fact that raising Ollie and Hugo is going to be different from the life they had planned.

Paul said that people have told him that they can’t imagine how he feels. Although few people have experienced the challenges he and his wife are facing, Paul feels that grief and heartache are shared human experiences.