Starting at
$100.00 for 365 days
Get Started
View all rates
You are the owner of this article.
Edit Article Add New Article
You have permission to edit this article.
Edit
Home
News
e-Edition
Diversions
Columnists
Multimedia
Obituaries
Classifieds
Bestof2021
Share This
1 of 7 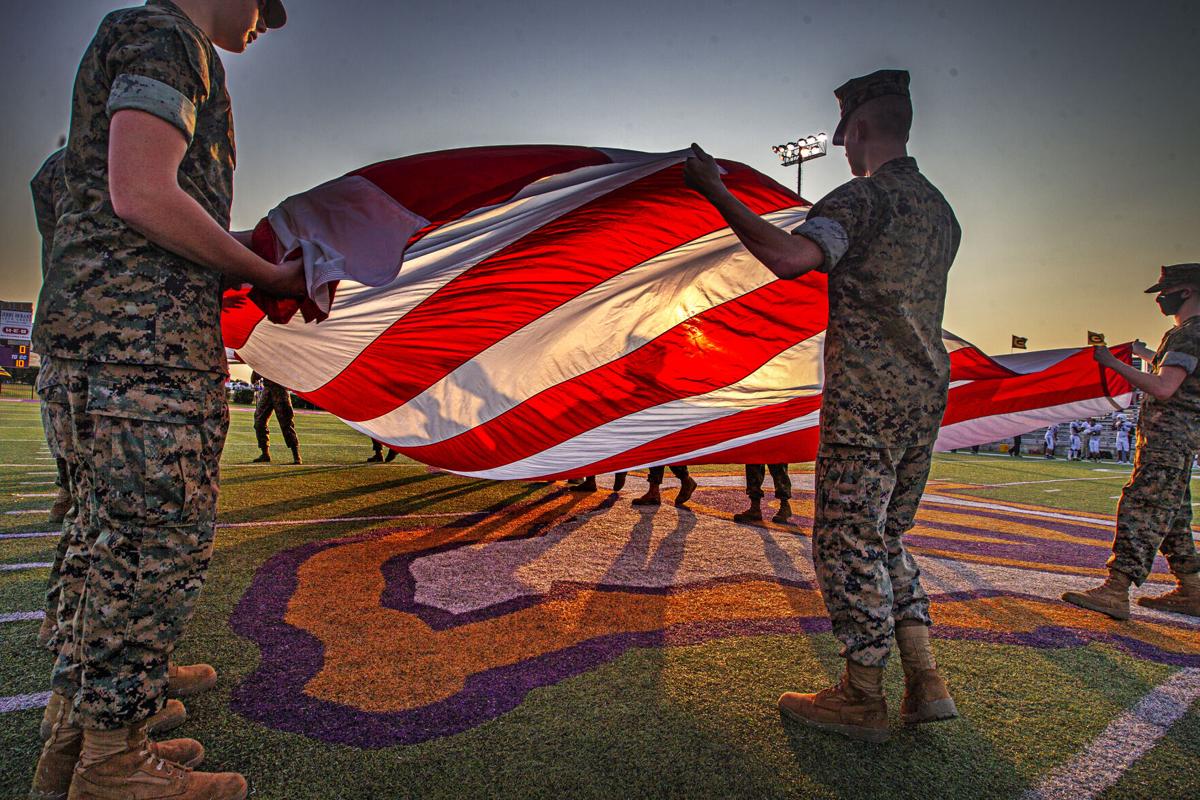 Granbury High School JROTC cadets presented the American flag for a moment of silence to mark 20 years since terrorists attacked the World Trade Center and Pentagon. 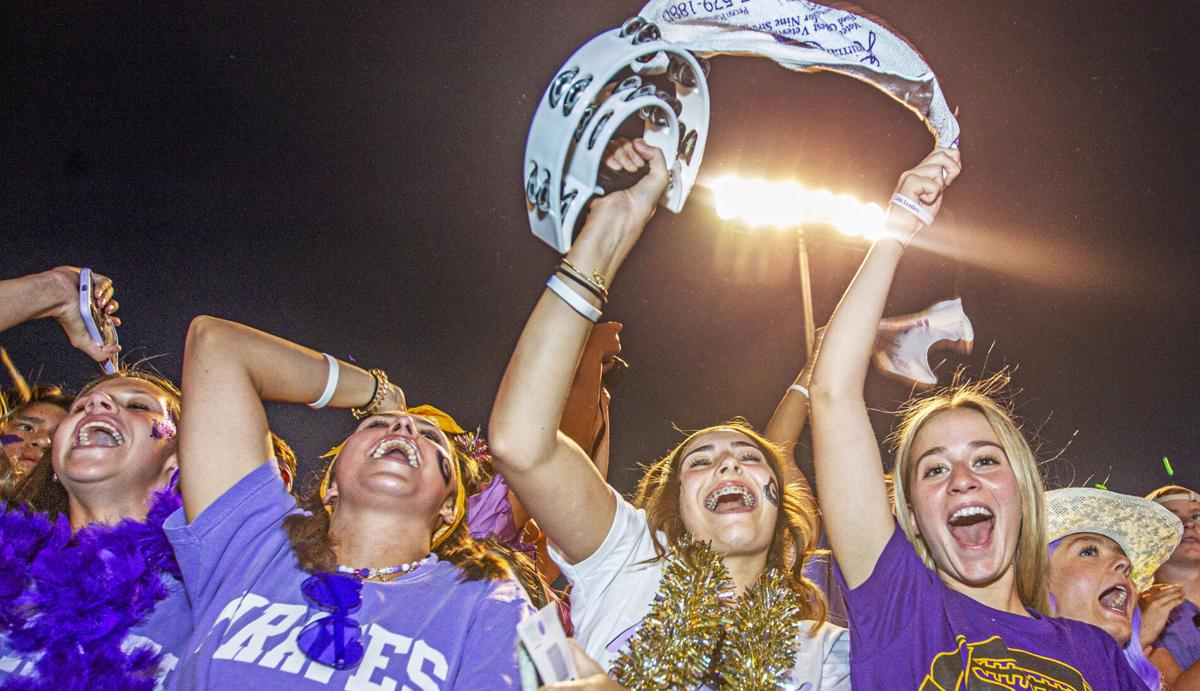 The students section was beside itself as their Pirates scored touchdowns at will. 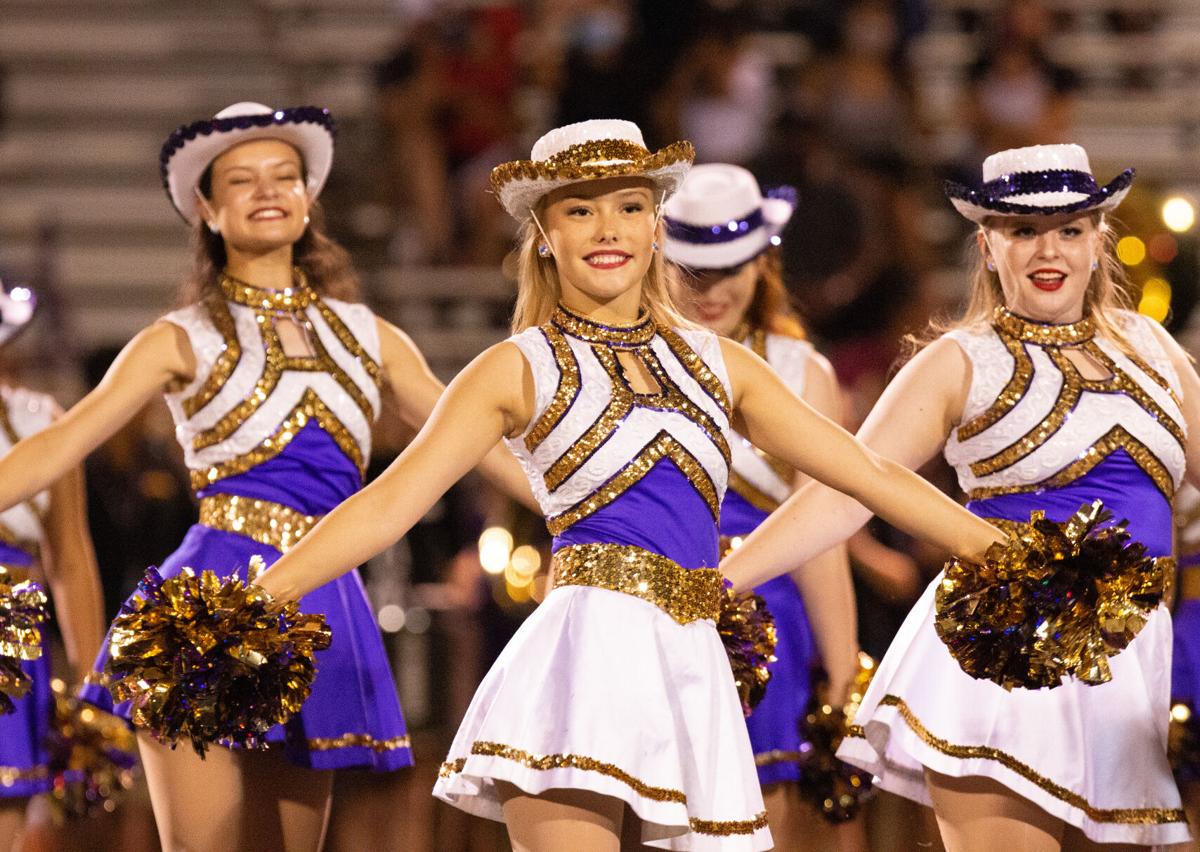 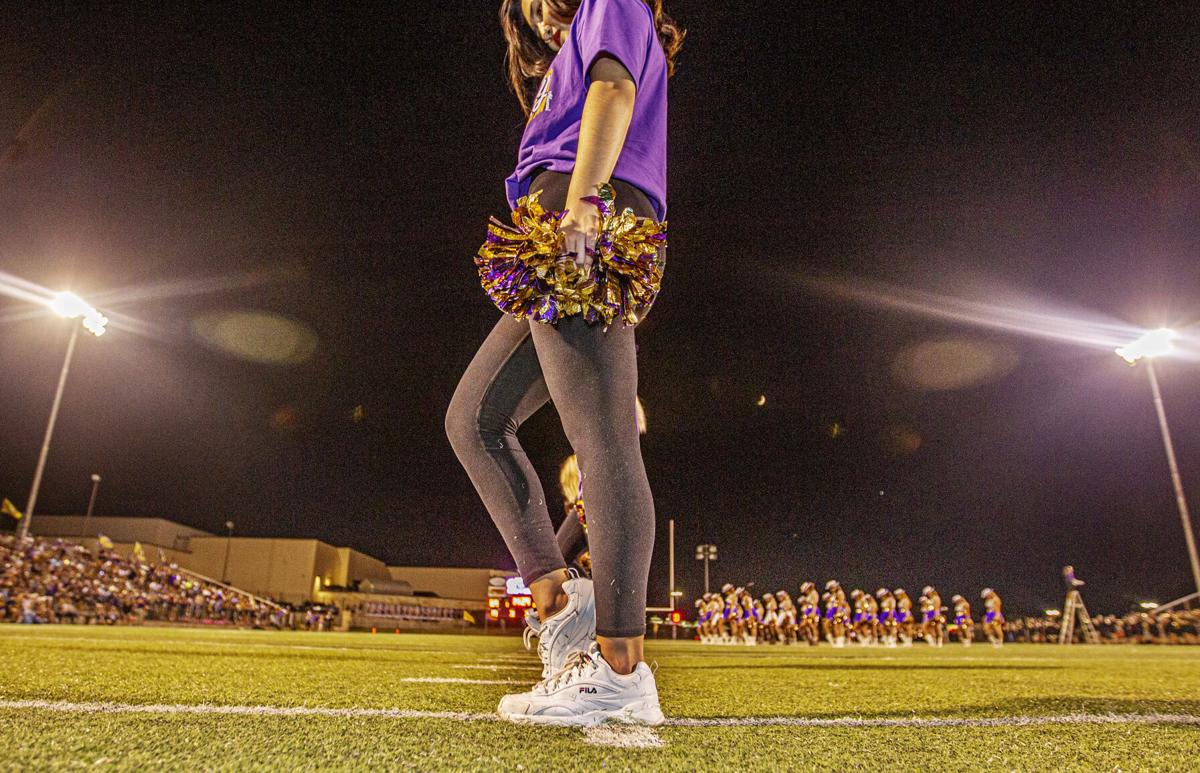 Dancers from drill teams past joined their current counterparts for an encore performance. 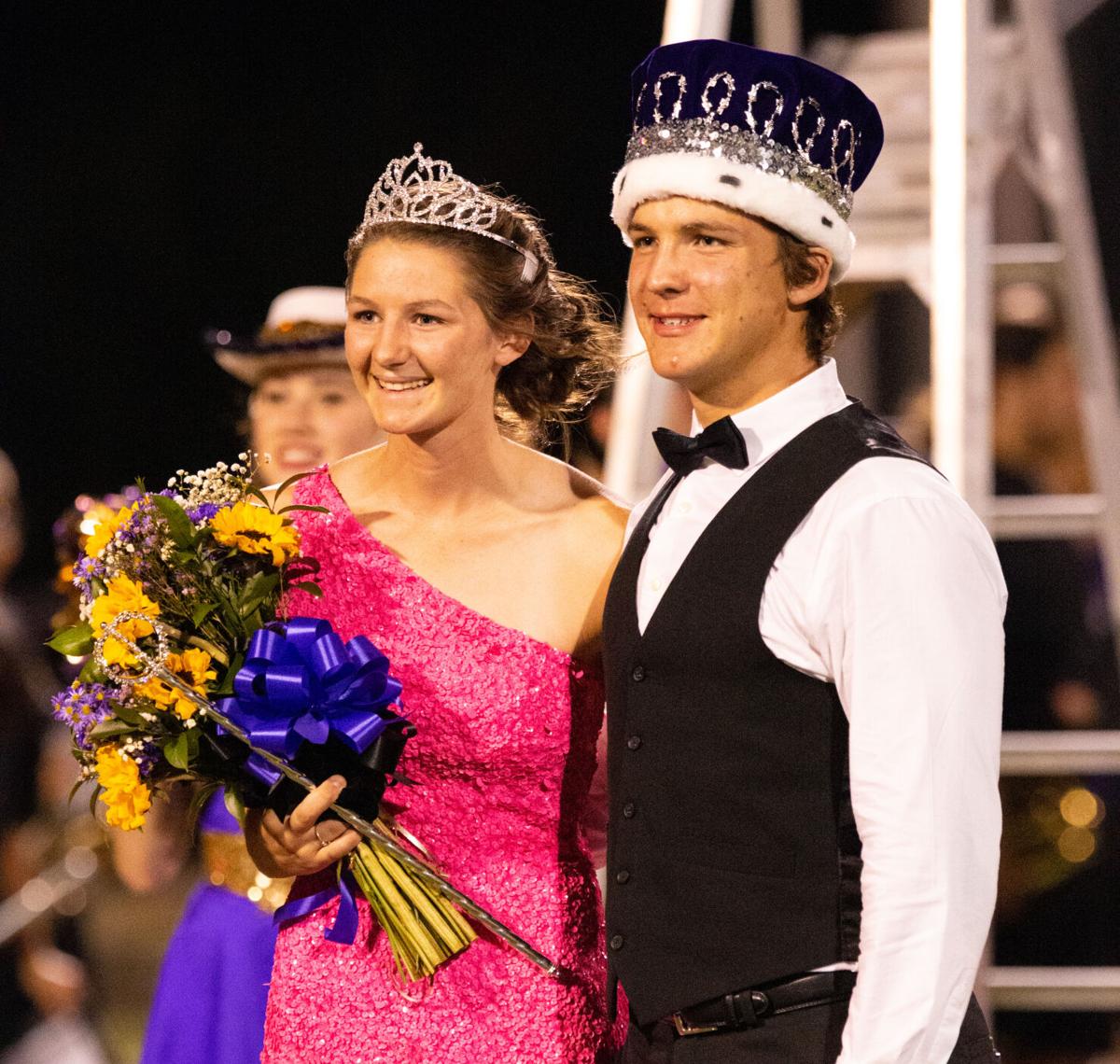 The Homecoming Queen and King. 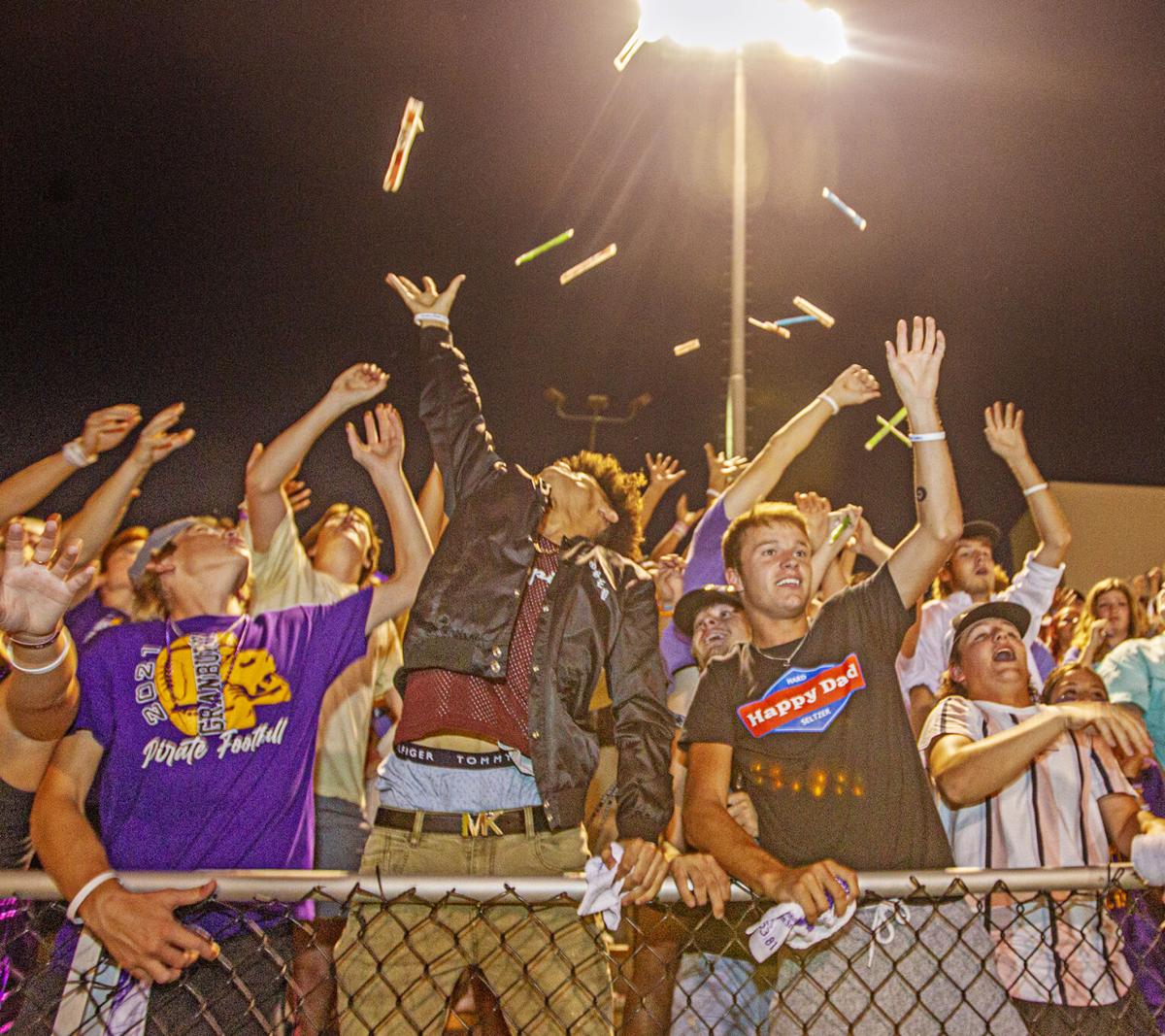 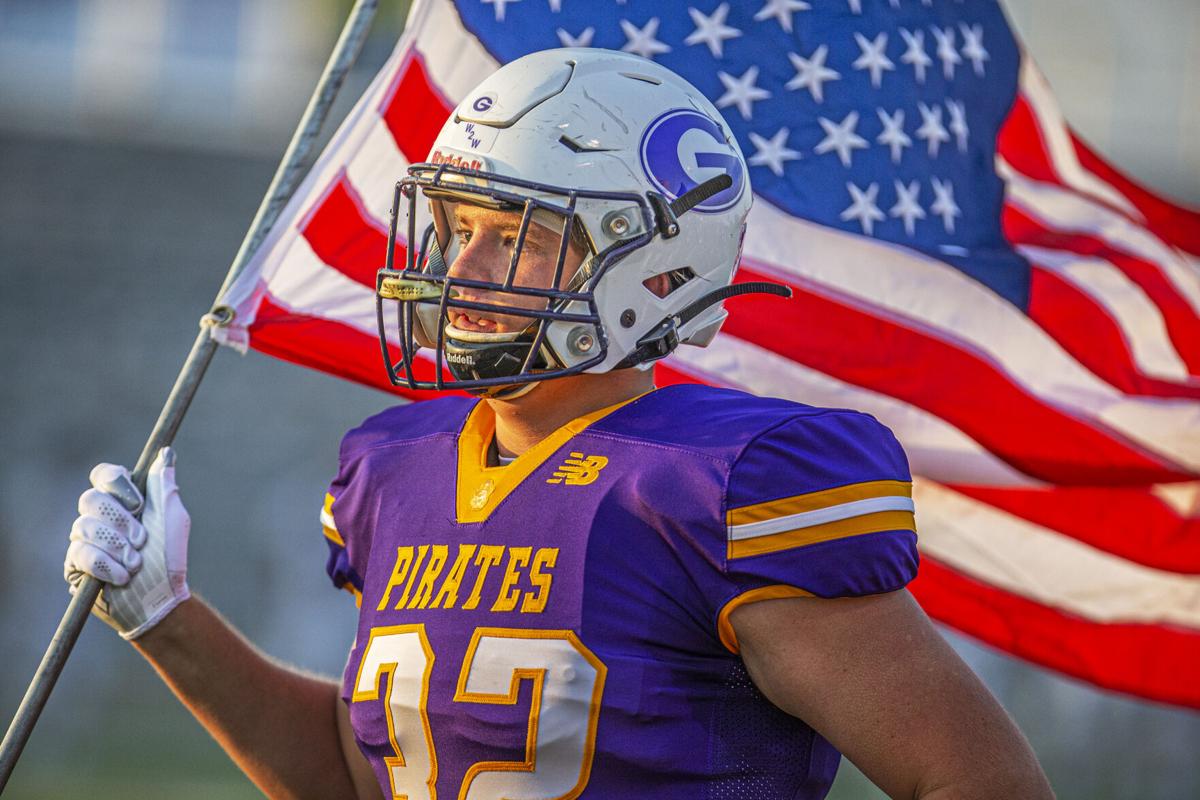 A player ran into Johnny Perkins Field with a U.S. flag.

Granbury High School JROTC cadets presented the American flag for a moment of silence to mark 20 years since terrorists attacked the World Trade Center and Pentagon.

The students section was beside itself as their Pirates scored touchdowns at will.

Dancers from drill teams past joined their current counterparts for an encore performance.

The Homecoming Queen and King.

A player ran into Johnny Perkins Field with a U.S. flag.

As far as homecoming parties go, the Pirates of Granbury High School threw one heck of a hoedown Friday night.

The GHS Stowaways Drill Team danced to the delight of a packed stadium, with the marching band giving their routine its backbeat.

A homecoming queen was crowned.

“You know, it's super exciting to see everybody out tonight,” GISD Superintendent Jeremy Glenn said. “We got a great crowd, awesome community support, kids are excited out of their minds. You know, there's still I think a lot of concerns with COVID. But it's really nice to see the community rally around our football team, our band, our cheerleaders, our Stowaways — a lot of good things happening tonight.”

Yeah, even dancers from past drill teams came out for an encore to perform with the current squad.

All in all, it was an evening meant for celebration.

But first a moment of silence to mark two decades since terrorists flew hijacked airplanes into the twin towers at World Trade Center, the Pentagon and crashed a third into a field in rural Pennsylvania.

JROTC cadets held a giant flag as an orange sun slipped down the west end zone.

You could hear a pin drop.

Then there was the game.

“There's so many more distractions and things going on that a teenage boy can can get involved in other than the ballgame,” said Granbury Head Coach Chad Zschiesche. “As a leader you just want the kids to have fun and enjoy the moment, and enjoy the game, and enjoy the week.”

Zschiesche knows he had to get his boys prepared.

“At the end of the day, you got to do your job and make sure they win,” he said. “Knowing when all that's over that they've done a good job preparing for the main event, which which is the ballgame.

“I’ve told them that all week long … enjoy the experience,” he added

Check that off the list. The Pirates didn’t just win. They destroyed the stingless Scorpions from Fort Worth.

With the home team scoring touchdowns at will, the student section at Pirate Stadium was rocking.

Presley Grizzell stood along the chainlink fence, cheering and enjoying herself. She came to the game with a sign that read “I (love) the kicker.”

Drew Henderson, sporting the No. 5 jersey, kicked the PATs for the Pirates all night.

“He is my boyfriend,” Grizzell said.

A teenage romance. Quite fitting for a homecoming game.

It was clear emotions had been let loose among the students. Many were happy to be in the stadium cheering on their Pirates on Johnny Perkins Field.

“It's just nice to be here,” said senior Laura Burch. “It is my last homecoming, so it is exciting. Especially since last year, we did not get one because of COVID”

As an added treat, the school superintendent walked along the sideline just before halftime with two JROTC cadets in tow. Glenn was all smiles. His two helpers carried boxes of popsicles.

“So just something that we started this year is I'll go around right before halftime, just toss out (the popsicles) to the kids,” he said. “I remember what it was like being in the stands, especially on a crowded night. It's hot. It's something fun.”