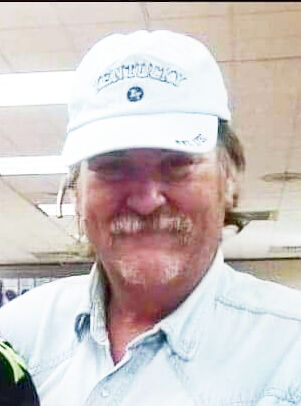 Two people who identified themselves as the adopted son and a stepdaughter of a Hood County man who died last week after being shot while working as a Lyft driver in Mesquite called the Hood County News Friday to say that they knew 58-year-old Robert Douglas Berry as a person who “had no enemies.”

Kathy White, who said she was Berry’s step-daughter, said of the ongoing investigation, “All I know is that they are looking for a few suspects.”

Berry’s adopted son, who asked that his name be withheld from this article, said that Berry was an Army military veteran. He said that Berry had no enemies, and added, “He was a very gentle, kind man. He would give you the shirt off his back, and the last $20 out of his pocket. He was an innocent man who was shot, and God took another angel home.”

White added, “He was a very kind-hearted man, and he was doing his job.”

Another stepdaughter of Berry, California resident Annette Duran, told the HCN in a phone call Monday, “He was a wonderful, wonderful person. He met my granddaughter (in 2013) and she fell in love with him.”

Although White said there were “a lot of discrepancies” in the initial Metroplex news media reports, she didn’t want to disclose any information that might hinder the Mesquite Police Department’s investigation.

The first news reports stated that Berry suffered a fatal gunshot wound Tuesday evening while driving on the exit ramp from northbound I-635 to westbound I-30 in Mesquite. Police officers were called to the scene shortly before 7:30 p.m. on the day of the incident, April 20.

Berry was transported to a hospital, where he died. Media reports indicated that at the time of the incident Berry was transporting a passenger in his vehicle, and that passenger called 911 and reported that the driver (Berry) had been shot by someone who was in a passing vehicle.

White said that when she got official notification that Berry had passed away, “I lost it. He cared for me like I was his own daughter.”

The HCN submitted an information request to the Mesquite Police on Thursday, April 22, but no response had been received.

Berry was born in Leonard, Texas and attended school there. He had lived in Hood County since about 2019, White said. He began working as a Lyft (similar to Uber) driver in early 2019 before working as a long-distance truck driver during the COVID-19 outbreak.

After the severe winter storm in February, he started back again working as a driver for Lyft — a job that took him on calls all across the DFW Metroplex, White said.

White noted that a memorial service will be held Thursday, April 29, in Leonard.

Crime Stoppers is offering a reward of up to $5,000 for information that leads to an arrest and indictment in this case. Crime Stoppers can be reached by calling 1-877-373-8477. Information on the incident can be called in to the Mesquite Police Department, at 972-285-6336.