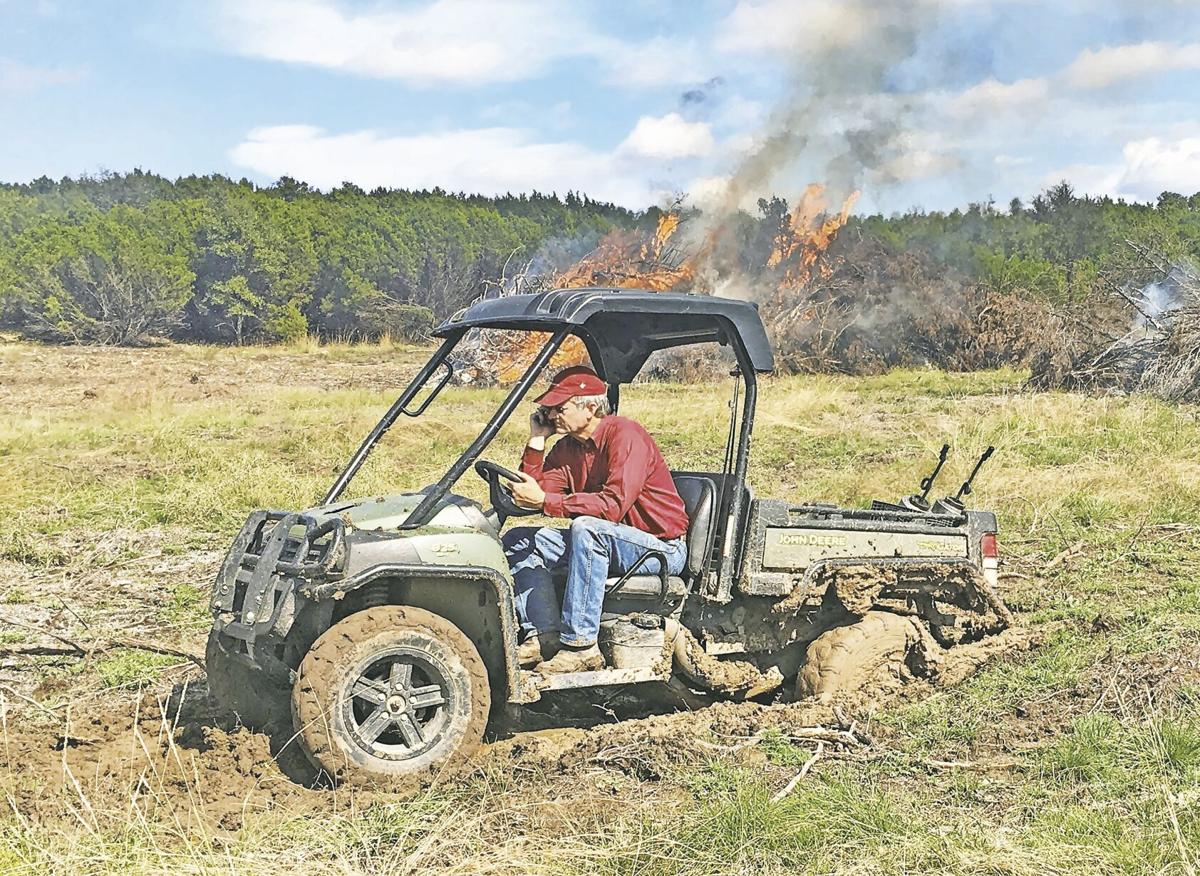 RANCHER AT HEART: The pull of the country brought Glenn Rogers back to Texas, immersing himself in the day-to-day operations at Holt River Ranch. 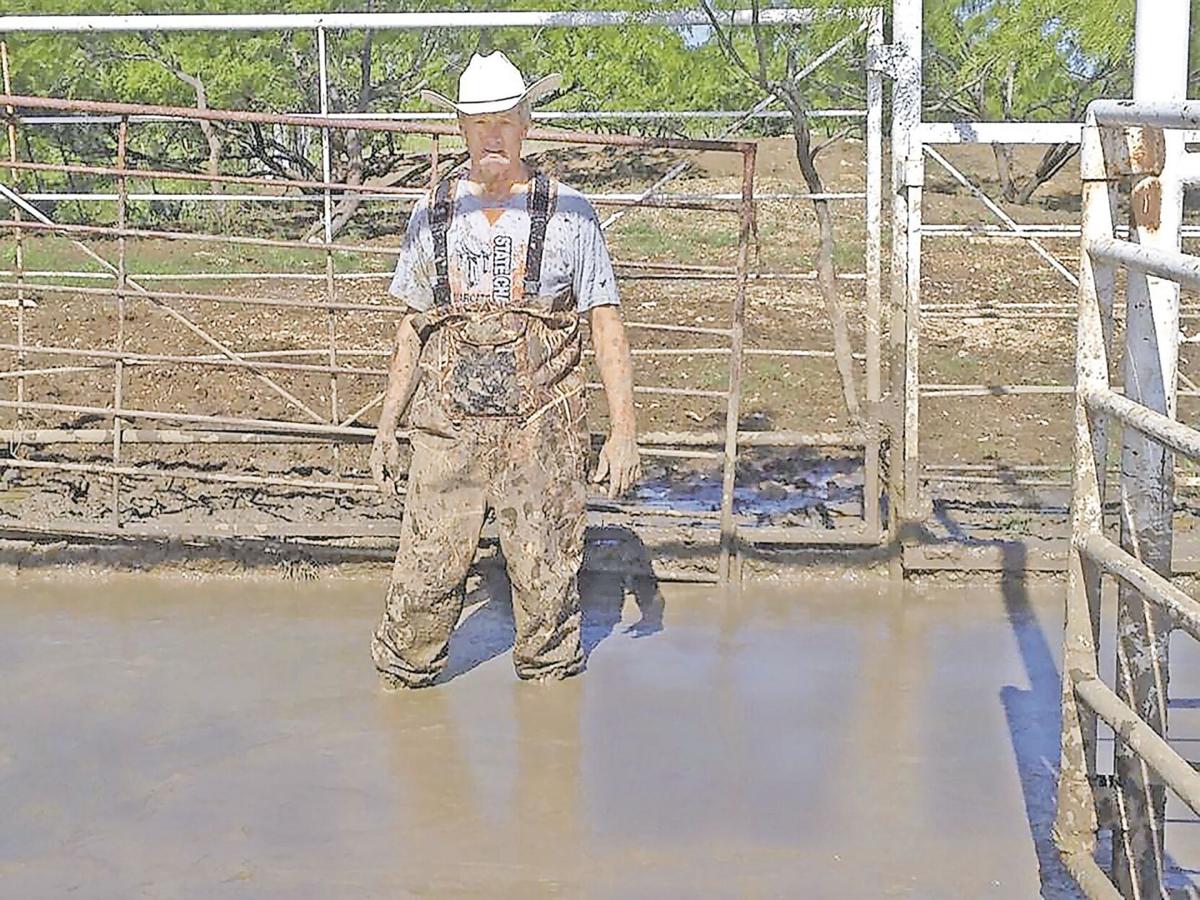 KNEE DEEP: Rep. Rogers is proud of his work on his ranch in Palo Pinto County even as he stands knee deep in mud and manure.

SMALL-TOWN GUY: Rep. Rogers picked up good habits, like wanting to help others, in the small town of Graham, where he opened his first veterinary practice after graduating Texas A&M as a doctor of veterinary medicine in 1980. 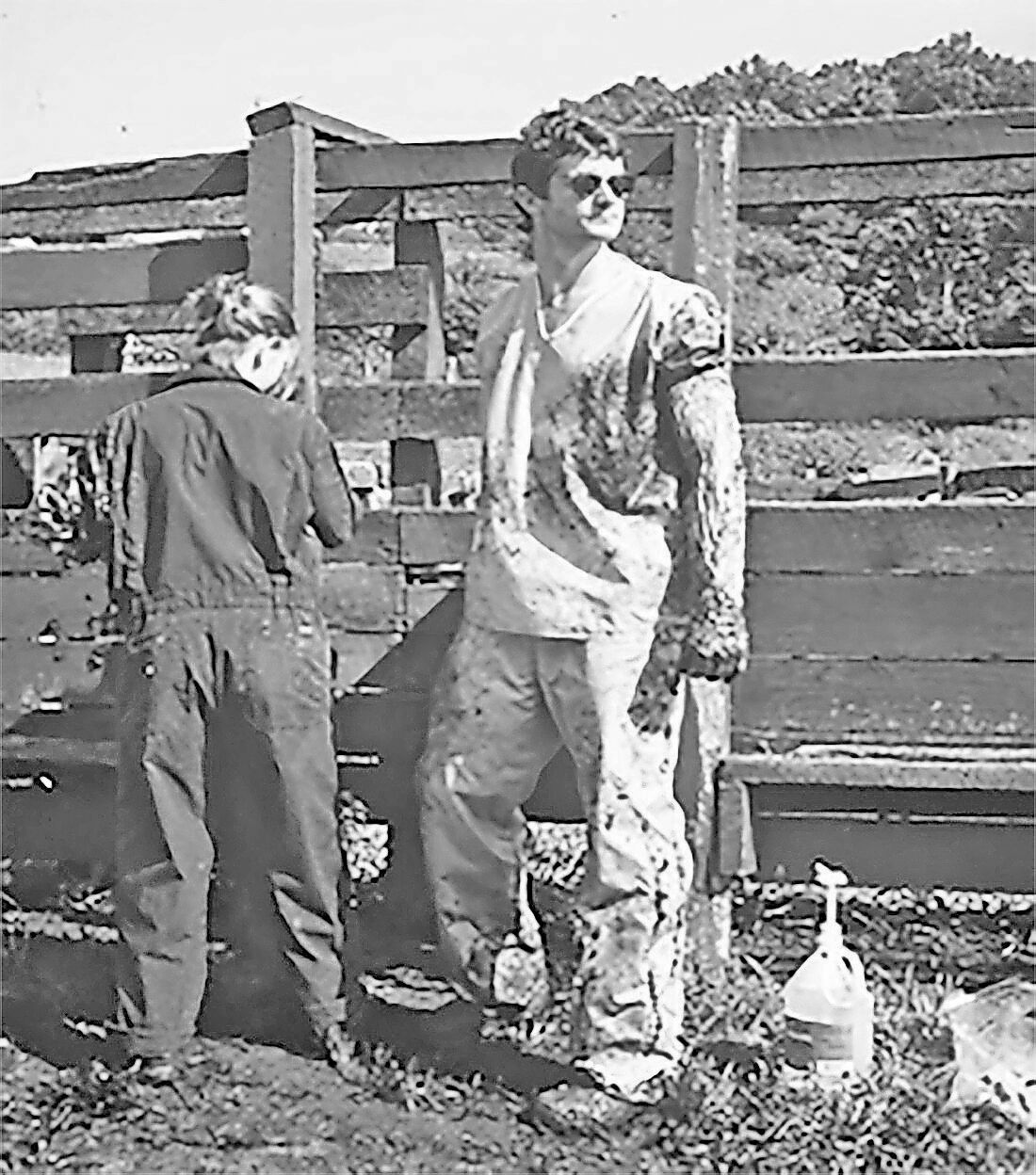 A DIRTY JOB: Sometimes life on the ranch can be messy, but others are downright dirty. Glenn Rogers knows all about getting all of his jobs done. He is shown here with an arm covered after helping to artificially inseminate cows on the ranch.

RANCHER AT HEART: The pull of the country brought Glenn Rogers back to Texas, immersing himself in the day-to-day operations at Holt River Ranch.

KNEE DEEP: Rep. Rogers is proud of his work on his ranch in Palo Pinto County even as he stands knee deep in mud and manure.

SMALL-TOWN GUY: Rep. Rogers picked up good habits, like wanting to help others, in the small town of Graham, where he opened his first veterinary practice after graduating Texas A&M as a doctor of veterinary medicine in 1980.

A DIRTY JOB: Sometimes life on the ranch can be messy, but others are downright dirty. Glenn Rogers knows all about getting all of his jobs done. He is shown here with an arm covered after helping to artificially inseminate cows on the ranch.

It was a warm and sunny afternoon when the freshman Texas State Representative Glenn Rogers confidently walked into the Hood County News offices.

When told the conversation would be recorded, Rogers spilled his water cup, chuckling lightly.

This charming, good-humored farm boy played football in high school. He showed steers and lambs with 4-H and FFA as a boy, graduating to treating animals as a veterinarian.

So, has all the responsibility — and incumbent attention — as a novice politician representing state District 60 been worth it?

“I had a very long, difficult campaign. It was really tough, but 95 percent of it was great,” Rogers said. “I met some awesome people who were friends and will be friends for life. I developed love for all these communities in the district. They're all unique. They all have their things that make them special, make the community special, and people that are special in those communities. I really enjoyed that part of it. So overall, I would say, yeah, it was worth it.”

Rogers’ down-to-earth personality helps him interact with his constituents. Even something as simple as answering the telephone can be a chore, but not to him.

"We really work hard to return phone calls and respond to everything people call about,” he said. “It's not just about passing legislation; it's also about helping an individual do something that they can't get done.”

He just has the heart to help.

For example, a 90-year-old man who was hoping for a renewal of his driver’s license was denied one because he could not provide a birth certificate to the motor vehicle department. He told them he never had one, but they said he could not renew his driving privileges without it. Rogers is intervening on his behalf.

Rogers also helped a teen who had moved several times and was unable to participate in football or University Interscholastic League (UIL) activities during his senior year.

"They don't want good athletes just going from school to school, so we intervened and sent a letter to the UIL and we got that reversed to where he can play,” he said. “That's the kind of thing you don't read about. It's not something that you think that's why you run for office, but you get to help people on a fairly regular basis with their individual problems.”

Jerry Stokka described his longtime friend of 30 years as being loyal, kind and willing to help others.

“He's always been a tremendously loyal person. He's a remarkable man,” Stokka said, who resides in North Dakota. “I just admire him so much and for what he's accomplished in his life.”

Rogers picked up good habits growing up in the small town of Graham, and good friend Richard Hetzel, would certainly agree.

“He has done as much as he can to help the small towns in his district thrive. He just has a heart for the rural community,” said Hetzel, who resides in Coleman. “We're so grateful the way that he has taken time to call school teachers, and ask what their needs are. He has met with the school district superintendent here and said, ‘What can I do to help? What can I do to serve you?’ If you talk to the mayor of the town, the city manager, the county judge, the county commissioners, the sheriff, they'll tell you the same thing. You'll find that his whole attitude is, ‘I'm just here to serve.’ And that makes a lot of difference.”

When Rogers was growing up, he toiled inside the fences of his family’s ranch, herding cattle and feeding sheep. The farm in Palo Pinto County has been with the family since the 1890s. It served as an apt incubator for the future veterinarian.

“I really enjoyed that. I think that's when I first decided to be a veterinarian … (I) was in my sophomore year of high school,” Rogers said.

With the urging of his agriculture teacher and guidance from a local veterinarian, the budding animal doctor found his calling.

He attended Texas A&M, earning a Bachelor of Science degree and a Doctor of Veterinary Medicine in 1980.

Tending to large animals like cattle was his dream, but dogs and cats were always welcome in his clinic. He opened his first practice in rural Graham, later expanding to nearby Graford.

After more than a decade working with animals in his clinic, Rogers called it quits.

While teaching in North Carolina, he met a pretty local girl by the name of Mandy. She also had a love for animals. Like him, she was a veterinarian. The farm boy from Graham was smitten. He asked her to be his wife. She said yes. They packed up their instruments and headed west — back to Texas.

Before long the pull from the family business was irresistible. Rogers decided ranching was the thing for him. He has been overseeing Holt River Ranch since 2012 — sending to market around 800 red Angus beef heifers a year.

“In 2017, we were awarded the Texas Conservation Rancher of the Year award for the whole state for things that we're doing on our place,” he said. “Something I'm really proud of, because we've worked very hard to do that, and improve the ranch.”

Farm life seems to suit this country boy just fine. He hunts, fishes and watches A&M football games whenever he can. He loves to read, if only he can find the time. Texas history is his favorite subject.

“One of these days, I’ll slow down and read those,” he said, chuckling. “They’re stacking up and I'm getting way behind.”

Rogers loves all animals, but cows are his favorite.

“I think as much as the cattle, I love the people that take care of cattle. If you don't love people, you're not going to be very good at being a veterinarian. All of the animals have people attached to them, and you've got to get along with them too — and they're harder to get along with than animals,” he said.

The state representative has two Labrador retrievers: Moose and Tank. He also has two cats: a Maine coon, named Mouse, and a bobtail, Squeakers.

“Squeakers is the best cat I've ever had and I'm not really necessarily a cat guy, but Squeakers is an awesome cat,” he said.

Rogers is chock full of curveballs.

"Everybody thinks (because) I'm some rancher guy, that I love country music,” he said laughing. “But I really like bluegrass folk music more than anything else. It's kind of all over the place, but I just know what I like when I hear it. And it usually has a banjo involved.”

Where you might say he toes conventional thinking is his taste in movies. “It’s a Wonderful Life” is his favorite, and he watches it every year.

Sounds like a cliche, but give this family man a break.

In their 26-year marriage, Rogers and his wife, Mandy, raised four children: Meg, a doctor, Ginny, an attorney, Leah, a high school senior at Mineral Wells High School, and Ben, a recent graduate of Texas A&M. Add five grandchildren to that count.

In his telling, he has had a good life. He said he’ll serve in this legislature for eight years, if given the opportunity.

“I'm just blown away that we have somebody like Glenn in Austin, and I think you'll see that the longer he stays there, the more his reputation will grow,” Hetzel added.

Following his run as state representative, Rogers has plans. Ambitious ones. Like writing a book about his family’s history. Or finishing the books languishing in his library gathering dust.

What he really wants is for his children to pick up the family business.

“I've told them that if they don't, I'll come back and haunt them,” Rogers said with a laugh.

Ranching is special to him. He views it the same way he sees life.

“Ranching's a lifetime,” he added. “It's generational in that you just try to take care of the land. You try to return it to the next generation better than it was when you received it, just like we should do with everything. The philosophy I have about ranching is also a philosophy about life. We try to take care of our environment, we treat people like they want to be treated, and then we pass that on to the next generation.”