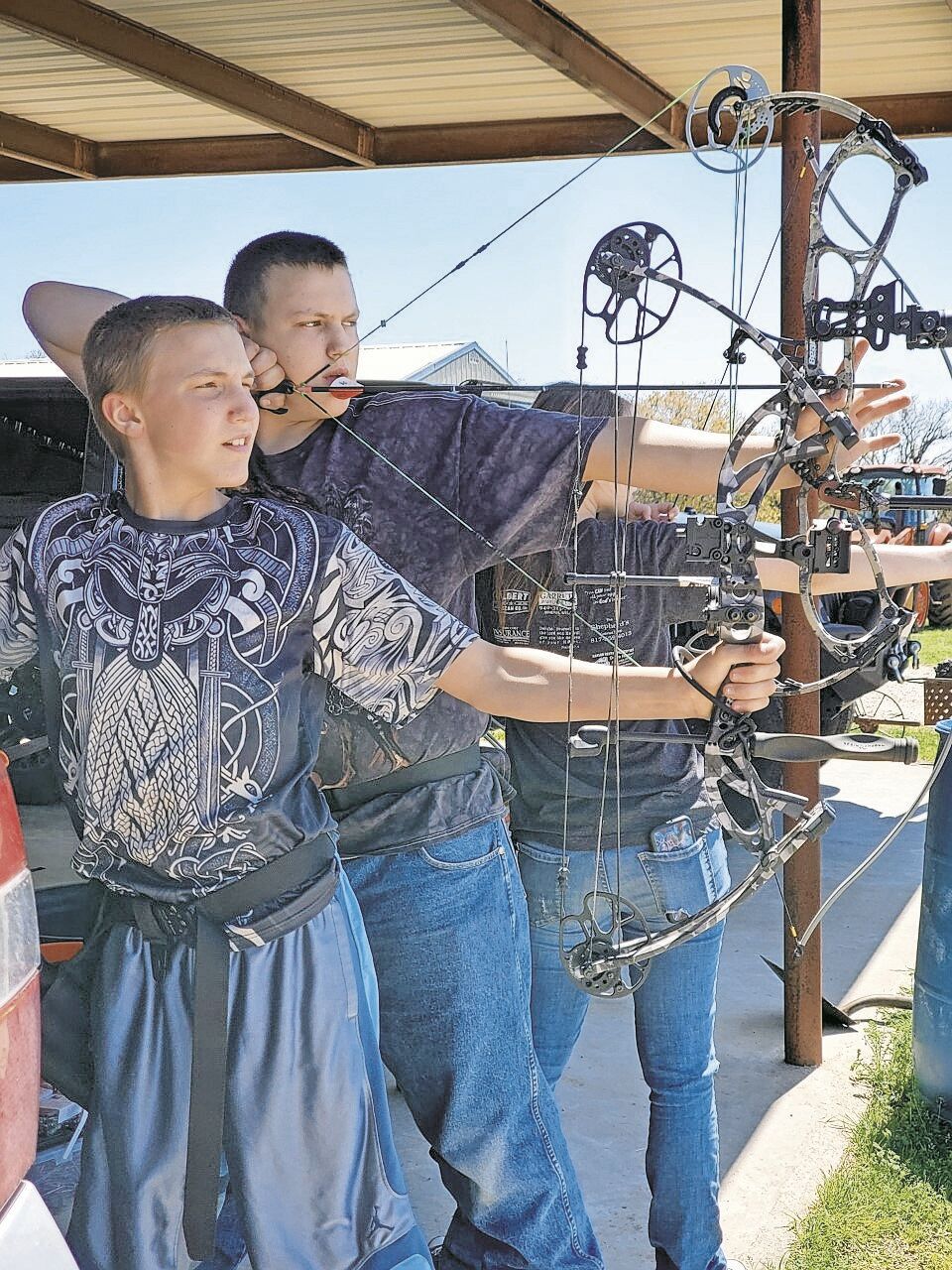 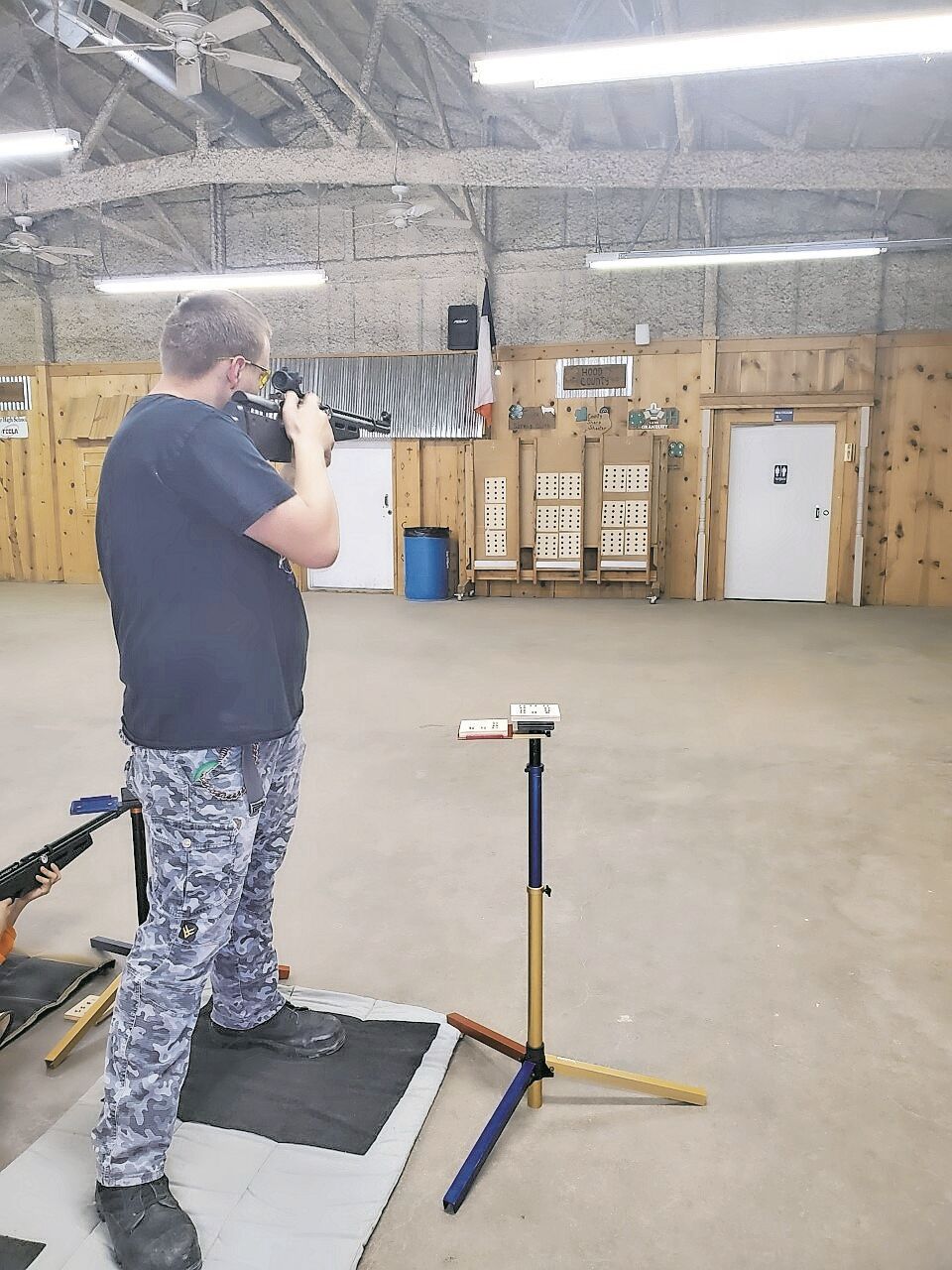 EYE ON THE TARGET: Nolan Davis is pictured practicing his sharpshooting skills during a weekly practice.

EYE ON THE TARGET: Nolan Davis is pictured practicing his sharpshooting skills during a weekly practice.

Established around the early 1960s, the Hood County 4-H Sharpshooting Club began as a way for children to learn marksmanship, the safe and responsible use of firearms, and the principles of hunting and archery.

“We go with different types of shooting discipline,” said John Liles, the club’s manager for 30 years. “We mainly do archery and air rifles. We're just getting back into starting the smallbore, which is .22s, because we haven't had a range, but now we've got a couple of individuals that are letting us come out to their property, so we've been able to start that. We're trying to get our shotgun program back going also.”

Members of the Hood County 4-H Sharpshooting Club will learn how to shoot shotguns, air rifles, and smallbore rifles and air pistols, while also learning about archery.

“The whole thing for sharpshooters is to be able to teach the kids how to handle things correctly and be able to get them more involved with the community,” said 15-year-old Hood County resident Nolan Davis, a Texas 4-H Shooting Sports Ambassador for Region 8. “We're not just showing up, shooting and then going home. We're also having them help clean up at where we are meeting. We usually meet up close to the Lions Club and once we're done, we usually sweep up the place, put up all the tables and make it cleaner than when we showed up.”

“If you're younger than eight, you show up as a Clover Kid. For sharpshooters, you're not able to handle the firearms, but you're able to help set up things — get the people their shooting glasses, their earmuffs, help set up the table, set up the chairs for the parents and set up the targets,” Davis said. “You're being able to learn how to do this by watching how the other people are doing. That way when you join in, you know more than somebody that's my age jumping in and just going straight into it.”

The first sharpshooting club meeting will be Tuesday, Sept. 7, at 6 p.m. at the Hood County Livestock Raisers facility, at 641 Reunion Ct. The club will then meet weekly at the same time and location.

“Basically, what we stress is safety,” Liles added. “We want them to learn how to be safe with firearms, archery equipment, and then we work on their marksmanship skills.”

Davis encourages local students to join the sharpshooters club because it teaches patience and how to have respect for firearms.

“We live in Texas. I’m fairly certain every house has a gun, and every kid needs to learn how to handle it correctly,” Davis added. “But you don’t really have to worry if you're going to be the best at it because nobody is at the very beginning. Some people are a little bit more gifted than others, but it's all the same, pretty much. The more practice you put into it, the better you're going to come out.”

“I went to a competition, and some of the people were showing up with these super expensive high-end rifles for it, and me and a few other people showed up with these little cheap things,” he said. “We outshot most of the people that had the high-end (equipment). It's not always about the more expensive (guns). Yes, it's very useful to have them, so you're not having to put as much effort into it because you have the equipment to do it for you, but if you're able to outshoot the people that have the more expensive (guns), you know more about it than they do.”

“If anybody’s interested, come see us in September,” Liles added.