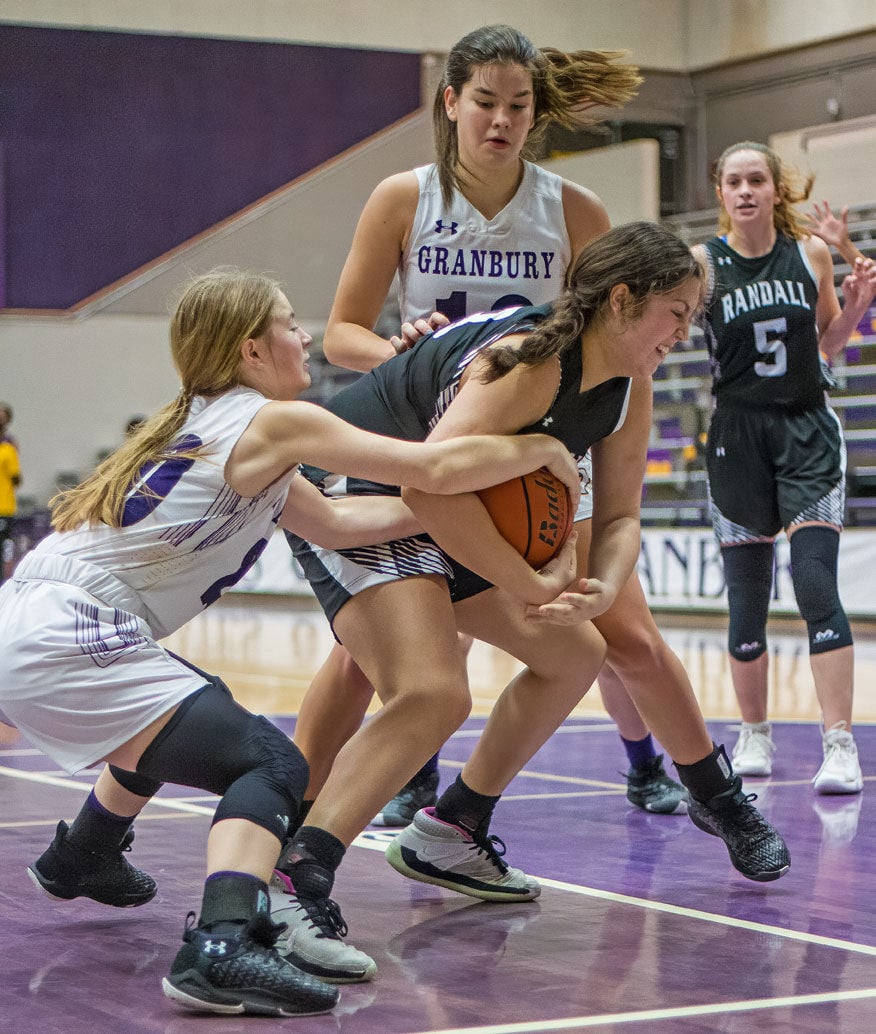 GRAB IT: Alexa Mueller likes to make sure that possession of the basketball is always contested. 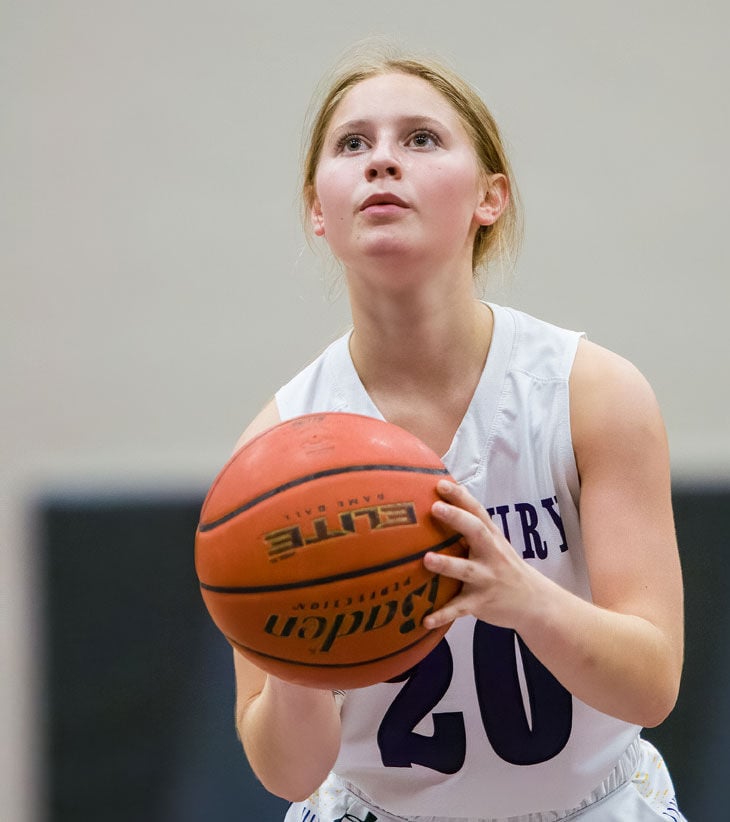 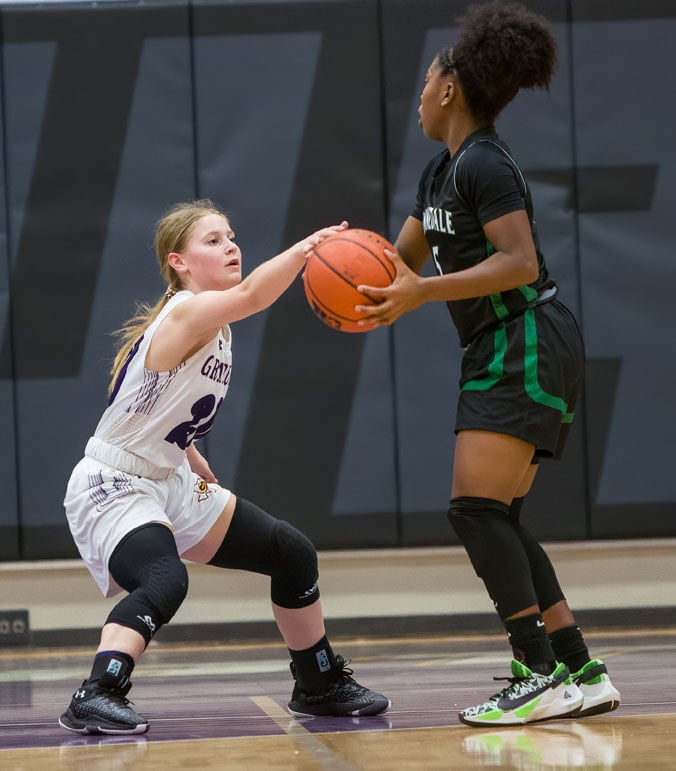 DEFENSE: Alexa Mueller is often the shortest player on the court but her hustle and defensive play is hard for opponents to get past. 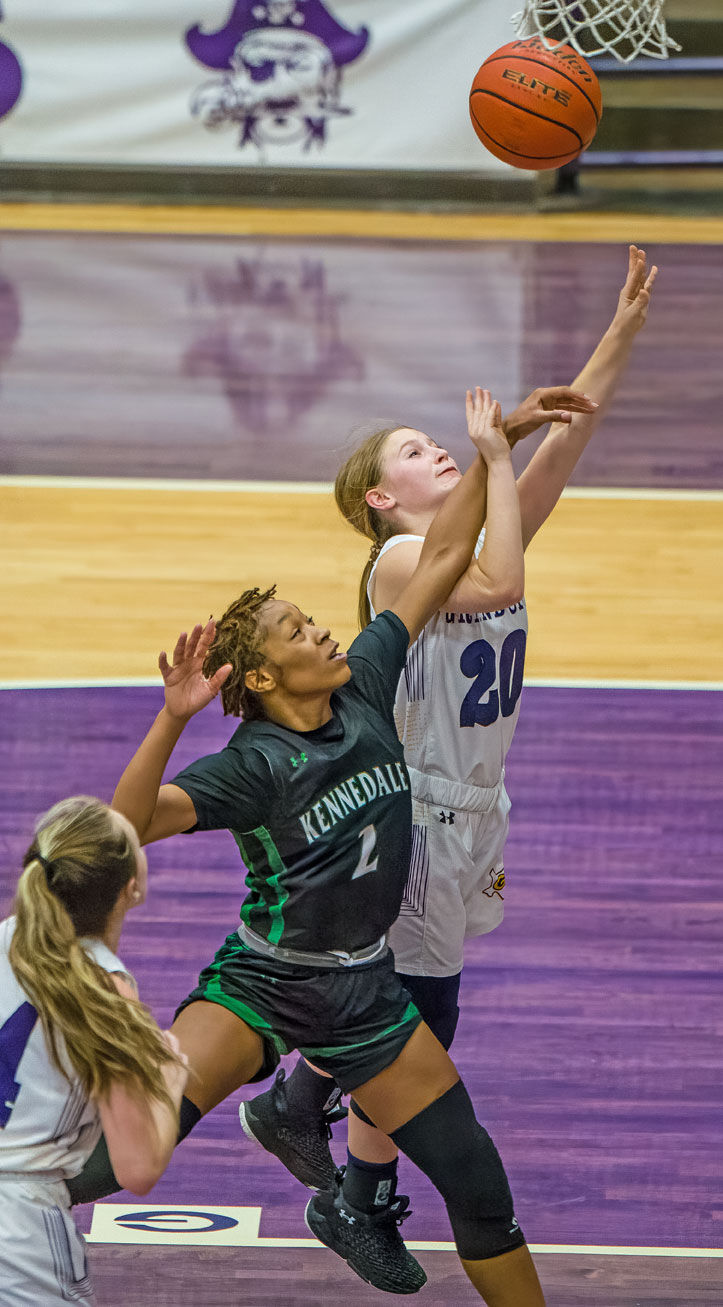 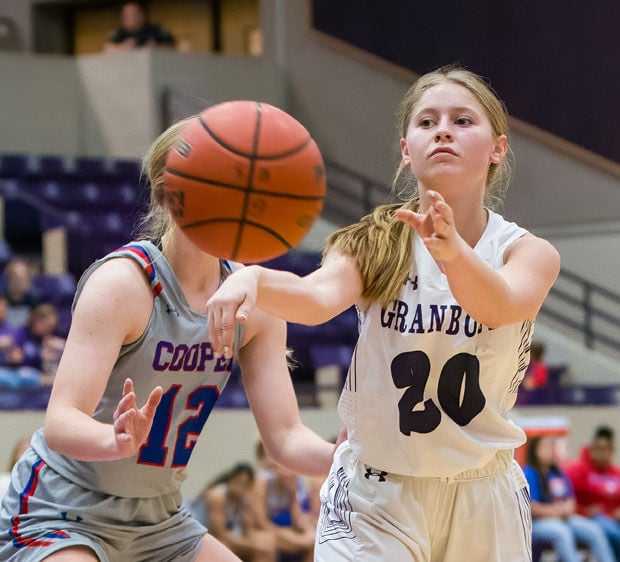 HEADY JUNIOR: Alexa Mueller’s decision making. passing ability and hustling on defense is the reason she is a GHS starter. 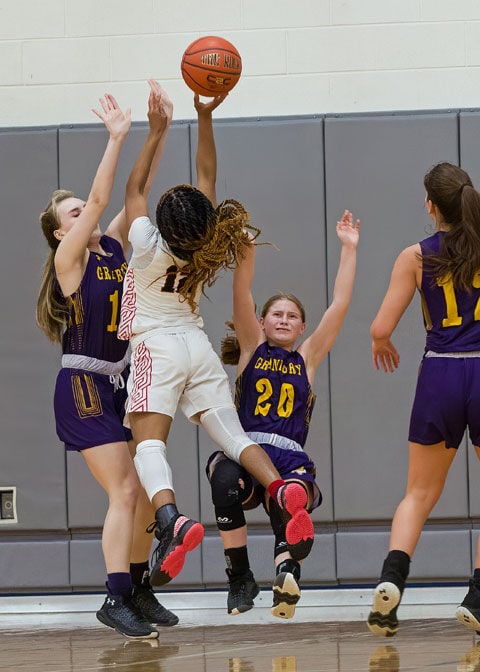 CHARGED: Alexa Mueller stands her ground and it leads to foul calls on opponents.

Granbury Lady Pirate basketball player Alexa Mueller has the heart of a lion and wreaks havoc on opposing offenses with her aggressive style of play.

"I get blocked all the time, and so I can make up for that on the defensive side by getting on the floor, getting the balls and taking charges," Mueller said.

Mueller doesn't get blocked "all the time," but as Granbury's shortest varsity player, she does see more than her fair share of rejections.

Mueller was listed in a recent tournament program as being 6 feet 1 inch tall, and while Granbury's mini defensive tornado may play taller than that -- she's actually 11-12 inches shorter.

"I've had to warn her about driving underneath the basket too much because she's a shrub among trees," coach Alan Thorpe said. "She asked if I was calling her a shrub, and I told her YES."

Thorpe might tease Mueller a little when he wants her not to put herself into situations that might cause a turnover because of her height. Still, he gives her his nod of approval as a member of Granbury's starting five players, including Ella Hamlin, Nina Parker, Ella Garner and Ashley Torres.

When Mueller finds herself in "the forest," it's generally due to effort and aggression. Thorpe rarely has a problem with those two things, and Mueller understands what it takes to play for a demanding coach.

"I really like coach Thorpe. He's a great coach. He expects the highest of all of us," Mueller said. "He wants us to give our best effort. It's pretty much all about effort. All it takes is effort to block out or do any of that kind of stuff, and so if you try hard the whole game, he really likes that."

Mueller's hopes for the Lady Pirates include the postseason and helping the program take its next step by going deeper than the year before.

"We have to get better as a team and work together at getting better at passing the ball," Mueller said. "I think that would be good if we were district champs and bi-district champions and moving on past that right farther than last year. You must work well together, and I think we do. We could get a little better, but we're pretty good for the most part."

Mueller is a hard worker on and off the basketball court and lists algebra and science among her favorite school subjects, which aligns with her career interest in studying medicine and becoming a heart doctor.

More than fate led Mueller to think about becoming a doctor.

"My mom (Nicole) is an ophthalmologist, and my dad (Shannon) is a podiatrist," Muller said. "I know I want to study medicine. I don't know what kind for certain yet, but the heart is really interesting to me."

Mueller is fleet of foot on defense and has even faster hands. Part of her hand-eye coordination is probably due to how she likes to play catch with her baseball-playing brother Brock, who was a varsity shortstop for GHS before graduating last spring.

With the new year rolling in, Mueller also realizes it is time to focus more on her college plans. She may have decided on what she wants to study, but where is still another matter.

"I don't know where I want to attend college yet. I really need to be researching right now because my parents are getting on to me, but I really have no clue," Mueller said. "I want to stay close to home somewhere in Texas, something obviously with a pre-med program."