You have permission to edit this article.
Edit
Home
News
e-Edition
Diversions
Columnists
Multimedia
Obituaries
Classifieds
Share This
1 of 12 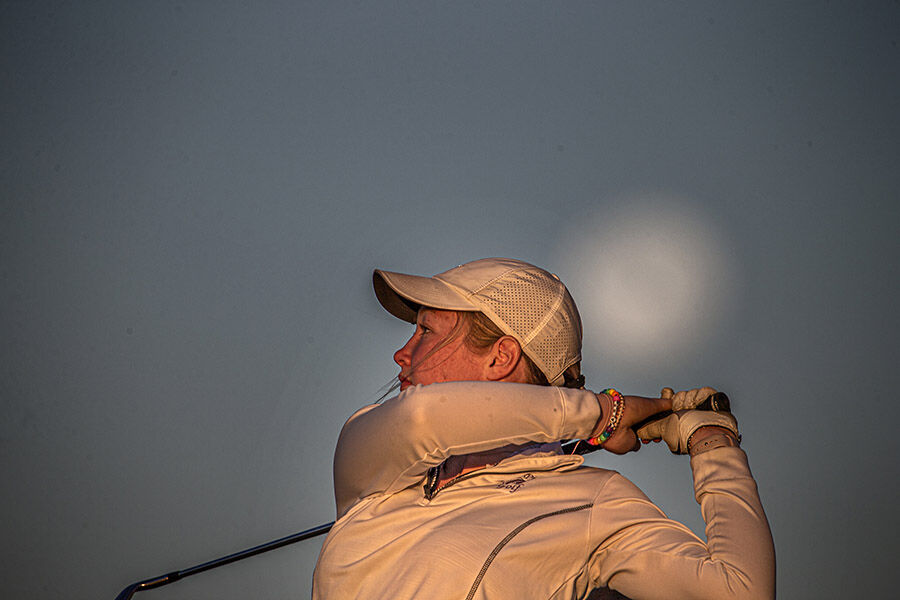 MENTAL GAME Mason Lewis believes her ability to forget about her bad shots has helped her capture the title of District 5-5A girls golf champion. 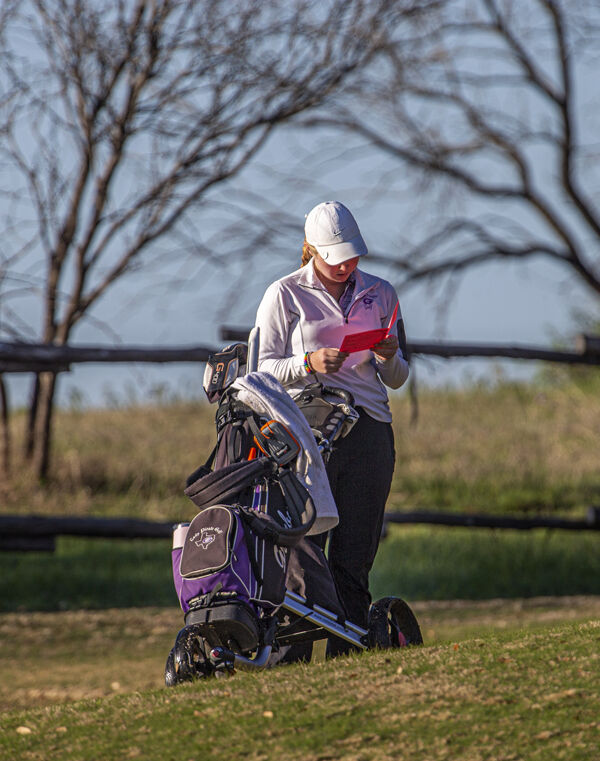 KEEPING SCORE Lewis said she has worked on her mental game one tournament at a time. 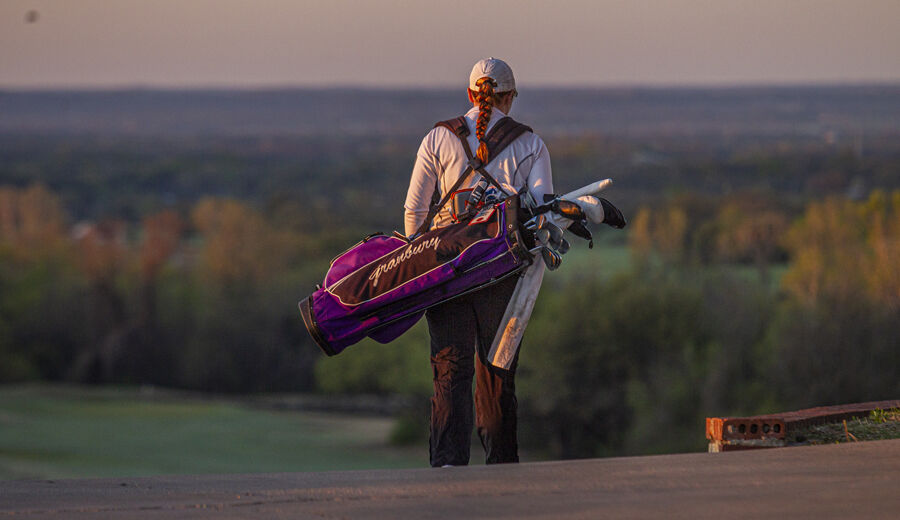 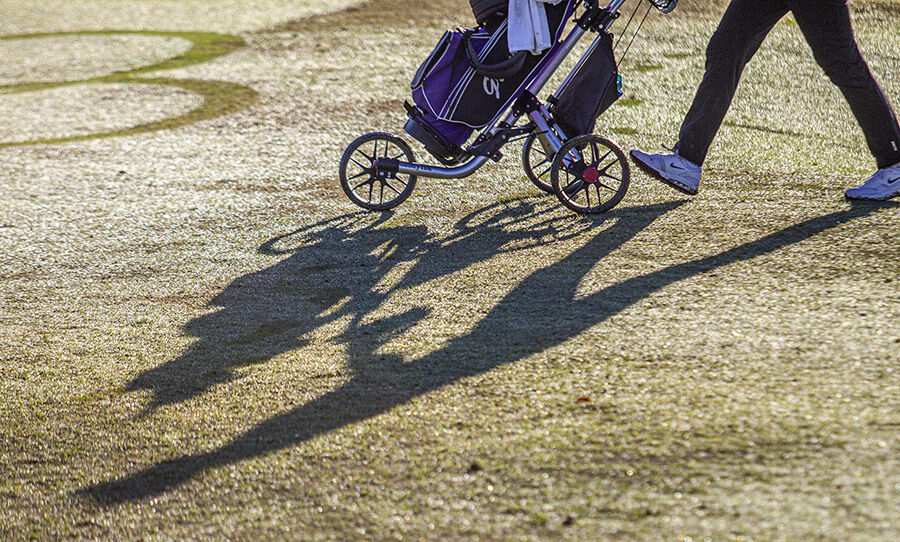 SERENE SETTING Mason Lewis clears her head as she strolls from hole to hole. 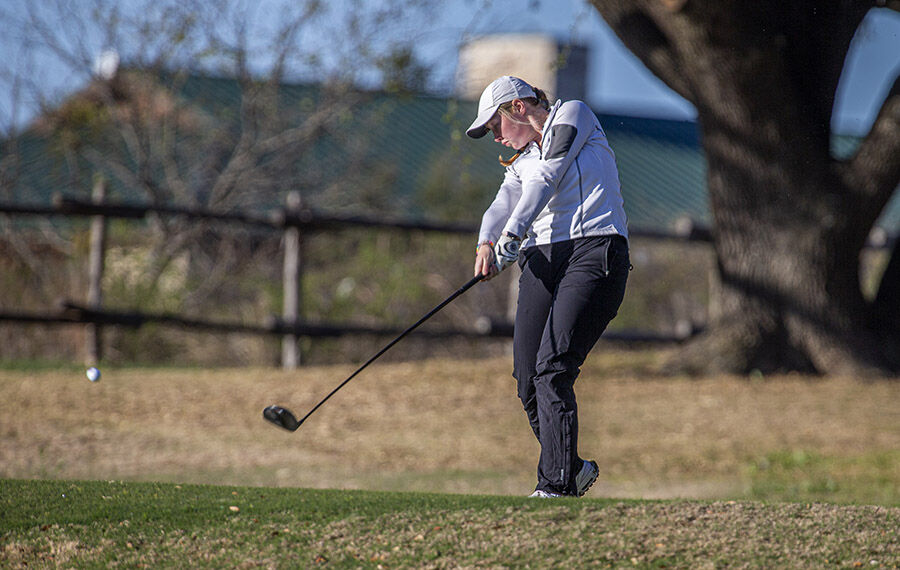 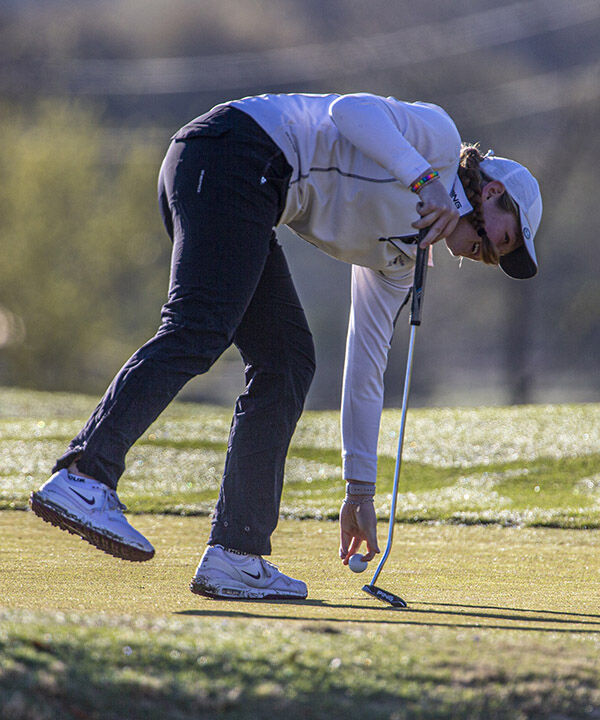 EMPTYING THE CUP Mason Lewis grabs her ball out of the cup on the second green Monday. 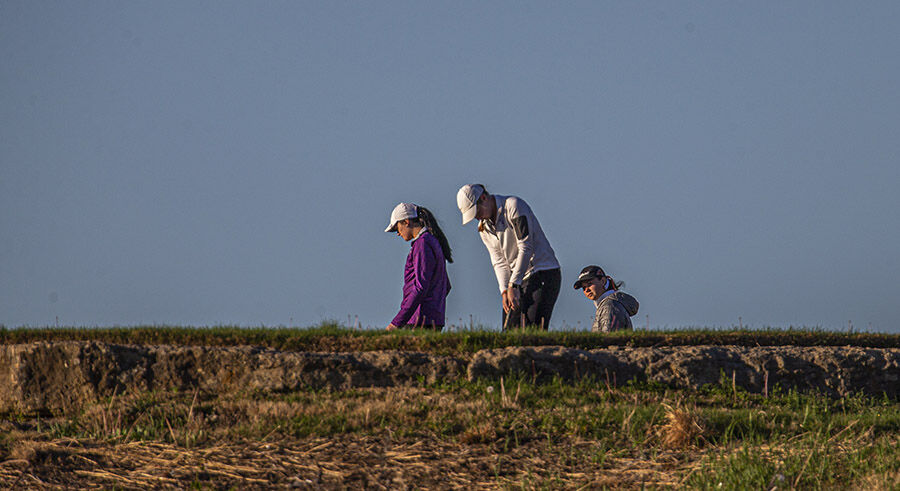 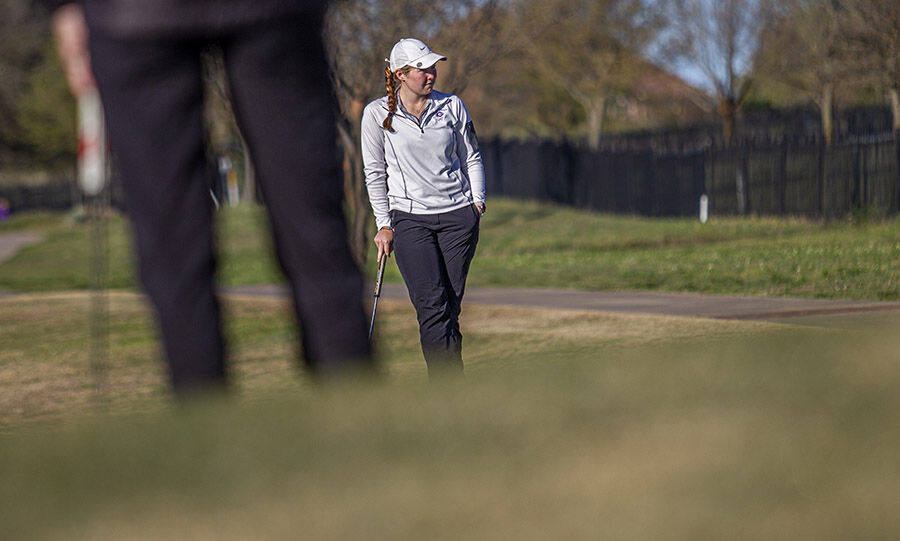 WAITING FOR A SHOT Mason Lewis watches an opponent take a shot on the second green. 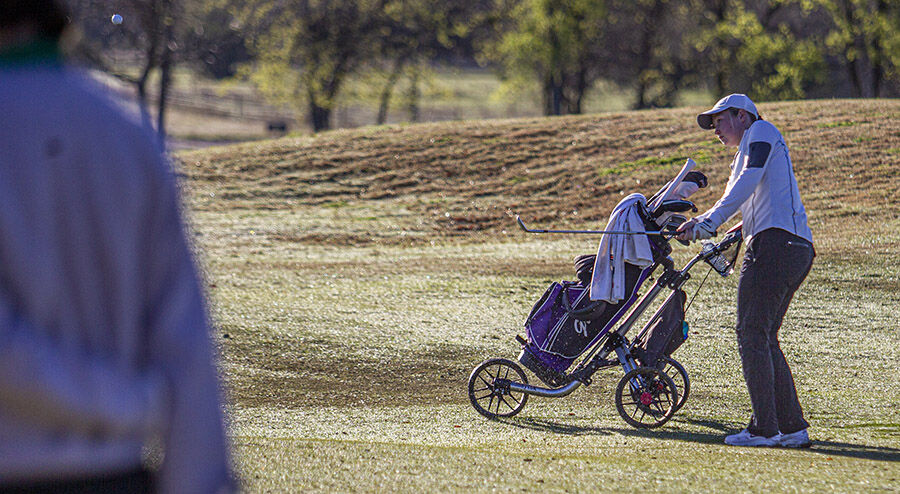 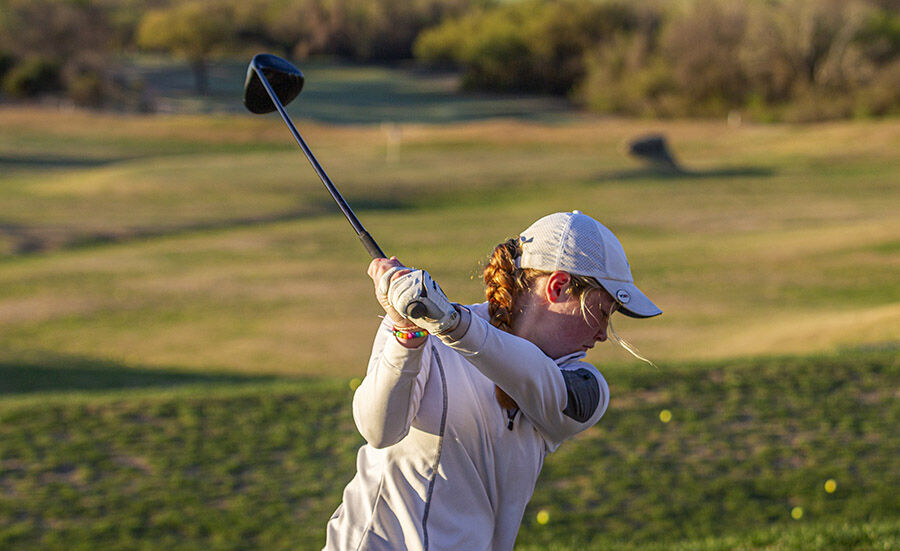 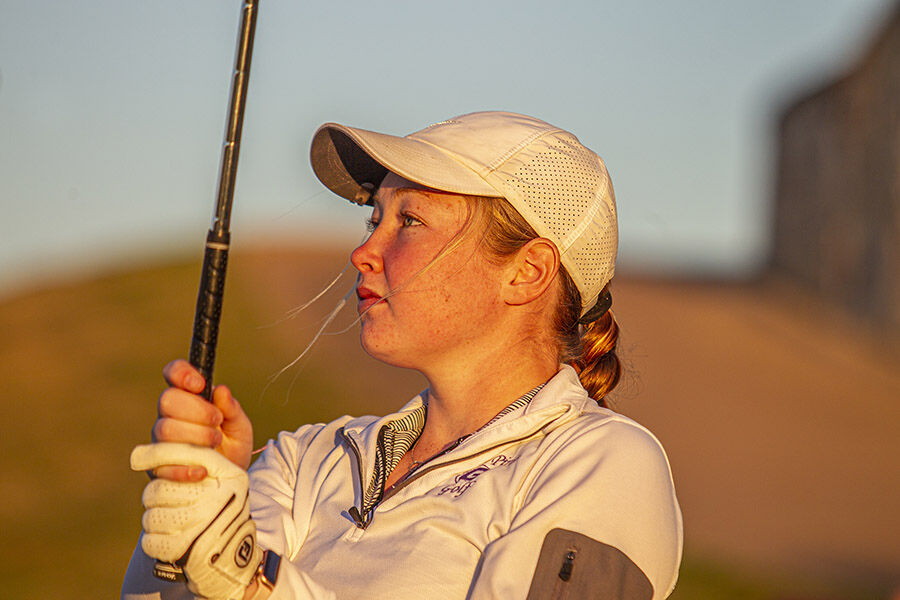 MENTAL GAME Mason Lewis believes her ability to forget about her bad shots has helped her capture the title of District 5-5A girls golf champion.

KEEPING SCORE Lewis said she has worked on her mental game one tournament at a time.

SERENE SETTING Mason Lewis clears her head as she strolls from hole to hole.

EMPTYING THE CUP Mason Lewis grabs her ball out of the cup on the second green Monday.

WAITING FOR A SHOT Mason Lewis watches an opponent take a shot on the second green.

U.S. Open champion and retired golf analyst Johnny Miller once said, “Golf is not a game of perfection. It’s whoever can make the least amount of mistakes.”Granbury High School junior Mason Lewis never heard of Johnny Miller, but she loves the quote.

Miller was addressing the mental aspect of the crazy game. If a golfer can forget about a bad shot and move on, then maybe he has a chance for success.

Lewis, newly crowned high school district golf champion, admits having too many rounds where she dwelled on the poor shots. She was once 4-under-par through six holes before promptly taking an 8 on a par 3. She got down on herself, lost focus … and the round.

She has since learned how to deal with the mis-hits and try to remain positive.“Multiple times I let a bad shot get to me,” she said. “I think the more tournaments I played in the better I got with my mental game.”

A perfect example was Monday in the opening round of the District 5-5A golf championship at Weatherford’s Canyon West Golf Course. A shot landed out of bounds, and she suffered a triple bogey. However, later in the round she holed out from 140 yards for an eagle 2. She finished with a 72 and shot 2-under 70 the next day to win the district title by 13 strokes.

Lewis has posted impressive scores. She has won school and non-school tournaments, but has higher goals. She wants to play college golf, possibly at the University of North Texas, and dreams of turning pro and earning her LPGA Tour card. If not, then she wants to be a physical therapist like her mom.

Her interest in golf was a slow process. In fact, she admits she “hated it at first” when her parents introduced her to the game at age 10.

It wasn’t until her freshman year in high school that she began to give golf a second chance. “I started getting a little bit better and started enjoying it more,” she said. She made the Arlington Martin High School golf team as a freshman and rapidly improved, giving a lot of credit to the guys on the team.

“They knew every single thing about golf,” she said. “They taught me everything I know.”

She continues to play golf with the boys, which improves her game and makes her more competitive. Lewis practices and plays at Harbor Lakes Golf Club in Granbury until dark. One of her putting drills consists of placing four tees in a circle about 3 feet away from the hole. She has to make 100 in a row. If she misses, she has to start over.

“That can get very frustrating, but you’ve got to stick to it,” she said.

She’s devoted to practices but also believes playing can help too.

“I think playing really does improve you, at least with the finer details, the very specific shots that you can’t get from the practice range.”

Her fluid swing draws onlookers at the Harbor Lakes driving range. She’s made an impression on the members and has no bigger fan than Becky Addison, her Granbury High School golf coach.

“She is an incredible young lady with an even more incredible work ethic,” Addison said. “She is a sweetheart to all she meets and is well thought of by her peers. She is a coach’s dream player.”

Lewis’ parents and grandparents are a great support system.

“They take her to junior tournaments all over Texas and a few other states on weekends she is not playing for GHS,” the coach said. Lewis and her parents moved to Harbor Lakes this summer. “I like the town a lot. I’m starting to make some really good friends here,” she said. Her favorite PGA Tour players include Jordan Spieth and Bryson DeChambeau. DeChambeau bombs his drives and has turned golf into a game of power, Lewis said.

Lewis can lace her drives too (250-260 yards) but considers herself a more conservative player.

“It really depends on the course and conditions,” she said.

She works with a swing coach at the Texas Rangers Golf Club in North Arlington. She had a lesson with him the morning of a school tournament and was cutting close her tee time. She made it though and went out and shot 69, her first time to break 70 in a tournament.

The lesson lasted an hour, with the last 10 minutes devoted to putting.

“That 10-minute putting lesson really made a difference (in the tournament),” she said. She was having trouble with the 3- to 5-foot putts. The coach improved her grip and told her to keep her left arm straight through the putt.

What are her interests outside of golf?

“I can’t really say I have much,” she said. “Golf is pretty much my life. About once a year I go snowboarding with my dad, and I like to hang out with my friends.”

Does she worry about burnout?

GISD gets new head coaches in softball and tennis