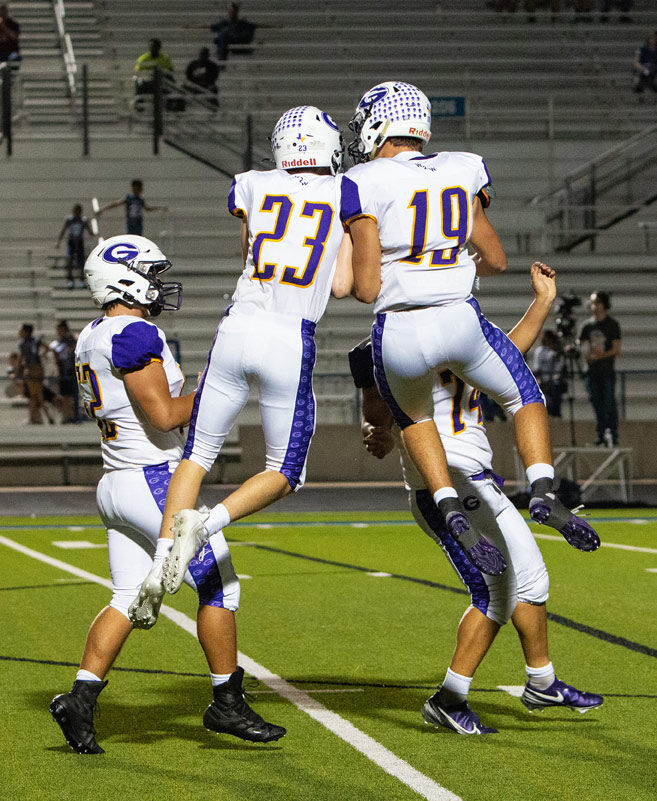 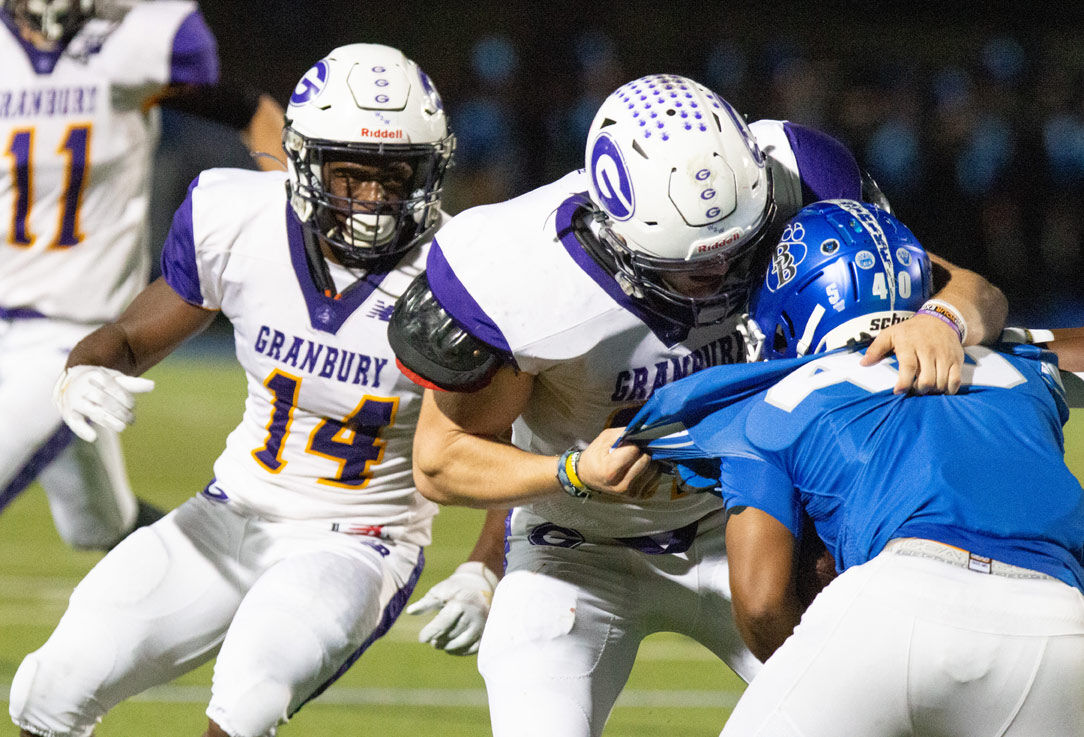 CRUNCH: Dustin Jones wraps up a Brewer ball carrier as Dereck Lacy comes to his aid. 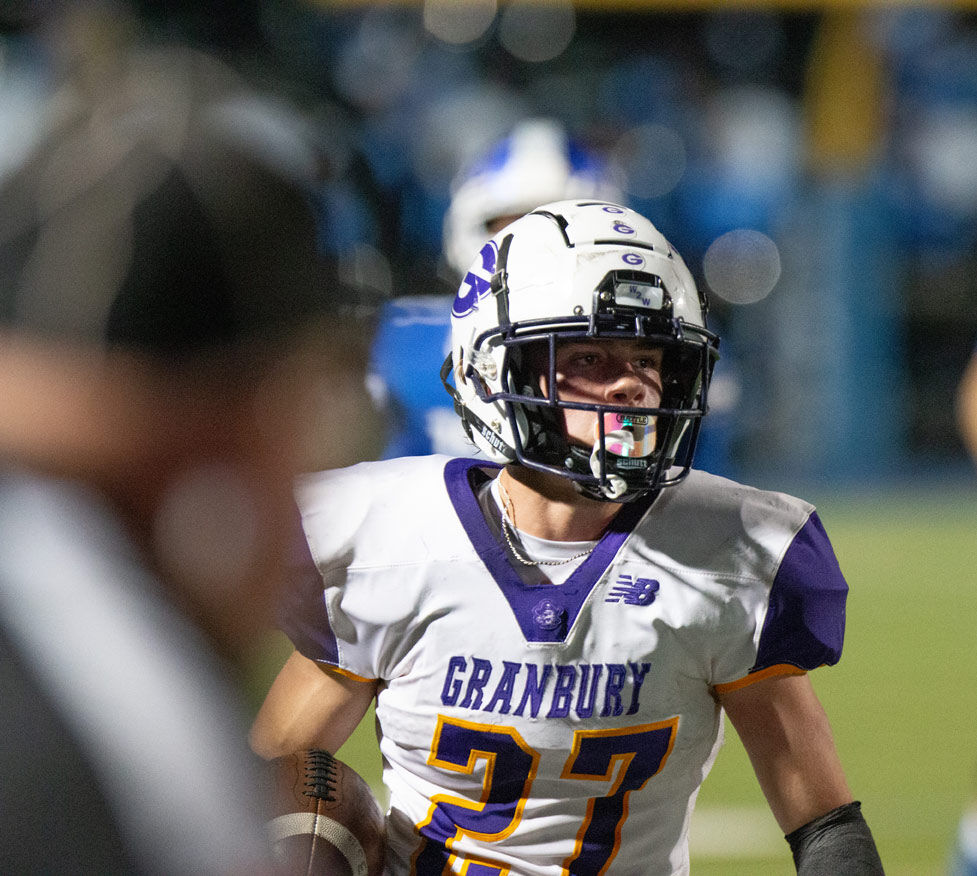 While there are still many scenarios out there, Granbury’s Friday night home matchup against Azle has serious playoff complications with the Pirates (3-3, 1-2) facing the Hornets (5-1, 3-0) in a make-it-or-break-it situation.

Playing at home is always an advantage, but more so for the Pirates in 2021, as they have struggled to get started in their road games this season. That hasn’t been the case when playing on the Johnny Perkins field in the friendly confines of Pirate Stadium.

Azle quarterback Chris Lee was Dave Campbell’s Texas Football magazine preseason pick for the district MVP on offense, and the senior has done everything to earn that distinction. Lee is 84-137 for 1,508 yards (251 per game) and has 22 touchdowns against just three interceptions.

The Hornets also have a solid ground game with senior Mason Wyble, and sophomore Vance Guthrie splitting time in the backfield. Guthrie (71-373, 1 TD) hasn’t been as explosive as Wyble (56-397), who scored five times, but the sophomore also has jets.

Azle’s biggest threat is a competent receiving corps, and four players have more than 200 yards receiving, with Kaden Taylor’s 29 receptions for 527 yards leading the way. Tyler Akers is another severe threat for the Hornets, with 423 receiving yards on 23 catches and 10 TDs. Three of Azle’s top receivers have catches of 57 yards or longer.

The Pirates also have field-stretching receivers in Gus Hamlin, Crash Davis, James Byrd, and Dereck Lacy, all having receptions of 49 yards or longer.

Granbury’s sophomore running back, Jadon Rogers, enters the contest as the leading ground-gainer with 750 yards on 86 carries. Jinkerson is also a threat to run, and Tyler Rogers (35-187) gains 5.34 yards per attempt.

Defensively junior Braydon Olthoff leads the Pirates in tackles with 49, and he has seven tackles for losses and two sacks. Seniors Dereck Lacy (41), Dustin Jones (38), and Brooks Pearce (29) are next on the tackle chart.

Azle, Brewer, and Northwest are all in the front with 3-0 records, and all have to face each other at the end of their schedules. Cooper at 2-1 is in “second,” making for a crowd at the top of the standings.

Granbury needs to get by Azle and then depend on Brewer, Northwest, or Cooper to hand the Hornets another loss. A win by Azle pretty much makes the Hornets a lock, but this is Texas high school football, and much stranger things have happened.

The kickoff is set for 7 p.m. Friday.