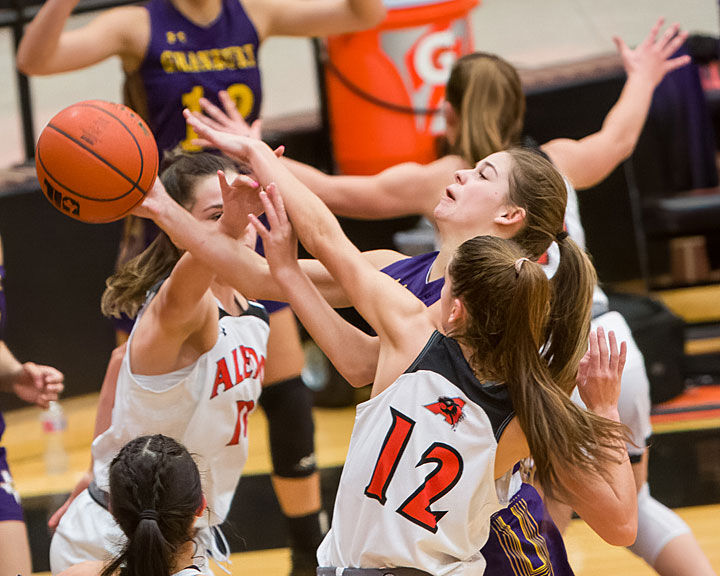 NO FOUL: Granbury had a tough time in Aledo where there was a notable number of "no calls" on fouls like this one on Ella Garner. 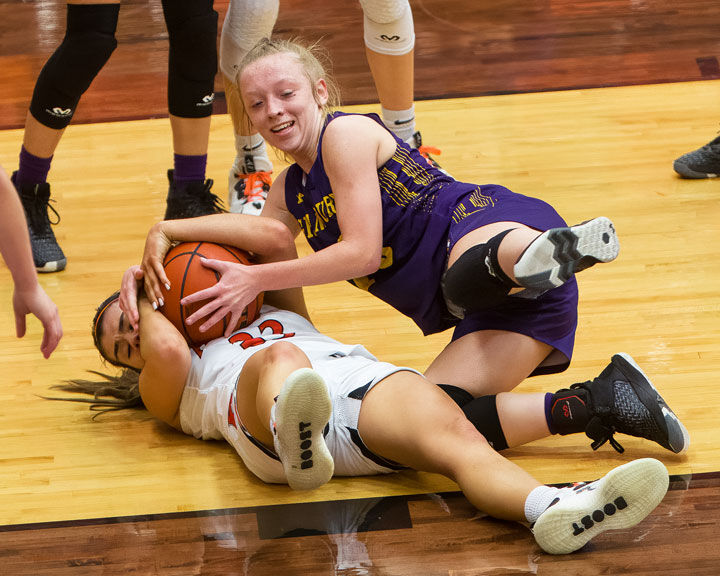 SMILING: Madison Black is all smiles as she battles for possession of the ball. 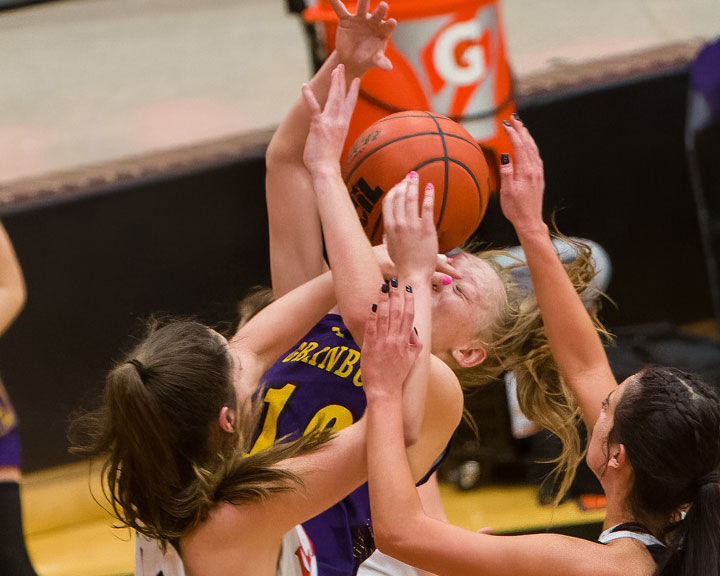 NO FOUL PART 2: Only three people in the gym missed this foul and they were wearing black and white. 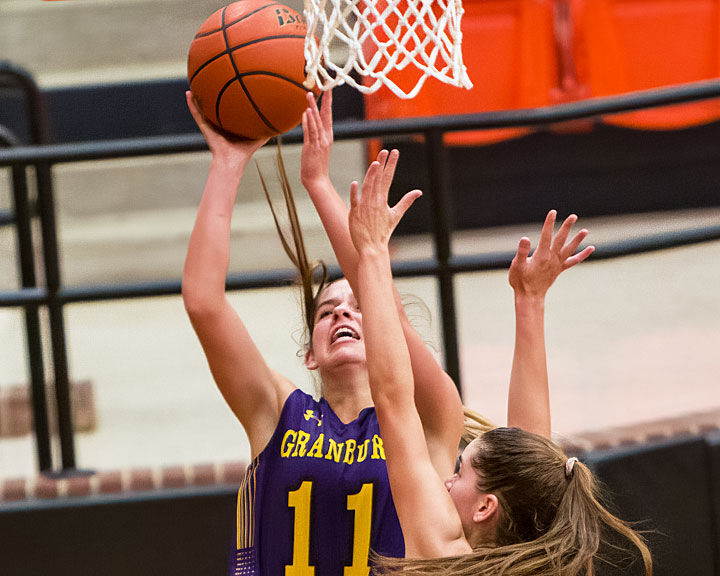 UP FOR TWO: Ella Garner tries to get into the paint for a short jumper. 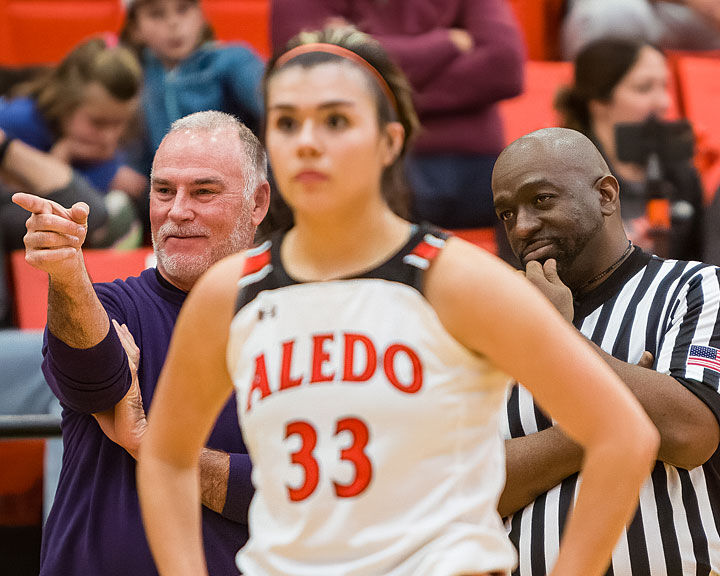 RIGHT THERE: Coach Alan Thorpe points out where a foul happened as the official listens to his complaint.

ALEDO — Four days after dropping their District 5-5A girls basketball opener, the Granbury High School Lady Pirates were in sync and slipped past Aledo Tuesday, 63-59, in a contest that was not decided until the final minute.

Granbury lost the services of point guard Ashley Torres just before league play opened when she broke a bone in her right arm, and she will be out of action for an underdetermined amount of time.

That put sophomore Madison Back into the mix, and she has thrived.

"Ever since Torres has gone done, Madison has played great. She has stepped in and picked up the slack. I'm really proud of her right now," Thorpe said.

"Yes and no. we have four teams in this district that are pretty equal, and when that happens, you try and steal one that you probably shouldn't have won," Thorpe said. "I think we stole one tonight. The girls did a good job."

In Monday's loss to Wichita Falls Rider, Granbury was off its mark with poor shooting compounded by mental errors and turnovers. Against Aledo (6-12, 0-2), the Lady Pirates played a steadier game.

"The other night (against Rider), they shot 50 percent, and we shot 38. Tonight, we shot 45 percent, and they shot 30. That's your difference in this game. We shot the ball well," Thorpe said.

Granbury established a 9-2 lead midway through the first quarter, but the Lady Bearcats would fight back, and the score would see-saw through four quarters

Missed shots and a slew of second-quarter miscues led to Aledo taking a 32-22 lead as the Lady Bearcats went to work on stopping scorer Ella Hamlin. Thorpe and his staff made adjustments, sending the junior inside the paint.

Buckets by Sterling Dunagan, a three-pointer, and a pair of free throws by Ella Garner left the score at 32-29, GHS, at the half.

With Aledo continuing to double-up on Hamlin, it gave Granbury some different options.

"They tried to take Ella (Hamlin) away, and when they did, we moved her inside, and it allowed Black, Mueller (Alexa), and Garner (Ella) to drive on them because they couldn't get that help anymore. I thought that adjustment was good. When Hamlin gets the ball in her hands, she's special. She's very special.”

Midway through the fourth quarter, Aledo led 50-48. But a pair of Hamlin free throws knotted the score, and Mueller found Nina Parker under the net to give GHS the lead. Parker was instrumental in Granbury fighting back as she scored eight points in the final frame.

Being double-teamed didn't stop Hamlin who scored a game-high 25 points while teammate Nina Parker had 15. Adding to Granbury's totals were Black with 8, Dunagan and Mueller with 6 each, Garner 5 and Averie Coffman 1.