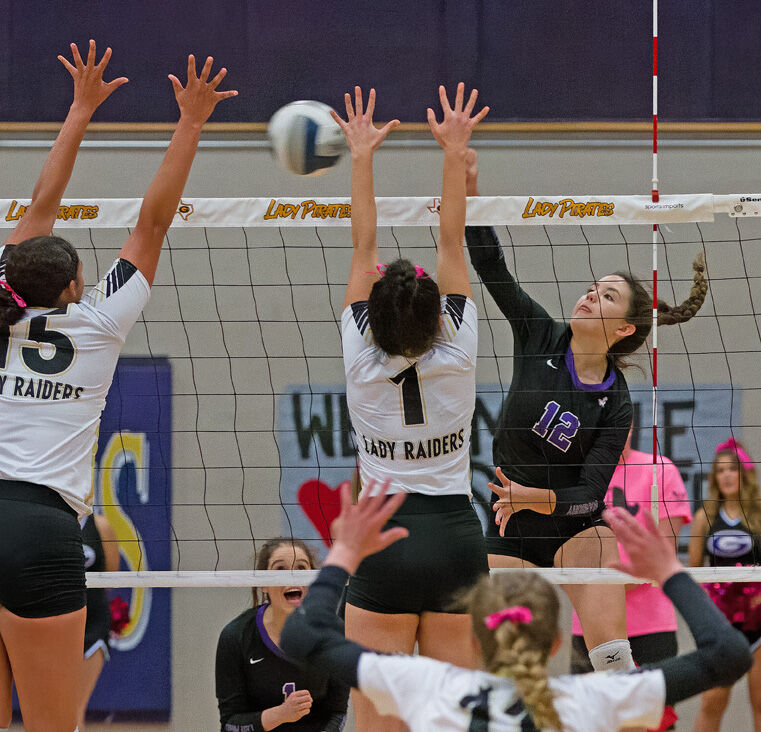 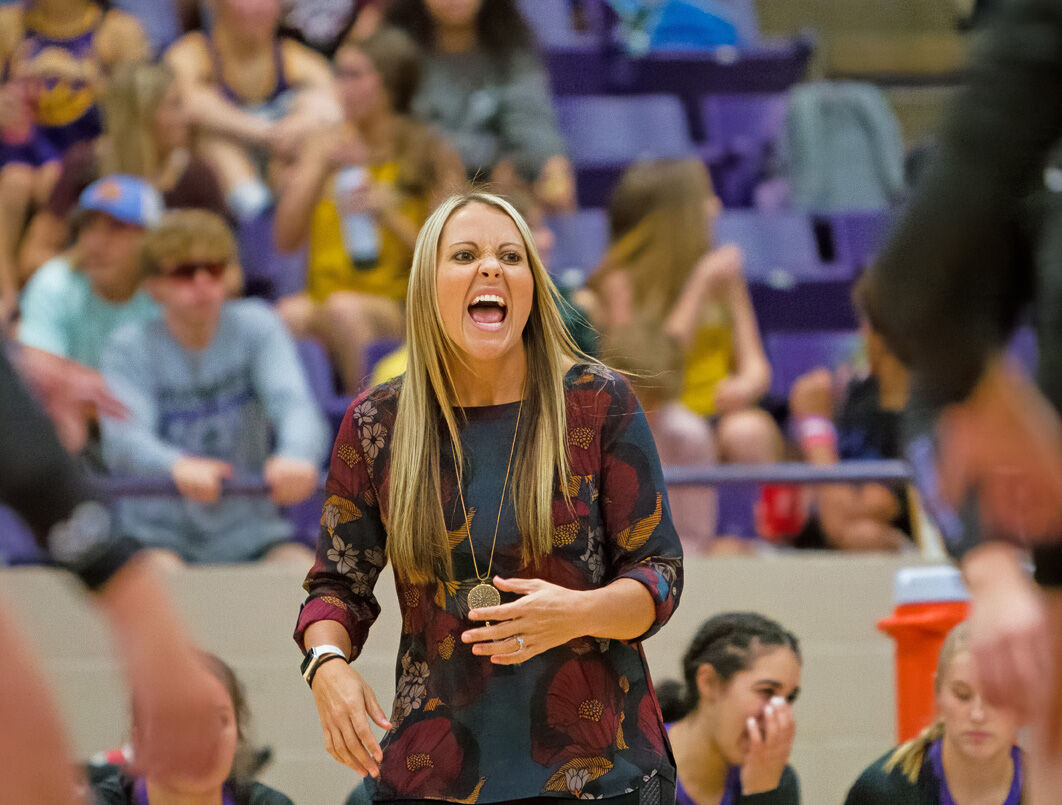 GET GOING: When Granbury seemed to loose some energy coach Desiree Shahan was there to offer encouragement, 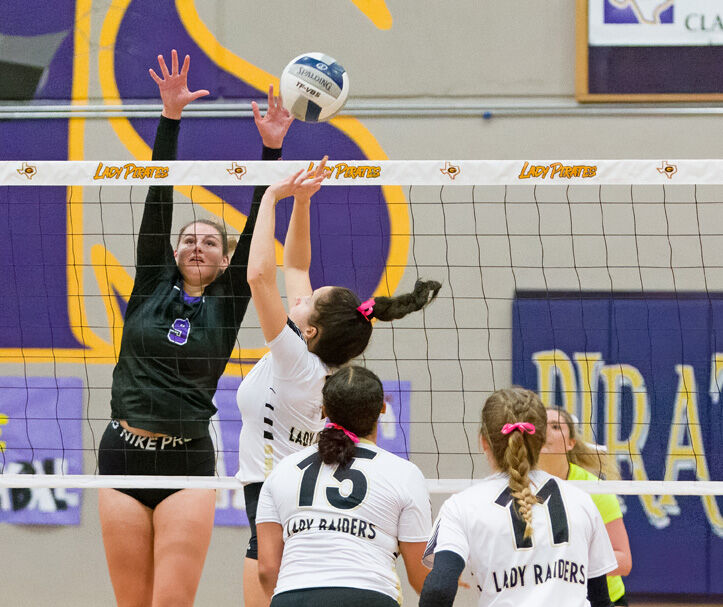 Granbury picked a bad time to have an off night, and the result was a 3-0 volleyball loss Tuesday to District 5-5A leader Rider.

The Lady Pirates (2-4) had few answers for the Lady Raiders’ (6-0) offensive attack, but considering Rider has lost only one district game, Granbury isn’t the only team that has struggled. The loss drops Granbury’s league mark to 2-4 and sets of a dramatic finish for the playoffs.

Things started out poorly for Granbury as the Lady Pirates fell behind early in the first game trailing 13-1 before rallying to make it respectable at 25-17.

Rider managed to keep the Lady Pirates on their heels, taking games two and three 25-8 and 25-10. It was midway through the third game when coach Desiree Shahan called a time out to talk with her charges.

“In the first two games, the girls never stopped fighting, and even in the third, they kept going,” Shahan said. “We let down our intensity a little, and I reminded them what we need to do.”

In some cases, it felt like what needed to be done was to run and take cover.

“Rider came out ready to play, and they were swinging for the fences every single time. They were hitting the ball ten times harder than we gave it to them, and that was the issue,” Shahan said.

The Lady Raiders’ attacks came from all over the front of the net.

“Our serve receive was struggling, and I told them that they needed to pick it up. We also struggled with our blocking at times, but the defense did pick it up some,” Shahan said.

Granbury’s matches against Brewer and Azle were 3-2 affairs, with the Lady Pirates winning at the Lady Bears’ house and falling to the Lady Hornet at home.

Brewer is still in striking distance, and Granbury has the advantage of hosting them Tuesday, Oct. 19, in what will be the Lady Pirates’ final home game of the season. Granbury will close out the season with back-to-back road trips.

GETTING IN THE PLAYOFFS

The word “quit” isn’t in Granbury’s vocabulary, and getting to the playoffs is the goal where anything can happen, and a golden bi-district trophy might be waiting.

Granbury controls its destiny and needs to remain focused and keep looking to improve. The Lady Pirates won’t be the favorite against Aledo, but Granbury has a legitimate shot to finish as high as third in district play.

Is Shahan afraid to tinker with her lineup?

“We have girls that are battling for positions every day, and it will depend on who brings it better that day,” Shahan said.