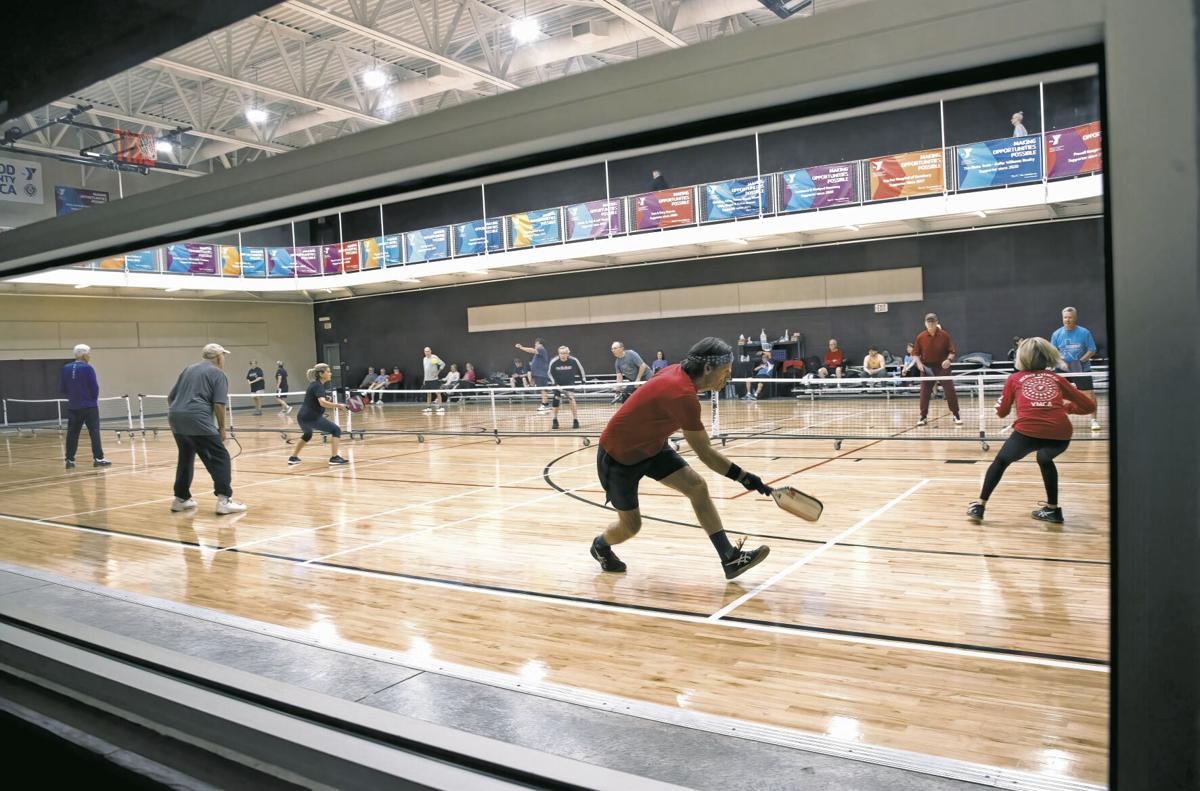 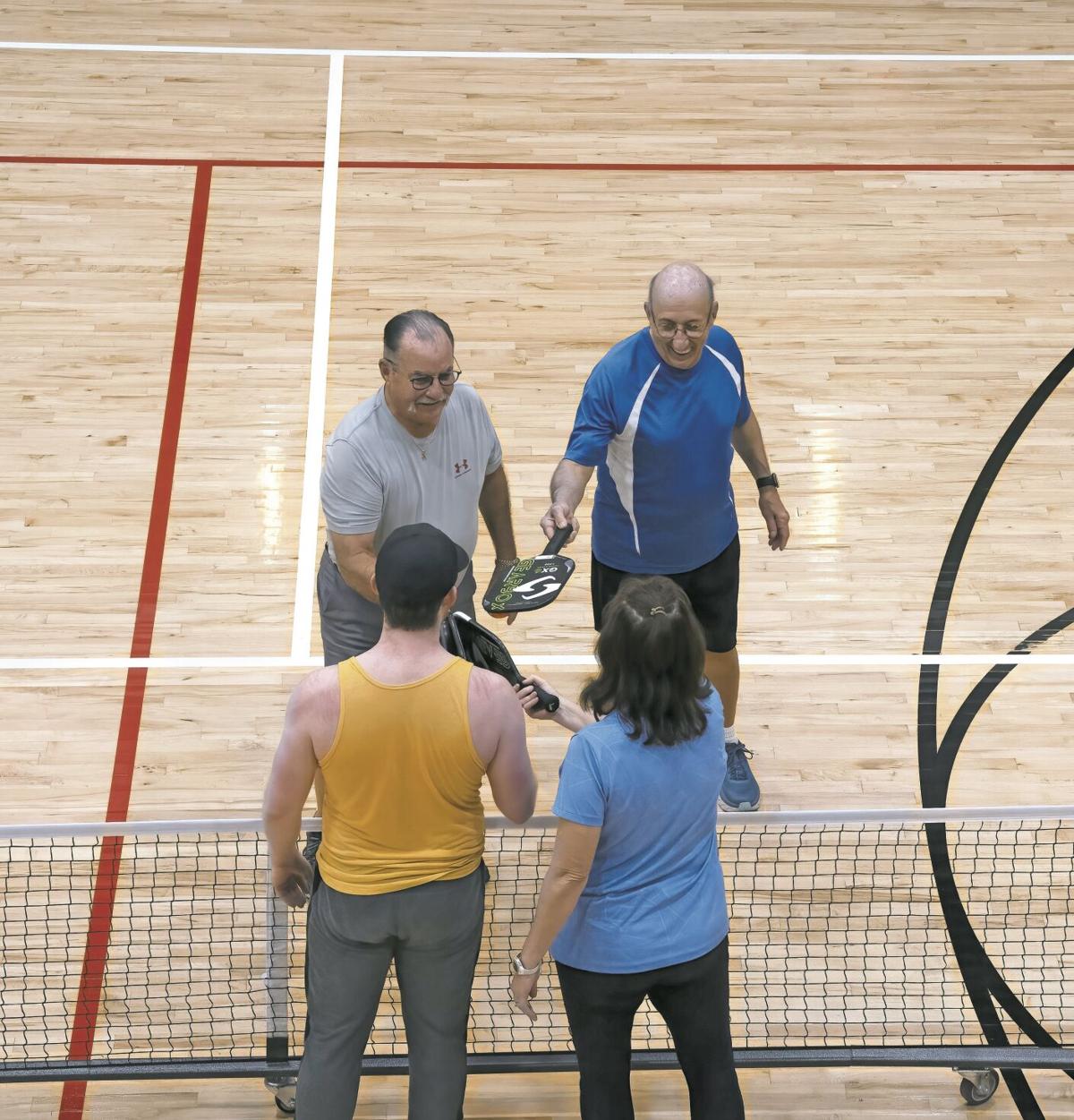 Four pickleball players touch paddles to symbolize sportsmanship after the conclusion of a match at the Hood County YMCA pickleball court in Granbury on Dec. 22.

Four pickleball players touch paddles to symbolize sportsmanship after the conclusion of a match at the Hood County YMCA pickleball court in Granbury on Dec. 22.

It’s a sport you can be good at right away

At the Hood County YMCA, pickleball welcomes everyone with open paddles.

The sport attracts people of all ages because it is easy on the body, and anyone can play. Those are two aspects that have made it the fastest-growing sport in the U.S.

“I came in, and people welcomed me with open arms,” said Damon Berry, a local pickleball player. “When your game is over, and you go to sit down ... you’re not sitting by yourself. You’re sitting there with six or eight other people, and you start talking, then you play some more.”

Pickleball is an all-inclusive sport no matter the age, weight or height of a player. It is a hybrid of badminton, table tennis and tennis. The player uses a paddle to hit a wiffleball back and forth.

The sport is played on a court that resembles a tennis court, but instead of having doubles lines, it is played on four squares with a net at the median. The game can be played as doubles or singles, much like in tennis. The ball can travel up to about 40 mph.

Bob Myers plays pickleball at the Hood County YMCA regularly. Myers was convinced by his wife Eva to give it a try at a local pickleball clinic in Pecan Plantation in 2017. The couple has played ever since.

Playing the sport has helped Myers lose 45 pounds since he started. Myers and his wife continue to play because of the positive health benefits, and the camaraderie with other players.

"The people were the nicest people I had ever met," Myers said. "At first, it was the people. Then it became about our health."

Berry explained that it is not like any sport he has ever played, in the sense of picking it up quickly.

According to Berry, sportsmanship is a key part of the game, even in competitive moments. Players are very kind to one another, making it a friendly atmosphere.

“At the end of each game, you’ll see every single person in here come up to the net and touch paddles,” Berry said. “They do this as an acknowledgment of the social friendliness and gentility of the sport.”

Don Temple used to play a lot of tennis but setting up a time and finding a group was difficult. With pickleball at the YMCA, he has a place to play, which sold him on the sport.

“I just walk in and play,” Temple said.

Each skill rating is based on how much experience a player has. The lowest is 1.0 (beginner) while the highest is 5.5+ (expert player) skill rating. Players play within their age group.

Mickey Daniel competed at a skill level of 3.5 in 60-plus mixed doubles.

Damon Berry competed at a skill level of 4.0 in 70-plus men’s doubles.

Don Temple competed at a skill level of 3.5 in 75-plus men’s doubles and earned a gold medal when he won that division.

To play pickleball at the Hood County YMCA, players will need to have a membership there. Paddles, pickleballs, and instructors will be present.