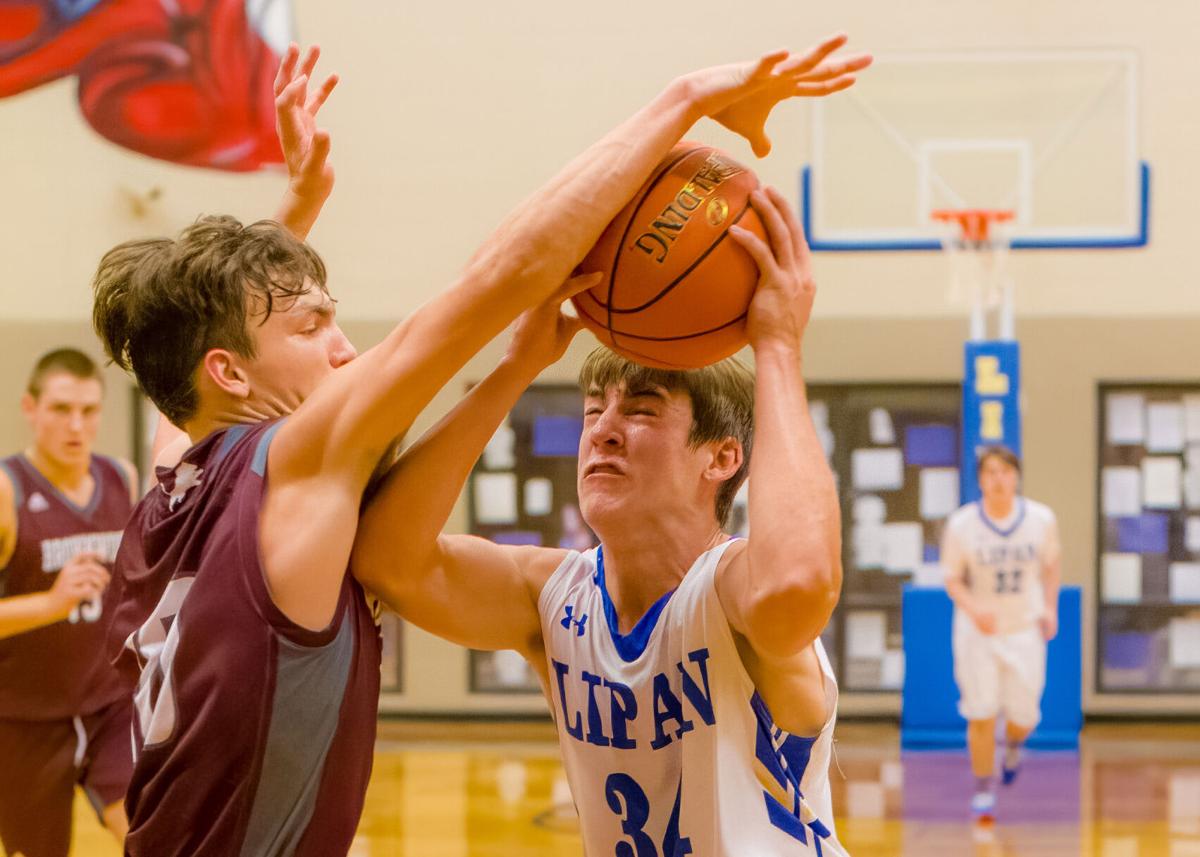 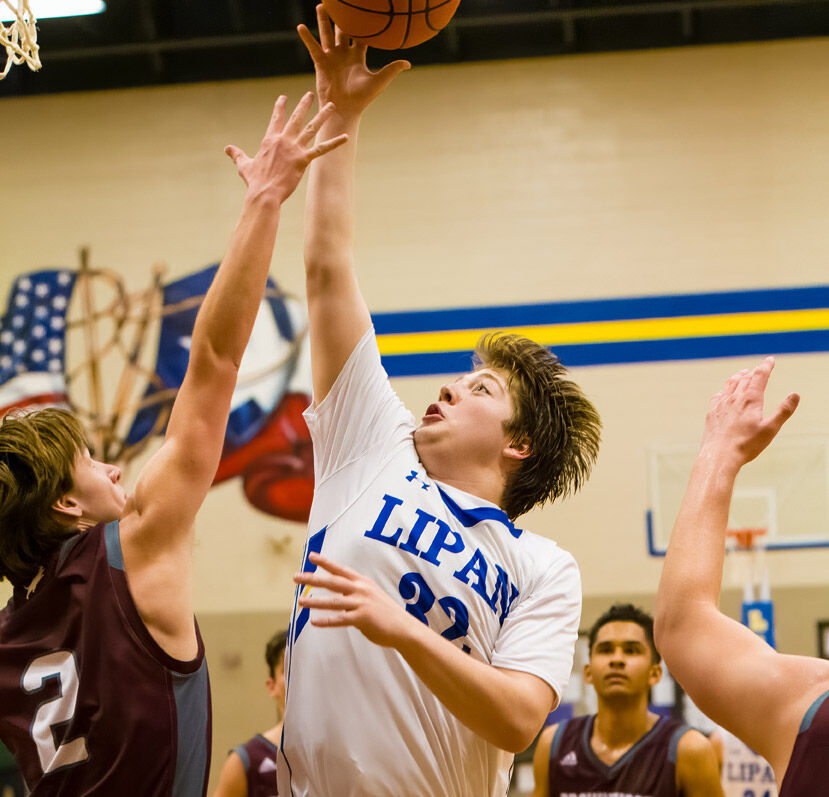 UP FOR TWO: Cody Harwell goes up between a pair of Brownwood Lion defenders. 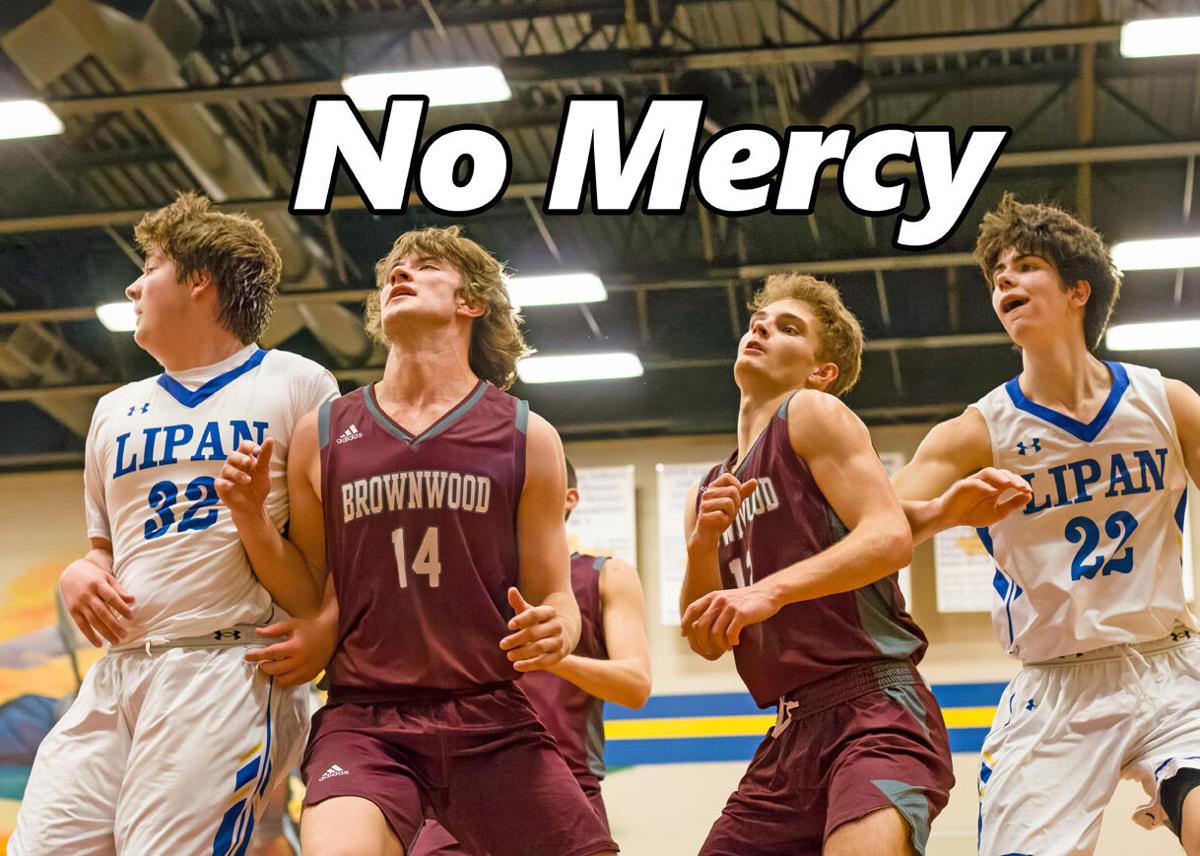 CONTACT SPORT: In Lipan, basketball is a full contact sport as Cody Harwell and Tripp Phillips do a little elbow-ribbing. 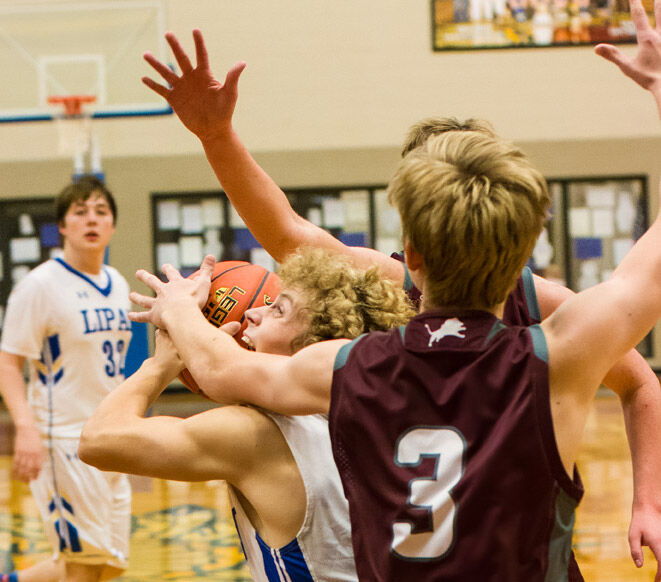 MUGGED: Senior Jadon Redwine gets mugged as he tries to score against Brownwood. 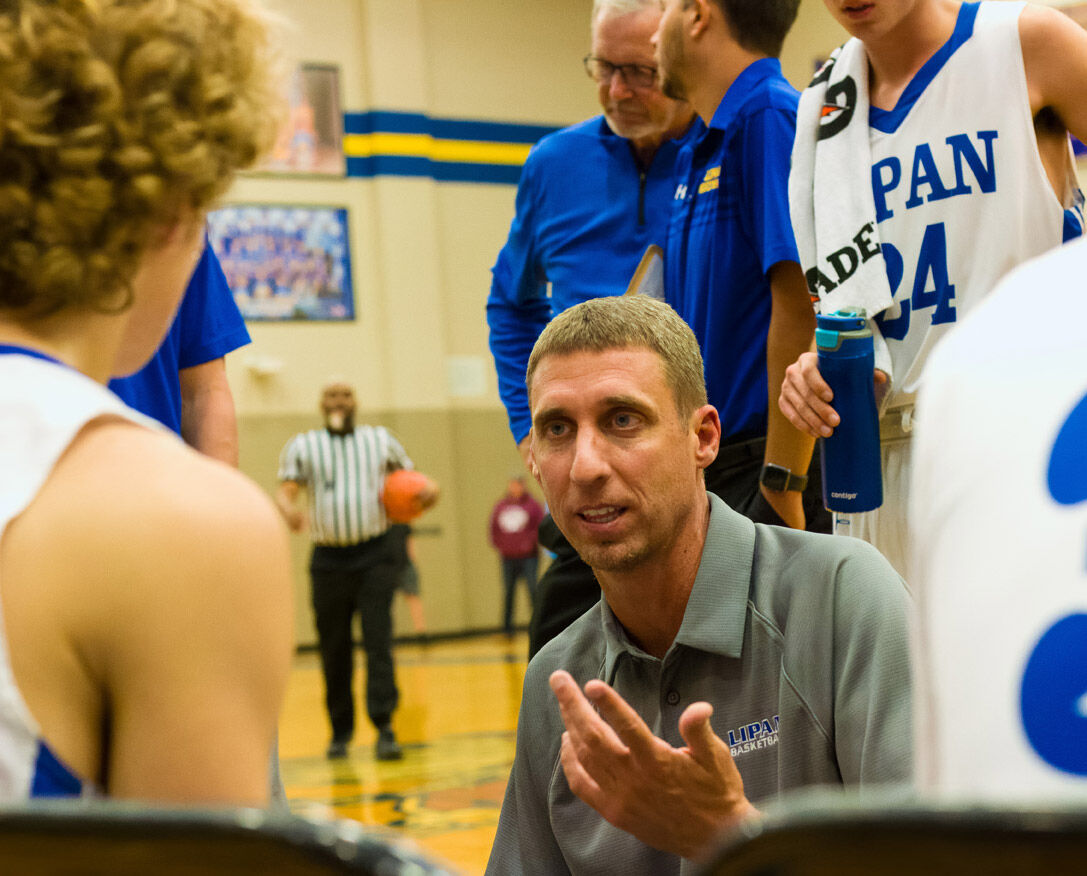 COACHING: Brent Gaylor is headed into his fourth season in Lipan and led the Indians to a 24-5 record last year.

The gasps of pain expressed by a pair of Brownwood Lion basketball players came at the same time under the Lipan goal on Nov. 12, after both had received a well-placed and disguised elbow in the ribs.

With a look of astonishment on his face, one of the Lion players threw up his arms in protest as he begged for a foul call from an official. A whistle never came.

There is no mercy in Lipan.

Getting trapped between No. 2 Lipan’s Cody Harwell and Tripp Phillips is a rock and a hard place.

After a loss to the eventual state champion last season, the Indians are on a mission this season and are ready to take on all comers, no matter what classification.

The Indians handily beat Brownwood, 113-57, but coach Brent Gaylor was less than satisfied. Fans noted Gaylor’s dissatisfaction because the Indians were up 41-24 at halftime but didn’t emerge for practice shots.

“We made some poor transitions from offense to defense in the first half, and I called a time out to discuss it during the game. We covered more of that in the locker room,” Gaylor said.

What followed was a 45-point third quarter and a complete demolition of Brownwood’s defense.

Heading into the Port Aransas Marlin Classic, the Indians were 3-0 after dumping Peaster 42-27 and Paradise 63-46.

Most coaches use tournaments to test their team’s character because the quick turnaround between games tires players and gives a chance to see how athletes perform under that kind of pressure.

That’s also true in Lipan, but for Gaylor and his assistant coaches Tony Phillips, Jimmy Lott and Landry Norwood, it’s about being able to shift through the Indians’ multiple gears smoothly.

“We do like getting into tournaments because it provides so many different scenarios from multiple teams,” Gaylor said. “Tournaments give us a chance to work on lots of different offensive and defensive situations. You don’t have a chance to study hours of film, and that is what gives us all a real test.”

Gaylor also doesn’t have to struggle to find opponents at tournaments, unlike his problems getting teams into regular-season contests with the Indians.

If you wonder why there are scheduling struggles, just go back and read that Brownwood score again.

The next time Lipan hits its home hardwood is on Nov. 30, when the Indians play host to North Crowley. The Panthers opened the season with wins over Crowley (49-42) and Dunbar (83-57).