Starting at
$100.00 for 365 days
Get Started
View all rates
You have permission to edit this article.
Edit
Home
News
e-Edition
Diversions
Columnists
Multimedia
Obituaries
Classifieds
Bestof2021
Share This
1 of 5 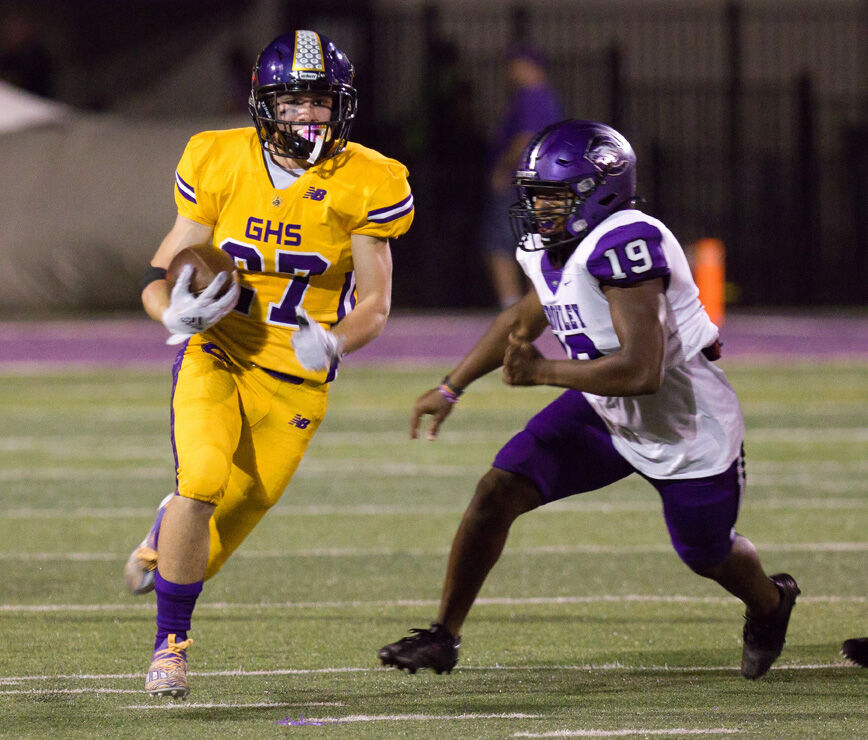 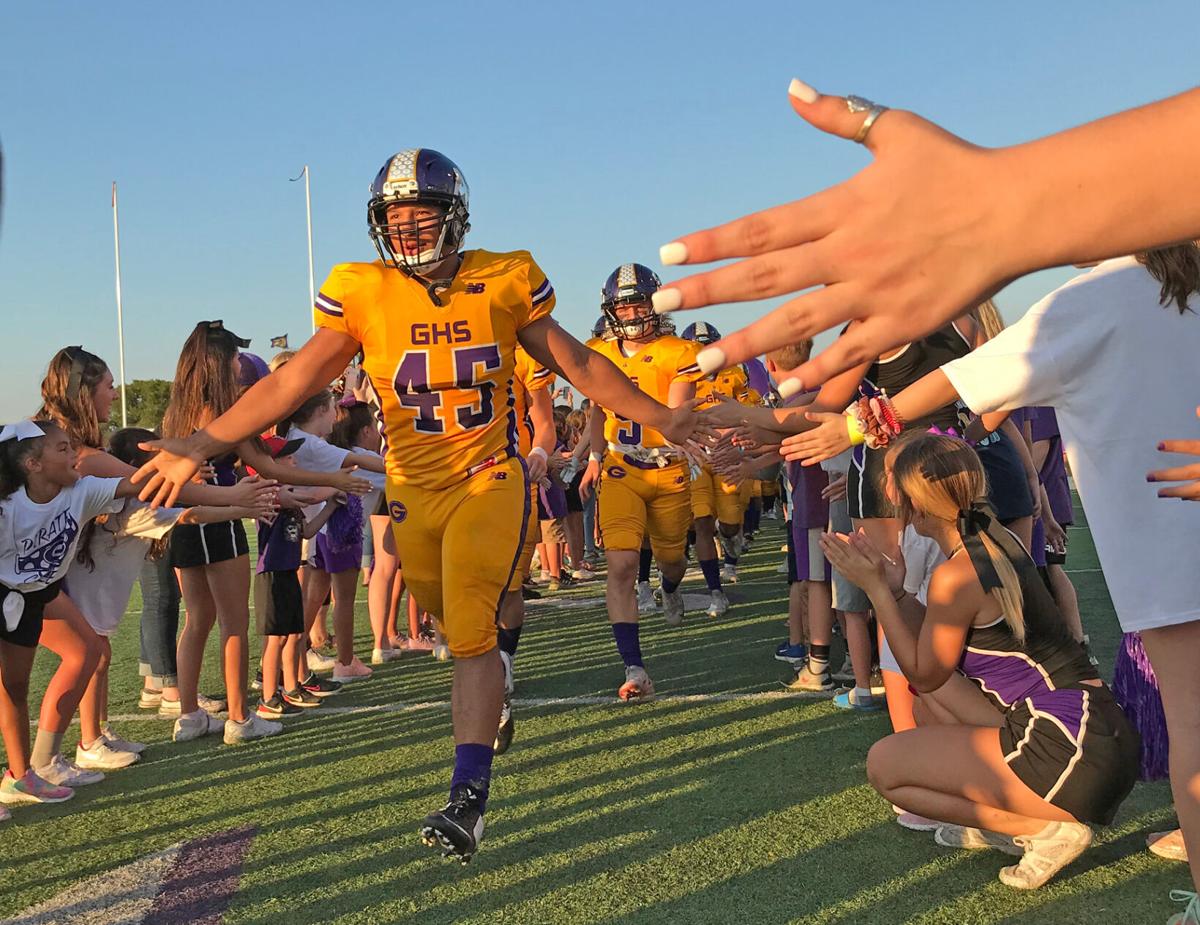 WELCOME: The Pirates got a big welcome onto the field. 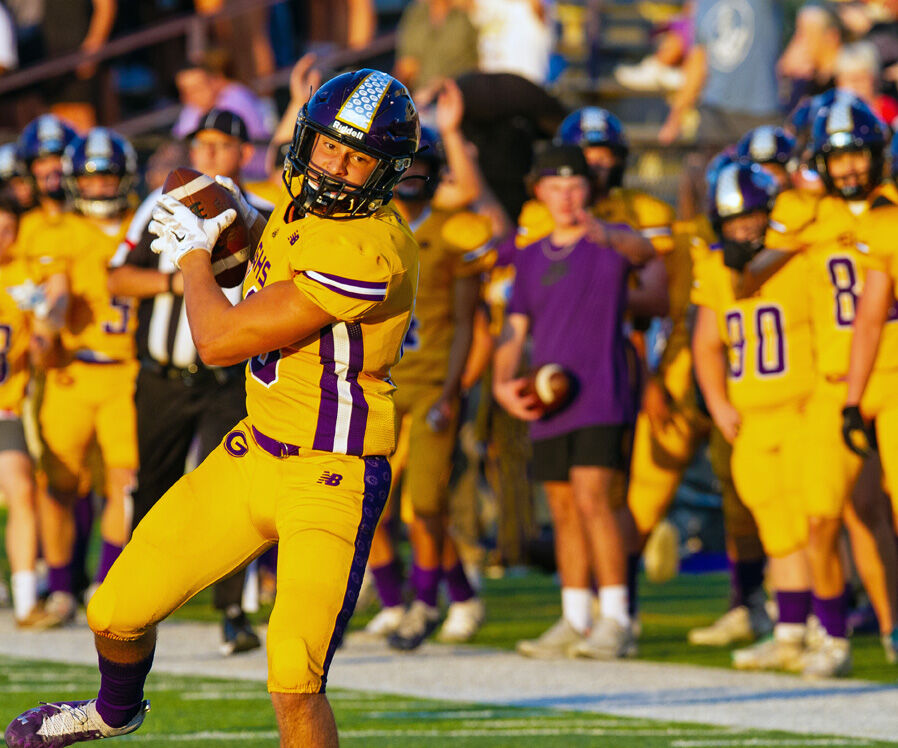 TD CATCH: Gus Hamlin got the scoring started for the Pirates. 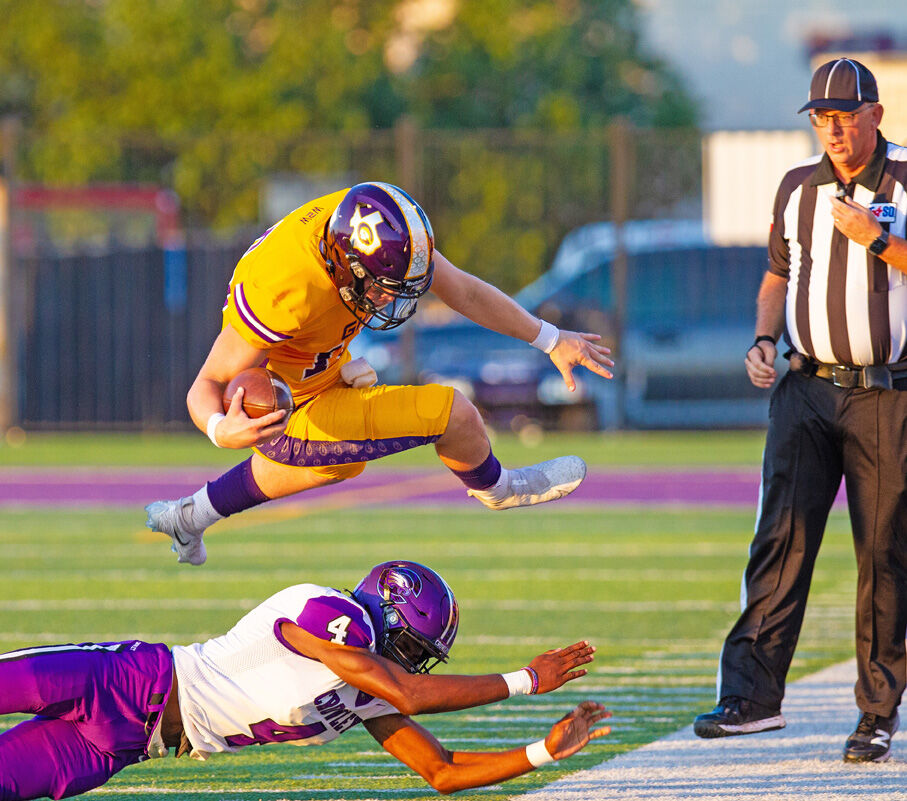 FANCY FOOTWORK: Quarterback Austin Jinkerson avoids a tackle as he gets out of bounds. 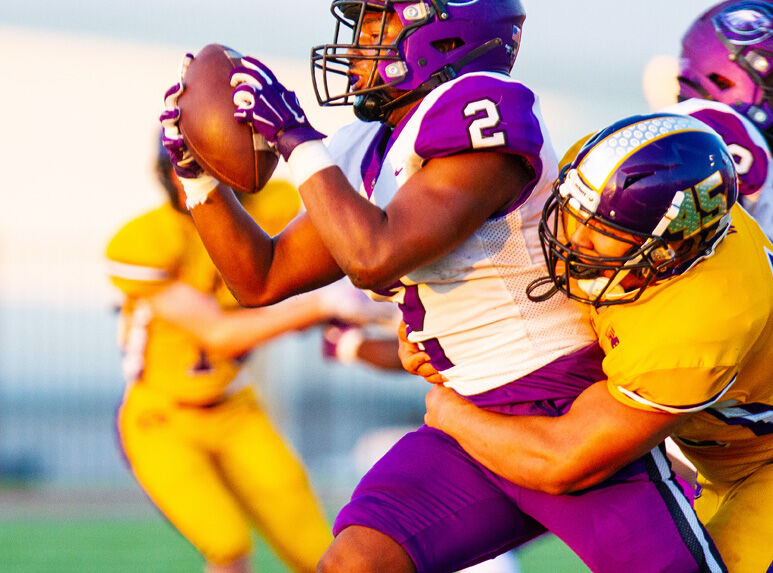 TACKLING: Junior Braydon Olthoff pulls down a Crowley ball carrier for a loss.

Granbury dominated all three phases of the football game to win their District 3 5A opener 49-28 against Crowley Friday night at Pirate Stadium.

The Pirates are 3-1 for the first time since 2017, and a 1-0 start in league play is something Granbury needed before heading out on the road to face Abilene Cooper.

“A win is a huge confidence and momentum builder, and right now, we are playing some good football, but we are not playing our best football,” coach Chad Zschiesche said. “We need to continue to grind and keep doing what we are doing and improve on the things that we can control. Each week, it’s about playing as hard as we can and seeing what comes out on the scoreboard.”

Granbury has been on the winning side for the past three weeks after dropping their road-opener against 38-35 and easily could be a 4-0 team, but more importantly, the Pirates are 1-0 in district play.

Things didn’t start as well as the Pirates would have liked as they struggled with multiple penalties in the first half and allowed the Eagles (0-4) to score and build momentum on a couple of occasions.

Penalties were Granbury’s biggest problem, and they were honest mistakes.

“The kids get so amped up, and God made them with testosterone, and yes, we will certainly address it, but we are not going to keep our kids from being aggressive with as hard as they are playing right now,” Zschiesche said.

The Pirates seized the game’s momentum early, and offensive coordinator Matt Holly dug into his bag of tricks to grab it. A short pass toward Granbury’s sideline from Austin Jinkerson to Walt Hartman, who then laced the ball to Gus Hamlin, snared the 7-0 lead after the first of seven PAT kicks by Drew Henderson.

Granbury’s kicking game was instrumental in keeping the field long for the Eagles.

“Drew Henderson continues to kick the ball well for us both on PATs and off the tee on kickoffs. Casen Gentry is punting really well with good coverage,” Zschiesche said.

The Eagles would march down the field and knot the score up, but the Pirates rebounded, and it was Jinkerson’s scrambling that kept things rolling.

After being dropped for an 8-yard loss on first down, the quarterback found himself in the middle of another potential sack when he made an off-balance hurl at the last second and found Hamlin wide open for a 14-7 lead.

The first half’s theme was the Eagles constantly threatening and the Pirates on the verge of breaking the game wide, and it was a point of discussion at halftime for the Granbury coaching staff.

“We addressed the poor tackling and poor angles. Their team speed is one of those deals you just can’t simulate in practice,” defensive coordinator Sonny Galindo said. “The speed of the game kind of surprised them, but once our kids figured out their running back, Daunte Blake was the threat, and he was the game-breaker for them. They just decided to step up. It’s all about the kids.”

The running of sophomore Jadon Rodgers kicked into high gear in the second half after being hampered in the first two quarters. A bruising 13-yard run on the Pirates opening possession of the second half was the boost the speedster needed for confidence, and he would cap the drive with a 1-yard scoring run.

Roger’s would follow that up with an 87-yard gallop for another touchdown, and it was that score that swung the game permanently in the Pirates’ favor.

“He (Rogers) continues to impress, but those long runs don’t happen without the blocking of your receivers. You can get those five and ten-yard runs from your offensive line, but the long ones come with the help of your receivers,” Zschiesche said. “They weren’t bone-crushing blocks, but they shielded their guys enough, and once Jadon hits that crease, he’s gone.”

Up 28-7, it was just a matter of staying healthy and keeping the Eagles in check. It also didn’t hurt to have two-way players like James Byrd dominating on both sides of the football as he caught a TD, intercepted a pass, and returned a fumble for a score, too.

“Byrd is special. He is a two-way player. We told him before the season started that he was not going to get much rest,” Zschiesche said. “He’s one of those kids that relishes that role, and he plays special teams as well. He’s very easy to coach, and he’s football smart. He’s a playmaker and finds himself around the ball all the time.”

Senior wide receiver Crash Davis pulled down a team-high five catches for 75 yards, and Hamlin had three receptions for an astounding 135 yards and a pair of touchdowns.

Rogers only had nine totes on the evening but turned those into 145 yards and a pair of TDs.

Despite being under heavy pressure all night, Jinkerson connected on 12-19 for 195 yards and two scores.