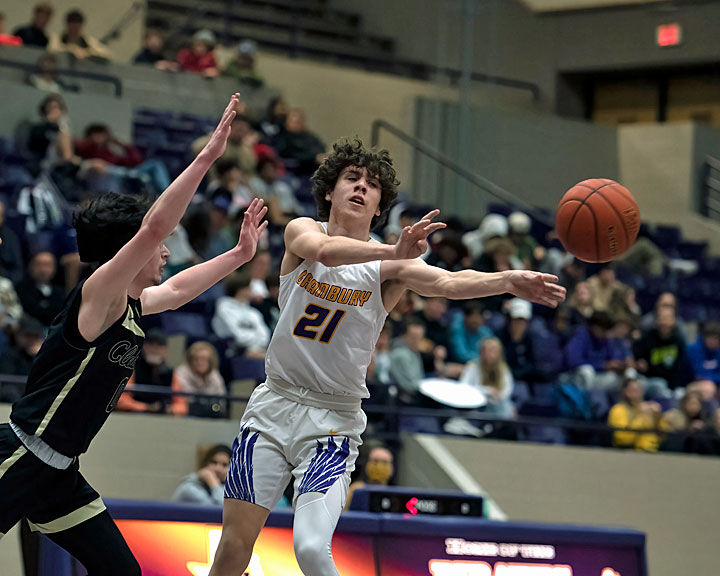 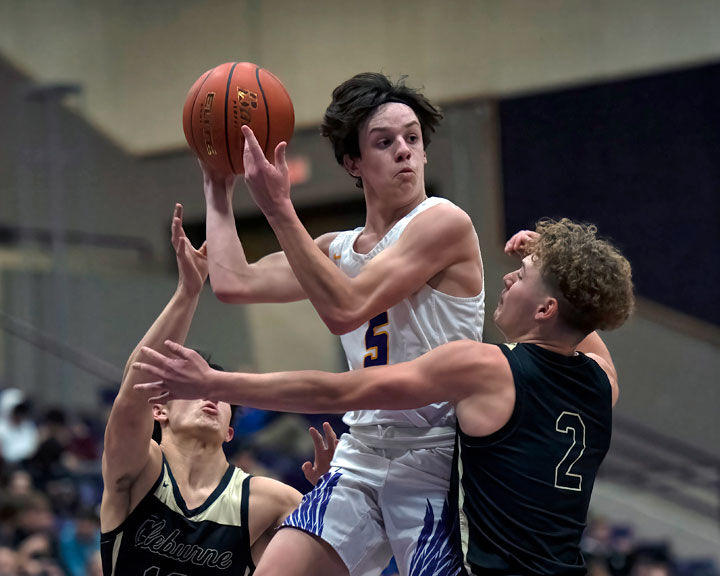 WHO'S OPEN: Trenr Gray looks to get the ball to a fellow Granbury Pirate.

In a back-and-forth battle, the Granbury High School boys basketball team seized control defensively and held Cleburne scoreless over the last three minutes, holding on for a 60-51 victory Tuesday at the James Wann Sports Center.

In their final tune-up before opening District 5-5A play, the Pirates (10-12) didn’t make it to 100 points as they did in their previous outing against Brownwood, but the win was every bit as satisfying for Granbury.

The Pirates jumped out to a 9-0 lead thanks to three consecutive baskets by Sawyer Schenewark and a three-pointer by Kensington Colston. It was a trend for Granbury in the first half as Isaiah Trejo came in off the bench to fuel a fast-paced second quarter with eight points, including two long-range shots.

The scoring by Peyton Plash, Trejo, Corbin King, and Schenewark put the Pirates on top 34-25, but things would go off track for Granbury in the third quarter.

Cleburne (9-14) came out of the locker room to score seven straight points before the Pirates responded with a basket by True Hughes. The Yellow Jackets kept chipping away and established a 38-36 advantage before Trejo fueled another run with six points, putting Granbury back on top 45-41 with eight minutes remaining.

Anthony Salgado got things rolling in the fourth quarter with a pair of three-pointers that pushed Granbury’s lead to 53-45. GHS focused on defense the remainder of the way, and Cleburne had no answer in the final three minutes as the Yellow Jackets went scoreless.