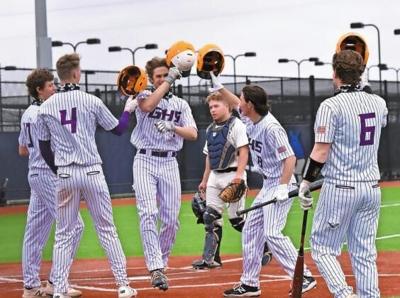 The Pirates defeated Fort Worth Eaton 11-2 and Joshua 6-2, and lost to host Northwest 1-0 in a pitchers’ duel.

Against Northwest, Ryan Felton allowed only one run and three hits and struck out nine. Granbury, however, couldn’t get runners across the plate. Garret Jones led the Pirates with two hits in three at-bats.

The Granbury bats were working good enough to down Joshua 6-2. Brock Mueller, Tyler Sudderth, Shaden Medlin and Jones each managed a hit. Taylor Calcote was the winning pitcher. He gave up only one run on four hits and struck out eight. Cameron Collins recorded the last three outs to earn the save.

Matthew Walters belted a grand slam home run for the Pirates in his team’s 11-2 domination of Eaton. Other hitters were Cooper Thomas, Cordel Gibson, Parker Bradley, Collins, Jones and Mueller.

Gibson was the winning pitcher, giving up two runs on only two hits.

Rattlers basketball coach will not return next season