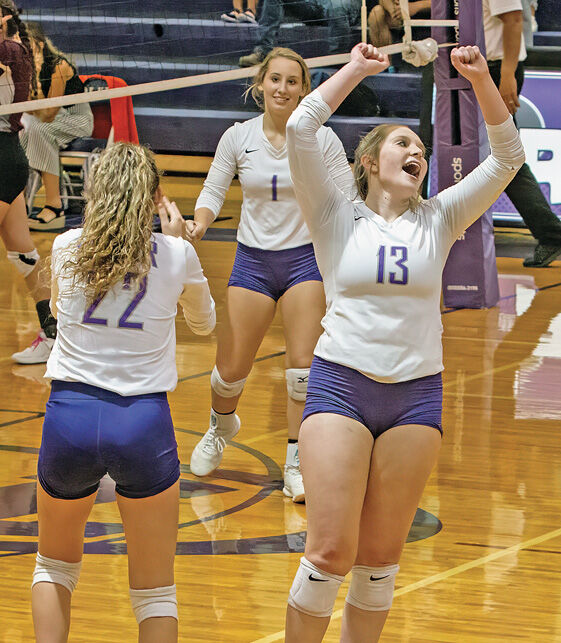 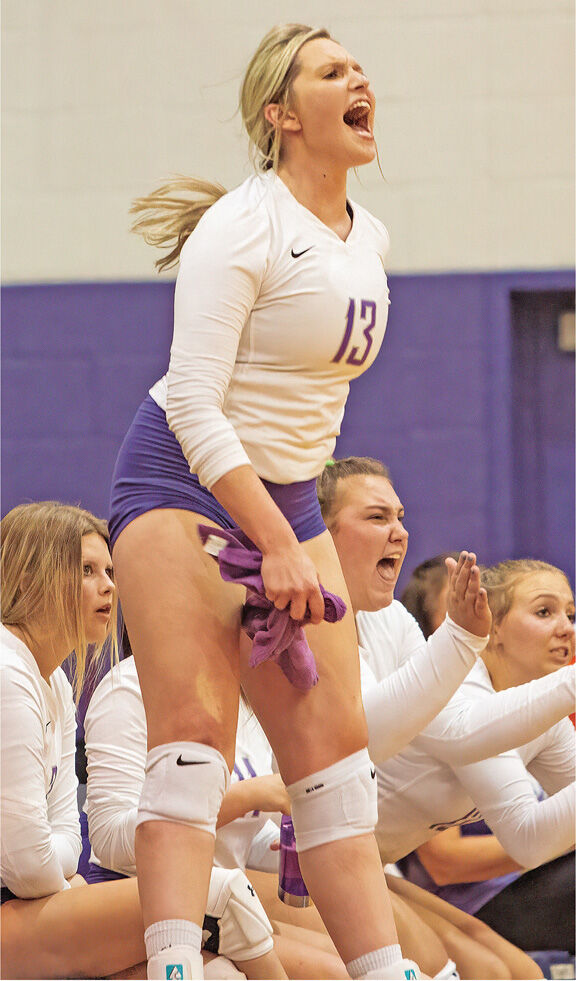 ENTHUSIASTIC: Tolar senior hitter Haylee Burt is in the game even when she’s not in the game.

There’s no missing Tolar High School’s Haylee Burt when she’s on the court playing volleyball or the sidelines cheering on her teammates.

“I think my teammates would probably describe me as being ‘enthusiastic,’” Burt said.

That’s kind of like describing No. 10 fire-alarm chili as being somewhat spicy.

That fire Burt shows on the court and courtside has been stoked by her Tolar coaches.

“Our coaches have always told us that coaches lead good teams, but great teams are led by players,” Burt said. “I never really understood that until last year.”

Amid the COVID pandemic and its restrictions, communication was hampered, and there was a need for players to step up in more than one way.

Burt has made that choice, and she leads by example and with her voice.

As an athlete who takes part in volleyball, basketball, and track and field (in which she competes in shot put and discus), she has had many opportunities to mentor younger struggling athletes.

“I think at some point everyone has struggled with their mental strength,” Burt said. “We have to face our failures and not be afraid to make mistakes. When you face adversity, you have to make that decision to battle through it.”

The Lady Rattlers were battling against adversity in a four-set match against De Leon recently, and the Lady Bearcats were pushing to force a fifth set.

Tolar coach Misty Rhodes called a timeout to ask a simple question, “Who wants it?” and that’s the mental attitude Burt said she loves about her coach.

“Coach Rhodes is awesome. She believes in us. She knows that we are insanely mentally strong and has all the confidence in the world in us,” Burt said. “That gives us confidence in ourselves.”

Burt exudes confidence, and she’s got a great sense of humor, too.

What is her favorite school subject?

After a short laugh, Burt became serious and explained how she has plans to become a speech pathologist and work with children.

Last year’s undefeated district volleyball season is one of her favorite sports memories, along with Tolar’s return to the basketball playoffs. Those experiences have left her hungry for more.

“There are heavier expectations for us this year, and it was excellent being district champions, but we want more this season. We want to go deep into the playoffs,” Burt said.

Burt’s willing to give up individual postseason honors if her teams make the playoffs this season, but she will likely repeat as an all-district player in volleyball and basketball.

“I’m just happy to be out here after last year and not having so many restrictions when we are on the sidelines. Now we can concentrate on playing volleyball,” Burt said.

Burt is the daughter of George Burt and Andy and Amanda Sherley.