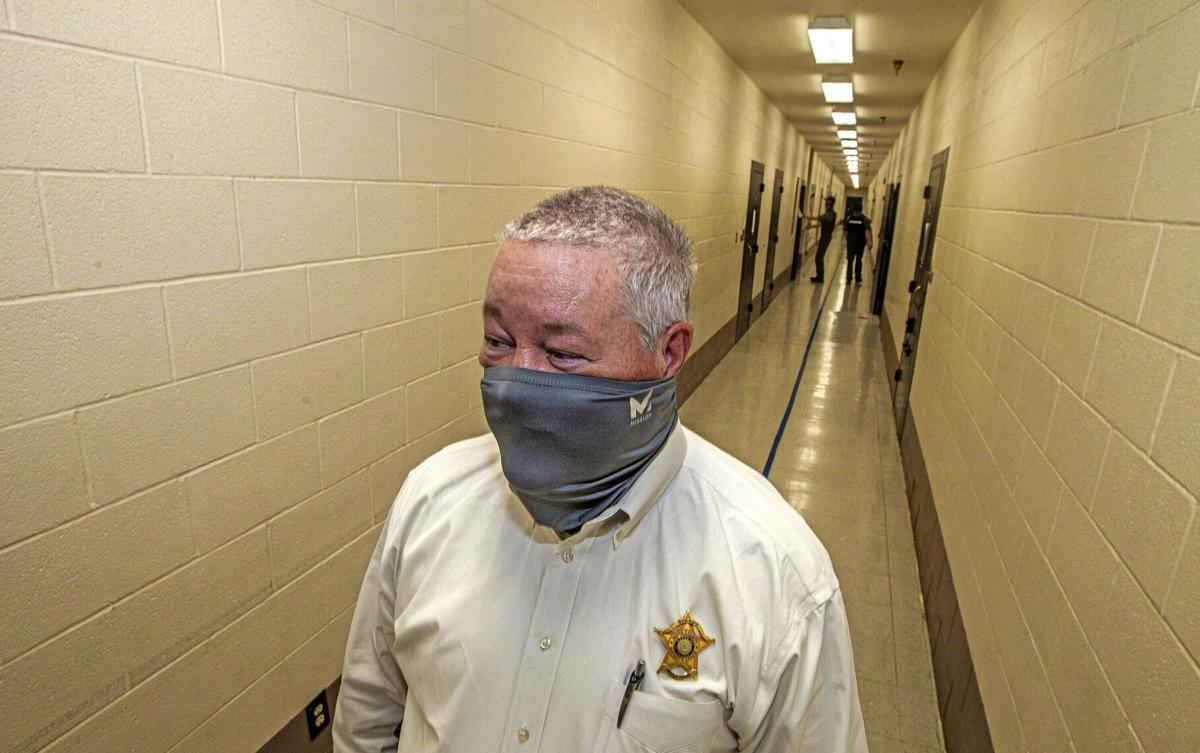 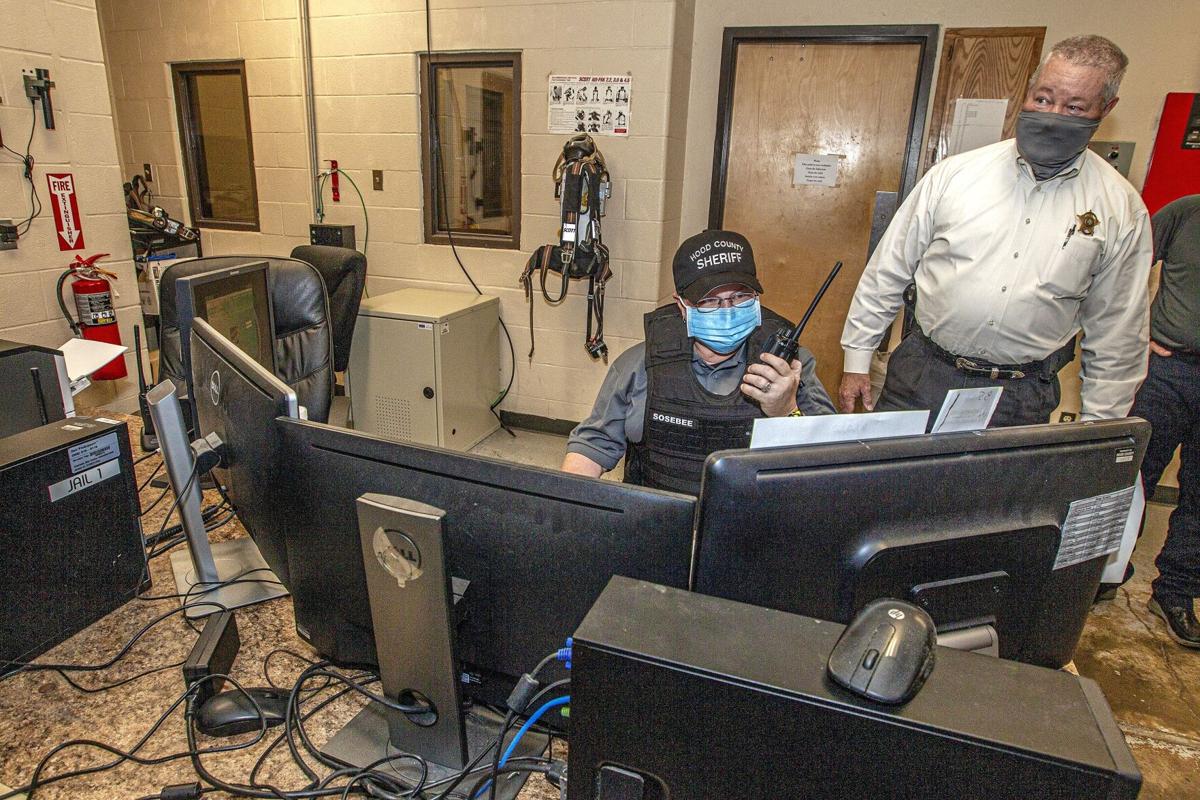 Dora Sosebee, a detention officer, monitors the jail in the control room under the watchful eyes of Hood County Sheriff Roger Deeds. The control room is the nerve center of the jail, and is where the first signs of disturbances are noticed. Photo taken inside the Hood County Jail Wednesday, Sept. 16, 2020. 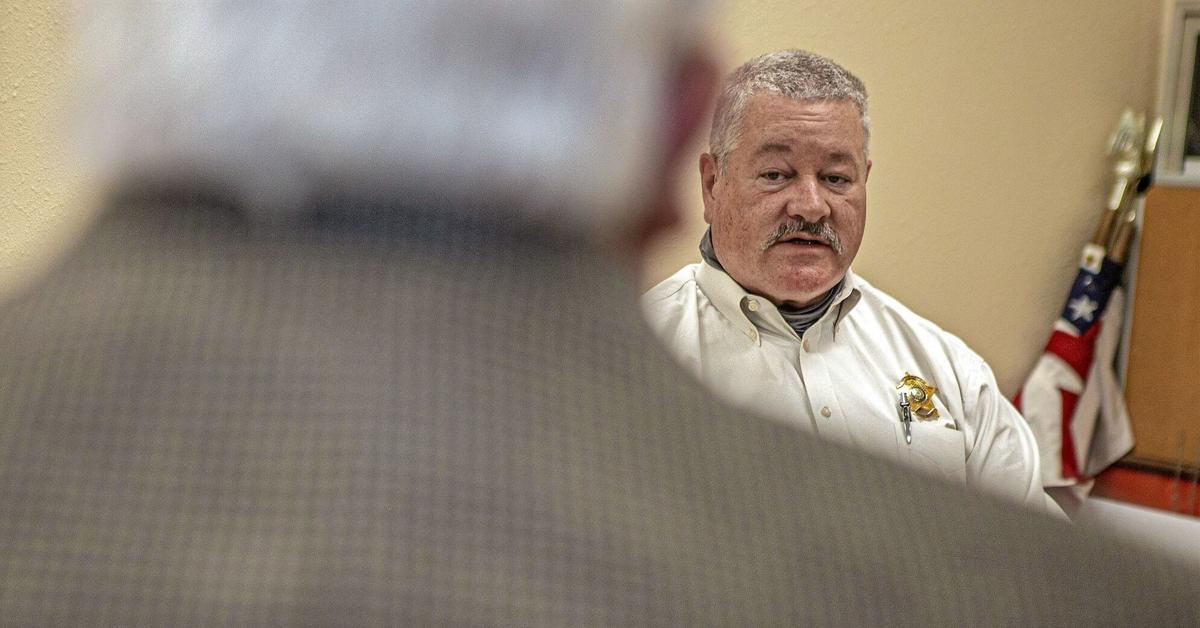 Dora Sosebee, a detention officer, monitors the jail in the control room under the watchful eyes of Hood County Sheriff Roger Deeds. The control room is the nerve center of the jail, and is where the first signs of disturbances are noticed. Photo taken inside the Hood County Jail Wednesday, Sept. 16, 2020.

Inmates have been sneaking in drugs to the Hood County Jail through the mail, according to Hood County Sheriff Roger Deeds.

With visitation to the jail temporarily restricted due to COVID-19 restrictions, Deeds said they recently discovered that letters soaked in liquid infused with methamphetamine have been getting past the guards.

“It’s come to our attention in the last six to eight months,” Deeds said. “Otherwise, we had no idea what they were doing until we started to run the drug dogs on the paper. Even though it’s dried and doesn’t have any powder, the dogs will still hit off of it.”

Inmates literally tear off a piece of a letter, chew on it and get high, Deeds said.

According to Deeds, sneaking in drugs through the mail is not new.

“We’ve had more of an influx of people trying to mail in books and envelopes and they’ll try to smuggle meth or different drugs in the envelope or in the letter,” Deeds said. “Recently we found actual methamphetamine in some of the envelopes over the last few months.”

But this is different. The sheriff said they started sending letters back to the sender. The pieces of mail that test positive for illicit drugs are kept for evidence.

In most cases, letters are hand delivered to the jail and tested as they arrive.

“We’ve been able to stop (the drugs) from coming in,” he said.

Due to inmates not being allowed visitors because of COVID-19, the sheriff’s office implemented tablets for the inmates to use about a year ago through a company called Global Tel Link (GTL). Through that company, the inmates can contact whoever they want via video chat, instead of seeing their visitor in person.

To silence complaints from inmates about not receiving mail, the sheriff’s office has come up with a solution — electronic mail.

For the sheriff’s office this serves a dual purpose — it gives inmates a way to communicate with loved ones and it prevents the use of mail as a delivery vehicle for illicit drugs.

“Individuals will send mail to a P.O. Box, it will go to a third-party company, this company receives these letters, they scan them and then those letters will be sent to the inmate’s account on their tablets,” said Hood County Jail Captain Eric Turbeville. “They’ll be able to log into their account and see their mail. This obviously eliminates any type of contraband trying to be sent into the jail. Mail such as legal mail, privileged mail, we would still handle that.”

The sheriff hopes to have this new system implemented by May 1, but conceded that this will not stop all contraband from getting in.

“It never surprises me over the years being in law enforcement that people will try the stupidest things,” Deeds said. “In years past they’ve tried to put meth into toothpaste and bring it in and say, ‘My son, he just came to jail, and he’d like this special kind of toothpaste.’ Well, whenever they try telling you he has to have this special kind of toothpaste or his favorite Bible, then you know something’s up. We provide them free of charge with toothbrushes and toothpaste.”

As for the letters that have tested positive for illicit drugs, Deeds said, “We’re working with the district attorney on some of those cases.”

According to the sheriff, the new tablet mail system will not cost the county or the sheriff’s office any money because GTL gets reimbursed through inmates’ phone card usage that they use to make purchases for movies, books, music and games.

“It’s an extension of our contract with GTL,” Turbeville added. “We’ve always had a good relationship with them.”