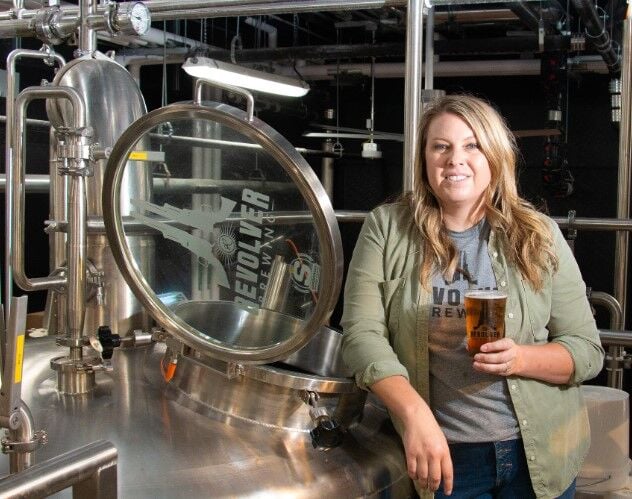 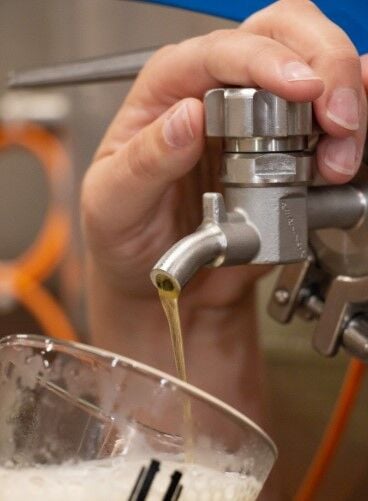 FROM THE TAP: Mares said when the brewing staff come up with an idea for a beer, it can take anywhere from two months to two and a half months before it reaches the consumer. 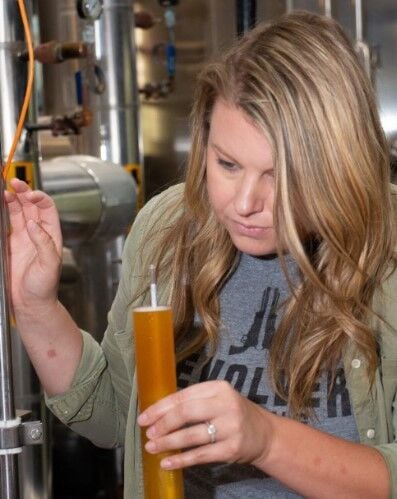 BREWING IT UP: Mares works at two different locations — Revolver Brewery in Granbury and Texas Live in Arlington. 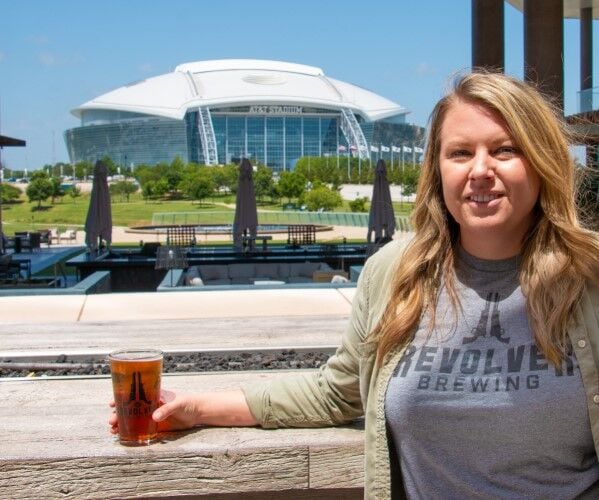 CREATIVE FREEDOM: Mares loves the "creative freedom" she's allowed when it comes to creating new beer flavors. She said she is excited to launch Dem Berries, a parody of Dem Boys, associated with the Dallas Cowboys. It'll be released in the fall at AT&T Stadium, near Texas Live.

FROM THE TAP: Mares said when the brewing staff come up with an idea for a beer, it can take anywhere from two months to two and a half months before it reaches the consumer.

BREWING IT UP: Mares works at two different locations — Revolver Brewery in Granbury and Texas Live in Arlington.

CREATIVE FREEDOM: Mares loves the "creative freedom" she's allowed when it comes to creating new beer flavors. She said she is excited to launch Dem Berries, a parody of Dem Boys, associated with the Dallas Cowboys. It'll be released in the fall at AT&T Stadium, near Texas Live.

Most people don’t get the chance to taste, discuss and brew beer every day — but Revolver Brewing Brewmaster Megan Mares does.

Mares, 35, is the head of Revolver Brewing’s innovation program, in which she spends time coming up with beer ideas, creating beer recipes and brewing the beer herself.

“We have a beer that was packaged and put in all the Albertsons stores and it's a hatch chile beer,” she said. “Once we kind of have the consumption idea, we'll put together a recipe and then order ingredients through some of our brewing suppliers and kind of get the ball rolling. The other part of it that people don't realize is the legal side of it — TABC (Texas Alcoholic Beverage Commission) that controls all of our label acceptance and approval. Once we have all of the right ingredients, we will either brew it up in Granbury or up in Arlington.”

Mares said brewing typically takes about eight hours to complete by putting the grain in a mash tun, adding hot water, taking some of the fermentable sugars, breaking them down into smaller chunks for the yeast and separating out the grain once all of the sugar is pulled from it — this liquid is now called wort.

Mares said she then takes the wort, adds hops or spices, sticks it into a fermenter and adds some yeast. There, it will sit for anywhere between five days to two weeks while it ferments.

After fermentation is complete, the beer is then filtered and ready to be sold.

“Typically, from the time we think about an idea to the time that it actually reaches the consumer in a tap room is usually around two months to two and a half months depending on what's going on,” she said.

There are three new flavors that Mares is “jazzed” about: Blood and Honey Citrus Blonde, Watermelon Hi and Dem Berries.

"Blood and Honey is an amazing beer and it has these really great spice and orange qualities to it,” she said. “Watermelon Hi, it's a watermelon hibiscus Kolsch, so it's got this really great pink color from the hibiscus flowers that we use in it. It's just a really nice, light sessional fruity beer. Dem Berries ... I love dad jokes, and also love punny names, so at all the Cowboys games they always say like, ‘Who dem boys? Who dem boys?,’ so I was like, ‘How fun would it be to have a blue beer to match that?’ So, it's a blueberry wheat beer that we use blueberries in the brewing process, and then it comes out to, this really cool blue color. When it's released in the fall, it'll be at AT&T Stadium (the Cowboys’ home, in Arlington) and it'll have that really great blue, purple color of the Cowboys, so I'm really excited to see that — being able to see some of these recipes come to life.”

“It's cool to be able to have the creative freedom to just think about beers that you would want to drink in certain situations and then have the capability to make those come to life,” she said. “The coolest thing about being in this position is going out to a place. Obviously, I don't look like a brewer, so being out where people don't know that you made that beer and hearing their natural reaction to it (is great). We were at a comedy show and people were drinking Blood and Honey so it was cool to see people drinking it, getting excited about it and not knowing that you've worked on it. It's very heartwarming to be in a place where people are like, ‘This Watermelon Hi is amazing! Have you had it?’”

One difficulty that many female brewmasters have come across is the fact that brewing is a male-dominated industry, and the lack of diversity in the workplace can be intimidating.

“It's certainly getting better but I think there’s still the perception of there's just not a lot of females, especially on the manufacturing side of it. You see a lot more females in sales, marketing and graphic design, so I think it's really cool to bring a different perspective on what beer is now,” Mares said. “Women drink beer and we want to be validated as a consumer so being able to be a voice for people who are going to be drinking our product is awesome.”

Originally from Wisconsin, Mares started out working in hospitals as an infection disease specialist, testing a bacteria called Clostridium difficile.

“We test it in human stool, so my friends were like, ‘You're a poop scientist.’ I was like, ‘I mean, you’re not wrong, but I would appreciate it if when we're out at bars, you wouldn't introduce me to other people as a poop scientist,’” she said, laughing.

Mares then went from hospitals to bars, where she was working as a bartender while also attending college before landing a job at MillerCoors in Milwaukee in the sensory department.

“You get trained to properly taste beer,” she said. “It's like this very intense training program where it's six months. You have to learn 40 different attributes. You're training for all these characteristics and you have to be able to recognize them. You're blind tasted. It's a really intense program.”

Mares actually trained others on how to taste beer, to make sure it tasted the way it should. She also worked as a pilot brewer and a trade brewer.

The position Mares currently holds as the head of Revolver Brewing’s innovation program opened and she moved to Texas in August 2019.

Mares is also a level three beer Cicerone, aka, the Advanced Cicerone, which took her a year to obtain.

Level one is considered a Certified Beer Server, level two is a Certified Cicerone, level three is an Advanced Cicerone and level four is a Master Cicerone.

“There's 122 Advanced Cicerones in the United States,” she said. “The fourth level is like an insane two-day exam. It's like the smartest people and there are only 18 people in the world that have that so I have my level three, which I'm super excited about.”

Mares said she loves Texas and loves being a brewmaster at Revolver.

“You talk about beer all day and you drink beer all day, but it's in a way that is very educational and to be able to speak on it in a technical level is always super fun,” she said.

Mares currently lives in Hurst with her husband of two years, Alex, and their chocolate Lab, Rufus.