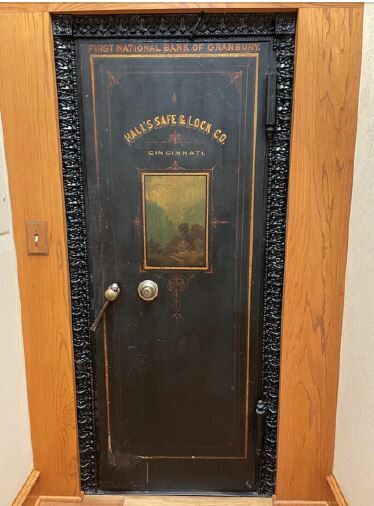 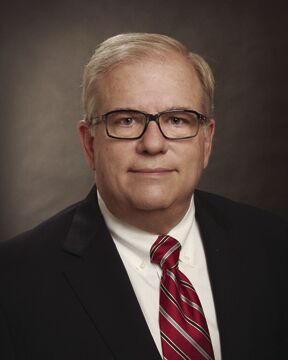 Jake Caraway, a vice president and loan officer at First National Bank in Granbury, is a member of the Board of Directors of the Bridge Street History Center Museum.

As we all know there are many mysteries around the square in downtown Granbury.  The one that I had not been able to clear up is the story behind the Red Bank Building.  Some people call it Mr. Brown’s bank.

Only recently have I come across a very small number of advertisements from the Hood County News archives. The October 19, 1905 edition of the The Granbury News had an advertisement announcing the opening of The Hood County State Bank. The ad listed the officers, directors and shareholders, who were an assortment of well-known Hood County residents. It lists John Hiner as president, H.L. Nutt as vice president, John Brown as cashier and E.B. Hilburn as cashier. During the next seven-plus years, the name of the bank does not appear much.  There are less than a dozen ads and I have acquired two advertising mementos that the bank gave away.

One of them is a good luck coin.  One side has what we now call a swastika, which at that time was a good luck symbol.  There are four other symbols, one in each corner — a four-leaf clover, a horseshoe, a wishbone and one I cannot identify.

In the Jan. 30, 1913 edition of The Hood County News there was an advertisement addressed “To The Public.” It announces that as of Jan. 1, 1913, that the active banking business of The Hood County State Bank was consolidated with that of The First National Bank.

There is no other mention about the reason for the closing. I have found that there was a banking crisis that occurred in 1913. It was a prelude to the Great Depression.  It is possible that this caused the closing of the Hood County State Bank.

The Red Building has found a number of uses since The Bank closed.  It has housed several title companies.  One picture shows Dabney Sanatorium painted in an upstairs window.

Most recently, it housed Dixon and Neuville Law Offices along with Porter Abstract.  In its older days, the local phone switchboard was located on the second floor. There was also a café and a variety store at different times. At this time Red on the Square, a women’s-wear store with a bed and breakfast upstairs, occupies the building.  Scott and Viki Young own it.

There was one other bank located in the limestone building located on the northwest corner of the square.  It faces Houston Street.  It was called City National Bank.  According to a publication by The Comptroller of the Currency, the bank was organized on July 12, 1882.  The charter number was 5808.

The Granbury News dated May 4, 1928 had an article stating that the federal government had ordered that City National Bank be assumed by the First National Bank. The actual transaction occurred on April 30, 1928.  Once again, the closure was due to declining economic conditions.

Coming next time in the Bridge Street History Center column: Maurice Walton writes about Joe Nutt, and the impact he made on the history and development of Granbury.