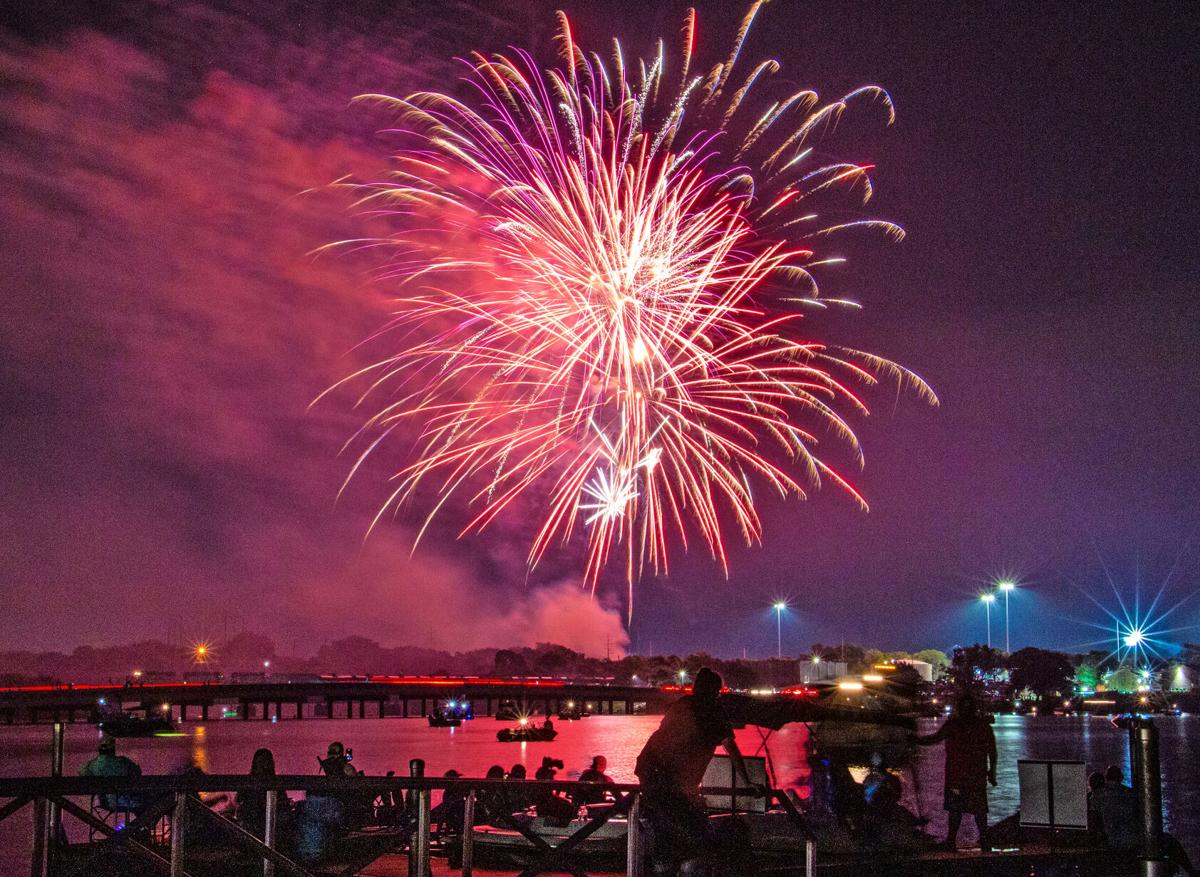 SPECTACULAR SPECTACULAR: The Fourth of July fireworks display over Lake Granbury impressed a crowd that had lined the banks hours before the show. 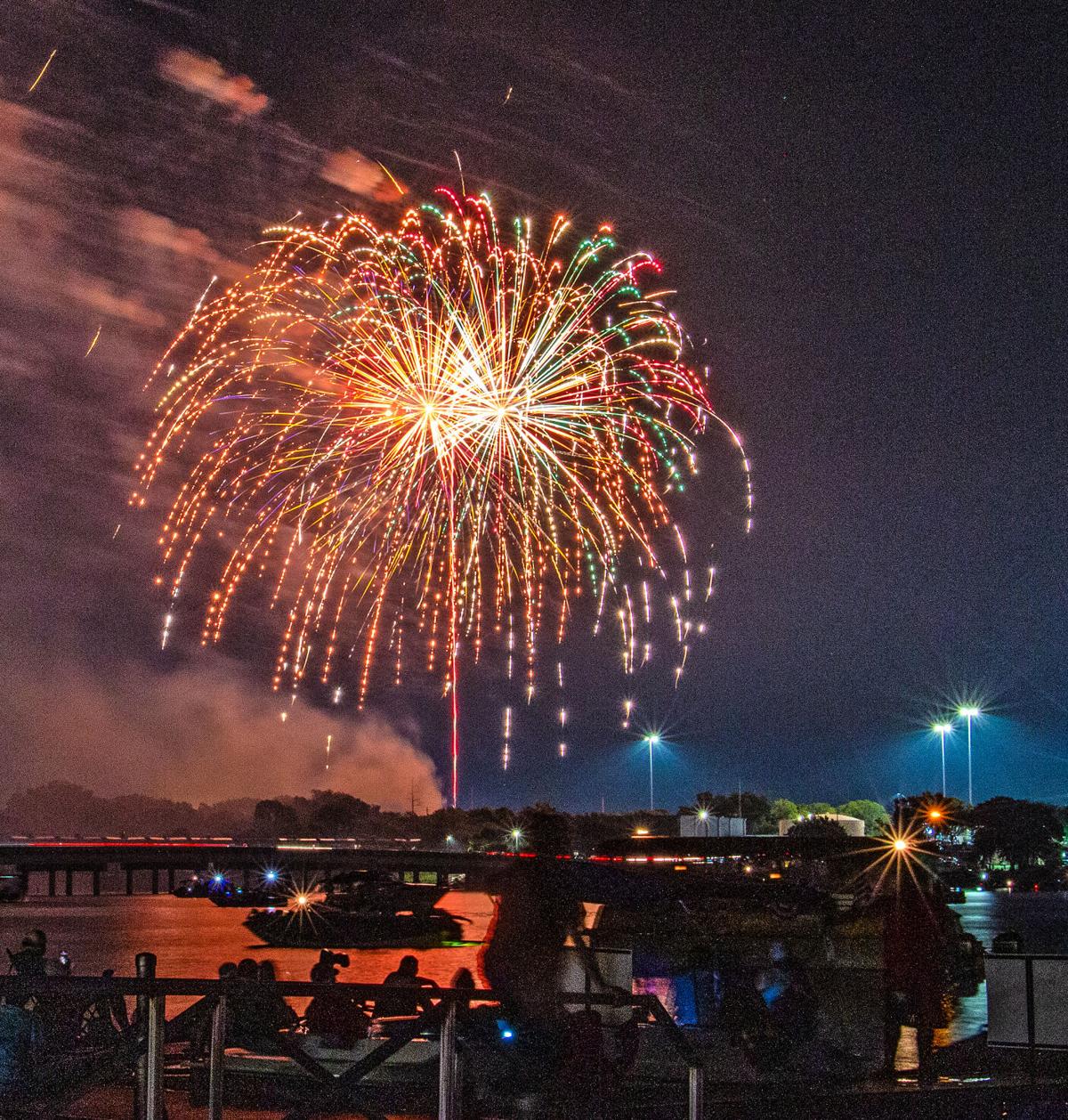 POPULAR VISTA: Many gathered behind Mesquite Pit BBQ for front row seats to the pyrotechnic presentation. 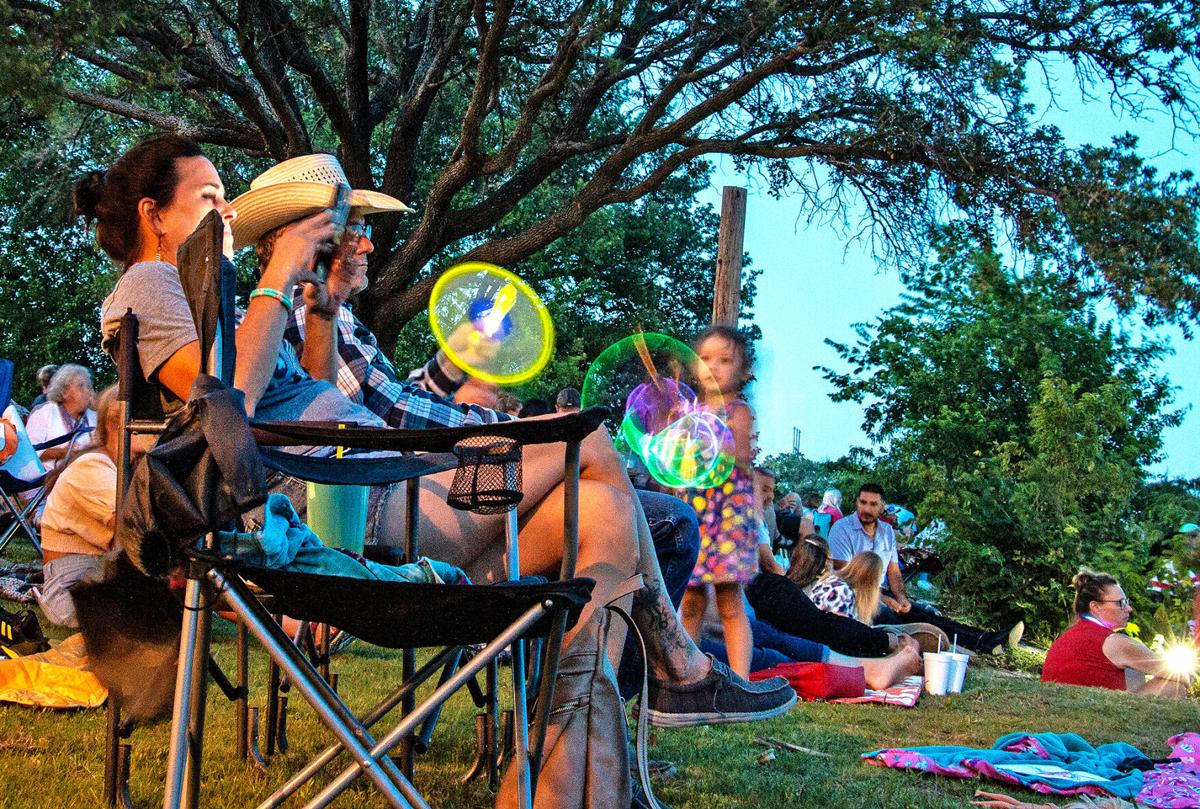 GLAD TO BE OUT: After months of self-isolation during a pandemic, families were glad to be out to celebrate Independence Day with friends and neighbors.

SPECTACULAR SPECTACULAR: The Fourth of July fireworks display over Lake Granbury impressed a crowd that had lined the banks hours before the show.

POPULAR VISTA: Many gathered behind Mesquite Pit BBQ for front row seats to the pyrotechnic presentation.

GLAD TO BE OUT: After months of self-isolation during a pandemic, families were glad to be out to celebrate Independence Day with friends and neighbors.

The fireworks display over Lake Granbury were bigger, brighter, and longer than ever before. At least it seemed that way to a precocious 5-year-old enthralled by the show Sunday night.

“These are the best fireworks ever,” Becca Jimenez said, shouting out from under a tree lakeside, a stones throw from the Mesquite Pit BBQ restaurant.

After all, when you are five years old, you have a couple of years of experience watching fireworks and know about such things.

Regardless of your opinion, if the 1998 (pick a year) show was something to see — there was one mutual feeling, and it was the freedom to get out and enjoy the Fourth of July after months of pandemic self-isolation.

It doesn’t hurt if you plan your day and have a dinner reservation that coincides with the day’s schedule.

“We love it here,” Granbury’s Mike Barron said. “It’s been great to get out, eat the great food and watch the fireworks.”

The two most asked questions at the restaurant: “What do you recommend on the menu, and what direction are the fireworks coming from?”

There seemed to be numerous answers to both quizzes, but the boats anchored between the restaurant and the Pearl Street bridge gave up the fireworks’ general location.

Those onboard Captain Kirk’s Tiki Cruise clearly had it made. They were in the shade and assured of an unobstructed view as they powered out for a three-hour tour highlighted by the light show. Captain Kirk Grable started his trips in April and has been booked well in advance of the holiday.

As the sun melted into the horizon and dusk settled in, there were mortar shell starbursts all along the lakeside as holiday revelers shot off their pyrotechnics. Each loud pop was setting off another youngster’s hopes that the show was about to get underway.

“No, that’s not the Granbury fireworks yet.” Gregg Cockrell explained to his daughter, Agostina, 4, a bundle of energy with flowing brown curls.

As the sky got darker, “when” was the most popular question among the youngsters.

At 9:45 p.m., they got their answer as the professional fireworks began.

Low lying clouds made for the perfect backdrop, and a slight wind carried the smoke northward as every color under the rainbow came out in starbursts, whirling gizmos, and thunderous booms.

It was beautiful and, like all precious moments, ticked by too fast.

As the fireworks reached its climax, a boater’s stereo blared the final strains of Toby Keith’s “Courtesy of The Red, White and Blue.”

Who knows, maybe 2021 was the best fireworks ever, and who will debate against an experienced 5-year-old fireworks-watcher anyway?