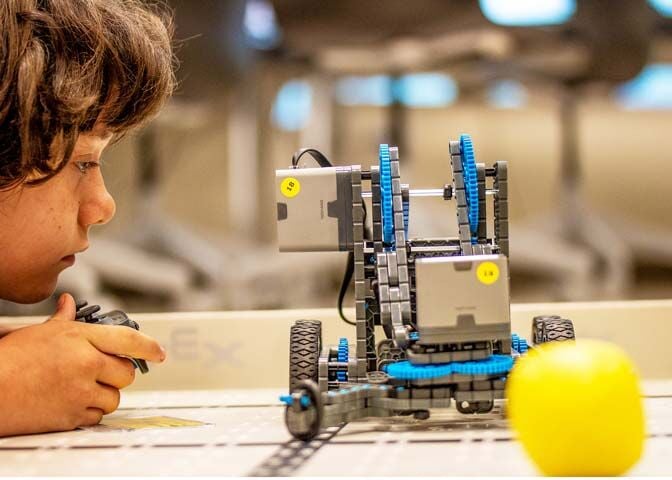 GROUND LEVEL: Logan LeFevre checks out the performance of the robot she is driving. 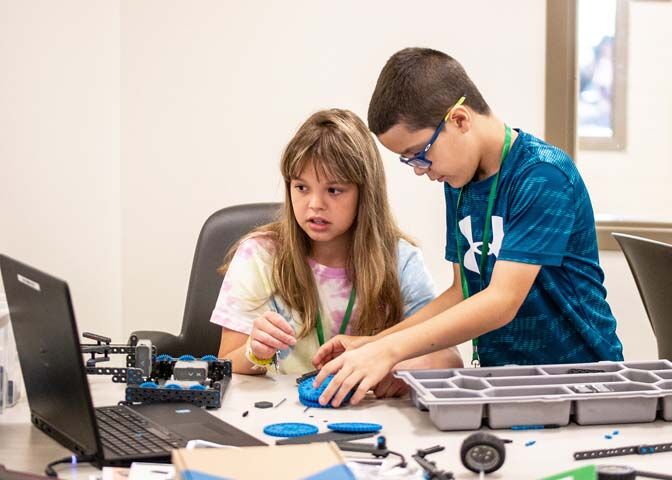 TEAMWORK: Kenly Bedwell and Nathan Ortiz work together at building and coding. 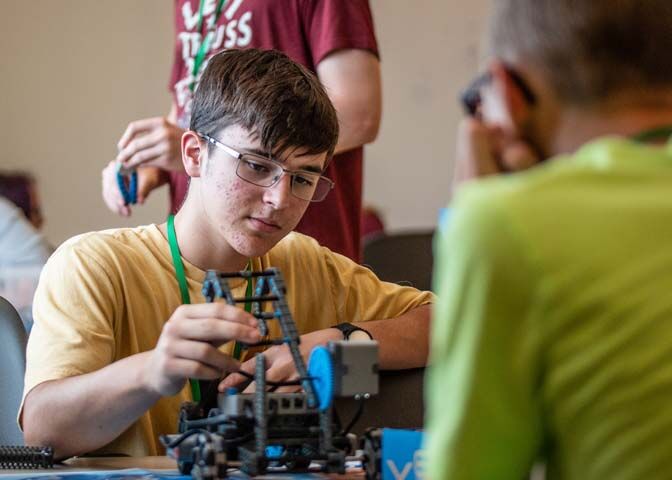 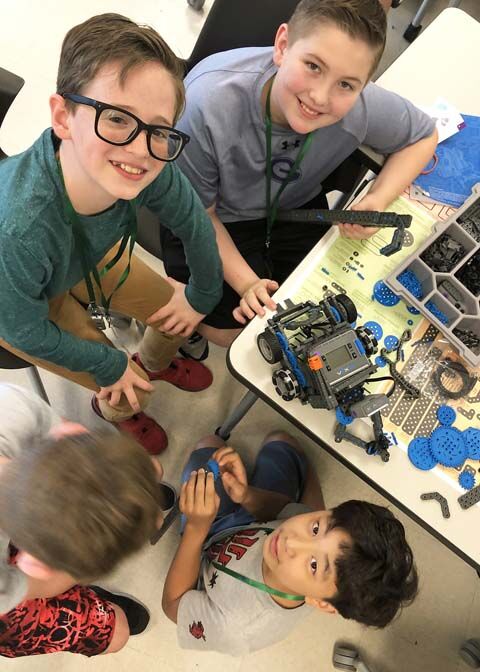 There is about to be an explosion of robotics growth in the Granbury ISD as 20 student teams are being added at the elementary and middle schools for the upcoming school year.

The ISD’s Career and Technical Education Center was abuzz with excitement this week as students from fourth through seventh grade began formulating their plans to build a robot as part of Robotics Camp.

You may have spent your youth drawing patterns with a Spirograph gear and driving a “remote control” car that was tethered to a box in your hand. Your kids and grandkids use a similar-looking gear to build competition robots.

Unlike many summer camps, robotics camp is just the start of the competition season for students, and “camp” is much like that for a sports team, and the athletes are reporting for mini-camp.

The Granbury ISD’s robotic program is in its sixth year and has grown by leaps and bounds, with students now getting the chance to represent their school at the state and national levels. The plans also call for tournaments among the ISD schools.

This year the program received more than $17,000 as part of a federal matching grant to help purchase new equipment and continue growing interest in robotics.

High school students like sophomore Jeremy Hunsinger serves as the “Director of Community Outreach” for the robotics program. And, like his fellow students, he coaches and guides the teams.

“Honestly, it’s like winning the Super Bowl,” GISD technology teacher Angela Jumper said. “Each step of achievement feels just like that, and those moments happen over and over. That’s the kind of atmosphere robotics has – especially at tournaments.”

Students are not piecing together robots for rock-em-sock-em events. The programming and engineering are geared toward accomplishing tasks like pushing or catapulting a ball, climbing stairs, and even having the robot “put itself up” by hanging on different level bars when done.

It sounds simple enough if you are handed a robot and asked to maneuver it with a remote control that looks like an X-Box controller, but these are not toys.

“The students are doing everything from the ground up,” Hunsinger said.

A plastic container is chock full of gears, rubber bands, and phone cord outlets that make up some of the robot pieces. The container looks a lot like someone’s junk box drawer of missing odds and ends rather than parts.

“These are builds done from the ground up, and the campers can decide if they want to build a “hero bot,” or they can go with one of their design,” Hunsinger said. “It’s about 50-50 on what everyone has decided.”

It’s all about having fun while also learning.

In the upcoming school year, every GISD school will have a robotics team for grades 4-7. The competition season will begin June 18 and run through March.

If any Granbury teams have done well in their competitions, they will have the opportunity to advance to the state and national levels in March and April.

Robotics is a wide-open career choice for students with a vast number of industries using technology.

“The main thing we want parents and students to know is we are going to overwhelm them,” Jumper said. “We have jobs for everyone. We have builders, programmers, scouts, and other opportunities for students. All we ask is that they are dependable. Dependability is the most important thing for us in a robotics competition.”

Parents and students can learn more about competition robotics at vexrobotics.com/competition