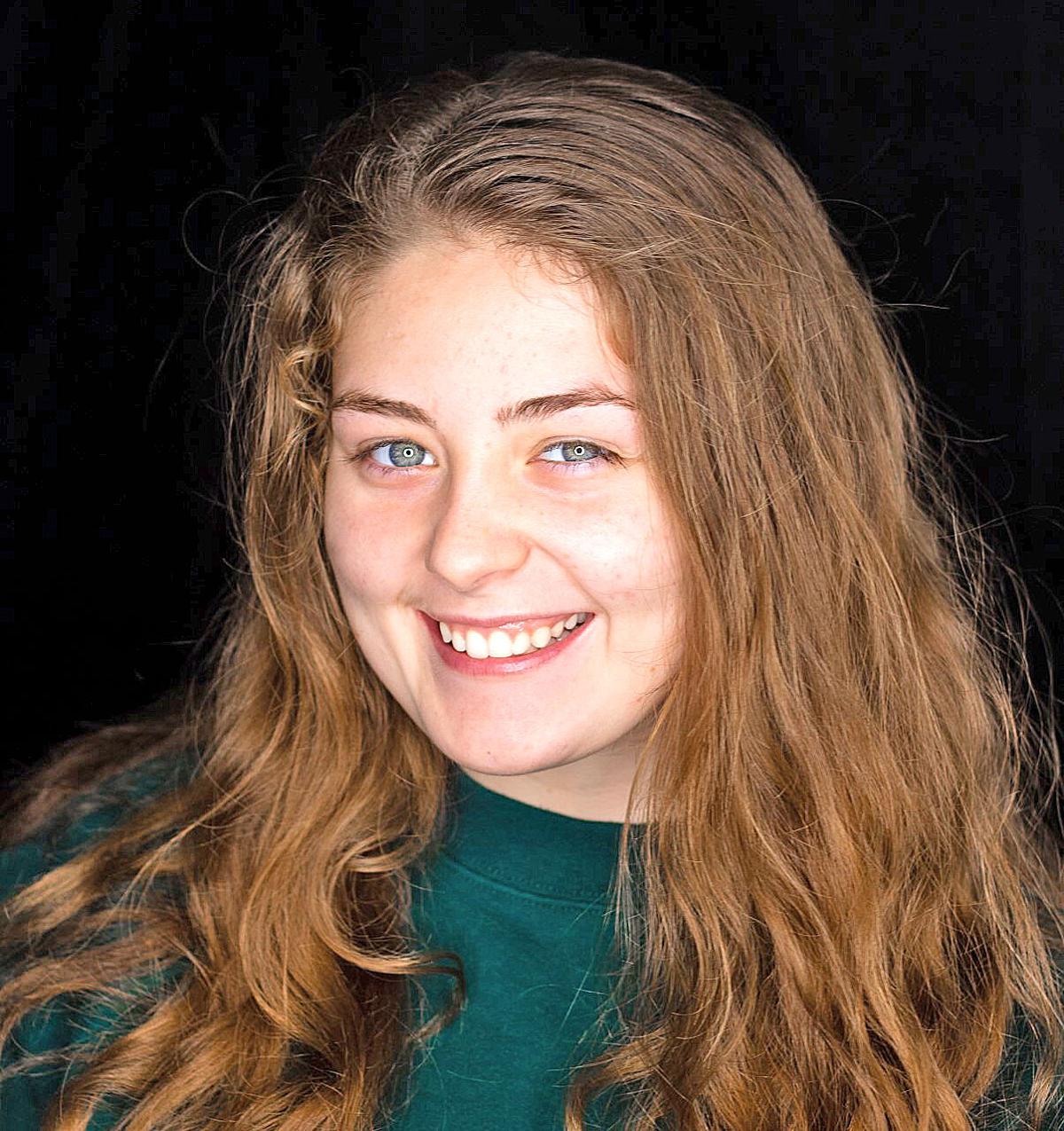 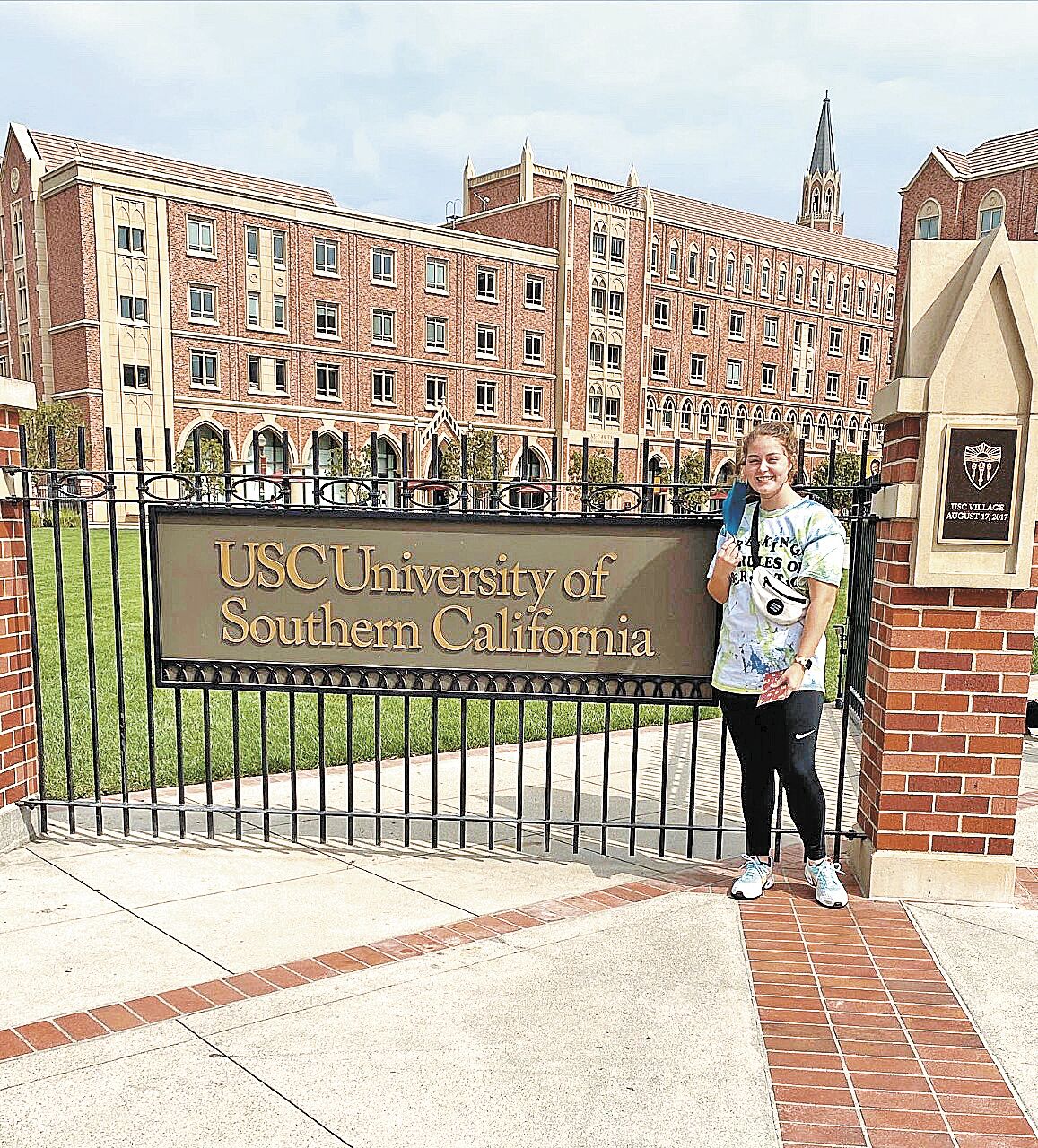 Hodges earned her acceptance into USC with her five-minute film, “Breaking the Rules of Superstition,” in which the main character, Ezra, is convinced he has the worst luck in the world. To challenge his theory, he comes up with a plan to break every rule of superstition he can think of — breaking a mirror, walking under a ladder and picking up a penny on tails.

A year before Hodges made her film, she created a photography journal where she wrote down questions she had about the world. One of those questions was, “Who writes the rules of superstitions and why are they valid?” When it was time to submit her video for USC, she pulled out her journal to see if there were any ideas or questions she could pull from that she could use to turn into a short film. Thus, “Breaking the Rules of Superstition” was born.

“I felt like it (the superstition idea) was the most unique,” she said. “I hadn’t seen that done.”

Hodges posted her submission for USC on YouTube and attached the link to her application per USC’s request.

She said she has always had an interest in film but it wasn’t until fifth grade when she started making cover music videos and skits and posting them on Instagram and YouTube.

“I moved to Granbury from (Benbrook) and I had no friends so I had to find a way to occupy myself,” she said. “There was this app called Video Store on my iPod touch that you could make music videos to any of your favorite songs. Without thinking about copyright at such a young age, I made so many videos and posted them to Instagram and ended up getting a following of 1,500 followers in sixth grade. I saw that it was a passionate community. I started getting in touch with those people and I realized it was a community I wanted to be a part of and I just kept going.”

One thing that drew Hodges toward film as a career is today’s fluctuating and inconsistent work environment.

"I just wanted to do something where I could always have a new challenge every day,” she said. “It wasn’t just a job that I would be sitting at, doing the same thing every day — something that would challenge me to work around difficulties.”

Ironically, during the filming of “Breaking the Rules of Superstition,” Hodges had to deal with real-life challenges, some that actually solidified her belief in superstitions.

"My main character locked himself out of his car one day and my car broke down three times in the middle of filming. It was a film that definitely made me superstitious,” she said, with a chuckle.

Hodges prefers films over short platform videos because “you can develop a better relationship with a character.”

"Because I had recently lost my mom and my uncle, I knew I wanted to impact people in a way that was more mature than the things I had previously posted to YouTube,” she said.

She found out she was accepted into USC on Tuesday, March 30, which, coincidentally, was her uncle’s birthday.

"I knew it was going to come out on my drive home,” Hodges said. “I had a gut feeling. I live in Benbrook so I drive from Granbury to Benbrook every day and as I was in between Cresson and Whiskey Flats, I pulled over into this shady Whiskey Flats gas station, set up my MacBook, set up my iPhone’s WI-FI, opened it and filmed the reaction. I started bawling; I was so happy.”

Hodges worked on her film for about six months and wrote seven essays for USC.

“Seeing that work pay off and being told by a professor who actually interviewed me in February that he had seen me accomplish things that he had never seen a young filmmaker do before and that I had a really strong voice in writing, it just makes it feel like hard work pays off, and — not to be cheesy — but dreams really do come true if you work for them,” she added.

To view Hodges’ film, visit the YouTube link below.