Starting at
$100.00 for 365 days
Get Started
View all rates
You have permission to edit this article.
Edit
Home
News
e-Edition
Diversions
Columnists
Multimedia
Obituaries
Classifieds
Best of 2022
Share This
1 of 3 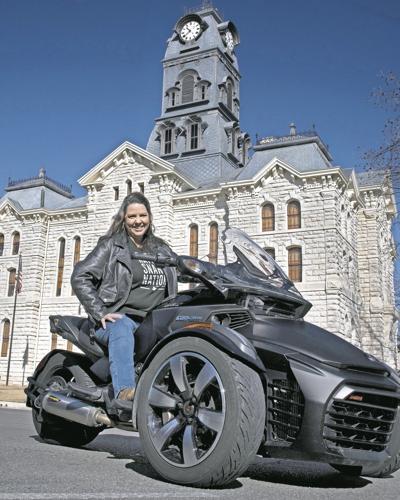 WOMAN ON THREE WHEELS: Granbury resident Laura Bush, who owns Rattlesnake Ballroom in Walnut Springs, got her moniker Spydie, after she fell in love with the three-wheeled Can-Am Spyder. 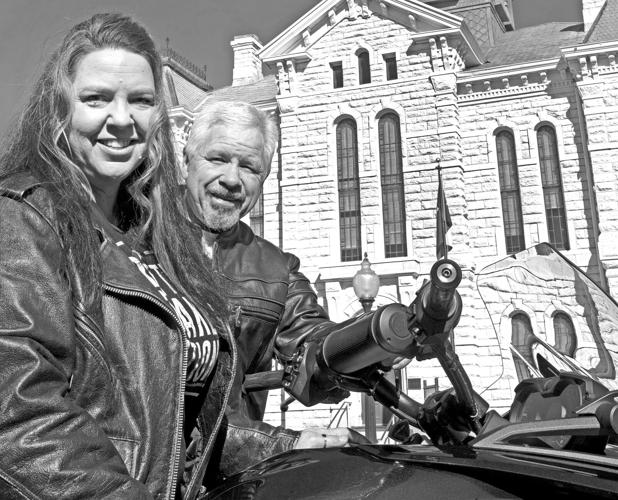 LOVE OF HER LIFE: Laura Bush and her longtime "sweetheart" Paul Bolt, met in the Rattlesnake Ballroom before she bought the business. Both are motorcycle enthusiasts. 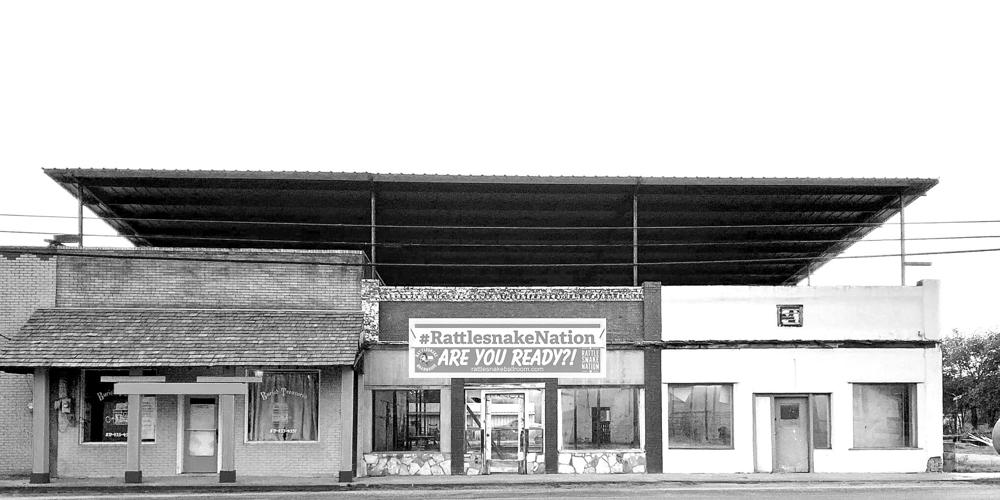 WOMAN ON THREE WHEELS: Granbury resident Laura Bush, who owns Rattlesnake Ballroom in Walnut Springs, got her moniker Spydie, after she fell in love with the three-wheeled Can-Am Spyder.

LOVE OF HER LIFE: Laura Bush and her longtime "sweetheart" Paul Bolt, met in the Rattlesnake Ballroom before she bought the business. Both are motorcycle enthusiasts.

He was diagnosed with a rare cancer that the family later learned was from exposure to Agent Orange — a toxic mix of herbicides — while serving in the Air Force during the Vietnam War.

Frank Littlefield Jr. died in a small hospital in Shreveport, Louisiana, leaving a young girl with a heart full of questions when he took his last breath holding her hand.

When Laura learned of the sacrifice that her father made for his friends, neighbors and even strangers, in the battlefield, that’s when the Granbury resident decided she would live her life to help keep his memory alive.

For her, this means speaking her mind, working hard and having a commitment to her principles.

It hasn’t always been easy.

This 51-year-old's story is stained by the dark depths of sexual assault, but it also revels in the heights that her business triumphs have taken her — her big heart holding her up through all the tough losses.

Laura remembers running into her best friend’s house when she was 9 years old. She had just been assaulted. She cried in her friend’s mother’s lap and asked for her promise to not tell her own mom. Soon after, her family moved to a town far away — and nothing was done.

Then, she was abused again and stayed silent.

She knew it wouldn’t matter to anyone. The man would get away with it — just like before. Or, so she thought.

As an adult, she learned her friend’s mother immediately called her mom, and the man didn’t get away with it.

“I spent years believing no one had defended me,” Laura said.

She recalled sitting on the back porch, telling her brothers what happened to her.

“My brother (Greg) proceeded to give me an exact play-by-play of what he did to that dirty old man,” Laura said.

That bit of brotherly vengeance “completely freed me up in so many ways,” she said.

“I had no confidence, no self-image — all of that stuff,” she added.

Freed from the shackles of her childhood secret, Laura set out to discover the world.

“My brother who was my superhero, took me on a journey to free me in so many ways that I didn't even know what was waiting around the corner for me,” she said.

Greg was killed in a motorcycle accident in 2017.

When the first Can-Am Spyder motorcycle came out, Laura decided to switch from the back of her ex-husband’s standard Honda motorcycle to her own new three-wheeled model.

She fell in love with riding, then, with her new prized possession, she said. And Spydie was born.

“The social world, for me, just exploded at that point,” she said. “The friendships that developed as a result for how benevolent the biker community is, is just mind-blowing.”

Laura is now known in the area motorcycle community as Spydie.

Funny thing is that she did not grow up riding.

In fact, the closest she got to a bike as a child was one of her brother’s dirt bikes when they lived on the Louisiana-Texas border.

More than a decade later, Spydie is using her affinity for motorcycles to help others. She leads a charity ride — Spydie’s Run — each year. The ride benefits veterans.

The event commemorates many special moments for her, including the last time she saw Greg and the first time she crossed paths with her longtime “sweetheart,” Paul.

“I’ve said it many, many times throughout the years, but he’s the wind beneath my wings,” Laura said.

It is hard to miss the Rattlesnake Ballroom in Walnut Springs. Just look for the line of motorcycles along State Highway 144 and you will find an unassuming room packed with leather-clad riders.

Laura’s fondness for the place is not only because of its clientele, but also because she had shared her favorite haunt with two men dear to her heart.

She recalls walking into the place some six years go with a friend she called Mr. Miyagi before he was killed in a motorcycle accident months later.

It quickly became one of her favorite spots — and she even took Greg there before he died.

When the business became available, she pounced.

It was an easy call.

The memory of her friend and brother was an emotional tie too tough to break.

She had to call the place her own.

It is all part of Spydie’s story.

Her business has had to endure COVID-19 — a global pandemic that pulled the rug from under her, forcing the ballroom to shut down for quite some time. True to her persona, Spydie went to Austin to protest COVID restrictions.

Since her childhood trauma, Laura has struggled with her self image.

It isn’t something she advertises, but it is a burden she carries. Every day.

Then a friend who was hosting a body-painting fundraiser asked if she’d participate. A sponsor could pay $300 to pick any woman and have a specialty artist paint her body for a show.

With a lot of liquid courage, Laura agreed to participate if someone would sponsor her.

She thought of every excuse to bow out of the event.

She was still frightened.

But she had given her word.

Her giving heart couldn’t surrender to her own personal issues.

She went through with it. She was the first one painted, and no one other than the artist saw anything until she was fully covered. Her photos were posted online, in the early stages of Facebook, and she had several women reach out to her about her bravery.

She has since launched an international women’s empowerment movement, "Girlz with Curves," that’s made its way to more than 40 countries and garnered more than 22,000 followers on Facebook.

Since moving to Granbury 34 years ago, Laura has done it all: She has successfully run her own business, led dozens of fundraisers and accepted leadership roles in several nonprofit organizations.

When her children grew up, she was known around the community as “Garrett’s mom” or “Madison’s mom.” Both are now adults, 31 and 27 respectively, with their own children. And Laura is now known for the love she gives as a “Gramzie.”

But she is also known around the community for her big heart.

She currently serves on the board of the Bosque Animal Rescue, and for years, she worked at the Boys and Girls Club.

And she coached youth league volleyball for several years after Madison began playing.

Even today, she said, she’ll run into a former player around town — and they will remember her from when she was their coach in the mid-2000s.

“All the players would come in as princesses and leave as warriors, you know, without compromising who they were and their femininity,” Laura said. “Even if they never played volleyball again, they left with a new level of confidence about who they were. And that was important to me.”

Tolar Basketball Camp is about connecting