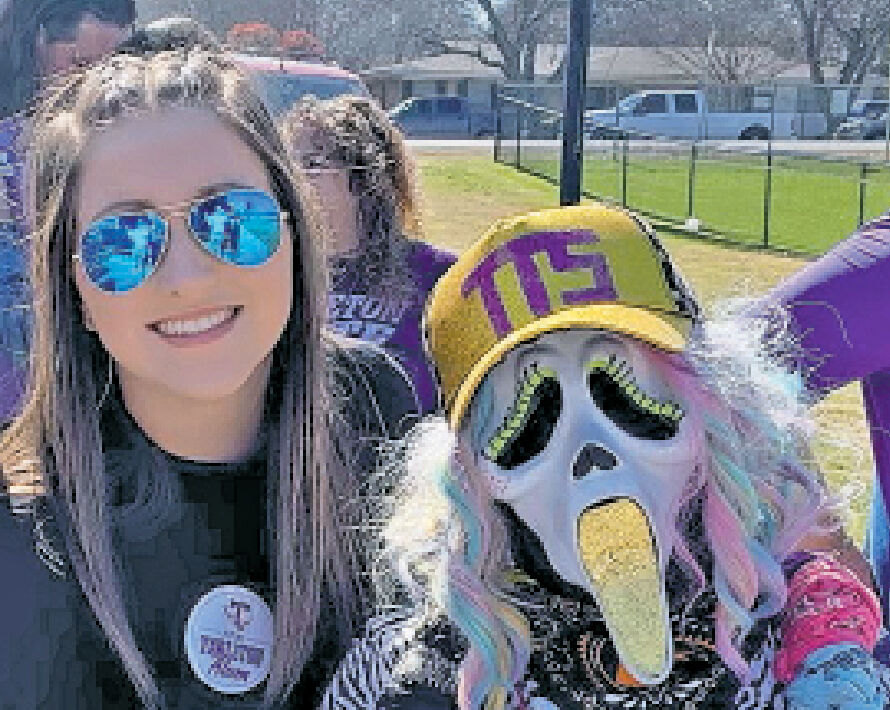 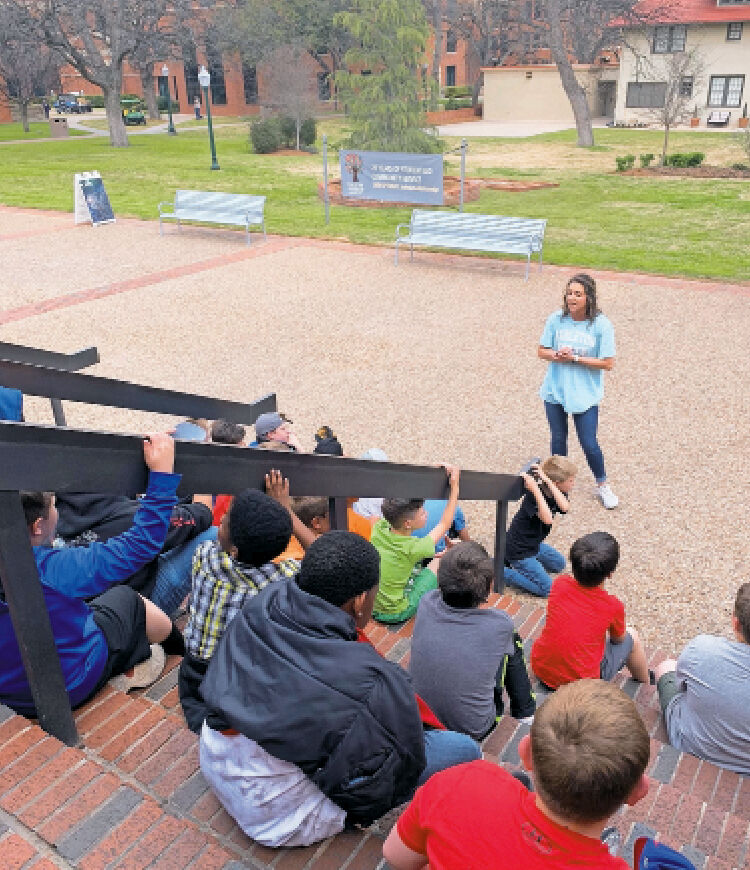 She admitted struggling in school and having no clear vision of the future.

Holmgreen considered several options before graduating from Granbury High School in 2017. She thought about not even going to college but later realized she needed a college degree for financial independency.

She applied to Texas Tech University but was turned away because of her low entrance exam.

She considered other colleges. Nearby Tarleton State University was always near the bottom of the list … too close to home, too small.

However, her parents, both educators in the Granbury school system, encouraged their daughter to give Tarleton a chance. They thought she would do well in Tarleton’s smaller environment where professors know their students on a first-name basis.

It was after about the sixth visit she decided Tarleton was the one.

“Oh my gosh … this is exactly where I need to be,” said Holmgreen, surprising herself. “It felt like home.”

Holmgreen enrolled and is now in her final semester. She will become an elementary schoolteacher.

“I’ve loved every single second of it,” she said. “This is the place to be. Everyone who lives in Stephenville is for Tarleton and wants what is best for Tarleton.”

Holmgreen immersed herself in Tarleton life, counseling younger students and supporting campus activities. Tarleton stepping up to Division I in NCAA athletics this season has given students more reason to celebrate.

“Your president is your best friend, and he’s everywhere,” she said.

Holmgreen has lived in Stephenville throughout college. She’s lived in a dorm and apartment, and now resides in a house, all close enough to drive home and eat dinner with her family or celebrate a relative’s birthday and be back for class the next morning.

Though the outgoing 21-year-old may not be a model student, she could become a model teacher.

“I never thrived in school environments,” she said. “It’s not something that comes easy for me. That’s why I want to be a teacher. I see a lot of students struggling, and I know exactly how they feel. I got through it, and I know they can too.”

She believes the importance of teachers getting to know their students from the start. Students will do better in the classroom with teachers they love and respect, Holmgreen said.

Tarleton’s popularity has caught on with many Granbury High grads. In fact, GHS has become Tarleton’s top feeder high school. Close to 80 GHS grads are enrolled in Tarleton.

GHS and Tarleton have forged a relationship that gives GHS students a clearer path toward college education. The partnership provides automatic admission to GHS graduates who finish in the top 50% of their class and extends automatic scholarships to students in the top 25%.

Said Glenn, “I just shared that I was a first-generation college student that didn’t have much direction from home. I had to self-advocate and rely on others to help get into college.”

Tarleton sent a small army of representatives, waived all application fees and visited with students about what the university offers.

That one day more than 20 GHS students planned to become Tarleton Texans.

Tarleton’s teacher-preparation program has been one of the strongest in this region for many years, Ross said. “Show me a campus in GISD that does not have a Tarleton teacher or administrator on it,” he said.

Also, the principal said, Tarleton’s agricultural sciences and relatively new engineering programs are aligned in such a way that they can provide a seamless “next step” for GHS students in the Career and Technical Education program.