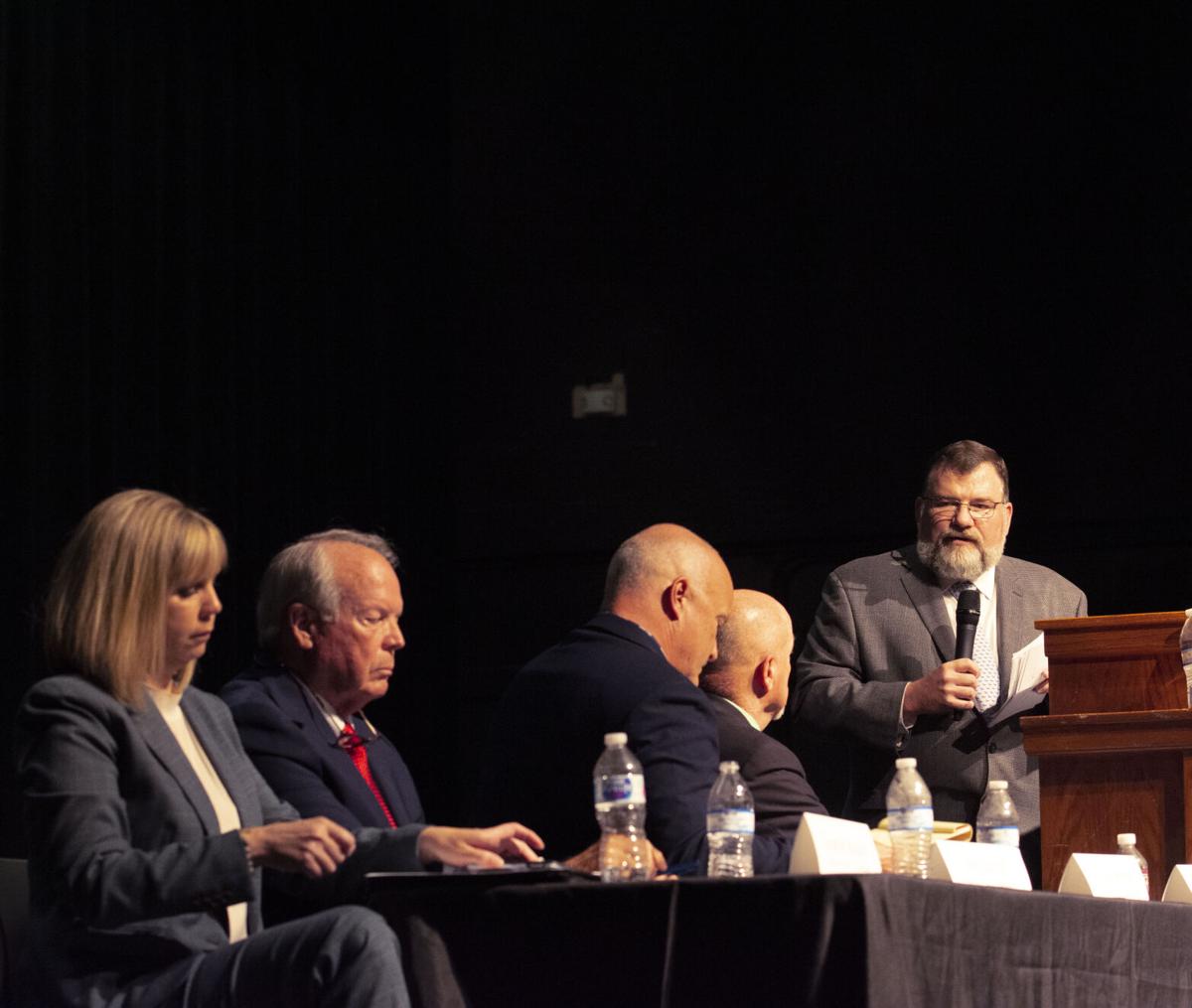 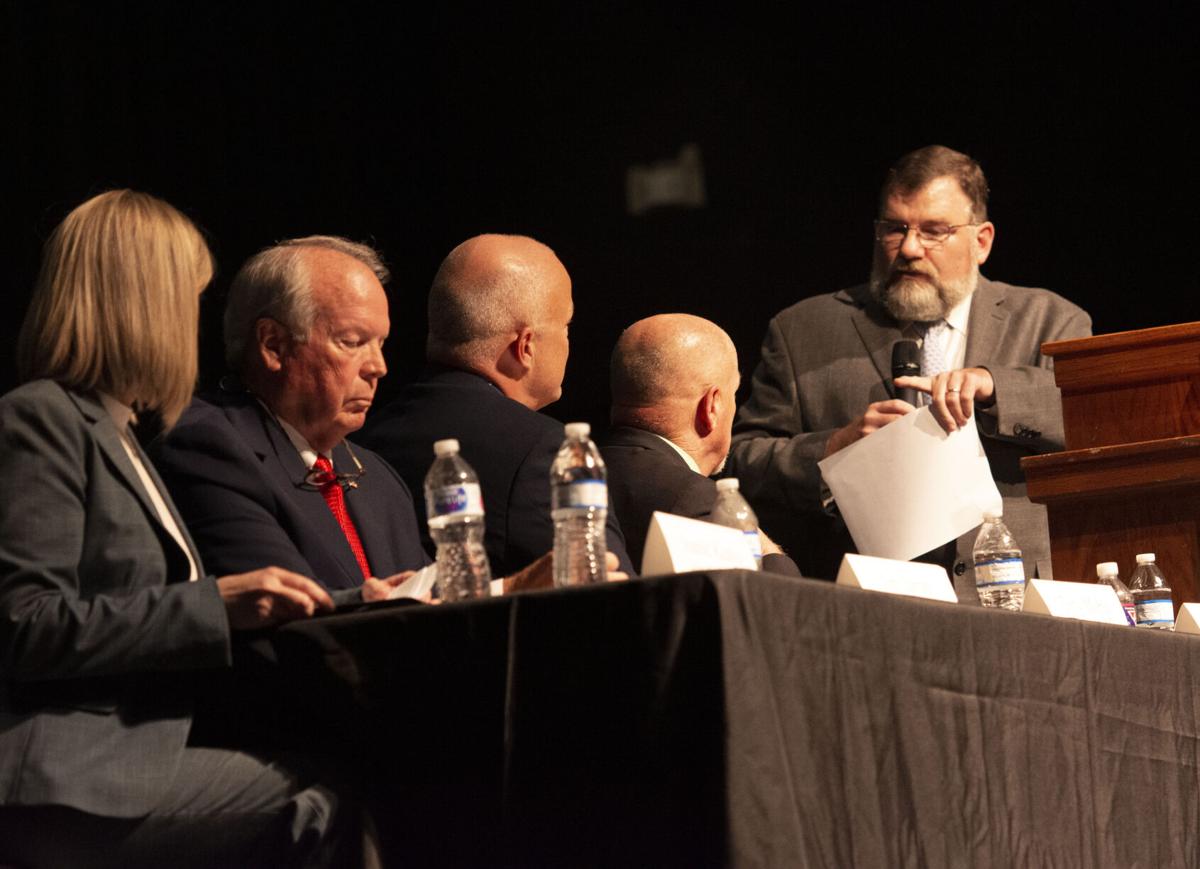 The chamber sponsored the candidate forum and asked Eric Morrow, dean of the College of Liberal and Fine Arts at Tarleton, to moderate.

The chamber sponsored the candidate forum and asked Eric Morrow, dean of the College of Liberal and Fine Arts at Tarleton, to moderate.

An estimated 150 people attended a forum for Granbury City Council candidates Thursday evening sponsored by the chamber and moderated by Eric Morrow of Tarleton State University.

The dean of TSU’s College of Liberal and Fine Arts, Morrow is an associate political science professor and has created a course on public policy. He has a particular interest in civil discourse and democratic engagement, and holds several degrees, including a PhD in church-state and political science from Baylor University.

Early voting is underway for the June 29 special election that was necessitated by the resignation of Mayor Nin Hulett. When council member Tony Mobly filed to run for that seat, he had to relinquish his Place 5 position to do so. That meant that the special election ballot would have to also include the Place 5 seat.

Seven candidates filed – four for mayor and three for Place 5. All participated in the forum, which was held in the auditorium at Granbury High School.

Maureen Griffin, the chamber’s general manager, said that because of the chamber’s “outstanding relationship” with Tarleton, chamber officials felt that Morrow would “bring a neutral delivery of information to the voters, directly from the candidates.”

Morrow told the HCN on Friday that he felt the forum “went very well.” He said that candidates and audience members who spoke to him afterward seemed pleased.

He stated that questions were submitted in advance to the chamber and that he worked with chamber president and CEO Brian Bondy to select meaningful questions pertinent to issues facing the city. He said that he also reviewed the city charter.

Morrow said that audience members also were allowed to submit written questions and that he culled through them, combining some and using them during the forum.

Topics included the wastewater treatment plant planned for the east side of town and development regulations.

Candidates were allowed to give opening and closing statements. All adhered to time limits.

Morrow stated that his questions were provided to candidates in advance so that they could prepare clear, concise responses. He said that each of the four mayoral candidates was given the opportunity to be the lead respondent to a question.

Morrow expressed that he was “thankful for the opportunity to assist the chamber” and that the forum seemed to have accomplished the goal of informing voters.